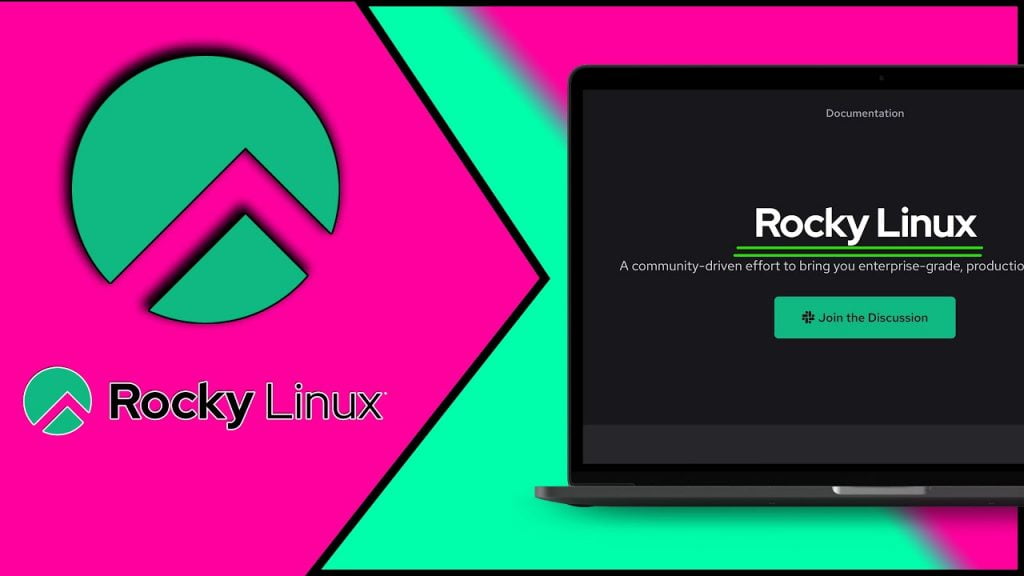 Rocky Linux is a free distribution based on Red Hat Enterprise Linux and intended as a CentOS replacement. Rocky Linux is very stable and user-friendly, but there is a question of whether Rocky Linux can be a good alternative to CentOS. Is Rocky Linux OS better or Centos?

Rocky Linux should be considered the crown prince and successor of CentOS, which with its features such as user-friendliness and high stability, has caused it to be compared with CentOS despite its short lifespan.

We also decided to check Rocky Linux and find the answer to this question.

What is Rocky Linux?

To know whether the Rocky Linux operating system is better or Centos, it is better to get to know each of these briefly first.

Rocky Linux is an HPC-enabled Linux distribution suitable for servers and desktop applications. The operating system is open source and binary-compatible with commercial Red Hat Enterprise Linux (RHEL). Rocky Linux is considered the unofficial successor to CentOS, the RHEL distribution. This operating system is suitable for various purposes and is a durable and user-friendly option for businesses and private users. Rocky Enterprise Software Foundation is responsible for this Linux distribution.

The need for a new free Linux distribution based on RHEL arose when Red Hat announced the end of support for CentOS. Although CentOS Stream is its replacement, it is still not an open-source and RHEL binary-compatible distribution.

CentOS Stream has been released since 2021 and receives numerous updates, which means it lacks the necessary security in some cases. CentOS Stream serves primarily as a testing environment for innovations that may become part of commercial distributions in the future. This has left a gap for CentOS users that two new operating systems will fill.

Rocky Linux was released in 2021, a few months after AlmaLinux. Gregory Kurtzer, the co-founder of CentOS, is responsible for a new version of Linux named after his late colleague Rocky McGaugh. The first stable version of Rocky Linux was released on June 21, 2021, as version 8.4. The version number above is based on the RHEL designation. Rocky Linux is a RHEL emulation and is binary compatible and currently supported by a large and strong sponsor. The success of Rocky Linux depends on whether existing CentOS users accept the new system. With all this, we can say that this project has started well.

If you would like to know more about AlmaLinux as a CentOS alternative, read the article Introduction to the Alma linux operating system alternative to Centos.

What are the advantages and disadvantages of Rocky Linux?

Rocky Linux doesn’t have a long life, so it’s not easy to talk about its pros and cons. However, the very performance of the first few months has shown that this system has the potential to succeed as a CentOS successor. To evaluate the advantages and disadvantages of a Linux distribution, we will take a closer look at the special features.

First, we will discuss the advantages of this operating system.
Team

Before the release of  Linux, users had a lot of faith in the support team of this operating system. As one of the founders, Gregory Kurtzer knew exactly what users of the popular CentOS distribution would appreciate on Rocky Linux; The same thing shows the merit of the successor for CentOS.
sustainability

Stability has always been one of the advantages of CentOS and Rocky Linux focuses on the same. The focus is on a system that works smoothly and without unpleasant surprises due to new updates.
compatibility

Rocky Linux is binary compatible with Red Hat Enterprise Linux, making it a good alternative. Migrating from CentOS, AlmaLinux and other distributions is also very easy with the migrate2rocky tool.
open source

Binary compatibility is not the only feature that Rocky Linux is looking for, but other features such as being open source also remain, which can be said to be useful for all users. If a new version of Linux can unite another large and committed community, nothing should stand in the way of integrated documentation, thorough security management, and regular updates made with users in mind.

Users hope that Rocky Linux can continue what its predecessor started.

In this section, we discuss the disadvantages of Rocky Linux to increase your knowledge of this operating system.
little experience

Rocky Linux is still a newcomer, which is why little is known about the user experience, and user reports or detailed documentation are still scarce. It is not yet possible to definitively assess how good the new Linux distribution is. For companies that rely on their operating system to really run as securely and smoothly as possible, this is a huge downfall.
Uncertain future

The second fall is in a similar direction. Although Rocky Linux is still in its early stages, it is already planning for the future. Whether or not the Linux development team can provide regular updates and develop other possible successors depends on a committed community and the necessary funding.

Large companies are already acting as financial sponsors, however, it remains to be seen how long this support will last and whether the financial resources are sufficient so far.
up to date

The reliability mentioned above may also be seen as a weakness for some users. Although Rocky Linux seems to run very stable like CentOS, the latest programs take time to become available. If you want to always be up to date, you might want to choose CentOS Stream as there are frequent updates to the ongoing version.

Rocky Linux will run more smoothly compared to CentOS Stream. This is an advantage for users who trust stability. However, developers and power users may prefer an alternative Linux region
Comparison

It is an advantage for users who trust stability. However, developers and power users may prefer an alternative Linux distribution.

Who is this operating system suitable for?

The target group of Rocky Linux is already known. Companies and private users who rely on a reliable, user-friendly and free version of Linux will be satisfied with Rocky Linux. The key functions of enterprise, large-scale, cloud, and high-performance computing are integrated, adding Rocky Linux to the list of recommended Linux server distributions.

RHEL emulation is especially worth considering for enterprises. You get a nearly equivalent and binary-compatible alternative available for free.

What are the alternatives to Rocky Linux?

If Rocky Linux fails to grab your attention as a CentOS successor, there are many other Linux distributions that you can choose from, which we will introduce below.

Ubuntu is one of the most popular Linux operating systems. It’s also free, open source, and supported by a large community. One of the advantages of this distribution is its user-friendliness. This system is also very secure and stable.

openSUSE Leap has been available since 2015 and was developed by the Nuremberg company SUSE Software Solutions Germany GmbH in close cooperation with the developer community. The system uses several components of the paid SUSE Linux enterprise solution but is open source and free.

After CentOS announced the end of support, Rocky Linux wasn’t the only successor to emerge. AlmaLinux is also binary compatible with Red Hat Enterprise Linux, developed by a community, and freely available. Whether AlmaLinux or Rocky Linux is a better successor to CentOS will be known in a few years.

In this article, we talked about Rocky Linux, which is an alternative to CentOS, and explained its features. In general, we can say that Rocky Linux is better than CentOS and the reason for that is its better user experience and more stability. If you still have any doubts about this, we recommend that you ask us in the comments section so that we can answer you as soon as possible.