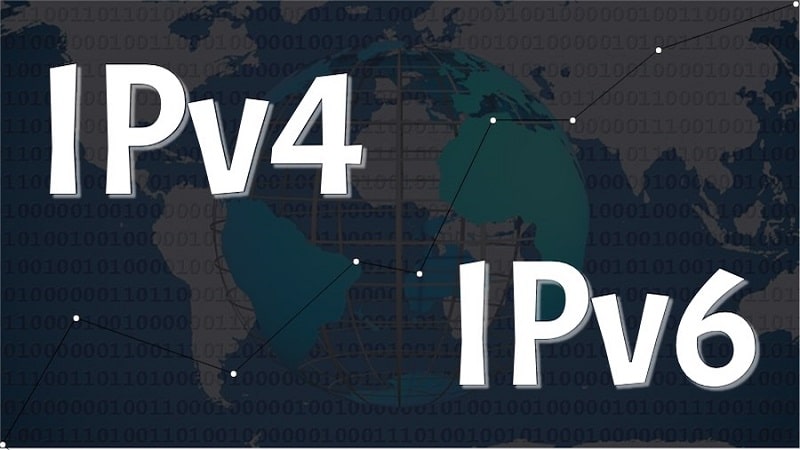 IP stands for Internet Protocol address and is a unique identification number assigned to devices connected to the network to establish a network connection. Different devices connected to a network are known by their IPs.
IP was originally the connectionless data service in the original transmission control program introduced in 1974 by Vint Cerf and Bob Kahn. This service was complemented by the connection-oriented service based on the Transmission Control Protocol (TCP). Therefore, the Internet protocol suite is often known as TCP/IP. The first major version of IP is Internet Protocol Version 4 or IPv4, and Internet Version 6 (IPv6) is known as the successor to this protocol.

Internet Protocol Version 4, or IPv4, is the fourth version of the standard that introduces Internet traffic and other packet-switched networks. This protocol was introduced in 1982 by the Internet Engineering Task Force (IETF). Despite its 32-bit address space limitation, IPv4 is the most widely used version of the protocol. Some of the 4.3 billion unique IPv4 addresses are rapidly depleting. IPv4 can be called the most widely used Internet protocol, which is used to communicate various gadgets on the Internet.

In 1993, Classless Interdomain Routing (CIDR) introduced more flexibility for allocating blocks of addresses. CIDR adds a suffix to the IP address to specify how many leading bits represent the network address. CIDR slowed the growth of routing tables and extended the life of IPv4 by reducing the number of wasted addresses that plagued the class system. CIDR is still the most widely used network routing method for IPv4 and IPv6.

Internet Protocol Version 6 or IPv6 is the latest Internet Protocol version. IPv6 is a communication protocol that provides a system for identifying and locating computers in networks and traffic paths on the Internet. IPv6 was developed in 1998 by the Internet Engineering Task Force (IETF) to address the long-standing problem of IPv4 addressing exhaustion. This Internet Protocol is intended to replace IPv4. IPv6 has removed some of the limitations of it.

IPv6 can support more devices, better security, and efficient connections for the user. IPv6 protocol architecture is similar to IPv4 architecture. Most transport layer protocols that work with IPv4 are also compatible with IPv6. The FTP transport layer protocol is the only layer protocol that may have problems with IPv6. Some of the features of IPv6, in summary, are:
● No need for NAT or network address translation
● Automatic adjustment
● Not interfering with private or intranet addresses
● Simple and optimal routing
● High flexibility
● No need for DHCP server and easy management

What is the Difference between IPV6 and IPV4?

After introducing IPv4 and IPv6 protocols, it is time to compare these two Internet protocols. In the following, the differences between IPv4 and IPv6 are mentioned in various fields.
Increased IPv6 address capacity compared to IPv4.

One of the fundamental differences between IPv4 and IPv6 is the address capacity. IPv6 was designed to meet the ever-increasing demand for IP addresses, which remain a limited resource due to their binary nature. The latest version of the Internet Protocol supports more than 340 billion addresses, representing a significant improvement over IPv4’s capacity of approximately 4.3 billion addresses.

The Difference between IPv6 and IPv4 in network settings

Another important difference between IPv4 and IPv6 centers on the technology and practices associated with network configuration. The DHCP protocol is one where Internet Protocol versions 4 and 6 differ. The DHCP protocol is a type of protocol for dynamically configuring hosts. In this protocol, an IP address is assigned to each address in the network. Every device that connects to the Internet needs an IP address. This address is assigned by a router equipped with a DHCP service.
Address configuration in IPv4 is done manually or through DHCP, but this configuration in IPv6 uses the DHCP6 protocol to configure the address automatically.

An IPv6 address generally consists of two parts: the first sequence is a 64-bit network prefix assigned to a user site or shared network. The latter is a 64-bit host identifier that may be assigned sequentially or automatically generated from the media access control (MAC) interface address.
Unlike IPv4, IPv6 addresses are written as eight groups of four hexadecimal digits. A colon is used to separate each of the eight groups. A typical IPv6 address can look like this: 2004:0cb8:82a3:08d3:1319:8a2e:0370:7334.

Which addresses should be used?

By examining the IPv4 and IPv6 protocols, you may wonder if you should use IPv6 or IPv4 addresses?! The answer is both! You must use both IPv4 and IPv6 addresses.
Almost everyone on the Internet has an IPv4 address or is behind some form of NAT and can access IPv4 resources. In a small number of locations, ISPs offer customers IPv6 primarily or only IPv6 and use NAT, NAT64, or other such solutions for IPv4 connectivity. This number is expected to increase as the IPv4 address space expands eventually. These users will typically have better performance than IPv6.

Each of the Internet protocols, IPv4 and IPv6, have characteristics, similarities, and differences. To choose these protocols, you should consider your needs and get the most benefit from them to reach your goals. So instead of taking a position, measure your needs and take steps to meet them.