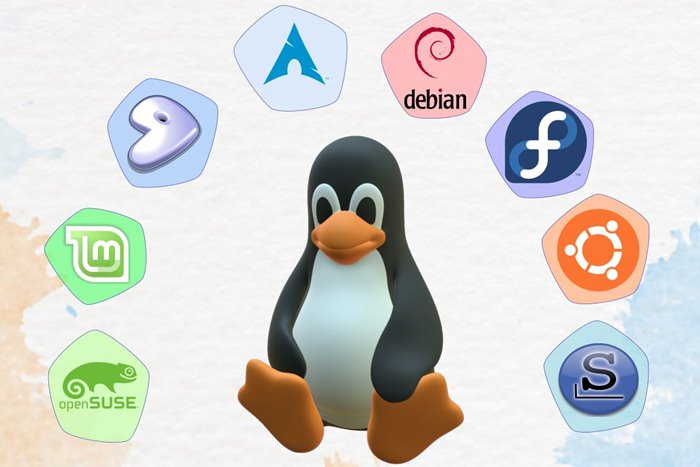 There Are So Many Distributions Of Linux That It Can Be Difficult To Choose If You Are Not Familiar With Them. In This Article, We Will Help You Find The Best Linux Distribution Based On Your Needs And Expertise.

Depending on the application, the answer to the question ” Which is the best Linux operating system ?” may differ for each person.

It doesn’t matter what you use your operating system for; From setting up a server and workstation to a desktop, laptop, and gaming version, there is a distribution for you.

This article looks at examples of Linux distributions considered the best in their field according to their application.

What is a Linux distribution?

Although you can compile all these programs yourself in the open-source version of Linux, it is time-consuming and difficult.

This is where distributions come in handy. Linux distributions do all the hard work, from selecting open-source software to providing it in a ready-to-use format with minimal configuration.

The best Linux distribution for the desktop

Next, we mention the best Linux distributions for the desktop with impressive ease of use. 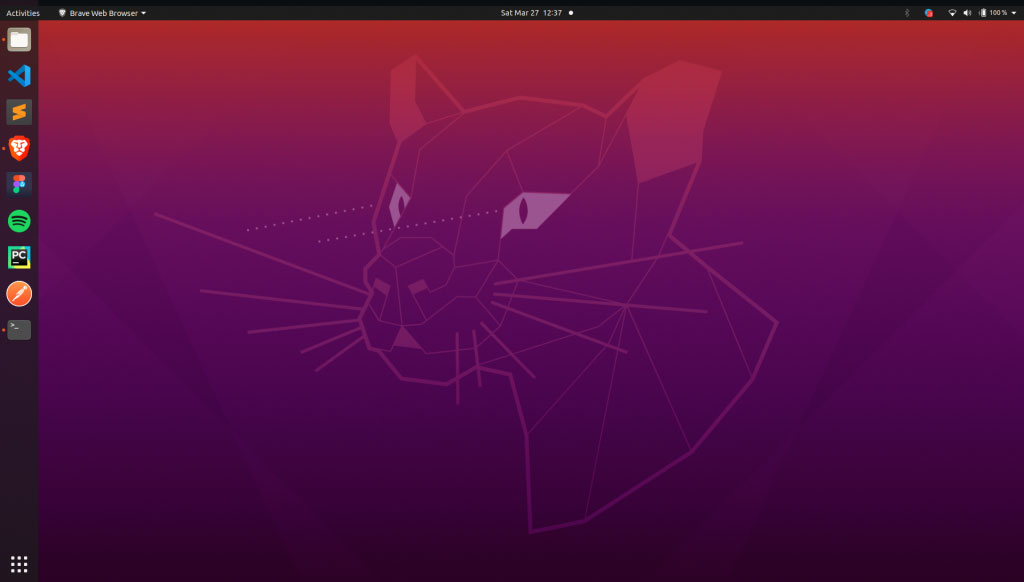 Ubuntu is one of the most flexible Linux distributions with an active community and long-term support. Due to its vast software features, this distribution is viral among beginners and average users. By default, Ubuntu uses Unity as its desktop environment. The Ubuntu user interface is straightforward, and you can easily customize its appearance based on your needs. In case of any problem, you can get help from the vast community of Ubuntu users. 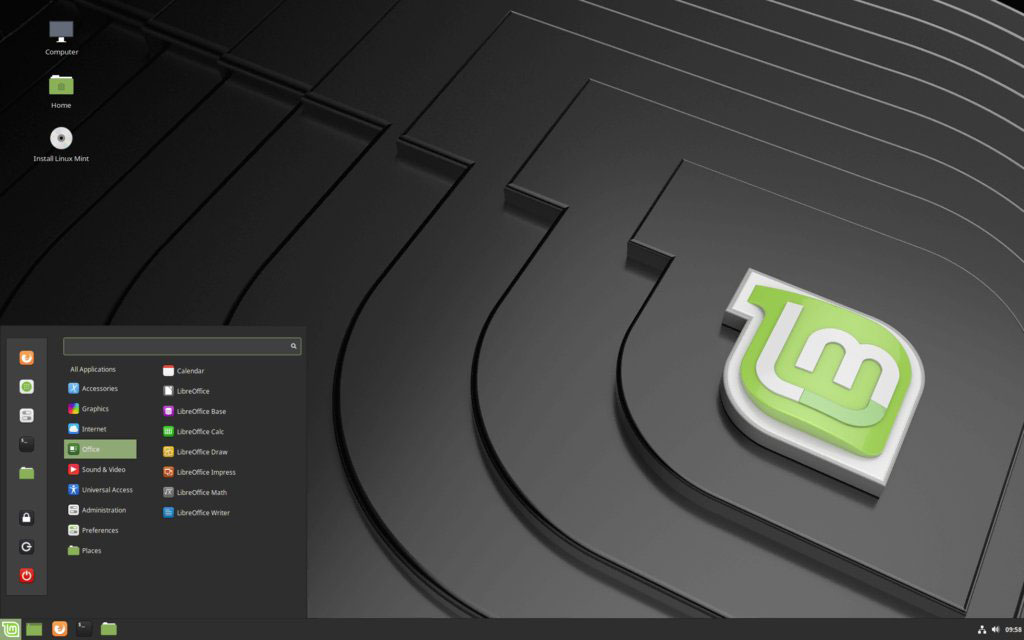 If you have recently migrated from Windows to Linux and are looking for user-friendly distributions, Linux Mint can be an ideal choice. Its default Cinnamon desktop is similar to the Windows system template; Hence, Linux Mint is one of the best Linux distributions identical to Windows.

Linux Mint is based on Ubuntu, so it has all the Ubuntu apps. Simplicity and ease of use make this distribution one of the best options for new Linux users. Also, Linux Mint is an open-source distribution that supports x86 and x64 platforms. Linux Mint has three flavors, each designed for different priorities and a different desktop environment: 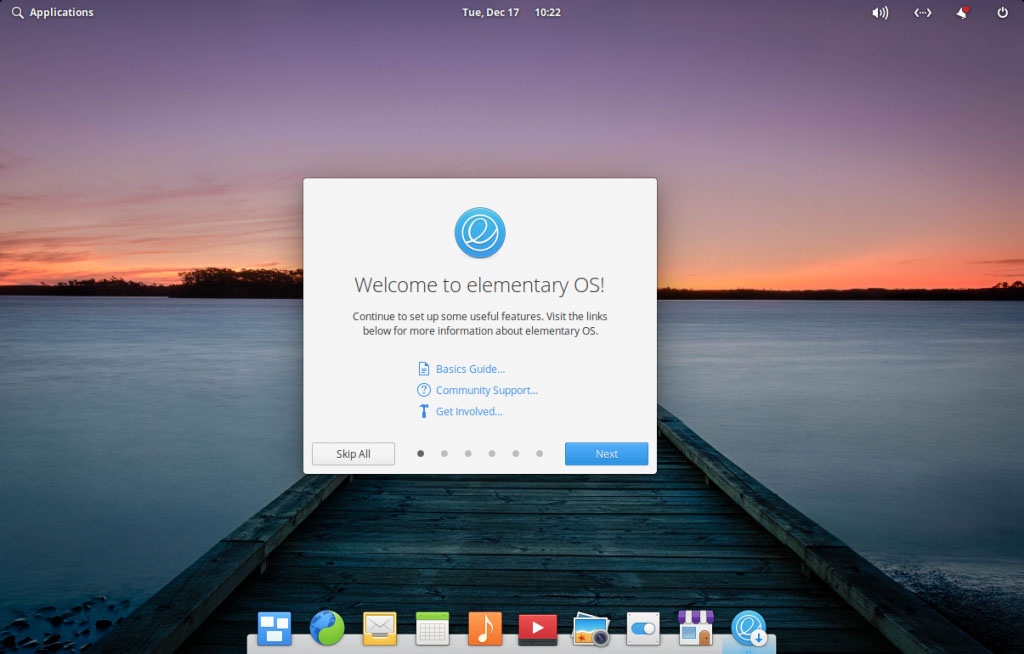 This distribution is based on Ubuntu and focused on a user-friendly Linux environment. Elementary OS may be considered one of the most beautiful operating systems, whose desktop environment is very similar to Mac OS; So, if you have worked with the Mac system before, you can easily cope with it. Elementary OS is light and uses basic packages such as a browser and an email client. You can install a wide range of applications from its App Store. The elementary features of OS are as follows:

However, this distribution also has limitations. For example, you can’t change the look of your desktop without installing other apps like Elementary Tweaks or Pantheon Tweaks. 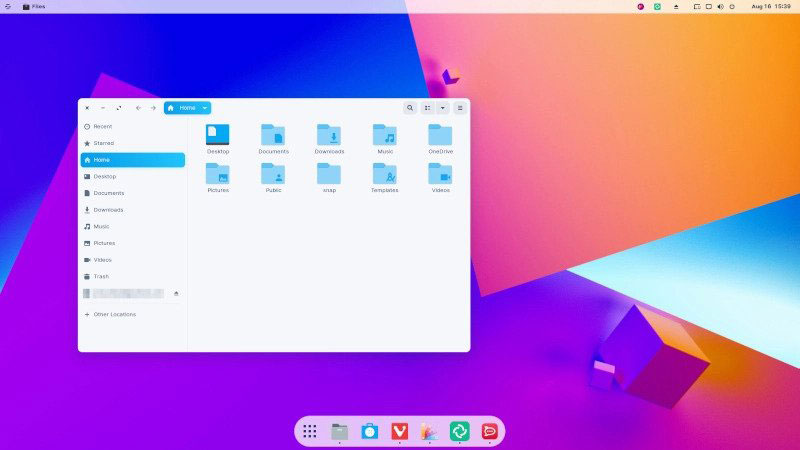 The Zorin OS project started in 2008 and focused on developing user-friendly Linux. The goal of the developers was to make Linux accessible to ordinary users. This distribution is based on Ubuntu and is one of the most beautiful desktops operating systems after Zorin OS 16, especially recommended for beginners.

Zorin has a perfect user experience in terms of technology and aesthetics. You can install Zorin on older PCs; However, ensure you install the Lite version. In general, Zorin OS has been released in four versions, each of which has different features: 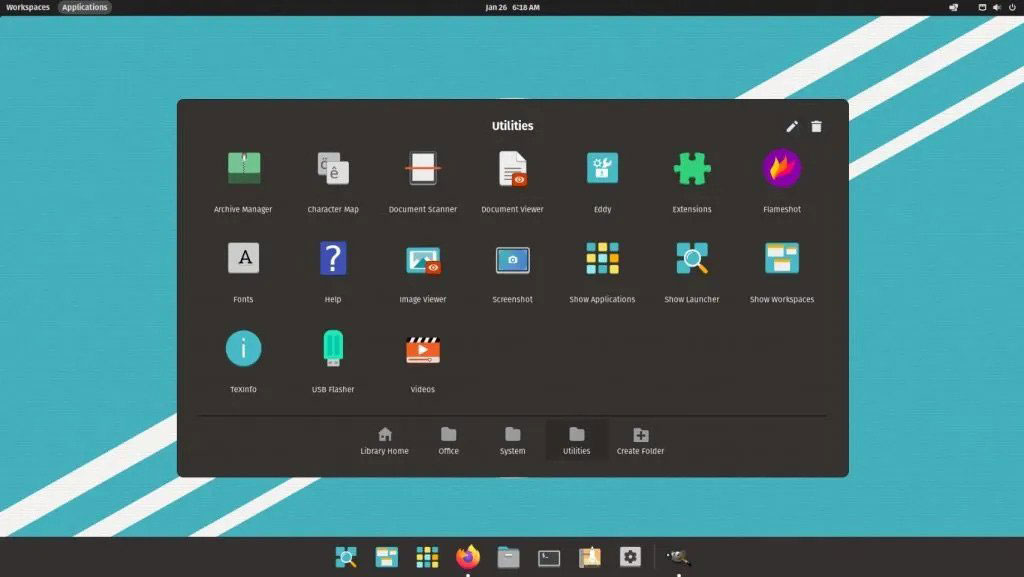 The Pop!_OS distribution developed by System76 is one of the best options for developers and other professional users. Of course, this distribution is not limited to coders and can be a very suitable and unique option for the desktop.

Pop!_os is based on Ubuntu, But it has a smoother user interface. Also, it is equipped with a GNOME desktop environment and two built-in themes, Light and Dark. This distribution is a good option for gaming and has a large set of tools to facilitate development and coding.

Next, we mention some examples of the lightest and best Linux distributions for weak systems : 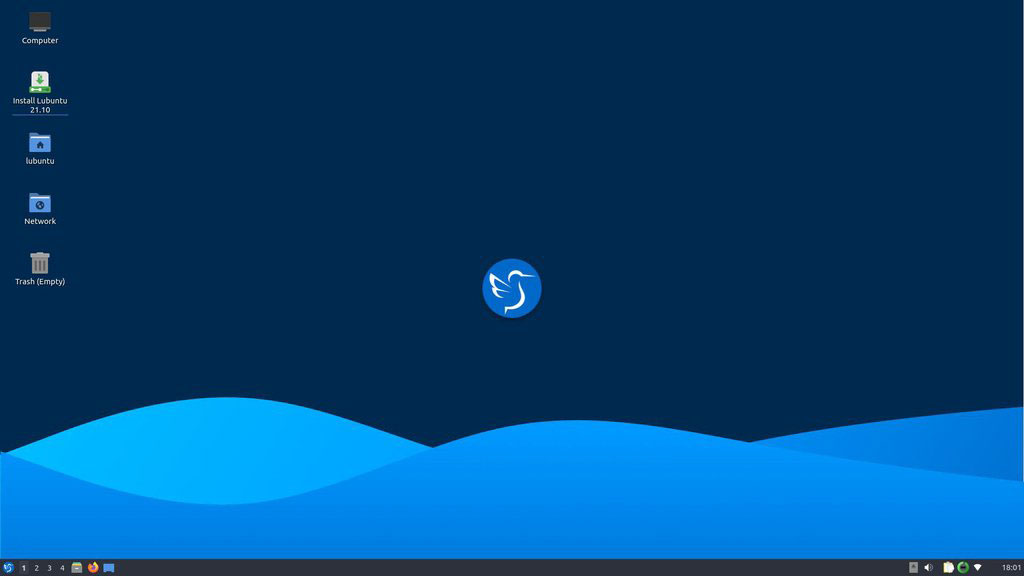 Although Lubuntu is very light, it is a powerful Linux distribution and compatible with Ubuntu software and resources. Thus, users can access thousands of applications and software packages through Lubuntu Software Center. Lubuntu also has a set of light and default applications, such as Trojan and Skanlite. This distribution uses desktop-style environments such as LXDE and LXQt, which minimize resource consumption. 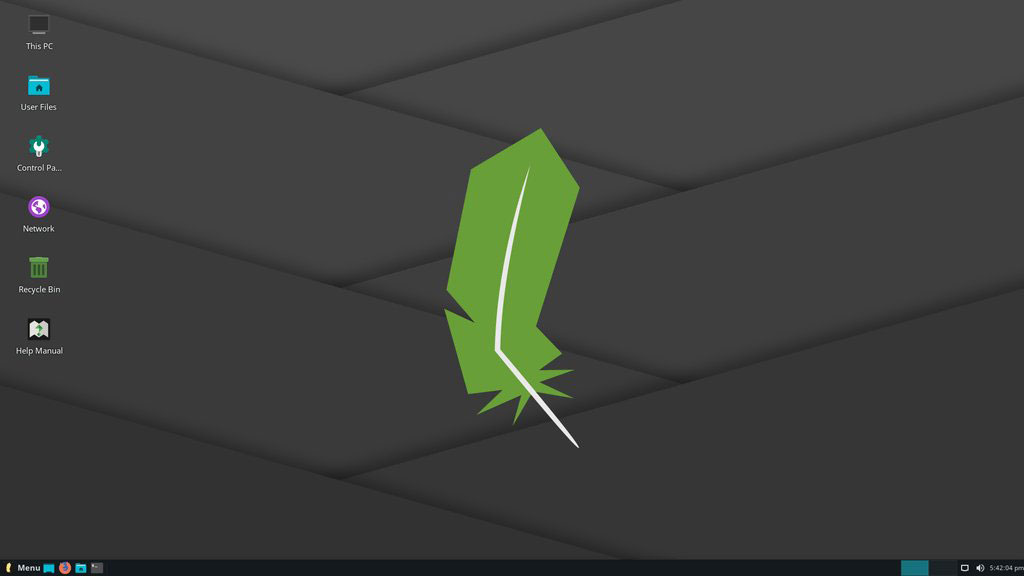 Linux Lite is an open-source operating system based on the Ubuntu Long-Term Support Sets (TLS). This lightweight distribution is recommended for those Windows users looking to migrate to a Linux operating system. The Linux Lite desktop environment is similar to Windows and supports typical pre-installed applications such as Spotify, Skype, and Firefox.

In addition, running Linux Lite does not require a lot of resources; Because it uses the Xfce-style desktop environment. It also has a memory compression tool called zRam that allows for faster performance on older devices. In addition, Linux Lite has a built-in application called Lite Tweaks that clean up and fixes operating system problems.

The minimum hardware required for this distribution includes 1GB of RAM and a 1GHz CPU with two or more cores. This distribution does not support 32-bit architecture and is only available on 64-bit platforms. 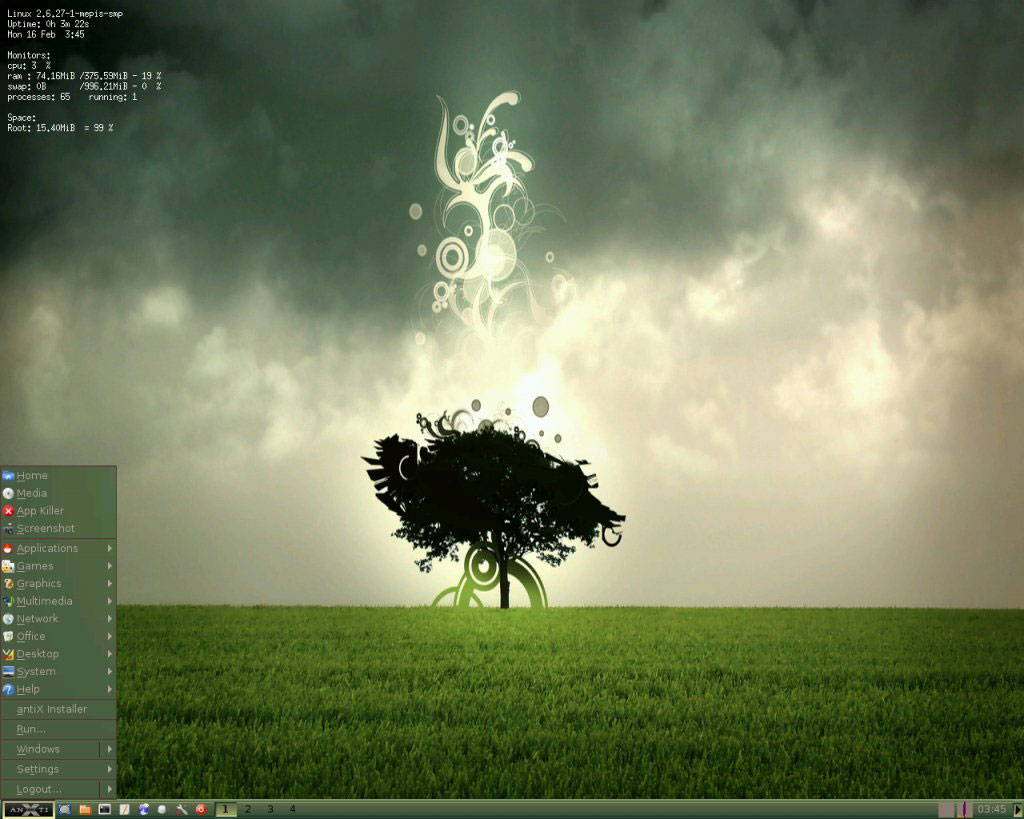 antiX is a fast and lightweight Debian-based distribution for Intel-AMD x86 compatible systems. This distribution helps old and new devices with antiX Magic and Debian-consistent resources. antiX also uses SpaceFM as the default desktop environment. Antix user interface runs smoothly on 256 MB of RAM and requires at least 5 GB of free disk space. Antix has been published in four versions:

However, the latest version of Antix does not have a decorative screen; Rather, it has a gentle user interface that is often dark. If you prefer a simple screen, Antix can be a good option for you.

The best Linux distribution for servers

Ubuntu Server is the most popular Linux distribution due to its remarkable flexibility, scalability, and secure enterprise data centers. The latest version of Ubuntu Server runs on all primary architectures, specifically ARM, x86, Power, s390x, and RISC-V. Another point is that Ubuntu Server uses a command line user interface (CLI).

Depending on your goals, Ubuntu offers a variety of server options. In addition, due to the open-source nature of the Ubuntu Server, you can add up to 100 nodes for free on an Ubuntu Server. Ubuntu Server also has built-in software such as Apache Hadoop, Inktank Ceph, and 10genMongoDB. Also, Ubuntu Server is the most popular Linux distribution for cloud development.

RHEL is one of the most secure and robust Fedora-based Linux distributions. The distribution is available on cloud and IoT platforms and takes advantage of the built-in integration of Red Hat software management, automation, middleware, and data visualization tools.

This distribution also has a ten-year support service. Users receive updates, feature enhancements, bug fixes, and kernel and security update packages during this period. In addition, RHEL supports various architectures such as x86, ARM64, Power, IBM Z, and s390x. This distribution is compatible with multiple significant hardware platforms and thousands of commercial and custom software packages. 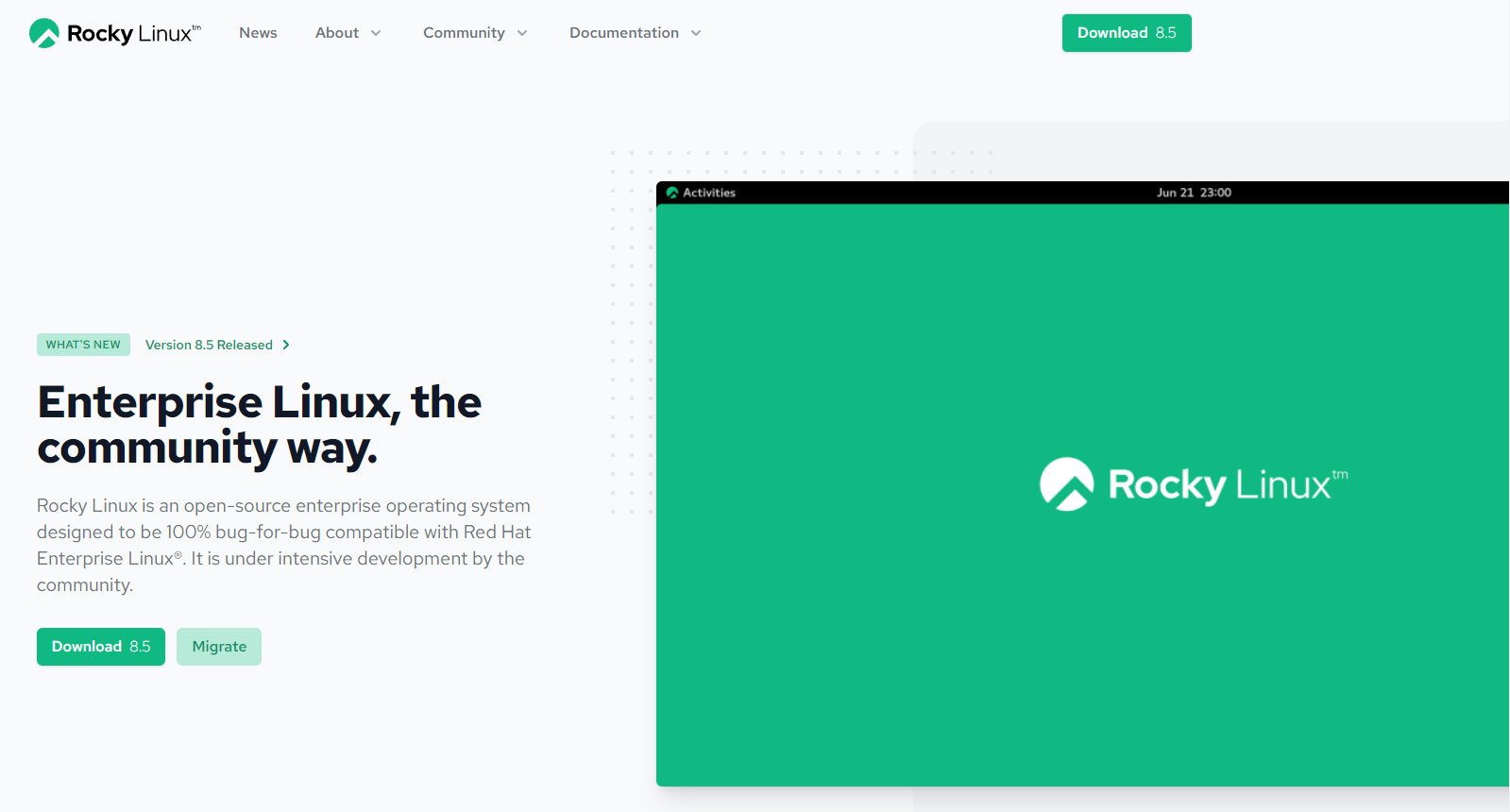 Rocky Linux is one of the best CentOS alternatives and Linux distributions for Virtual Private Server (VPS). Rocky Linux is known for its seamless stability, regular updates, and ten-year support. Moreover, it can be run on both x86_64 and ARM64 architectures.

The best Linux distribution for programming 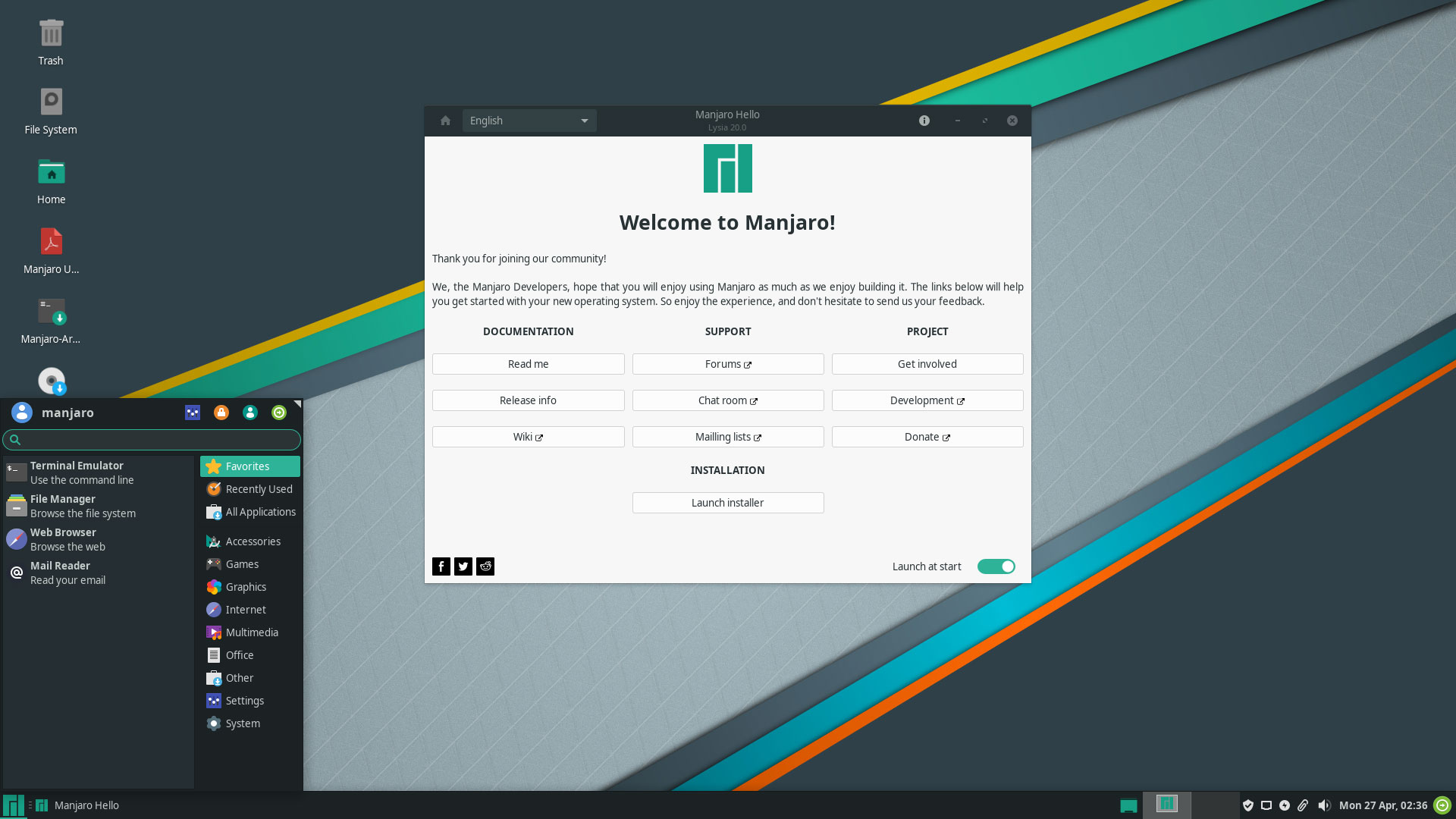 Manjaro is one of the best Arch-based distributions for developers. Arch is also a powerful distribution used to build custom environments. Installing this distribution is difficult, But you can eliminate the hassle of installing Arch using the Manjaro distribution. With the help of the tools and facilities, Manjaro does not have a problem installing and managing the Arch-oriented system.

Manjaro is available in different versions with different desktop environments. If you are a Qt developer, you can use the KDE version of this distribution, which provides tools such as Qt Designer and Qt Assistant.

According to the website of this project, you can use the Manjaro package manager to install IDEs such as Qt Creator, KDevelop, or Netbeans and libraries such as libnoise or boost, or matplotlib. Manjaro also claims that this distribution provides essential software development and compilation tools for other developers. Of course, in addition to your resources, you can access Arch’s Comprehensive User Resources, or AUR, a source of various tools and libraries. 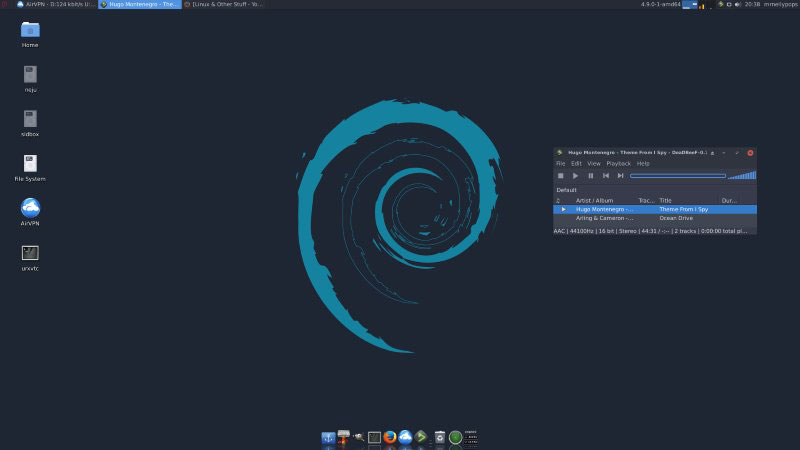 Debian is one of the oldest and most stable Linux distributions. All Debian programs comply with Debian’s free software policies. Packages are carefully selected and tested; so the possibility of system instability is significantly reduced; For this reason, this operating system is an ideal choice for programmers.

If you are looking for an integrated system, there is no better option than Debian. The Debian website provides extensive instructions, such as a chapter on basic programming and its compilation and using Autoconf, which allows scripts to be compiled on other Linux distributions. In addition, Debian is equipped with one of the most significant open-source software resources, So you won’t have trouble finding and installing your favorite programming tools and libraries. 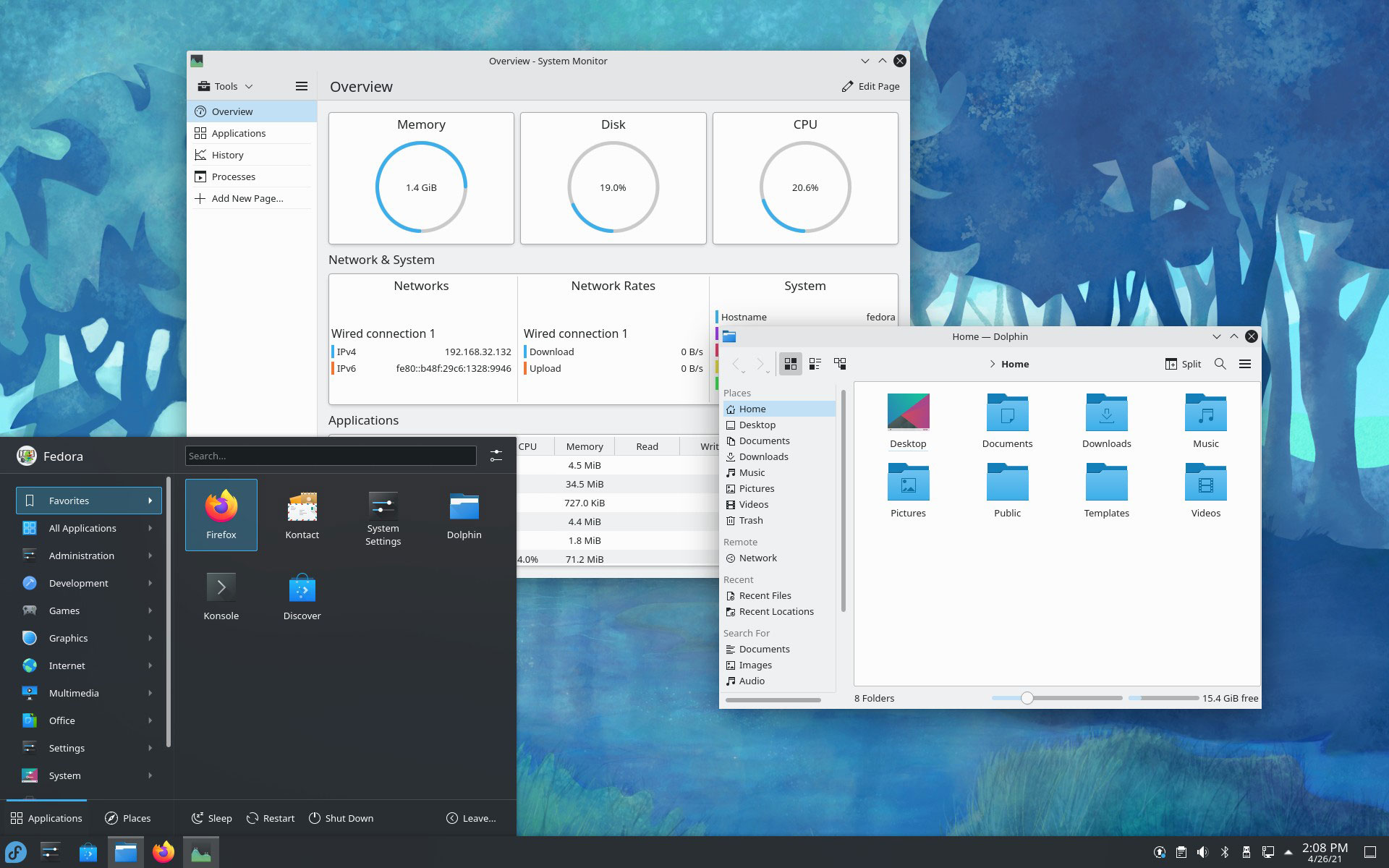 Fedora releases two separate versions: one for desktops and laptops and two others for servers, Fedora Workstation and Fedora Server. If you are looking for a user-friendly desktop operating system, Fedora is a good choice, But according to the creators’ claim, the Fedora workstation is made for developers. This distribution is one of the choices of the creator of the Linux kernel, Linus Terwald.

In addition to easy installation and setup, Fedora has a dedicated developer portal. You can see the entire web, command line, desktop, and mobile application development strategies by clicking Start a Project.

Fedora also has resources such as Eclipse and a complete multilingual IDE. Eclipse is perhaps best known for Java, But it also has an IDE for C/C++ and PHP. You can expand its capabilities with plugins. Also, there is a central section for working with hardware devices like Arduino. 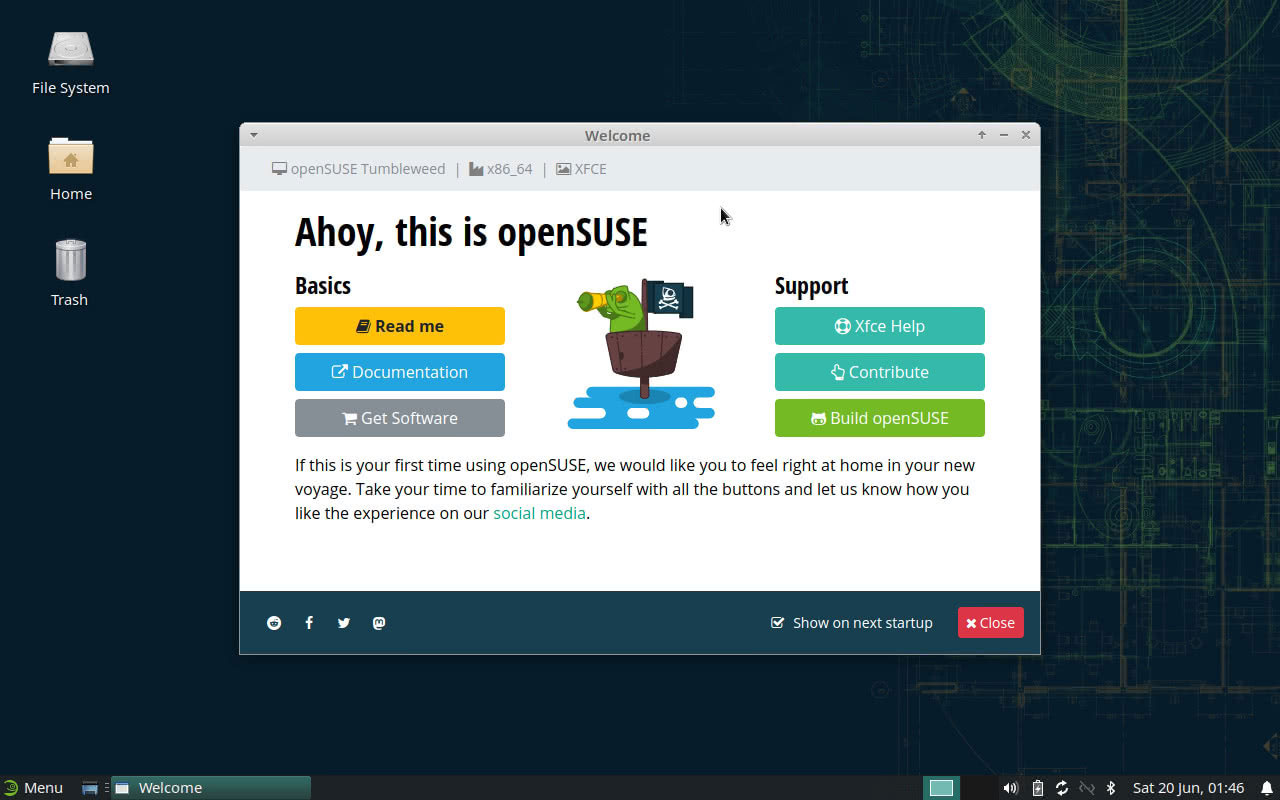 The openSUSE project has two distributions: one is openSUSE Leap, and the other is openSUSE Tumbleweed. You can choose any of these distributions based on the type of environment you are working in. OpenSuse is not at the center of attention as much as Ubuntu and Fedora, But this project is one of the best Linux distributions for developers.

Both distributions use OpenSuze’s prominent YaST configuration and installation tool, which allows installation based on prerequisites. OpenSuse is primarily designed for system administrators and programmers and is focused on a stable platform. The latest versions of OpenSuse can be run in the Windows 11 environment, Although this is not recommended for beginners.

The number of Linux distributions is huge, But you need to choose the best distribution based on your needs. For this, consider the following criteria:

From your point of view, what are the suitable and affordable Linux distributions not listed in this article? Introduce them to other users in the comments section and to us.