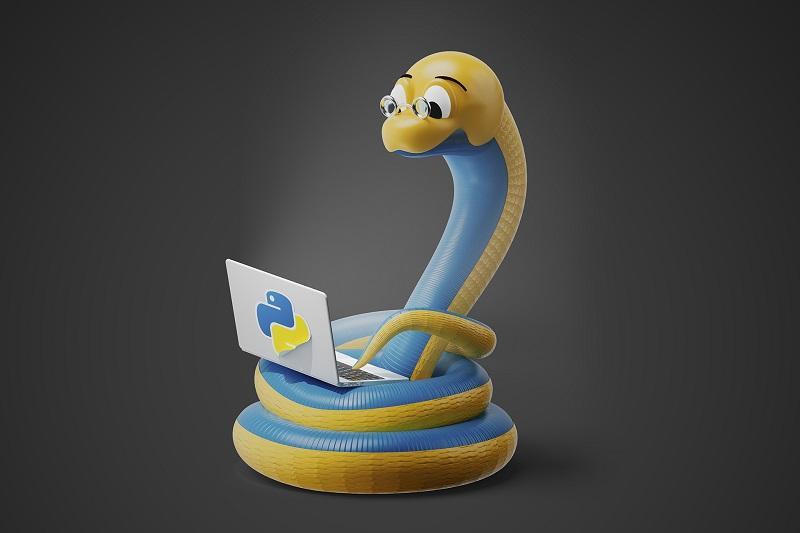 Currently, Python Is The Most Widely Used Programming Language That Can Be Used To Build A Wide Variety Of Software Projects.

Statistics show that many programmers worldwide use the Python language to develop desktop and web-based applications.

Of course, this doesn’t mean that Python developers are immune to sloppy and inefficient coding that can waste other developers’ valuable time when reviewing code.

Codes written in Python or other programming languages ​​should be carefully evaluated to eliminate code deficiencies and inefficiencies.

For projects to be noticed by clients and employers, programmers must use a technique called “code optimization.”

Before we discuss the concept of code optimization and how to do it in Python, we need to talk a little about user-centered design. User-centered design is one of the critical trends in software development, which has attracted the attention of software teams and companies for several years.

The potential benefits of design based on this tendency have been well demonstrated in various industries. Because most software developers have been working in this field for many years and some work is based on the old design style, they may not initially favor user-centered design.

User-centered design refers to a set of iterative processes in strategy, which at each stage focuses on assessing the needs of the user’s requests to provide an efficient solution to the users so that they can use the developed product in the best way. In user-centered design, design choices are heavily influenced by the user’s expectations, goals, and desires. In the above scenario, users are in the progress of the work from the beginning to the end of the product design.

An important point to note in this context is that user-centered design principles go beyond a simple user design, and designers are forced to develop products to meet the needs of a wide range of users. Typically, the above approach takes the form of user research, interviews, usability testing, and feedback collection.

In most cases, user-centered design is based on the following four steps:

The ultimate goal of the user-centered design paradigm is to develop a product for the user and what they need, so that interaction with the product can be done without problems. User-centered design helps designers identify users’ issues and allows them to use solutions that arise from the users’ point of view in the development process.

Let’s start by defining code optimization to get a basic idea and understand why we need Python code optimization. Sometimes it is not enough to write code that is supposed to do a sure thing. Large and inefficient codes can slow the execution of programs, cause financial losses to customers, or increase the time to evaluate and fix problems and bugs in the future. Optimizing Python codes is a solution that allows you to write programs with fewer lines and less memory consumption, providing the customer with a more efficient and smooth program that provides the desired results in the shortest possible time.

It becomes essential when processing a large number of operations or data. Therefore, replacing and optimizing some blocks and features that may make running a program difficult is an important issue you should not easily pass by.

Typically, code optimization is done for the following reasons:

To better understand the Peephole optimization technique, let’s start with how to run Python code. For this purpose, first, write the principles in a standard file. Next, run the following command

In the above command, instead of the filename, you must specify the name of your file. After execution, you will receive the same file in *.pyc format, which expresses the optimized codes.

The peephole is a code optimization technique in Python that improves compile time and code performance. Using the Peephole optimization technique, the codes are optimized behind the scenes, pre-calculations are performed on commands, and constant expressions or membership tests are performed on them. For example, you can write something like the number of seconds in a day as a = 60*60*24 to make the code more readable and allow the language interpreter to do the calculations quickly.

The result of the Peephole optimization technique in the second example would be that Python would precompute the 24x60x60 constant expressions and replace them with 86400. Therefore, when it sees the above mathematical terms, it performs the calculations quickly, and the application’s performance is not reduced.

Why should we use the Peephole optimization technique?

Convert mutable structures to immutable. It can be done using one of the following three tuples:

You can confirm the membership of an element by treating commands as a fixed-cost operation regardless of the set size.

One thing you should pay attention to is that the conversion process can only be done for raw data by Python. Hence, the optimization process will not be performed if the sets or lists you use have no raw data. To clarify the discussion, let’s look at some simple examples:

The output of the above code snippet is shown in Figure 1.

The expression “Hello, world” * 5 is a fixed command of a length less than 4096. Therefore, it is deduced by the compiler as “Hello world” in 5 consecutive repetitions.

String objects in programming languages like Python are a sequence of Unicode characters; Hence, in technical documentation, they are called text sequences. Python allocates extra information to store strings, which causes them to consume a lot of main memory space. When feelings of different sizes are added to a line, its overall size and weight increase, but this size increase goes beyond adding a few characters.

Python provides developers with a solution called string interning to improve performance. String interning works by caching certain strings in memory during construction. More precisely, only one instance of a particular thread is active at any given time, and no new memory is reserved to refer to it.

String interning is very similar to shared objects. When a thread is interned, it is known as a shared object because an instance of that object is shared globally by all programs running in the same Python session.

In Python forks like Cython (CPython), once an interactive meeting by Python is initialized, shared objects are loaded into memory. It is why string interning allows Python to work efficiently with strings so that the time required for processing is reduced and less main memory is occupied for storing strings.

Python’s architecture is such that it prefers to store only strings that are likely to be reused. To be more precise, he is very interested in identifier strings. Among these disciplines, the following should be mentioned:

The principles on which an intern course is based are as follows:

Only a string loaded as a static string at compile time will be internalized, and conversely, a series created at runtime will not be internalized. If a line results from a constant folding calculation, the continuous expressions are calculated at compile time instead of runtime. Still, if they are longer than 20 characters, internalization is not performed on them because it is recognized whether they are identifiers No., it is hardly possible.

PythonInternalizes a string and creates a hash only if it is defined with a name that combines letters, numbers, and a letter or an underscore character. Hence, not all lines read from a file or received over the network are inalienable. Of course, there is a way to solve this problem; load such lines with the intern() function.

Code indexing is another way to optimize codes. For this purpose, two options are available to developers.

This module calculates the time required to execute a task by a specific code block in milliseconds. How to call and execute the above module is shown in Figure 2. The output of the module above is also shown in Figure 3.

cProfile is an advanced module and part of a software package first made available to developers with Python 2.5. Developers can add this module to Python code in the following ways :

For example, you can use the following syntax:

Knowing the key elements of the profile report allows you to find bottlenecks in your code. The critical thing to note is that the above technique only works with Python files, so you can’t index a Python CLI by calling it directly like so:

To profile a CLI, you must provide the input path to cProfile. The syntax would be something like the following:

By executing the above command, after the program is finished, you will have an output table (Figure 4).

The elements in Figure 4 are as follows:

4. Using generators and keys for sorting

Generators and keys are robust solutions available to developers to optimize memory. One thing to note about generators is that they don’t return all items (iterators) at once but can only return one item at a time. When sorting elements in a list, it’s best to use the keys and the default <sort()> method. For example, you can sort lists and strings by the index selected as part of the critical argument. Figure 5 shows this. 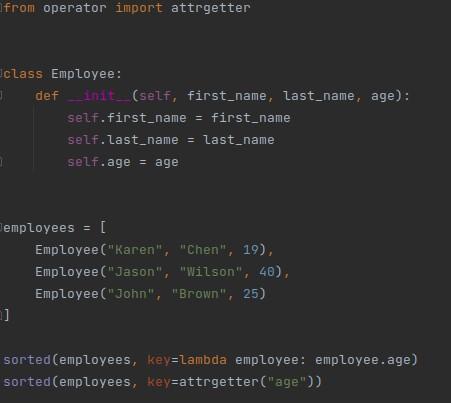 There are thousands of built-in operators and libraries available in Python. It is better to use Python’s built-in and predefined features as much as possible to increase code performance. Prebuilt operators and modules are pre-compiled, which speeds up the execution of applications.

Some Python libraries provide valuable features and capabilities that significantly increase the speed and performance of applications. For example, use cPickle instead of Pickle to see the differences. The PyPy and <Cython> packages provide a way to optimize a static compiler to make processes faster.

6. Do not use globals

Globals can have many obvious and hidden side effects that push your code into a style known as “spaghetti code.” Also, Python is slow to access external variables. Therefore, it is better not to use them or limit their use. If the use of globals is unavoidable and you have to use them, pay attention to the following two things:

It is essential to build a robust and scalable application that can perform assigned tasks quickly and, at the same time, use main memory in an optimal way. However, making such a program based on basic coding is impossible. It is why you need to optimize your Python code. Suppose you pay attention to the optimization methods described in this article. In that case, you will not only write clean code but also improve the performance of your applications and shorten the code review process in the future.