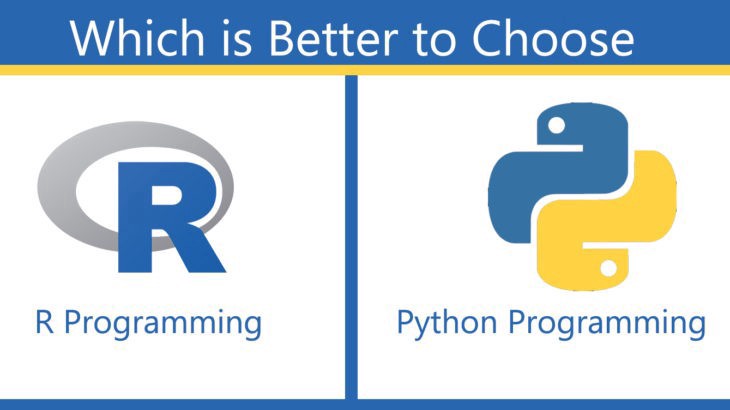 Python And R Are Two Popular Open Source Programming Languages ​​In The Field Of Data Science That Has Many Similarities And Offers Significant Benefits To Data Science Professionals.

It’s true that both languages ​​have a bright future and help professionals get things done, but they have their strengths and weaknesses regarding AI, machine learning, and data-related innovations.

Both languages ​​are suitable for data science work and can be used in data manipulation, automation, business analytics, and extensive data mining. The main difference is that Python is a general-purpose programming language, while R excels in statistical analysis.

According to some experts in this field, the main question is not which is suitable for data science, but when should we use each of these languages?

Python, R, MATLAB, SQL, SAS, Tableau, etc. are some of the most useful data science tools, but R and PythonThey are the most used option in this field. However, choosing the most suitable among the two is confusing for newbies. So, let us examine the differences between these two languages.

Application packages developed for the R programming language allow developers to use advanced techniques to perform calculations and analyze statistical information. Developers can use CRAN to access the latest packages and updated versions of the code and documentation they develop for R. Interestingly, software packages provided for R can perform various tasks, such as psychometrics, genetics, and finance. On the other hand, with the help of libraries like SciPy and packages like Statsmodels, Python allows developers to access the most common techniques for performing analysis.

R is equipped with some built-in and built-in functions for data analysis. As a result, there is no need to add dependencies to the project to perform some calculations; this issue has made statisticians use R for statistical issues and data analysis, so most of the software packages that are Externally added to Python are in R by default.

Data visualization is one of the critical aspects of this language for analysis.

R provides hundreds of packages and solutions for performing various calculations on data. Data visualization is a valuable feature that allows people to understand information in a better way. R packages like ggplot2, ggvis, lattice, etc. make the process of data visualization easier than other languages.

However, please pay attention to this critical point; R allows you to do the assigned tasks best, but it is challenging for inexperienced developers to work with this language, especially since R syntax is more complex than Python. 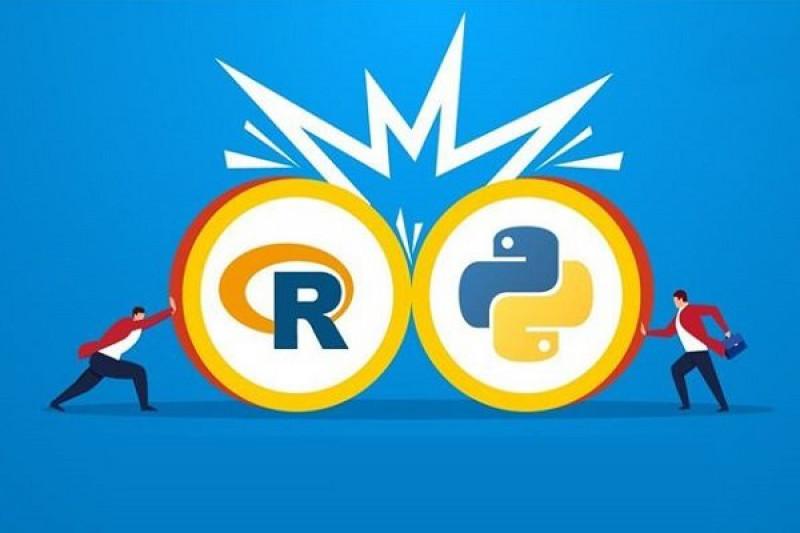 R programming language and the RStudio integrated development environment are used for statistical analysis, visualization, and report generation. R programs can be used directly or interactively through Shiny. Shiny is a software package that simplifies the process of building interactive web applications using R. Developers can host standalone applications on a web page or embed them in R Markdown documents and use them through a centralized dashboard.

Python is a high-level, general-purpose programming language that Guido Van Rossum first published in 1991. Python has a clean and simple syntax, emphasizes code readability, and makes the debugging process more straightforward and accessible.

The Python programming language provides modules for creating websites, interacting with various databases, and managing users. Both R and Python perform well in finding outliers in a dataset. Still, when it comes to building a web service where people on a team are going to upload datasets to find outliers, Python performs better. Has it?

Python is a better choice for creating a tool or service for data analysis.

Python is a general-purpose programming language. Therefore, most of the data analysis capabilities it provides are not built-in and available to professionals through packages such as name, pandas, and the PyPi package management tool.

Typically, most professionals use Python for deep learning because packages such as TensorFlow, Cross, Lasagne, Caffe, Mxnet, OpenNMS, etc., provide developers with a set of functions and efficient solutions for building deep neural networks in Python. Although some of these packages, such as DeepNet, H2O, etc., have been ported to R, they still perform better in Python.

In general, data scientists have access to the following powerful libraries to perform their tasks using the Python programming language :

Also, Python is particularly well-suited to deploying large-scale machine learning models. Given that a set of powerful specialized deep learning and machine learning libraries and tools like scikit-learn, Keras, and TensorFlow are available to data scientists, they can develop complex data models that can be deployed on different systems.

Finally, the Jupyter Notebooks integrated development environment, which includes Python code, equations, visualizations, and practical explanations of data science, is at the disposal of professionals.

Among the advantages of the Python index, the following should be mentioned:

The main difference between R and Python is when it comes to data analysis.

The main difference between these two languages ​​lies in their approach to data science. Large communities of programmers support open-source programming languages, and their libraries and tools are constantly being updated, or new libraries are being developed for them. While R is mainly used for statistical analysis, Python offers a more general approach to data.

Python is a general-purpose language similar to C++ and Java, except that it has a more readable syntax to learn. Programmers can use Python to analyze data or build machine-learning models in scalable environments. For example, you might use Python to build APIs for facial recognition algorithms for mobile phones or independently develop a machine learning program based on this language.

On the other hand, we have the R programming language, which statisticians widely use for statistical models and specialized analysis. Data scientists use R for deep statistical analysis when the application is to be built with minimal coding and data visualization is required.

For example, you might use R for customer behavior analysis or genomics research.

Python or R, which one should we choose?

Choosing the correct language depends on the conditions and type of project. However, some general recommendations will help you select the right option for any project.

Do you have programming experience? Python is a good language for programmers with no coding experience. Thanks to readable composition, Python has a smooth and linear learning curve. In contrast, novice programmers can use R to analyze data, provided the data is refined. However, the coding complexity of the R programming language is more than that of Python.

Which programming language do team members use? Python is a ready-to-use language and can be used in a wide range of small and large projects. R is a statistical tool used by academics, engineers, and scientists who have little experience in the world of programming.

R programs are ideal for visualizing your data in attractive graphics. In contrast, it is easier to integrate Python programs with other programs in an engineering environment.

Fortunately, most major cloud-based platforms support Mr and Python machine learning services. That is why most organizations use both languages ​​to carry out projects. For example, the practice of some organizations is that they perform data analysis and discovery in the early stages using the R programming language. When the data set is to be provided to the model, they go to Python.

Ultimately, it is the responsibility of data scientists to choose the most appropriate language. Python is the best choice if you have coding experience or are new to the field. Python programming language may be better if you have a statistical set.

However, we suggest you increase your knowledge of both programming languages, as both languages ​​are useful in data science careers. Sometimes R and sometimes Python offer better capabilPythonfor doing a data-driven project.