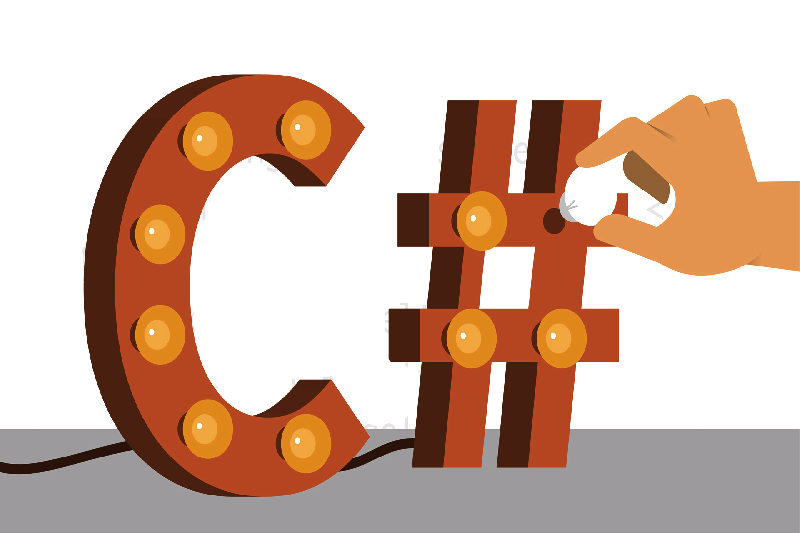 The Corona Epidemic Increased The Demand For Telecommuting. Today, More Lucrative businesses are trying to digitize all or parts of their business.

Many companies are looking for qualified front-end and back-end developers to provide the proper infrastructure for online activities. Currently, developers of the C# programming language have a good job market; however, hiring a skilled programmer is not an easy task. Many developers now work remotely and want to work with companies and startups on projects.

Hence, telecommuting has also been accepted as a form of employment by companies and individuals, So the choices about hiring are no longer limited to the physical presence of professionals in the workplace. In this article, you will find a set of questions and answers that both employers and programmers need.

Employers’ main question is how to hire a C#  developer for future projects. If you are looking for a C# developer, there are many things to consider, including:

You do not need to spend a lot of time searching for this information; we have gathered the essential information in this article to make it available to you. To find out how to find and hire a qualified C# developer, we recommend that you read on.

What effect does C# ‘s popularity have on the hiring process?

Due to the growing popularity of C#, the demand for developers fluent in the language is increasing. In addition, the combination of simple syntax, high readability, support from the most prominent framework in the world of programming (.NET), and providing the best design template has created an excellent job market for professionals. Still, professional programmers are working on various projects, so finding qualified and available developers are becoming increasingly complex. 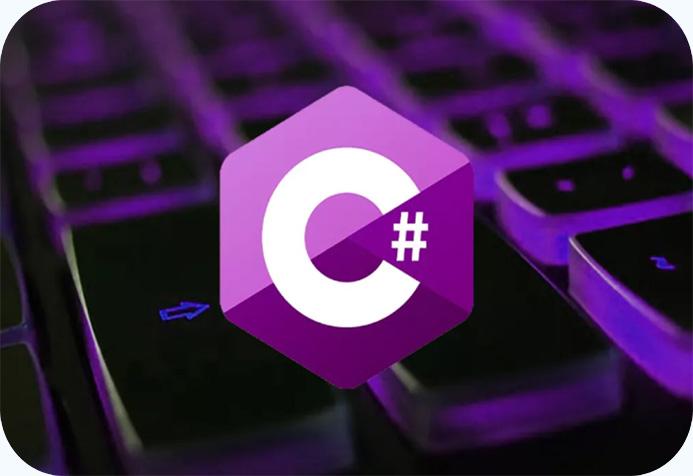 What are the best uses of C#?

C# supports general methods and templates that improve security and performance. However, if you want to build complex web applications, it is better to choose Java for slow Development; While C# is mainly used in software development, video games, and mobile Development, the combination of C# and Angular gives developers a lot of power. Developers use C# in connection with the following projects:

C# developers use different platforms such as Microsoft Visual Studio, Visual Studio Code, Azure, and similar examples to build applications. As mentioned, C# ‘s biggest strength is the support of the .NET Framework for this all-purpose language.

People often confuse .net with syllables because the terms are intertwined. The difference, however, is that C#  is a programming language, and .NET is the framework this programming language uses. This magical combination helps FullStack developers use Asp.Net Core to build and C# and VB.NET to develop the front-end.

What do C# engineers do?

Typically, C# sharp programmers who want to hire a company are hired as software engineers. Hence, they have more job descriptions than a simple programmer. ‌ One of the most critical tasks of C# Sharp engineers is to mention the following:

In the case of soft skills, a qualified C# developer must meet deadlines and interact with technical, non-technical staff and customers to better understand the needs of applications to build successful business prototypes.

What questions are asked in job interviews?

In general, the questions that arise depend on the interviewer’s knowledge and proficiency in the language, but as a general rule, you should be prepared to answer the following questions:

Write a program that recognizes a positive integer in C# is the first.

As a professional Sharp programmer, you should have no problem answering these sample questions, as all of these questions are part of your practical work when coding.

How can payroll information be helpful for the hiring process?

How do you evaluate the skills of C# developers?

All hiring models provide an opportunity to connect with C# developers and assess their hard and soft skills. So we need to know what skills a C# developer should have.

You can evaluate the candidate during the interview by asking questions about technical skills. In addition, taking short live programming tests or taking a quick test that the interviewee can prepare at home can help you assess their programming skills.

This list can be longer because soft skills include positive traits that help a person find a common language and deliver quality work. In addition, LinkedIn research shows that for most employers, soft skills are more important than hard skills.

How to hire a C# developer?

Whether you need a full-time, part-time, in-house, or telecommuting developer, there are different ways to get hired. So let’s take a deeper look at this.

Hire C# developers based on location

Depending on the geographical location in which you live, you have the following options:

Both options have advantages and disadvantages that should be considered when choosing a software engineer.

In this case, the employees live in the same metropolis as the employer. This type of employment has many benefits for both parties.

Hiring a developer living in different cities or countries

We first need to consider the difference between hiring a developer living in another city or country. In either case, the programmer is not physically present at the company, but the main difference is that cross-border developers will work with you under the rules of that country, which has its issues. For example, they may receive their pay in dollars, ask for more payment to make up for the tax deficit, and you will most likely have to write contracts in the international format and English.

Therefore, hiring this group of programmers should be economically justified. On the other hand, programmers living in different cities of Iran are subject to Iranian labor laws.

The main advantage of hiring metropolitan engineers is choosing the most suitable person because the top talents are not supposed to be all in the same city. Some prefer to stay in their city and work remotely due to various problems. Therefore, sometimes hiring out-of-town programmers has good benefits for the company.

Hiring a C# developer based on the type of hiring

Depending on the type of employment, you have the following options:

All of these hires have advantages and disadvantages. In the following, we will examine each of them so that you can better choose the option that suits your needs.

The presence of internal engineers is always the best solution for fundamental Development and performing the most critical tasks. This traditional model is to hire full-time staff as a development team. However, in terms of development costs, this model is the most expensive model of employment because you have additional charges other than the salary of these people, such as paid vacation, health insurance, office rent, equipment, and so on. If you are looking for more engineers to join your in-house team, you should go to the job sites that work in this field. Examples include Glassdoor, Indeed, Github, LinkedIn, and the like.

Hiring C# Dedicated Developers Based on a Contracting Approach

This hiring model is the easiest way to outsource the development process. You can find a job site and attract programmers through it, or find a trusted software development company and talk about your ideas and needs. They can prepare the required development team of developers, designers, and quality assurance (QA) engineers to work on your project and provide project management services.

Freelancing is a popular part-time job model that works best for additional short-term jobs and projects. You are completing and revitalizing your development team with temporary staff using freelance services to get the job done faster. However, finding quality freelancers is not easy. In addition, there is a possibility that you will no longer have the developers you hire on your team at any given time, as they are constantly looking for good projects or clients who pay more, some of whom do not enter into any contracts with companies. The best place to find freelance developers fluent in the C# programming language in schools teaching programming.

The digital revolution has swept the globe. Many IT companies compete to hire qualified Sharp engineers and provide good pay. The salary of a C-Sharp programmer varies depending on the country, years of experience, and work experience. To compare the differences in the rights of developers in different countries, we have compiled statistics that show which countries are the best choice for cost-effective and quality outsourcing. Note, however, that these numbers only represent the rights of developers and do not include additional costs such as bonuses, etc.

A C# programmer earns an average of $ 11,2952 yearly in the United States. It should note that this is the highest wage rate in the world. But in Latin America, eligible programmers have lower salaries. For example, the average annual wage in Mexico is $ 20,400; in Argentina, it is only $ 8,200. This pay gap is due to the lower cost of living, but Latin America has growing IT centers and software professionals.

The situation in Europe is different in each country. In Western Europe, the average salary is higher. In Germany, for example, the annual average wage of a C# developer is $ 52,800, while in the UK, it is $ 69959. However, Eastern Europe is the most popular destination for talented freelance programmers. Developers from Ukraine, Bulgaria, and Belarus are known as top engineers. Still, their average salary is much lower than in Western Europe and the United States because of the lower cost of living. The average annual salary of a Ukrainian C# developer is $ 36,000, and in Belarus, C# developers receive $ 30,000 a year.

Developers in India and South Africa earn less than in the United States and Europe. SalaryExplorer, for example, states that a developer makes $ 6,800 a year in India, compared to an average salary of $ 39,000 in China. In South Africa, this salary reaches $ 26,000 a year.

The C# programming language is rapidly gaining popularity, and C# developers are finding more applicants daily. Therefore, we have tried briefly analyzing the best ways to hire top-notch C# developers and describing where and how to look for a skilled engineer. We also provided information on the average global salary of developers. We looked at different hiring options to help you determine which location and hiring model is best for your needs.