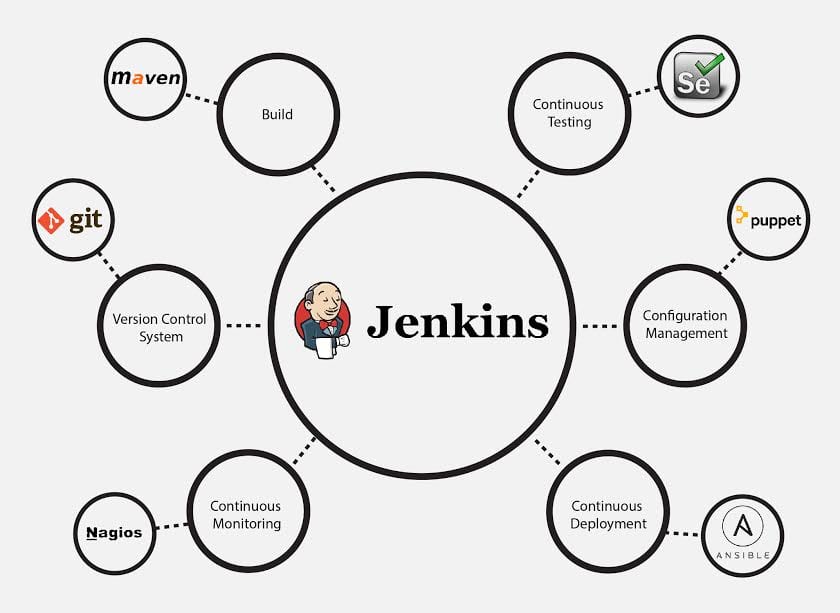 To better understand the Jenkins software, imagine you have several programmers in the company. Y. You intend to have the programmers fully coordinate and work on a project online. At the same time, naturally, if each person individually monitors the project in question, the result of the work may not be very satisfactory. F, Finally, they will face various bugs and errors, which may take several days to fix! So if you want to avoid such problems, stay with us in the rest of this article so that we can guide you further.

Jenkins software is an open-source server automation software written in Java. You will be able to communicate with any other programmer in a coordinated and regular manner and make changes to the desired program in a project-oriented manner.

What is Jenkins, and what will it be used for?

By accessing the Jenkins software, you will be able to coordinate each programmer with other programmers to work more regularly on the project in question and, in this way, avoid bugs or errors. Aware of the programming codes and take action to solve the existing problems!

In another expression, it can be said; Jenkins is an open-source automation tool designed and built with Java language for continuous programming integration. It also provides various plugins for building, testing, analyzing, installing, etc., for each project. To achieve the desired project result for programmers in full coordination!

Without using Jenkins software, you will not be able to access the development of the project and the desired results, and it will be very time-consuming; you will have the same opinion!

Note: You can download Jenkins software from the following link.

As we mentioned, this software is intended to increase the speed of development of organizations that continuously integrates the organization’s development processes, including static analysis, deployment, types of construction, stage, document, and other things with the help of plugins.

It is interesting to know that software teams also use Jenkins to integrate and evaluate their products; You can configure Jenkins to view changes in places like SVN and GitHub and use containers like Docker and Kubernetes, then start testing and perform various checks related to the project in question. You will have an integrated product with a favorable result using all these items.

For example, in Jenkins, Continuous Integration tools allow a team programmer to change the code of one of the modules and put it on SVN or Git. The new code of the module on the CI server (CI to avoid problems with integration) be arranged and coordinated so that other tests are executed on it. The program’s text is analyzed and evaluated to reach the final test and appropriate feedback.

Not having a Continuous Integration tool is considered a big setback for reputable Asian companies, Especially if he has a name! Regarding the criticisms that have been made towards Jenkins, such as: not having a good user interface or the need for a server administrator to monitor the changes made; It can be said that there are not many disadvantages that are not so visible and cause you to hesitate in using it; Jenkins can be a good choice for development and speeding up programming.

The following are the advantages of Jenkins:

The terminology used for CI/CD workflows is called PipeLine; The core scripting supported by Jenkins 2.0 is known as Groovy; If you want to develop PipeLine with another script, you can use simple declarative pipelines; You can also use Pipeline by following or calling them directly from Pipeline; Among the languages ​​used, the following can be mentioned:

As long as your Master\Slave supports Linux/Unix, Windows, and Mac OS, you can call any program written in any programming language!!

These plugins are used to enable the use of Jenkins software in projects other than the Java language, and it will also be possible to add new features and make changes to the appearance of this software through plugins; In most cases, these plugins are considered for integrating version control systems and bug databases with Jenkins software. Dedicated plugins for unit testing generate test reports in various formats and provide automated testing; Test reports are created in various formats supported in plugins by Builds; Finally, Jenkins displays these reports by creating a process and presents them in the graphical user interface.

In this article, we shared Jenkins and its details with you users; But Jenkins is not limited to these things and is much more extensive than what we were able to provide you with. You can ask us in the comments section if you have any questions or need more guidance.