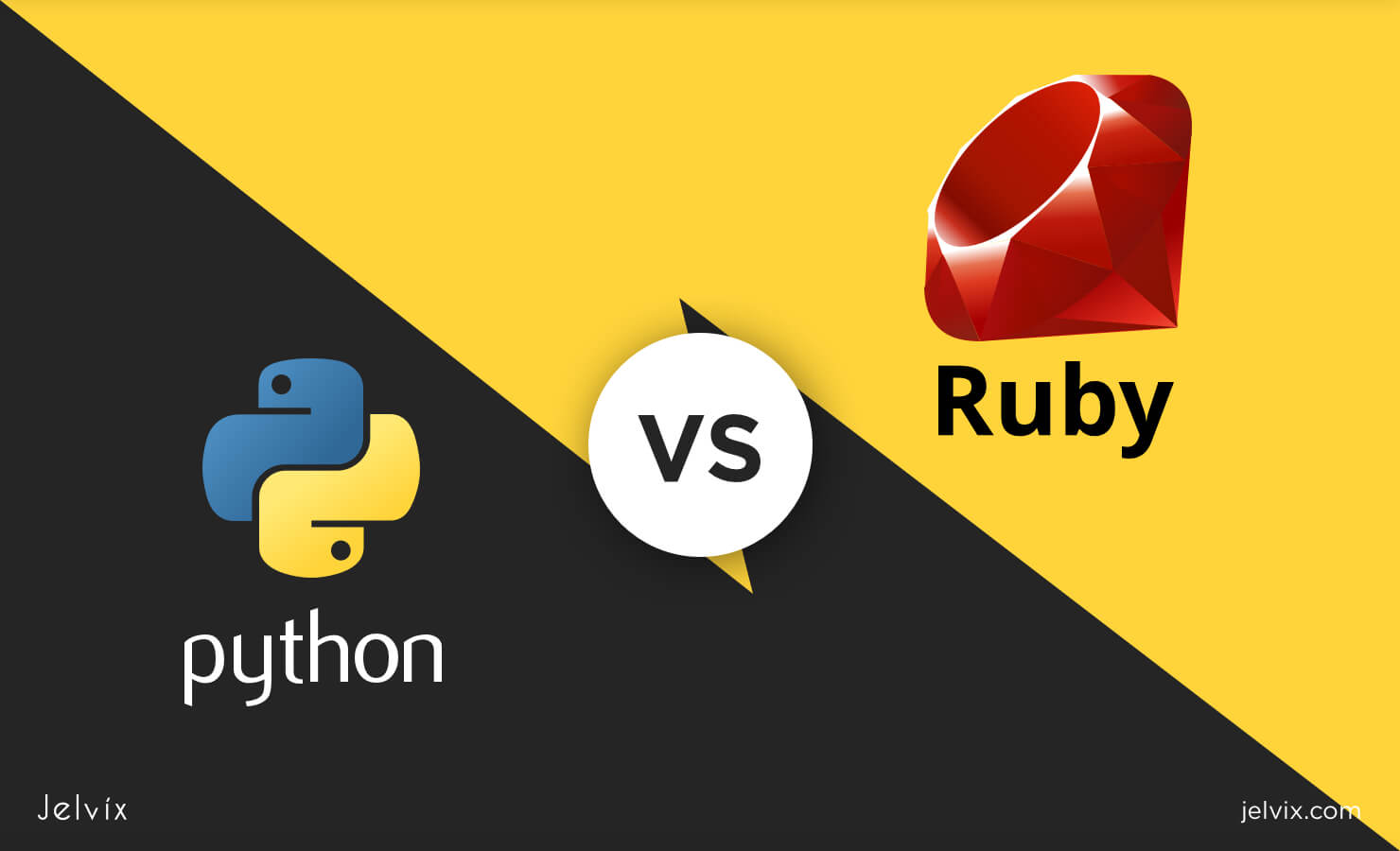 In this article I want to talk about difference between Ruby and Python, we will discuss the key differences between Ruby vs Python. But before jumping into the difference, let us first look at them individually like “What is Python?” and “What is Ruby?”. Let’s start with Python:

Python is a high-level object-orient programming language. It has built-in data structures, combined with dynamic binding and typing, makes it an ideal choice for rapid application development. Python also offers support for modules and packages, which allows system modularity and code reuse.

So It is one of the fastest programming language as it requires very few lines of code. Its emphasis is on readability and simplicity, which make it a great choice for beginners.

Ruby is a pure object-orient programming language. Also It is a dynamic open-source language that has a great community behind it. In addition Ruby encourages developers to write software code for humans first and computers second.

Also It is considered similar to Perl and Smalltalk programming languages. Ruby runs on all kinds of platforms like Mac OS, Windows, and all versions of UNIX.

So Here, are important features of Python

Here, are important features of Ruby

Differences Between Python and Ruby

Here, are important differences between Ruby vs Python

So lets learn the Advantages and Disadvantages of Python and Ruby

Here, are pros/benefits of using Ruby

So Here, are cons/ drawback of using Ruby

In sum, both Python vs Ruby are fast, efficient, and have a large and loyal community. Python is the obvious choice where a lot of data computing and processing are involved. Ruby fits in scenarios where rapid prototyping of traffic-heavy applications is desired.

For web development, Ruby has Rails, and Python has Django. Both Python vs Ruby are powerful frameworks; however, Ruby is popular and flexible. There is also a very strong community built upon it, and they are always on the edge of development. Also Python is a preferred framework to create web applications that have the additional advantage of being easier to learn.