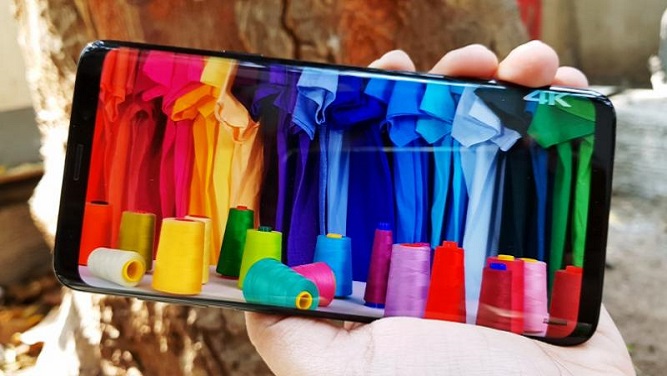 With The Advent Of New Display Technologies And The Availability Of Examples Such As IPS LCD, LTPS LCD, And AMOLED‌ In Mobile Phones, The Choice Has Become Difficult For Users.

In this article, we try to introduce these screens in simple language.

The world of smartphones has undergone various changes and developments in recent years. We have witnessed the unveiling of innovations in this field, each of which can be considered a revolution. Undoubtedly, one of these innovations is introducing different generations of display panels, which has led to the display of high-quality images and smartphones these days.

On the other hand, by examining smartphone manufacturers, it is easy to see that they all have a special focus on this sector and are trying to equip their products with the best type of screens; To the extent that even Apple is forced to go to a long-time competitor such as Samsung to produce a new generation of its products.

Displays act as an interface between the device and users and are now recognized as one of the most vital components of smart devices such as tablets, smartphones, and home computers; Because the result of the operation of the whole device is displayed on this component of the hardware and the transfer of commands is also transferred to the device through this part.

Different categories of screens are currently used in smartphones, each of which has advantages and disadvantages over the other.

Features such as sharpness, contrast, wide viewing angle, performance in the sun, brightness, the ability to produce natural colors, and even energy consumption depend entirely on the type of panels selected in the smartphone.

While Samsung, the largest manufacturer of smartphones globally, AMOLED displays are used in its flagship products, LG continues to equip its new products with IPS LCD monitors. Many other companies have another type of display panel called LTPS LCD Are employed. But what is remarkable is the advantages and disadvantages of each of these screens over the other.

Do not use AMOLED displays high-end and expensive Galaxy S and Galaxy Note phones. Does it have an advantage over the screens in LG and Huawei phones? We intend to answer these questions below by examining the types of technologies that can use on screens. 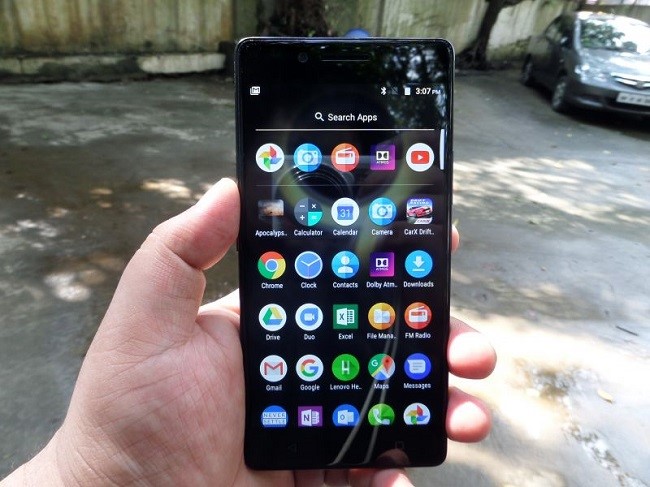 Liquid Crystal display LCDIt is a technology that brings slim and thin screens to the world of smartphones. In a better description, this technology made it possible to produce today’s thin smartphones. LCD monitors have optimal energy consumption and work based on the “light barrier” phenomenon. The liquid crystal in these displays is a kind of backlight that an LED can control or has a reflector provided and uses to expose the image to users.

Backlit screens LCDIs supplied by a polarized light source; In this way, light passes through several vertical and horizontal filters and determines the brightness of each pixel of the screen.

Although the use of backlighting in these displays makes them and the smartphones produced by the thicker, this makes the colors and images displayed more natural and clear.

This causes the images to be blurry when viewed in the sun or from a side angle.

For this reason, it is said that the best viewing angle for viewing images on these screens is the front angle. TFT monitors are now obsolete and have fewer smartphones.

Manufacturers have used these displays in the past in low-end, low-cost handsets; But with the cost of producing other display panels. 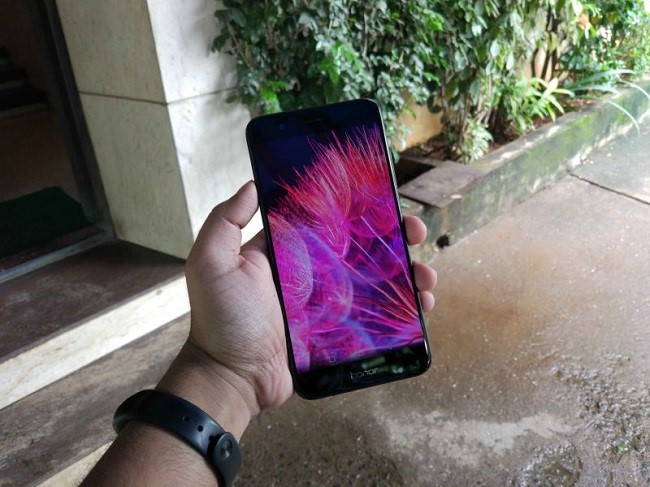 IPS and LTPS are two other types of LCD-based displays, each of which is described below.

LCD
Technologies used in LCD monitors could not maintain the quality of colors and images at wide viewing angles. That’s why another category of LCD monitors under In-Plane SwitchingOr IPSIt was introduced to the market, which solved this problem to a great extent. IPS screens have the ability to change the direction of liquid crystal molecules between glass substrates and arrange them. This significantly improves the viewing angle and the ability to produce color on these displays.

Compared to TFT monitors, IPS LCD monitors consume less energy, and you can also see better images in the sun. The colors produced by these panels are also very natural, but the cost of producing them is far from the cost of producing LCD screens. More than. IPS LCD screens have helped to grow the smartphone market in recent years, and many manufacturers are now using these screens in their products.

LCD screens use uniform (amorphous) silicon material as a color rendering agent; Because this material can be used along with complex electronic boards with high electrical current. This will cause the screen resolution to be slightly limited and the temperature to rise slightly. Later, the replacement of amorphous silicon by polysilicon removed these barriers, and it was possible to increase the resolution and reduce the operating temperature of these displays.

Display manufacturers could also use larger volumes of uniform polysilicon to help electrons move faster, resulting in better resolution and faster refresh rates. With the use of this new material because of the possibility of using cheaper and more expensive substrates, the total cost of production of this type of LCD monitorsDecreased.

These panels are therefore called RetinaThey became known that the human eye could not see their pixels. Although Apple measures the pixel density of its displays differently from other companies, Retina displays are Designed to provide users with a density of more than 300 pixels per inch. 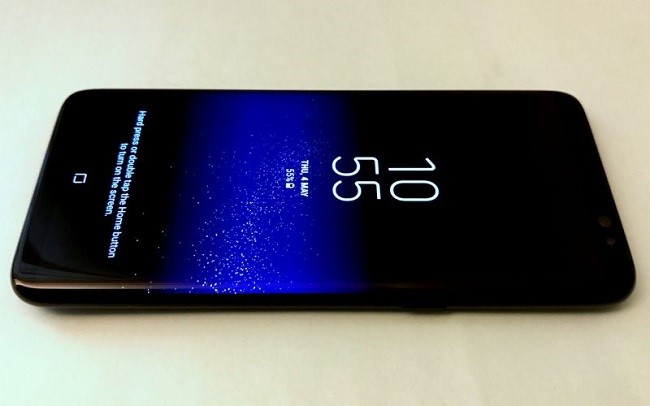 screenAMOLEDCompared to LCD monitors, they use completely different technologies, and there is no mention of liquid crystals or other complex structures in them. These displays have an array of small LEDs mounted on Thin Film Transistor modules. Or TFTThey is riding. Organically structured and made using organic materials, these LEDs emit the light needed to display images and colors.

Manufacturers use a combination of filters to minimize the amount of light dissipated by these sources to have outstanding efficiency in these displays. The amount of brightness and color produced by these OLED sources also varies according to the electric pulse.

Given that each LED, Is a separate source from other LEDs, can be cut off by energy, the light emission by each of them can be stopped and thus display a specific image for users.

This structure has the ability to control any OLEDAnd provides the system with pixels; The so-called Active MatrixAnd is currently used in Active Matrix Organic Light Emitting Diode displays AMOLED Is used.

Given that OLED displays do not have a backlight, and when producing black color, some of these LEDs are turned off, the energy consumption of these panels is compared to LCDs.It is much more efficient.

But on the other hand, studies show that the lifespan of AMOLED screens is less than LCD panels. Other disadvantages of these displays include losing a significant portion of the image quality when working in bright environments such as sunlight.

Super AMOLED screens are also an upgraded version of OLED screens, and AMOLED is currently manufactured exclusively by Samsung. Unlike AMOLED panels, These displays are designed to integrate touch sensors with OLED cells to fit in.

This way, you will not need to use a separate touch module when using these panels. This causes Super AMOLED displays to have better brightness and image quality and also be able to provide users with better images in bright environments.

Another advantage of this monitor over AMOLED displays is Less thickness and weight, more natural colors, and better contrast.

In choosing an ideal display panel for smartphones, we must pay more attention to the user’s needs and, by examining them, choose one of the above. If you need a good display with an accurate color display, LCDscreensIt will be the best option for you.

These monitors also have the best lifespan among different types of display panels. LTPS LCD monitors can provide higher image resolution than IPS LCD monitors, and they Spoil sooner.

On the other hand, charging the battery is very important to you. It is better among the phones with an AMOLED panel.

Or Super AMOLEDSelect an item; Because these panels have very optimal energy consumption, but smartphones have LCD screens, They need more energy.

AMOLED displays also have the best contrast when displaying images among these panels; But compared to LCD monitors over time, they break down faster. That way, if you care more about image quality and resolution, LTPS LCD monitors select AMOLED displays. If you are more interested in contrast, they will be the best choice for you.

In addition, if you spend most of your time outdoors and in the sun, it is better to have a smartphone with an IPS LCD.  Choose; Because these monitors perform better in bright environments. But if you are indoors most of the time, choose a smartphone with an AMOLED display. Or Super AMOLED, Seems wiser.