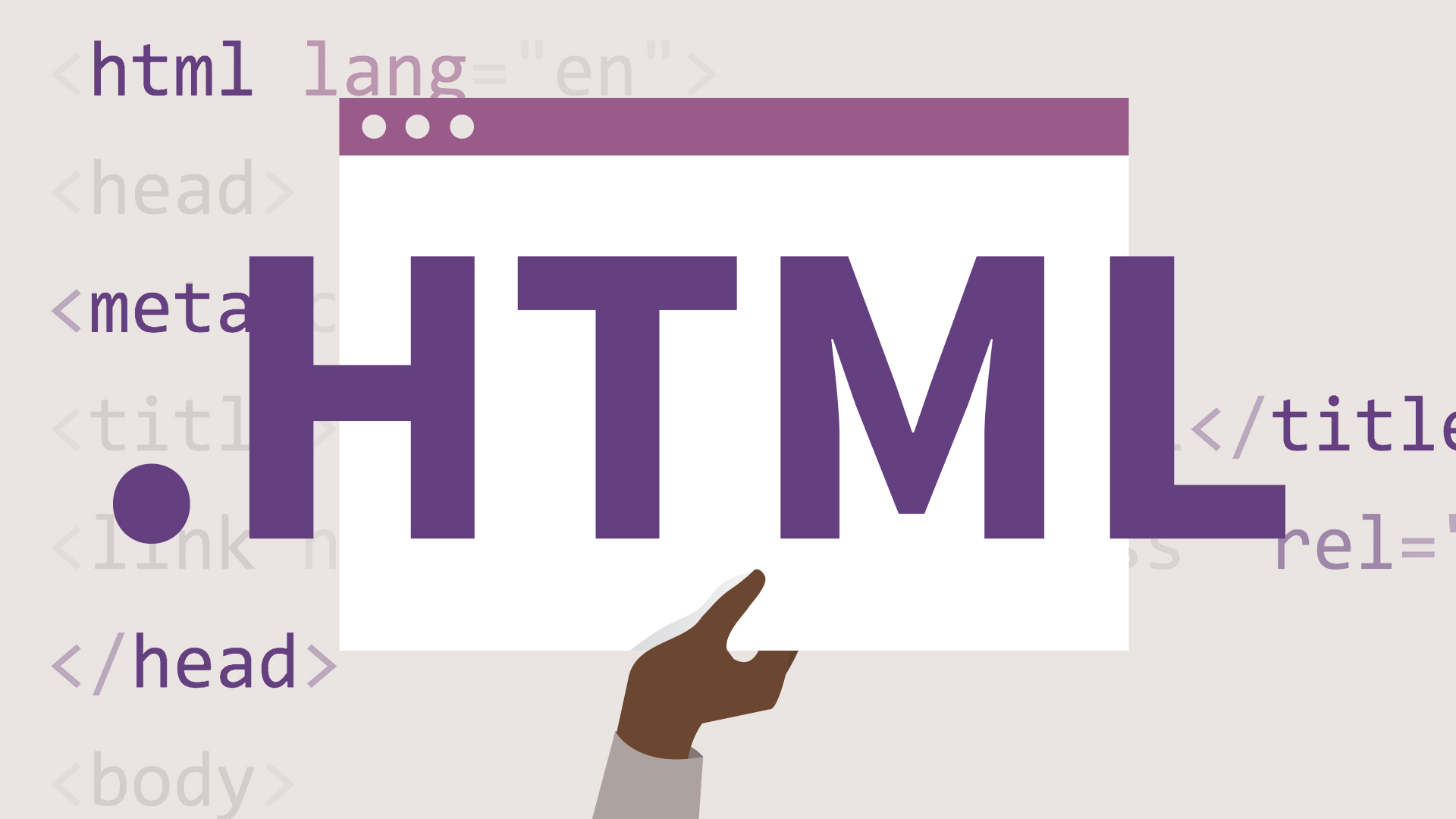 We come across many sites on a daily basis,each of which is interesting to us in some way, and may makes us wonder how these sites are in our world. If we go back to a few years ago and look at the first sites published on the web, we see that their pages consist of only a few simple and basic elements.

From time immemorial, various technologies have been influential in making the web design process attractive, but do you believe that all of these technologies lead to HTML. Join us on this journey to discover what HTML is and how it has last its place in the web for so many years.

HTML stands for Hyper Text Markup Language. Note that it is not a programming language, but a markup language. Coding with it is to follow in the footsteps for great webmasters and start building amazing sites.

If you love site design and have a serious plan to enter this field, its training will be your first step in this direction. If you want to know more about steps to start learning site design, do not miss reading the following.

What is the different between a markup language and a programming language?

There are several types of markup language, the most popular being HTML. If you pay attention to the name of the markup language, you will understand its meaning. Markup languages, you will understand its meaning. Markup languages do not have the usual programming structures such as condition, loop, iteration, … . and you use a series of symbols within your text. In fact, in these languages, you use these symbols to separate the text from other elements of the page to place different elements inside a web page and specify the structure of the page.

To understand where HTML came from, we need to take a brief look at 1991. When Tim Berners-Lee started working on 18 Tags, he designed the first HTML version. It has evolved day by day and in each version, more features have came to designers in the form of more useful tags.

In this way, this language gradually solves its previous problems. HTML4 was introduced in 1999 and many web designers used it for a long time, until the biggest change in HTML history occurred with the introduction of HTML5. This version of this language was able to help developers in designing sites more and more, which we want to know about in the following.

In this section, we are going to discuss what HTML5 is and how it differs from HTML. By 2008, the HTML4 market was hot. But it was clear that this version of HTML had its drawbacks and needed to be updated. That’s why WHATWG took over the development of this language and raised its standards. The main weaknesses were multimedia and graphics.

HTML 5 experienced an important and fundamental update in 2014. In this update, new tags have come, which had a very positive effect on improving the quality and improving the user experience. After this update, the site design has had a new structure and the old concepts (such as using the table in the main body of the pages ) have gone.

How does it work ?

Of course, in the web world, one person will usually be responsible for coding HTML and CSS. HTML files with .htm or .html extensions are in them system. All web browsers support these files and can can easily render its contents. rendering means that elements inside the site, which are a combination of code, image, animation, video, … become information that users can see them.

HTML uses tags to put different elements together and each user uses them according to their needs. You may ask, what is a tag? Tags are elements that have different functions and they start and end with closing of each tag. For example, the P tag is used to write paragraphs in HTML, and the tag closes when paragraph is finished. A tag used on web pages shows links too. HTML tags are actually the instructions in this language that tell the browser what elements are in a page. Each of these tags has a specific meaning and gives you features such as changing the appearance of texts, creating different lists and linking pages. Audio and video work with these tags.

The most important HTML tags

The variety of tags in HTML is very high and these tags are better in new versions. Some of them are not very popular and web designers rarely use them. For example, the mater tag, which is for measurement, is a not popular tag for website designers.

On the other hand, the <div> tag divides the page into different sections is almost an integral part of the site design. So if you want to master this language, we recommend that you check out the different tags.

Programming is a hassle with code, practice and practice. So you have to go this route without shortcuts and seek to strengthen your skills. Reading the full list of HTML tags alone is useless. Because once you know the HTML tags, you have to test them one by one and combine them to see how they work together. So when you are just starting out, have a list of HTML tags with you so you can memorize and apply them.