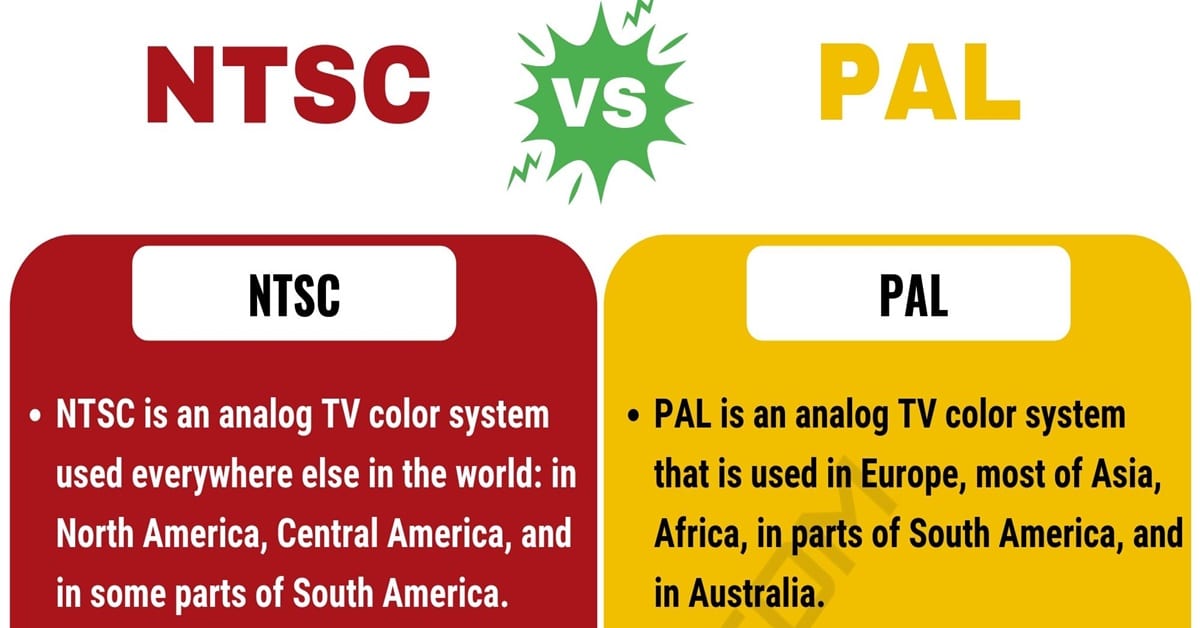 If you are interested in video games or TV technology, then you have probably heard the words NTSC And PAL a lot.

In this article, we intend to discuss the difference between NTSC and PAL and provide you with everything you need to know in this regard.

Meaning of NTSC and PAL

NTSC and PAL are both cryptographic systems for analog TVs. These technologies were mostly used in the days when digital broadcasting was not yet common. NTSC is actually the N Ational T Elevision S Tandards C Ommittee (National Television Standards Committee) and PAL to P hase A Lternating L ine (phase alternating line) refers.

Before the advent of digital broadcasting, televisions followed the NTSC or PAL, depending on their location in the world. The NTSC was used in North America, Japan, South Korea, as well as several countries in West South America. PAL was also used almost in other parts of the world, especially in Europe and Oceania.

Of course, there is a third standard called SECAM. The word also stands for French word meaning “consecutive color with memory”. SECAM is mostly used in France, the Soviet Union and some African countries. This standard is similar to PAL, but processes colors differently. 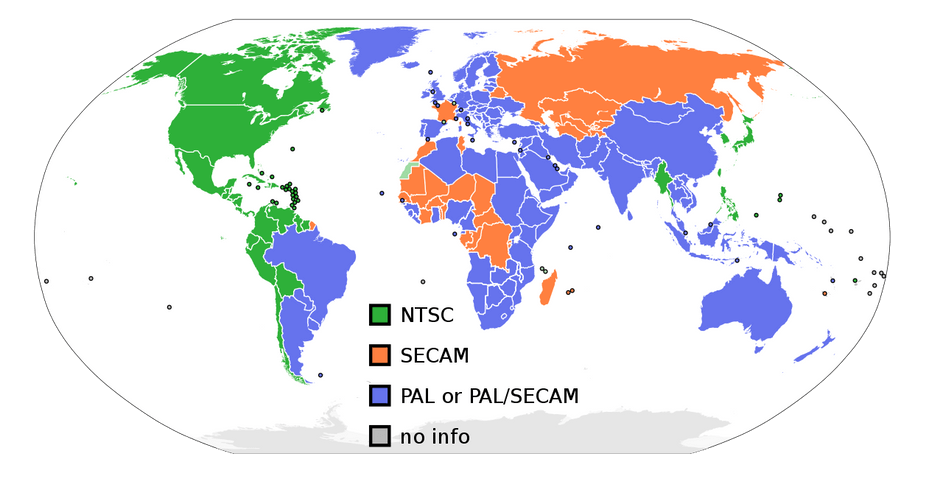 In the following, we will first discuss the history of each of these standards before stating the difference between NTSC and PAL.

An introduction to analog CRT monitors

To understand NTSC and PAL standards, you first need to know how older analog TVs work. Early televisions were CRTs (cathode ray tubes) in which a very fast beam of light produced an image on a screen.

For this reason, the refresh rate of these monitors (the speed of updating the images on the screen) was also low, and this issue caused the screen of these TVs to flicker. The same flickers also confused and upset users, and naturally this situation was not ideal.

Tangle actually means splitting the video into two separate fields and then displaying it sequentially.

All even rows of video are shown in one field, and all individual rows are displayed in the second field.

The video moves so fast between even and odd rows that the human eye is unable to detect it, so you can enjoy watching the video.

Interlocking scanning contrasts with gradual scanning. In the second, each row of the video is displayed in a normal sequence. This has led to increased video quality (this technique is more commonly used today), but in the past it was not possible to use this method due to bandwidth limitations.

Now that you are familiar with the entanglement process, we are going to look at the differences between NTSC and PAL and see how each manages the process differently.

In the United States, the Federal Communications Commission (FCC) established the National Television System Committee in 1940 to standardize television broadcasting. This is something that TV producers have not been very consistent with until then.

The NTSC standard was able to take effect in 1941, but this practice ceased until 1953, when the standard was revised for color distribution. The new NTSC was still compatible with older black and white TVs. This was because it was easy to filter the color data to display on gray screens. The committee decided to use 525 rows of scans (480 of which were visible). These rows are divided into 2 intertwined fields (262.5 rows for each).

The NTSC refresh rate was initially 60 Hz, which was also because the US power supply was in the same range. Selecting a refurbishment rate that is inconsistent with the current will cause interference. Due to the entanglement, the effective frame rate of the NTSC was further reduced to 30 frames per second.

However, when the color distribution system was introduced, the standard refresh rate was reduced by about 0.1% to match the differences in the added color information. Therefore, NTSC technically runs at a refresh rate of 59.94 Hz and 29.97 frames per second.

We will continue the difference between NTSC and PAL by reviewing the latter history. The PAL system came into effect when European countries were ready to introduce a color television broadcasting system. The Europeans were not very happy with the NTSC standard due to weaknesses, for example, the colors changed in this system during unfavorable weather conditions.

European countries waited for the technology to improve, and in 1963, West German engineers introduced the PAL format to the European Broadcasting Union. The system was first used in 1967 to broadcast color television in Britain. The name of this system goes back to the way in which some of the color information is reversed with each row. This process reduces color errors that may occur during data transmission.

PAL runs at a higher resolution than NTSC. The first consists of 625 intertwined rows (576 of which are visible). In addition, in most areas where PAL is used, power lines operate at 50 Hz. Therefore, due to the entanglement, PAL monitors operate at a rate of 25 frames per second.

TV broadcasting in the digital age

Remember that everything we’ve discussed so far has to do with the standards of color analog playback. Today, PAL and NTSC standards are almost obsolete. Since most streaming systems and other video content are now digital, you no longer need to worry about such restrictions. 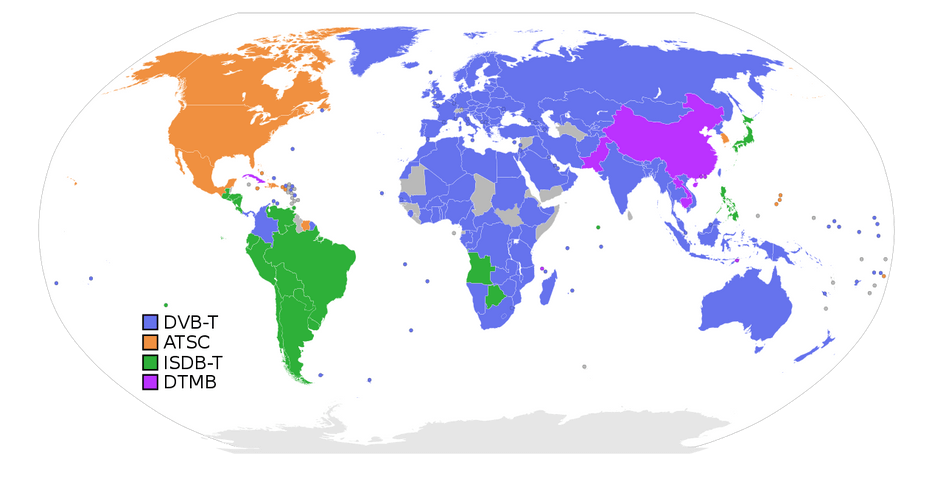 The difference between NTSC and PAL in terms of play

It is true that these systems are no longer used for television broadcasting, but applications can still be found for them. One of these is related to retro games. Since older game consoles used an analog output system, you also had to sync them to TVs in the same area to get the right performance.

For example, if someone owns an Australian-owned Super Nintendo (PAL) console and then connects it to a US-based analogue TV (NTSC), then most likely due to cryptographic differences.

For that person, they will come into being. In such cases, these consoles can be used on digital monitors with an analog-to-digital converter (HDMI).

On older consoles, some games were played differently in the PAL region than in the NTSC countries.

To avoid problems with frame rate-based scheduling, developers often slowed down games to avoid the problem of lower frame rates in PAL areas.

Such a case was more palpable in games like the Sonic series. This slowness is one of the reasons why games with fast-paced gameplay rarely run in PAL versions. Today, the terms NTSC and PAL are colloquially referred to as differences in renovation rates in different regions.

For example, some users may say that they cannot play an NTSC disc on their PAL DVD player. This is technically incorrect, as PAL and NTSC are analog encryption systems.

However, due to other regional restrictions that still exist in relation to DVDs and video games, these terms are misused to try to refer to regional differences. Fortunately, most video games today have no Region-Free restrictions, so you can run a Japanese game on an American console, for example.

Above we tried to discuss in detail the difference between NTSC and PAL. The limitations of these systems extend to analog content.

Therefore, any digital media such as video streaming, games on new consoles, and digital broadcasting of television networks are not restricted by the PAL and NTSC standards.

You may have problems distributing some content in some areas, but be aware that these restrictions do not apply to PAL or NTSC systems. These systems relate only to analog signals, which are now completely obsolete, and have nothing to do with digital content and broadcast systems.