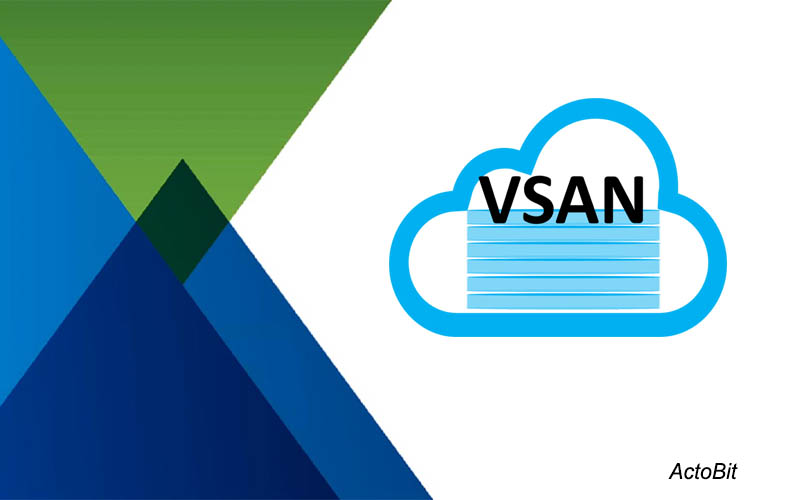 What is VMware vSAN? And How to Setup and Configure?

What is meant by vSAN? VMware vSAN is a software-defined storage solution from VMware to meet additional storage needs using local server memory. Simply put, vSAN breaks up the local space of ESXi hosts and makes one resource use it as shared storage, which is highly optimized. So when you use local space, you don’t need an additional storage box to store files, which also helps to lower the total cost of ownership or TCO.

vSAN is a very easy-to-use solution so that a storage resource can be created and configured with a few simple clicks. vSAN also provides policies such as SPBM or Storage Policy Based Management that can be applied to a virtual machine or a side based on requirements. Many server vendors provide vSAN-ready nodes for VMware optimization and licensing. So you can easily ask your favorite seller to choose the desired solution for use.

VMware vSAN, formerly known as Virtual SAN, is an SDS or software-defined storage product developed by VMware that places directly attached storage devices in a VMware vSphere cluster. It allows the creation of a distributed and shared data warehouse. The user defines storage conditions such as performance and availability for virtual machines or VMs on a VMware vSAN cluster, and vSAN enforces and maintains these policies.

vSAN is part of the VMware ESXi core that runs on industry-standard x86 servers from OEMs, including Cisco, Dell EMC, Hewlett Packard Enterprise, Fujitsu, Lenovo, and Supermicro. Since vSAN is a local component that does not require additional software, the user can activate it with a few clicks.

VMware vSAN’s distributed architecture enables storage policy parameters to be enforced despite changes in a virtual machine (VM) workload demands or hardware or network failures. It should be noted that the vSphere Web Client works by managing clusters and implementing storage policies.

As you can see the architecture of vSAN in the image above, you will easily understand what vSAN means and how it works. Using a two-tier architecture, vSAN supports hybrid and all-flash configurations. Both configurations use one storage tier and one capacity tier. The storage tier consists of at least one flash device per host. The capacity tier consists of at least one flash device (for all-flash) or one magnetic disk (for hybrid) per host. vSAN pools the storage resources of hosts into a high-performance shared datastore that all hosts can use.
Main features

Some of the main features of vSAN are:

vSAN version 6.6 claims to deliver over 50% more IOPS than previous versions of vSAN due to the lack of storage latency using flash devices on the server side. It also has a new feature that enables the administrator to check at a glance whether the vSAN cluster is healthy or not, and if it detects a problem, it helps diagnose it.

A cluster can have between 2 and 64 nodes. The vSAN 6.6 Enterprise license features stretched clusters with local site protection and other data-at-rest encryption designed to achieve higher security with minimal CPU overhead. Advanced and Enterprise licenses support data encryption and compression erasure data encryption services for all-flash configurations. Erasure encryption can be configured with single or double protection against disk corruption. All vSAN licenses also support Storage Quality of Service (QoS), allowing an administrator to limit the number of IOPS that specific VMs can use.

The system requirements for vSAN setup are as follows:

1 GB NIC: Of course, 10 GB NIC is recommended.
SATA/SAS HBA or RAID controller
At least one cache memory device and one persistent storage disk such as Flash or HDD for each capacity node

On top of the standard feature set, Advanced and ROBO Advanced licenses are added to support encryption and compression and clear RAID 5 and RAID 6 programming for all-flash environments. The Enterprise version has all the features of the advanced product.

What is meant by vSAN?