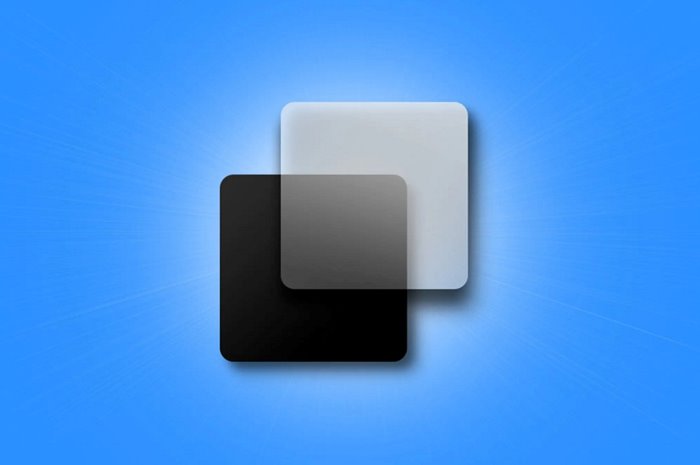 Windows 11 Allows You To Open Programs In Different Workspaces Called Virtual Desktops And Quickly Switch Between Them With The Help Of Task View.

Virtual desktop is not a new feature in Windows. In Windows 10, creating a separate desktop was a simple task so that, for example, you could have a different desktop for yourself for any particular purpose.

Creating a virtual desktop in Windows 11 has been improved compared to the previous generation; You can now have a different background for each virtual desktop, making each desktop easier to distinguish from another and providing a different effect depending on your use.

Note that introduced some of these features in Windows 10, But along with the new features of Windows 11, they have made a helpful tool.

The desktop in Windows is a unique workspace behind all windows and is also a particular type of folder. You can give this desktop a background image and organize its icons in the desired arrangement.

In an older sense from the history of personal computer operating system user interface design, the term desktop refers to the specific arrangement of open program windows against the background.

So if you imagine a real desk covered with paper, the set of documents on the table can be called a desktop. Before Windows 10, most PCs without multiple displays had single desktop access.

Thanks to the Task View feature in Windows 11, you can have several desktops other than the main desktop on the same computer and easily switch between them. Each desktop has its arrangement of open windows and programs, but the icons on the main desktop remain the same across all virtual desktops.

Thus, people who use only one monitor can act as if they are using more than one monitor with the help of Task View.

Such a feature is very efficient, especially when doing multiple tasks at the same time, and allows the user to have a separate screen for each category of undertakings or projects or particular purposes, and does not need to close and open applications constantly. This feature allows better management of programs and reduces time wastage.

How to create and use a virtual desktop

When you open Task View, you will see a page at the top that shows all the windows of the active programs if you have a busy schedule. At the bottom of the screen is a ribbon that displays the available desktops and allows you to create a new virtual Windows. 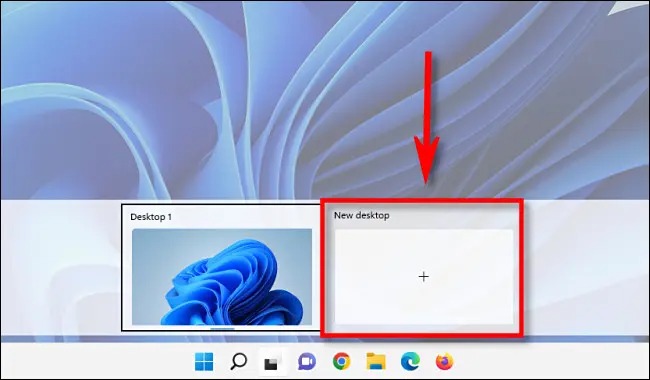 In this mode, you can open applications and arrange open windows on any desktop as you wish. The programs you open also appear on the virtual desktop taskbar. If you switch to another virtual desktop, the window arrangement is preserved, and you can return to it later by clicking Task View again and selecting the virtual desktop thumbnail. 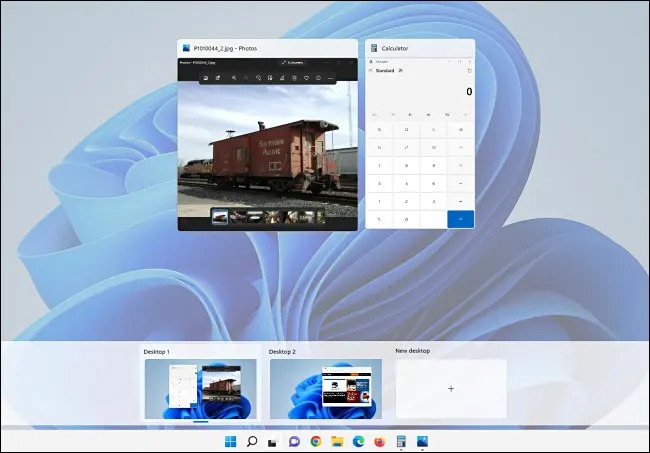 Personalization of the virtual desktop

With Windows 11, you can personalize your virtual desktops to make it easier to assign each desktop to a separate function. There are several ways to do this. 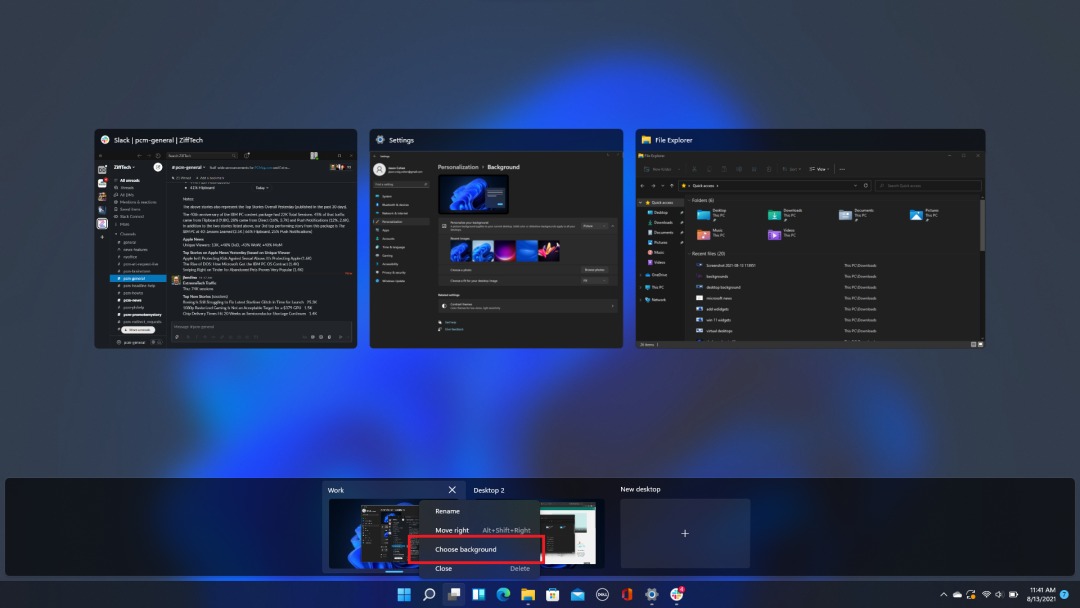 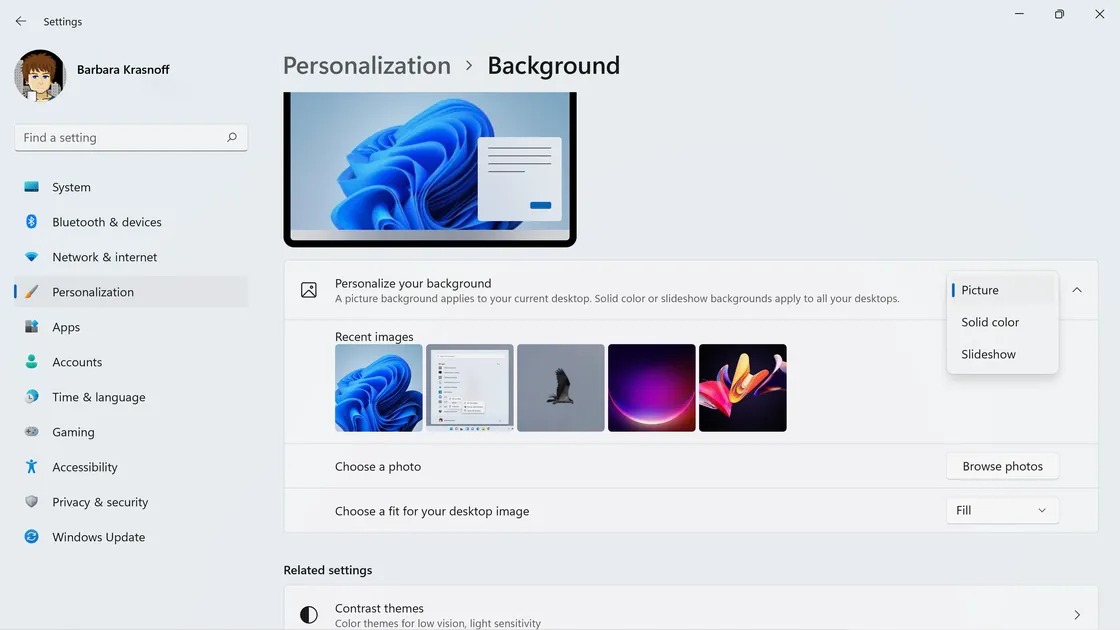 When the number of virtual desktops grows, it can be difficult to tell them apart or forget which programs and files are on which desktop. It’s best to rename them to help identify each desktop more efficiently.

Change the order of virtual desktops. 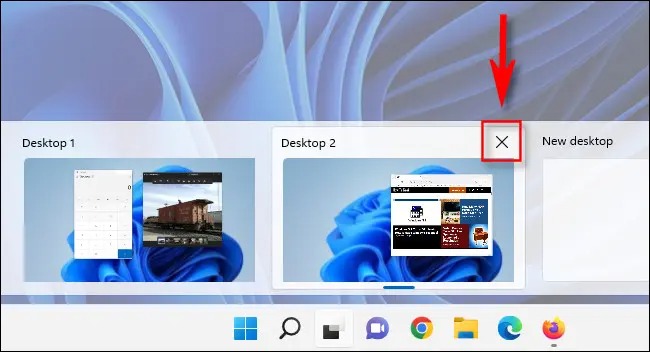 Display a specific window on all virtual desktops

By default, programs on desktops work independently; For example, you can open several work-related tabs in your browser on one desktop, switch to a new desktop, and open a completely different set of accounts for personal use. 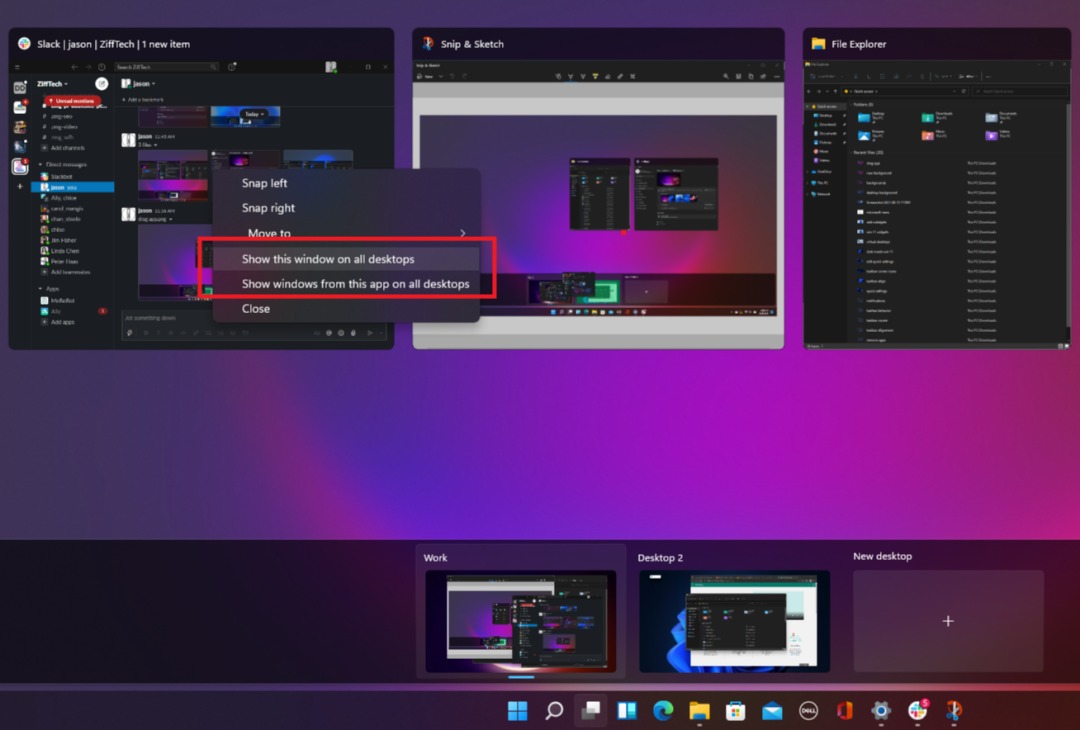 Open programs on one desktop can be dragged to another empty desktop to reorganize. Note that if you close any desktop containing available applications, the applications will automatically move to the next desktop. 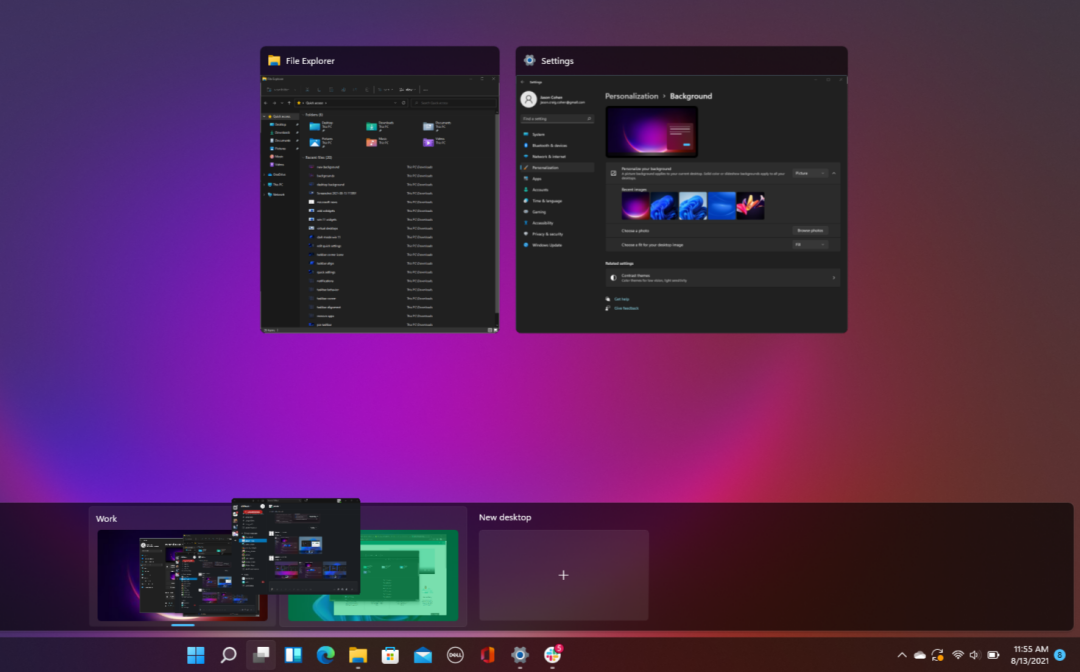 If you want programs open on the taskbar to pop up windows from across your desktop when you click them: 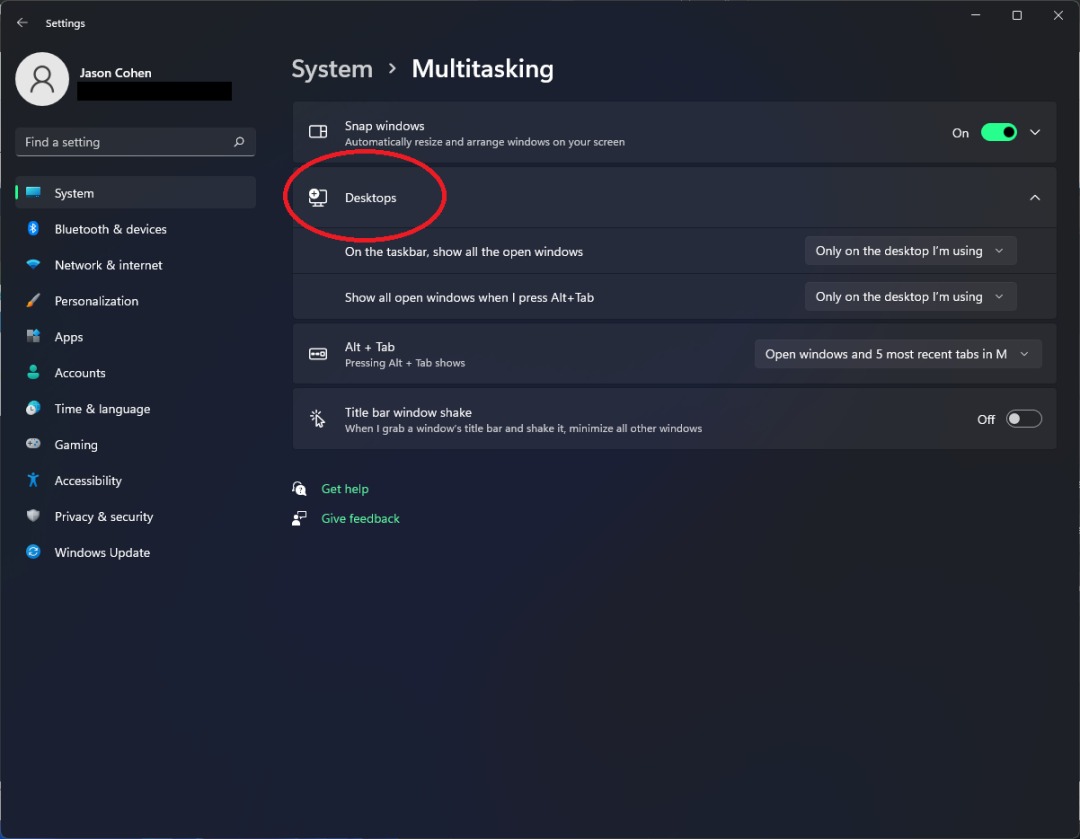 On this page, you can set the Alt+Tab keyboard shortcut to show all windows from all desktops.

Windows 11 has a set of easy-to-use keyboard shortcuts that make using a virtual desktop more efficient. Here are some of the most important ones:

We hope this article has been helpful to you. If you have questions about creating and personalizing a virtual desktop in Windows 11, share your questions with users and us.