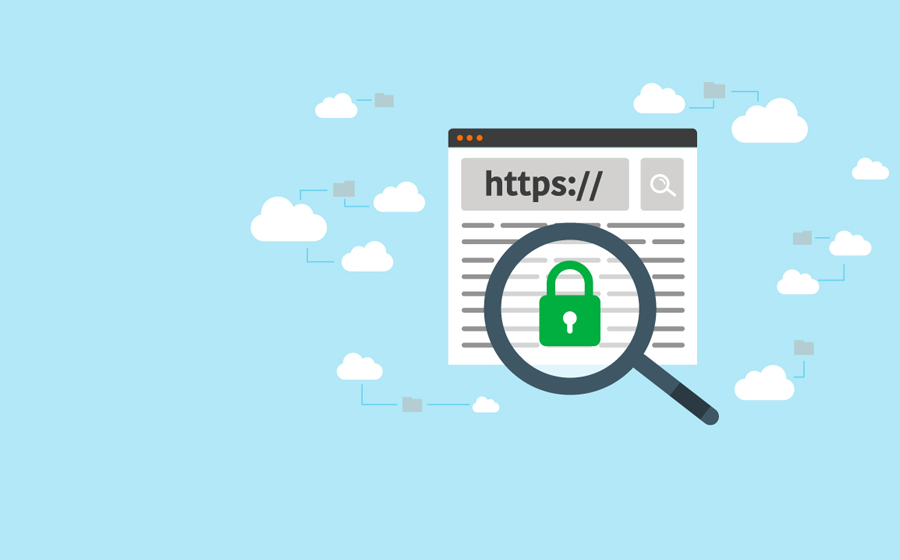 There are various protocols in the world of computer networks, each of which has implemented its own policies on the site. In the article on the difference between ssh and HTTPS, we have tried to examine two types of network protocols that have many applications and are high in terms of security.

We have tried to compare their advantages, disadvantages, and uses with each other, and as a result, find out which one is better. Join us as we explore the differences and commonalities between the two protocols. But first, we must introduce each of the protocols separately.

What is the ssh protocol? What is the difference between ssh and HTTPS?

In the difference between ssh and HTTPS, we will first discuss the type and structure of these protocols, then continue to introduce the advantages and disadvantages of each. One of the network-specific protocols developed in 1995 is the ssh protocol.

This protocol was developed under the license of the IEFT protocol. For this reason, all users in computer networks who want to connect to another computer and transfer information can do so safely in a secure environment. Today, this protocol has become very common among network administrators.

Because one of its best features is remote system management, in this protocol, managers can enter their desired commands into the network system remotely and get the desired result. The most important difference between ssh and HTTPS is that the ssh protocol encrypts the transmitted data. For this reason, it is more secure.

The most important applications of ssh

As we explained the difference between ssh and HTTPS, now we want to explain the applications and capabilities of this type of protocol. The most important feature of this protocol is the ability to authenticate users by various methods. That is, it identifies users according to specific authentication algorithms. The automatic transfer of encrypted and secure information is another feature of ssh. This protocol also sends commands and commands remotely to the client and server.

Also, one of the most prominent and best features of the ssh protocol is that it manages the network components in the infrastructure in a completely secure way. Authentication in this protocol is done in several ways. But the best type is to use the ssh key technique. How to authenticate in protocols is completely different. For example, the most important difference between ssh and HTTPS is the same type of authentication.

What is the HTTPS protocol?

One of the most important and well-known Internet network protocols is HTTPS. In ssh and HTTPS, we try to compare these two types of protocols. The HTTPS protocol is very different from ssh. Also, the policies and policies of this protocol are completely different. The word HTTPS stands for HyperText Transfer Protocol.

This phrase refers to the transfer of information on a large scale between servers and clients. Of course, this transfer is also completely safe. For example, when you search for something on the Internet, the data is shown to you by the HTTP protocol, which is not very secure.

But on important sites such as Internet banks and corporate sites, you must use the HTTPS protocol to improve security. That is why this protocol is used to increase the security of the web and virtual networks to prevent any unfortunate occurrence.

As we have said, one of the most important criteria of a good protocol is security. In the difference between ssh and HTTPS, we also mentioned security. When you enter a site on the Internet, the content and data are displayed by the HTTP protocol.

But when a website uses the HTTPS protocol, Google automatically uses the Secure tag next to the site URL. In other words, when a website has a lock mark next to its address, that site is completely secured by the HTTPS protocol. This protocol has a high level of security due to its own policies. For this reason, HTTPS is used on sensitive websites such as banks’ websites.

Nowadays, having an https protocol requires using every web feature. In addition to ssh and https, we will also mention their speed. For example, the speed of the HTTPS protocol is one reason for using TLS 1.3, and HTTPS / 2 has a high page load speed. In terms of SEO, in addition to referring to the site interface, Google also affects the page loading speed and will increase the ranking of your website.

As we said, the difference between ssh and HTTPS is their security, performance, and speed. Having information transfer security is also one of the most important points that should be considered in constructing any network and website.