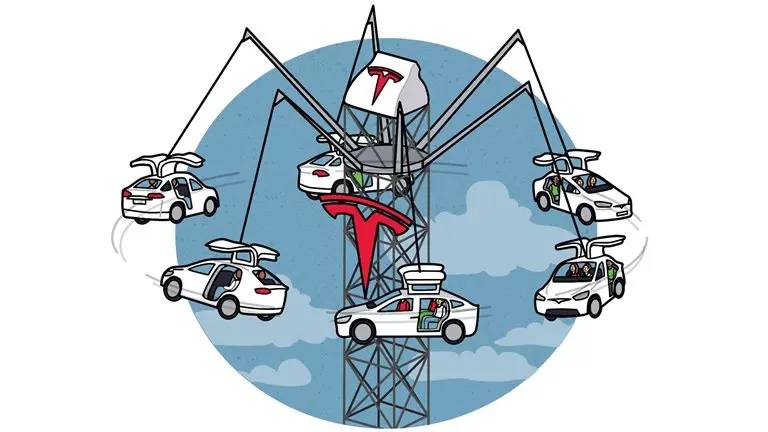 If Tesla, like Toyota and Ferrari, had its own amusement park, what parts and features would Ilan Mask consider for the amusement park?

The names of Tesla and Ilan Mask always appear in the daily and weekly news for various reasons, and this new American brand has gained countless fans in just a few years.

Tesla, the flagship manufacturer of electric vehicles, entered the arena of competition with giants such as Toyota and Volkswagen; Of course, according to many experts, Tesla is likely to be a supplier rather than a manufacturer in the next few years as long-established automotive brands enter the electric model market with all their might. 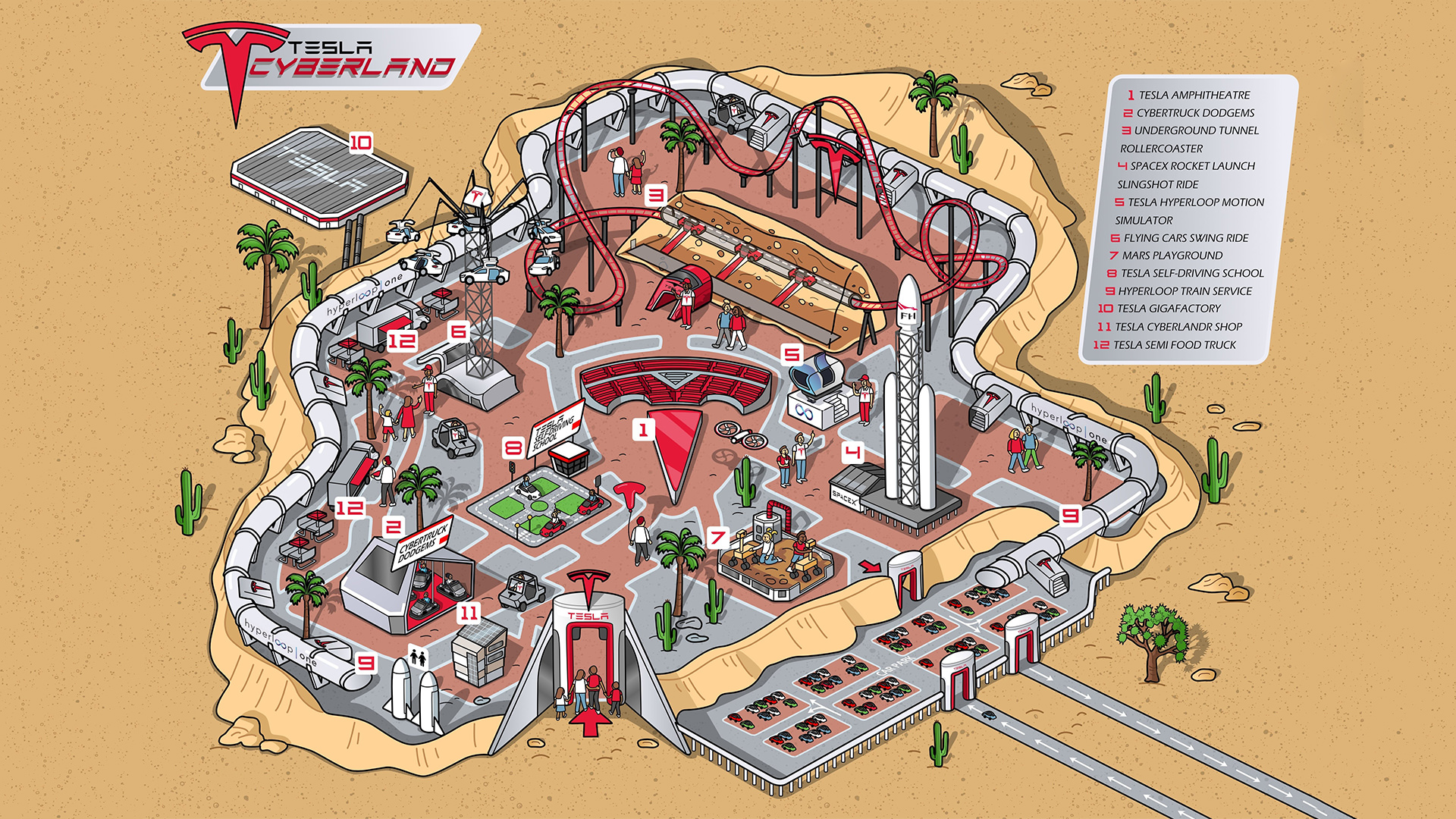 Companies such as Ferrari, Volkswagen, and Toyota, in addition to large facilities, each have a spectacular amusement park. In these parks, which are the main form of entertainment, getting acquainted with the history, products, technology, and plans of each brand, the visitors will feel close to the company while having fun. Now imagine Tesla having a private amusement park with that fanatical crowd!

A few years ago, Ilan Musk, among his strange ideas, mentioned a plan to install an aerial train at the factory. If this idea works, what will Tesla Amusement Park look like? The LeaseFetcher website has published some interesting designs by naming Tesla amusement park “Cyberland“, which are given in the continuation of this article.

In the center of the park, a magnificent platform for Ilan Mask; The first thing that can be considered for a Tesla amusement park. In addition to hosting Ilan Mask lecture programs at the Tesla Amphitheater, this venue can be used to introduce or even unveil the company’s latest products and services. 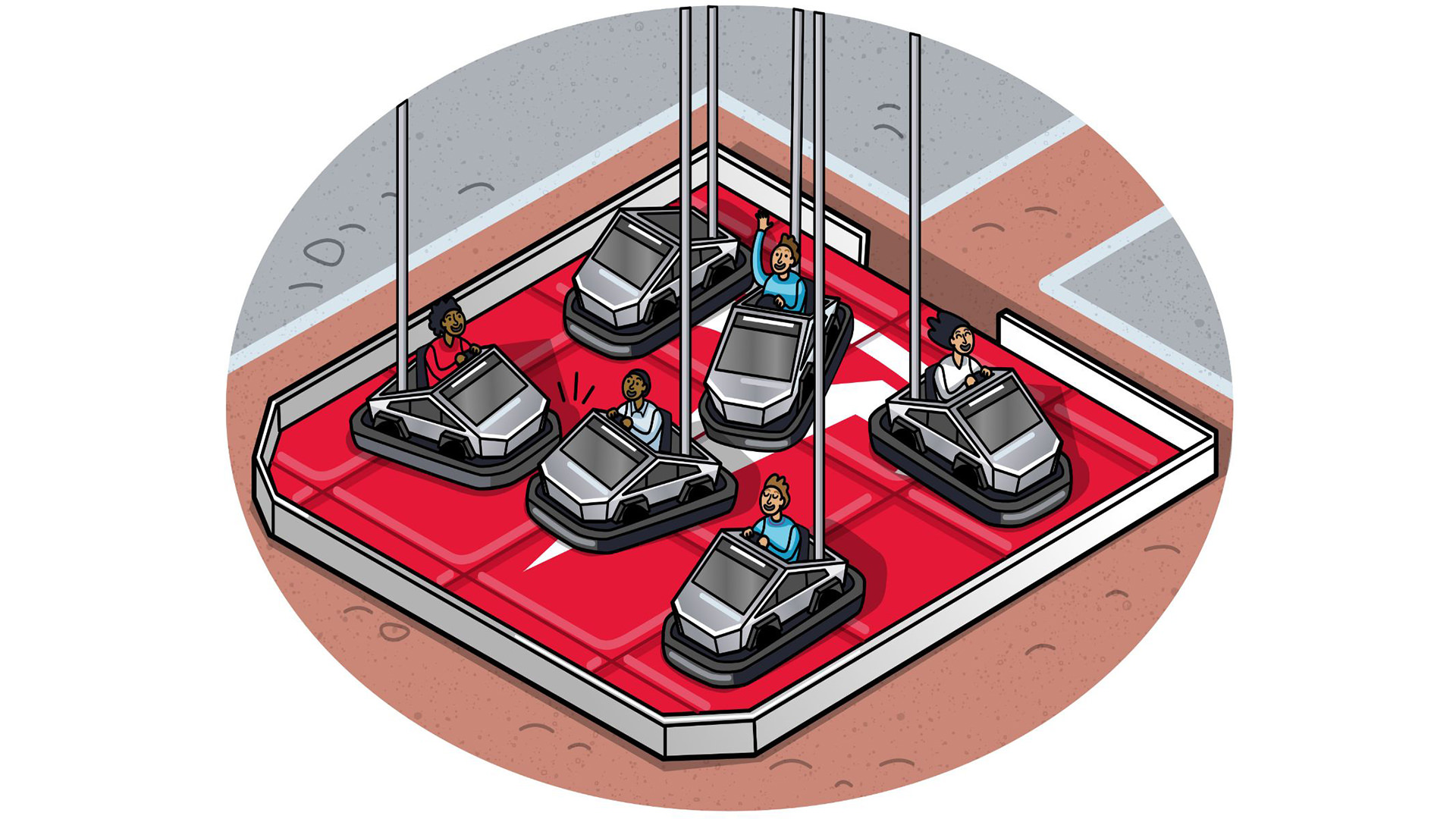 Definitely, one of the necessities of any amusement park is an attractive place for electric cars and hearing the familiar sound of these cars hitting each other. Tesla can use its much-anticipated products, such as cyber trucks, to design these cars, or even add a few buttons on the back of the car to promote its car technology. The younger generation who go to the Tesla amusement park and drive behind the wheel of a cyber truck will probably become fans of the brand in the future. 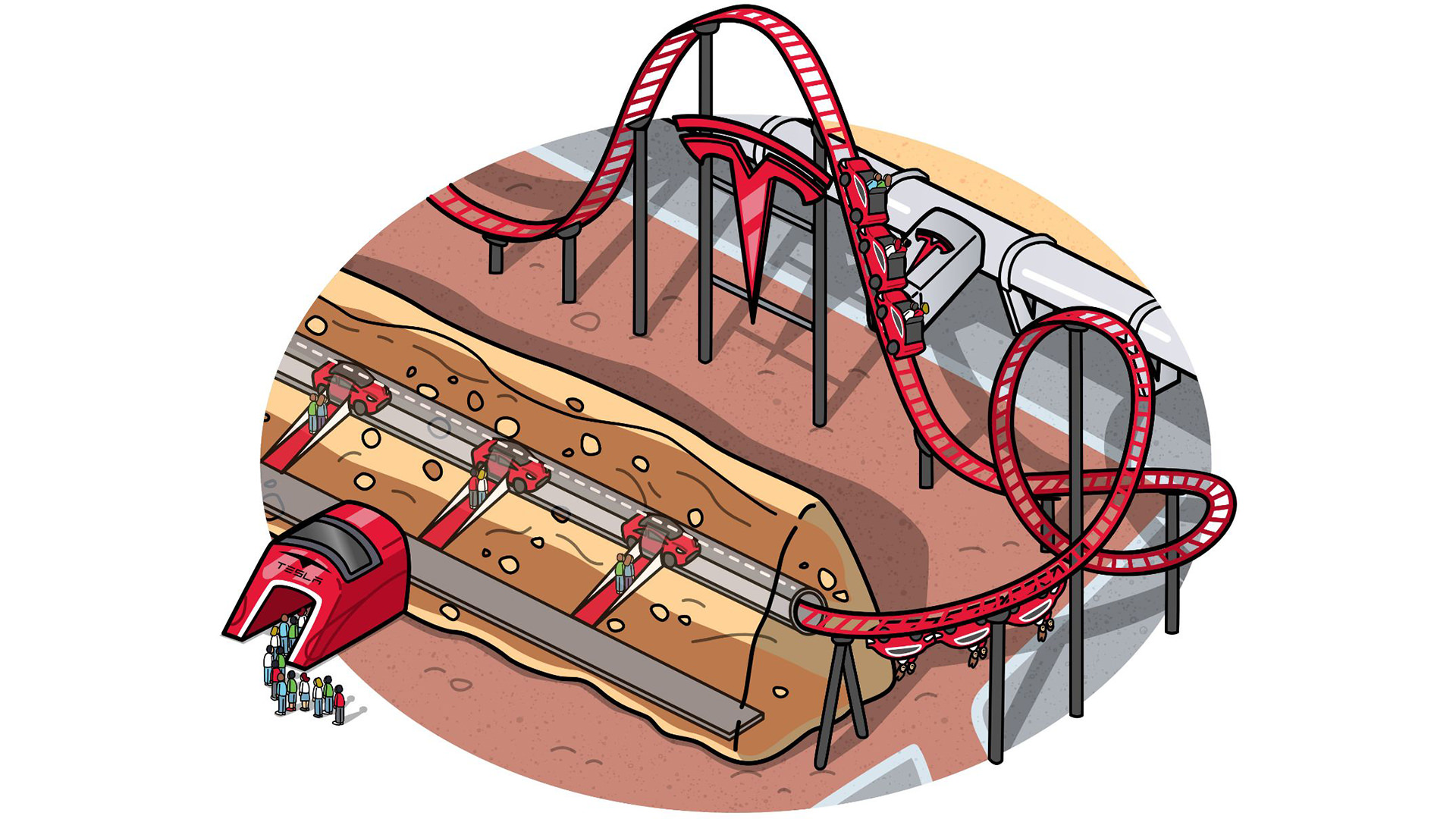 The aerial train is one of the most attractive parts of any amusement park, But Tesla can make this entertainment even more enjoyable. For example, the Cyberland aerial train with the help of the company’s boring specialists will also have an underground section. In fact, the Cyberland Air and Underground Train can be considered a short experience similar to the company’s large boring project. The design of the LeaseFetcher website envisages riding a train from the basement, and the acceleration of the wagons reaches the air-rail spirals. 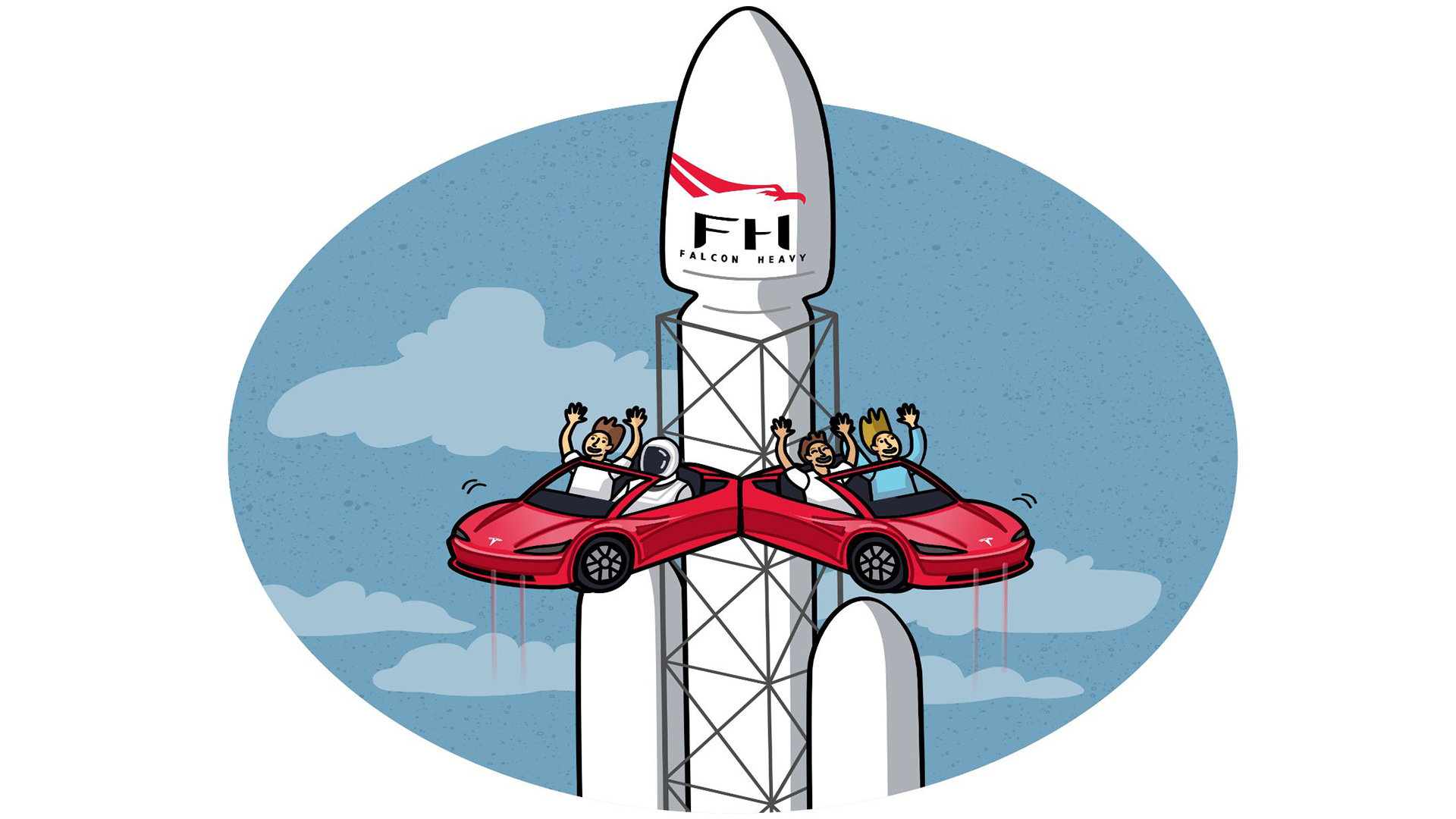 To commemorate Tesla’s success in launching the Falcon Hoy in 2018, the company’s amusement slingshot could have a similar design to the SpaceX rocket. Like the actual SpaceX project, the slingshot seat in the LeaseFetcher website design is based on the Tesla Roadster, and even a Starman is behind the wheel! 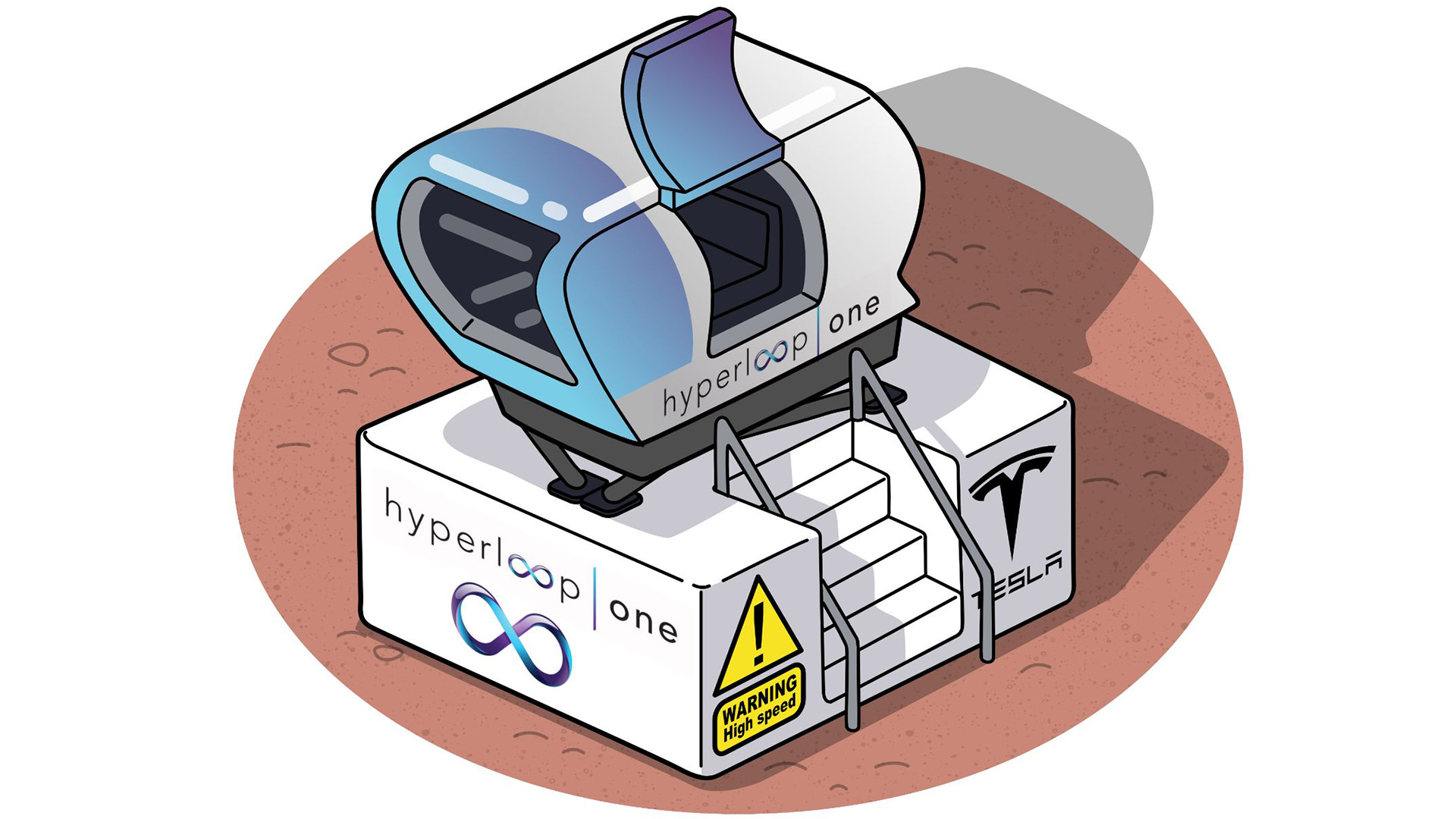 In 2013, Ilan Mask introduced the idea of ​​future transportation with special chambers at speeds of more than 1,200 km / h. To many people, like many of Ilan Mask’s speeches, this idea seemed impossible at first; But after a few years, the initial hyperloop test was successful. Cyberland can have a special section for experiencing virtual reality and simulating Tesla Hyperloop, where each user can choose from several Virgin Hyperloop projects in different locations. 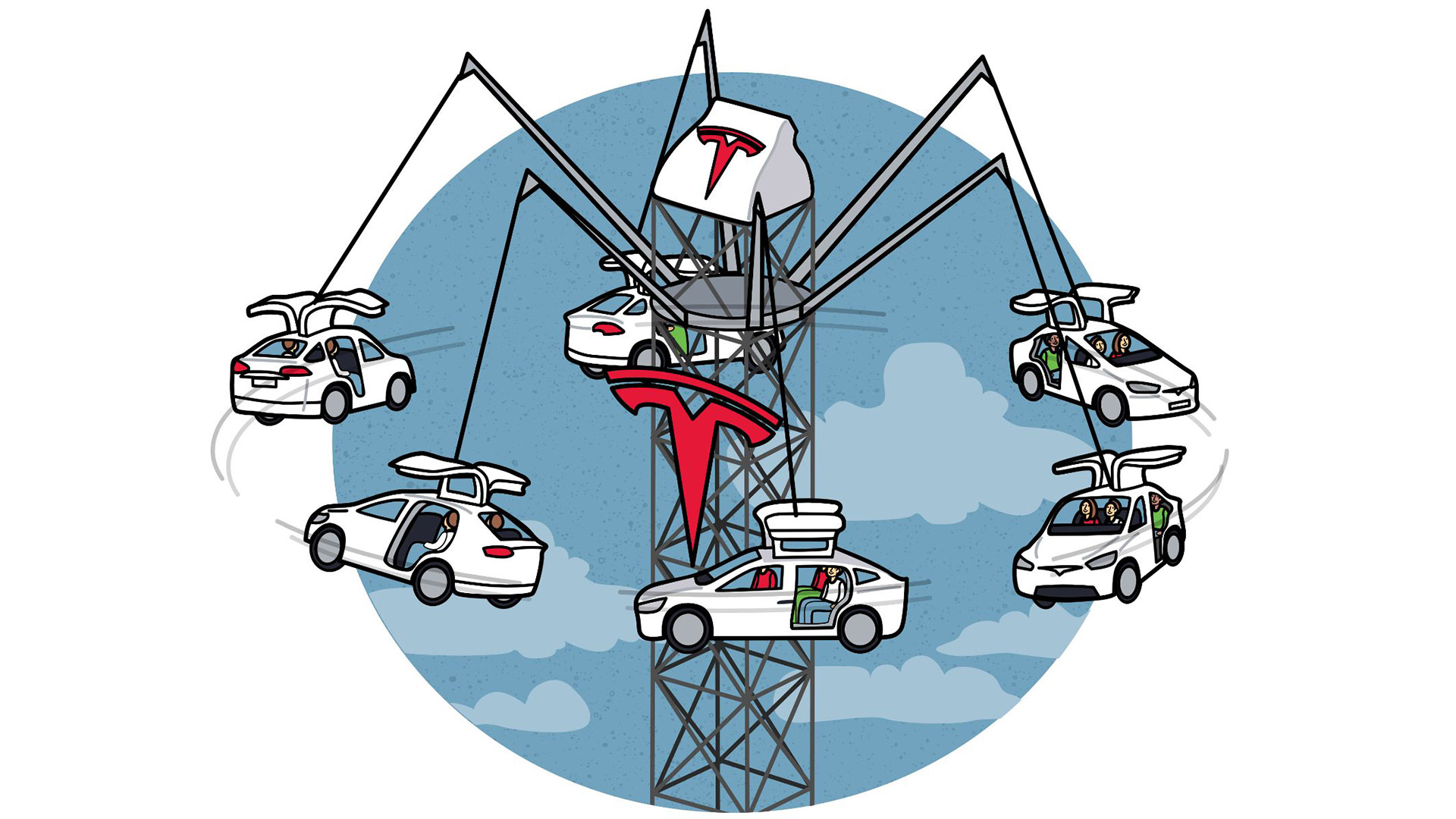 Rotating swivel device ( Swing ride ) is one of the exciting entertainment, theme parks, which could be installing Tesla model vehicles to the fans to bring Saybrlnd. In the Cyberland fantasy design, the Tesla Model X is mounted on a swivel, which with its galvanizing doors gives an interesting view of the amusement park. Leaving the Model X galvanizing doors open can also add to the thrill of riding!

The LeaseFetcher website offers several other sections for Cyberland in addition to the designs it has published. For example, a playground with a Martian-like design and a small environment with red sand and space clothes suitable for children and fans of Tesla youth.

Although many parents go to the playground under the pretext of entertaining their children, they sometimes use different sections themselves. Tesla can have a section with children’s cars for mothers and fathers to leave their children to the latest technology and ride the lights themselves.

Tesla Cyberland is likely to cover a large area that will require domestic transportation services. The Hyperloop small train is a great way to quickly transport visitors to different parts of Cyberland. Tesla could design a cyberland power plant similar to a gigafactor and invite customers to visit different sections.

Amusement parks are not attractive at all without gift shops and restaurants. In the Cyberland store, all kinds of accessories related to Tesla products or balloons, clothes, hats, etc. with the design of the brand’s cars are sold.

The Boeing Burner may not be licensed for sale at the amusement park, But it can be one of Cyberland’s most fascinating souvenirs. For catering services, turning a toxic truck into a food truck also seems like an attractive idea. By selling a diet similar to Ilan Mask’s favorite meals, Food track Cyberland will definitely have a lot of customers.

In your opinion, will Tesla’s own amusement park be built? What features does this theme park need to satisfy Tesla fans?