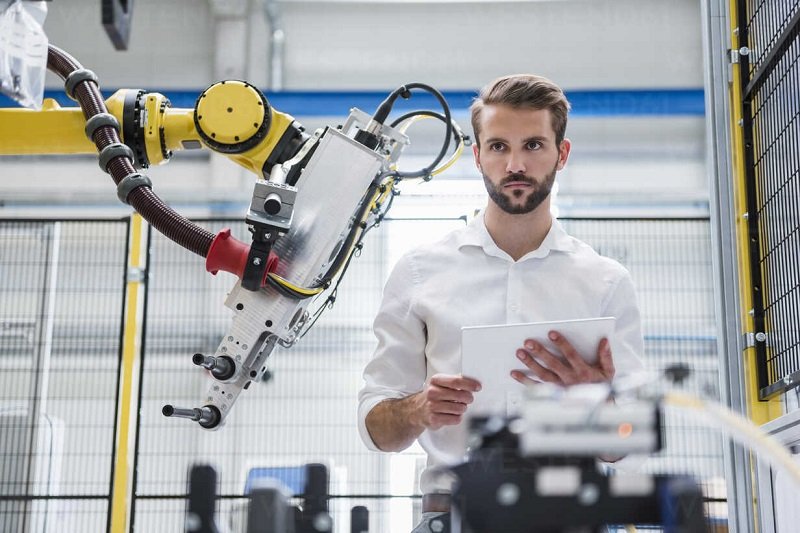 Robotics engineering is a combination of several disciplines of electrical, mechanical, and computer engineering that focuses on the design, construction, and operation of robots and robotic systems.

A person who is responsible for building robots and robotic systems is known as a robotic engineer.

The main responsibility of robotic engineers is to design and build robots and robotic systems.

While the history of using robots in various industries and occupations goes back many years, in recent years this field has been considered by large organizations and manufacturing industries.

Technology analysts believe that the job market and the amount of liquidity in the IT field will skyrocket in the next few years and that robots will become efficient enough to easily make their way into people’s homes.

Robotic engineering is one of the most important and influential professions in the field of information technology, which is rapidly becoming pervasive.

To be more precise, if you invest in robotic engineering, you have guaranteed your future career, because, in the next two decades, you will feel the tangible presence of robots.

An old and deep-rooted science

The science of robotics and robots has been used sparingly by industries and manufacturing plants since the mid-20th century, even when technology was not as advanced as it was in the 21st century.

Technology experts predict that robots will be widely used in factories and manufacturing units, healthcare, energy, and mining industries in the next few years.

However, the advent of robots is not limited to these industries, and companies are trying to design robots with general applications that can be used at home.

An important point to note about robotics engineering and the expertise of robotic engineers is the combined skills that this group of engineers has.

Typically, robotic engineers specialize in one or more of the following areas:

Robotic systems often need to be redesigned and modified, so robotic engineers are at the forefront of research and development.

So it is not surprising that we see graduates in this field working as researchers in universities. In general, robotic engineers have sufficient knowledge of soft skills such as critical thinking, analysis, and interaction with others.

Robotic engineers have specific job descriptions, no matter where they work. These people are responsible for designing robots with accurate, safe, fast, and cost-effective operation so that the replacement of robots with human labor, in the long run, is economically justified for organizations.

Like most IT jobs, robotic engineering jobs require at least a bachelor’s degree. Currently, prestigious universities in the country accept students in various fields in the field of robotics and mechatronics.

What is Robotic Engineering?

Are you interested in electronics, programming, and mechanics? Do you like to solve complex problems? If the answer to these questions is yes, a job in robotics engineering is a good option for you.

The job of a robotics engineer is one of the jobs that specialists work behind the scenes and are responsible for building robots and robotic systems.

Systems that are capable of performing tasks that humans are unable to perform or are repetitive, tedious, or dangerous to humans. Robotic engineers try to make the process safer, easier, and more efficient by presenting innovative and creative designs.

What are the main courses in Robotics Engineering?

As mentioned, some people prefer to study robotics directly. Robotics engineering courses in Iran are divided into two groups of main and specialized courses.

What does a robotics engineer do?

Unlike other engineering disciplines, a robotics engineer needs a set of skills in various technical fields such as mechanics, electronics, computer science and psychology, and cognitive science to be able to do his job properly.

Before building a robot, engineers determine what the robot to be built will be used for.

Because robots are designed to solve problems or reduce the pressure on the workforce, robotic engineers perform an in-depth analysis of the industry in which the robot is to be used.

Accordingly, robotic engineers must answer such questions before entering the design phase. Robotic engineers use three-dimensional tools to create designs that are used to build circuits.

The construction process is time-consuming because robots have a very technical function and some of them are very difficult to build. For this reason, a robotic engineer can work on only a few projects throughout his career.

What are the responsibilities and skills of robotic engineers?

The most important skills and responsibilities of a robotic engineer include the following:

How to become a robotics engineer?

Unfortunately or fortunately, to enter the field of robotic engineering, you must have a strong background in physics and mathematics, and in addition, you must have sufficient knowledge of advanced mathematical topics such as algebra and trigonometry.

Therefore, it is recommended that you spend some of your free time studying advanced math topics in addition to university math courses. Next, you need to think about learning a powerful programming language.

The C or C Plus programming language is the best option in this regard. Another important skill you should know enough about is software development automation and PLC programmable Logic Controllers.

As mentioned, as a robotics engineer you should consider getting a bachelor’s degree.

The best choice in this field is to study mechatronics.

A discipline that combines the core disciplines of mechanics, computers, electronics, and control.

Students studying mechatronics have a great competitive advantage over other engineering disciplines who can explore and solve complex engineering problems.

However, not all educational institutions or universities offer such training.

Recruit as a robotic engineer.

In addition, robotics engineers need to keep up with the changes in the industry to gain the skills that organizations need. The best solution is to follow the annual conferences, seminars, and training sessions.

The career explorer site has conducted a study on the employment status of robotic engineers based on their credentials, which shows that the majority of these individuals have a bachelor’s degree (Figure below).

** For example, the average income of a robotic engineer in Canada is in the range of 51 to 98 thousand dollars per year.

In addition, work experience plays an important role in increasing the level of salary you receive as a robotic engineer.