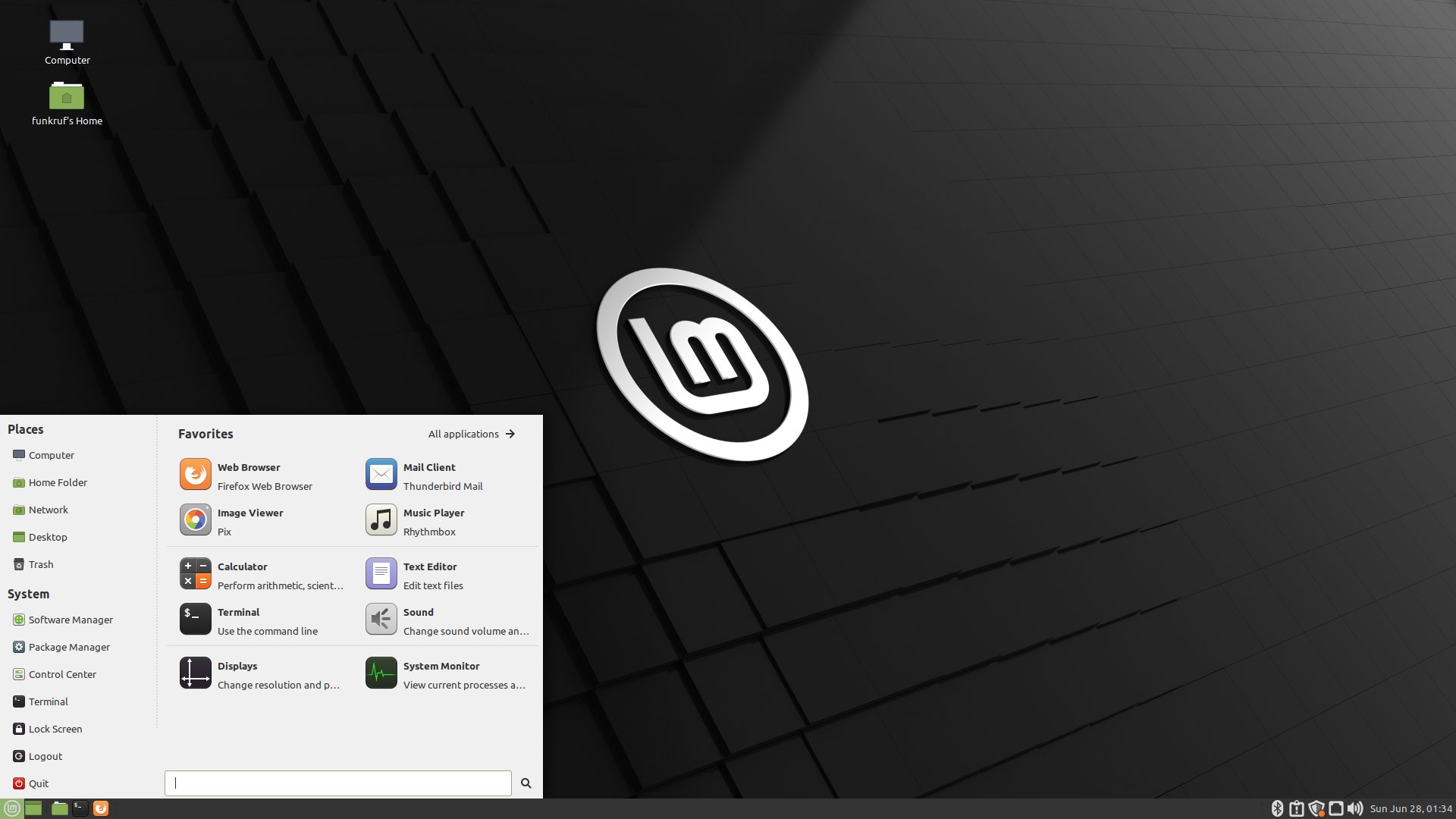 Microsoft Announced At The End Of January, The Company Would Stop Supporting Windows 7, Which Means There Are No More Updates Or Security Patches From Microsoft For Good.

Linux OS is so much faster if you know exactly what you’re looking for and use the command line; If you’re one of the final Windows 7 holdouts and don’t want to get stuck with an unsafe system, you have a choice to make, upgrade to Windows 10 or switch to something else entirely.

The following path that Microsoft made for Windows 10 might not look good to everyone, especially for the old-time Windows XP and Windows 7 users, since it came with a lot of significant changes and was different from the other ones, like everybody we don’t want to stick with an old version of Windows 7 with many security holes and the danger of getting attacks by malware or hacker and end up losing our information and data, so today we tried to guide you through the installation of Linux.

By saying Distro, we mean distribution; unlike the Windows OS, in the Linux OS, there are so many versions, and each one provides different features, looks, and usage. One of them might have a windows style interface, another one might have the interface and the look of Mac OS, while another shows you a blank space with a terminal to enter the codes and commands.

Exploring the bevy of Linux distributions out there is a fun part of the hobby. Still, for your first installation, you will likely want something popular and beginner-friendly, so getting help is easy. There are a lot of distributions that aim to mimic Windows in layout and functionality, like Zorin OS, but they’re on the smaller side, and you won’t have as big a community to tap as you learn your way around. That’s why I recommend starting with Linux Mint.

On the other hand, Ubuntu is the most popular Distro of Linux OS on desktop PCs, but it isn’t very Windows-like these days. Linux Mint is a perfect in-between option: it’s designed for beginners, offers a familiar desktop environment, and it’s based on Ubuntu, so you can make use of the enormous Ubuntu/Mint community when you need help.

There’s no forcing you to use the Linux Mint or anything, You’re free to check out other distros instead, but I’ll be using Mint for the goals of this guide, and I suggest you do too. It’s not my particular Distro of choice, but it’s excellent for new Windows migrants, and it’s more comfortable to explore other distros once you’ve nailed down the basics on a beginner-friendly system.

If you’re planning on running a server, you’re looking for long release cycles, compatible versions of the software you plan on deploying, support, and general reliability. For desktops, you don’t necessarily want long release cycles. You probably wish to have newer versions of your applications. And you might even want a rolling release that keeps you on the bleeding edge.

You’re also going to be using a graphical desktop environment. You want a distribution that provides something that you find visually pleasing and functional, and you certainly don’t want something bloated and clunky. You also want some stability, but it’s not as critical.

Again, we recommend you use the Linux Mint for the rest of this article.

For making and installing files, first, you need to download the image files from the website, head to the Mint download page, and then choose the 64-bit “Cinnamon” version. Cinnamon is the desktop environment I suggest for former Windows users, though MATE is also notably Windows-like, even though it’s a bit less modern.

XFCE is excellent for old or low-powered PCs thanks to its light resource usage. Try downloading this one; Mint’s download page provides several links depending on where you live. If you use BitTorrent, I recommend grabbing the torrent file, which will download much faster.

The installation image comes as an ISO file or disk image file. To install it on your system, you’ll need to burn it to a DVD (by right-clicking it and choosing Burn Disc Image in Windows 7) or USB flash drive. We’re going to do the latter using a tool called Rufus. (If you have a fast USB 3.0 drive, all the better.) install Rufus, open it up, and insert a flash drive that’s 2GB or larger.

Then you should see it appear at the top of the Rufus window.

Now click on the select button next to disk or ISO image, and choose the downloaded file, Linux Mint, press the start button, and if prompted to download new versions of Syslinux, click Yes. Note that this will erase your flash drive, so make sure there isn’t anything important on there before continuing.

In the meantime, you can get a coffee or something to eat, and when it’s finished, you’ll see a success message, and your flash drive will be named LINUX MINT. Back up your data, reboot your computer, and buckle your seat belts: it’s time to install Linux.

As your computer is about to turn on, you should start seeing some messages that tell you to press different keys to enter the boot menu; it’s often something like F12; if not, you’ll see a key to enter Setup (often Delete). Press one of those keys, and look for the option to boot from the inserted USB drive.

(If you enter the entire setup menu, it’ll be in a Boot settings menu somewhere, and you’ll have to exit the menu to reboot again when you’re done.)

After that, you should start seeing GRUB, Linux Mint’s boot menu, where you can choose to boot into Linux Mint. You may need to search for a fix if you run any errors. For example, I had to enable the nomodeset option for my graphics card. Others should have to tweak or disable Secure Boot in the BIOS.

This installer is what we name, Live CD, it means it is not fully installed on your PC, but it can show around the OS and let you work with the features; this will provide you an opportunity to see if this particular Distro appeals to you without it touching your system drive.

Once you are done with thoroughly reviewing the interface and the operation system, you can click on Install, double click on the Linux Mint icon to go through the wizard, band e sure to check the box next to Install third-party software since it contains valuable drivers and codecs you almost certainly won’t.

From here forward, you have only two options: wipe your hard drive entirely, resulting in all traces of windows, and use Linux as your only operating system.

(Make sure you’ve backed up your data before doing this.) Alternatively, you can split your drive into two partitions and dual-boot Linux beside Windows.

This will allow you to reboot into one or the other whenever you want. Keep in mind that Windows 7 will be left insecure, so you don’t want to spend too much time there. If nothing else, it’s comforting to know you have that safety net during the transition before you remove Windows entirely.

Choose the appropriate option from the Installation Type menu, and click Install Now. The process may take a little while, but you’ll get a success message when it’s done. Click the Restart Now button to boot into Linux Mint and start getting acquainted with your new OS.

Familiarized With Linux Some Apps

During the reboot, you’ll be dropped into the Linux Mint desktop once again—only this time, it’s installed on your PC. The basics are pretty familiar: click the button in the lower-left corner to see applications, manage windows from the bottom taskbar, and so on. However, a few things in Linux work differently than in Windows, with apps being the biggest.

In Linux, it’s less simple to download apps from the web. Instead, each Distro has its repository—like a free app store, with a directory of popular apps. You can install an app from the warehouses in one of two ways: from a graphical software manager (again, which looks like an app store) or from the command line.

To open Linux Mint’s Software Manager, click the menu button in the lower-left corner and head to Administration > Software Manager (or start typing “software manager,” as you would in Windows). From here, you can download plenty of free, open-source apps.

Some are the ported version of windows apps like Steam and Spotify. In contrast, others are open-source choices to common apps (Banshee is a music player similar to iTunes, and Gimp is an image editor similar to Photoshop). You can browse here or search for apps using the bar at the top.

How to Update Software

You’ll also want to update those apps regularly to the latest versions. Again, you can do this in two ways: from the graphical tool or the command line. For the visual tool, click the shield icon in the lower-right corner, which opens the Update Manager app. You can then click the Install Updates button to update all your software.

Also, another option for you is to open up a terminal and run these two commands:

First, Linux still relies on the command line for various tasks, so it might behoove you to get comfortable with it. Installing an application in Linux OS is much faster if you know exactly what you’re looking for and use the command line for it, it may seem intimidating. To install an app—let’s say the open-source media player VLC—open a Terminal window and run:

Let’s break that down: sudo tells the system to run the command as root (or, as it might be called in Windows, as an administrator), apt is the name of Linux Mint’s package manager, and update ensures the list of available apps is up to date.

The second command, which includes installing LLC, is self-explanatory. You should run sudo apt update before installing any app, and you can replace vlc with the name of any app you want to install. If you aren’t sure what the repository calls it, you can run sudo apt-cache search vlc to see what comes up.

To uninstall an application, you need to run this command: