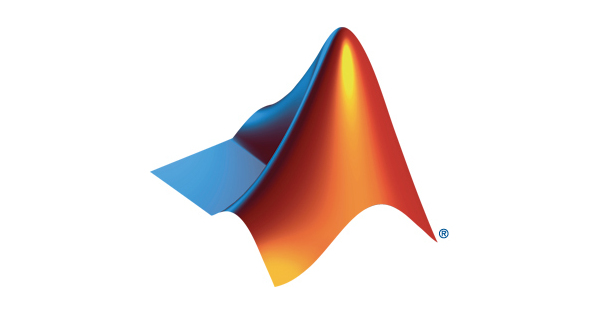 The Matlab programming platform is a platform for engineers, scientists, and science activists. The beating heart of this platform is the MATLAB programming language, which is a matrix-based language that is naturally for mathematical calculations.

In general, users of these domains, using the Matlab programming language, can do things like the following:

Millions of mathematicians, engineers, and scientists around the world use MATLAB in the industrial or academic field. You can use MATLAB for a huge range of applications. Applications such as:

An environment where users can easily review and conclude their problems and solutions. So if we want to go into more detail about all the basic things that can be done with the Matlab programming language, we need to provide a more detailed list as follows:

The Matlab programming language is essentially a communication system. So It elements and data are arrays that do not require dimensioning. This type of structure allows users to explore the most difficult math and logic topics in the easiest way possible and provide practical solutions.

Especially mathematical problems that involve matrices and vector formulas. Therefore, using this programming language allows users to write a program with non-interactive numeric time such as C or Fortran in a fraction of the time.

Matlab programming language and its platform is a highly professional, standard, and approved tool for use in advanced academic courses in prestigious universities around the world. Also in the industry, the position of this programming language in the fields of mathematics, specialized sciences, and computing has become a professional and proven position.

MATLAB platform provides its users with a complete set of features and efficient tools in this field. So This set of tools, called toolboxes, allows users to learn and use special and advanced technologies.

In fact, toolboxes are a comprehensive collection of functions in Matlab. Areas in which toolboxes can operate include the following:

In general, what is called a MATLAB system includes the following:

Advantages and disadvantages of this programming language

According to the user experience published by Matlab contacts and users in Internet groups and IT magazines, some of the most obvious advantages and disadvantages of this programming language and its platform are as follows.

1- MATLAB is a very easy system for users to use.

2- You can access any of the other programming languages ​​using MATLAB.

5- There are many different toolboxes for use in the MATLAB system.

6-Unlike C and C ++ languages, which require a compiler to run, MATLAB itself is a standalone compiler whose code will be executed one by one.

7- MATLAB rich and internal language library has neural network, power system, communication, fuzzy logic, hydraulic mechanics, Simulink simulation tool, electromagnet, and electricity. Therefore, it is possible to develop and implement any scientific simulation with these tools. Of course, you can control the mentioned tools using internal codes, thus preventing any manual intervention in the simulated model.

8-Data can also be in variables using very simple commands; These commands can be easily used by storing numbers in a vector or matrix when no duplicate loops are needed.

9- MATLAB provides a lot of communication for its users. So many math and logic questions of users can be easy and very quick to answer.

10- Matlab has very convenient and significant support for its users.

11- Matlab UI and the graphic system is a suitable and valuable appearance and system among the programming languages ​​available in this course.

12-MATLAB Compiler is a powerful compiler for converting written programs to machine language and P-code.

14- This system has rich and powerful commands to work on all kinds of images.

15-The MatLab language also provides developers with many toolboxes and functions. That will be very helpful in solving the problems of CFD equations, fluid flow, and heat transfer.

16-The interactive REPL programming environment (reading, evaluation, print, and loop) for mathematical calculations and data visualization in it.

17-To analyze previous data, developers can import and export data from a text or Excel file and export (Export) using a single command. It also allows programmers to save data in an Excel or .mat file.

18- Its language supports functions written by the user and allows programmers to save them in separate files. This will prevent re-coding and wasting time.

19-The length of the code in it is similar (or shorter) to the C and C ++ languages, and for this reason, it will also support the loop.

20-Complex mathematical calculations such as adding and multiplying matrices can be with a single code.

Disadvantages of this programming language:

2- The cost of preparing the original version and FULL-PACK of it along with benefiting from advantages such as support and other monetary facilities for the system is high.

3- Very poor programming methods in this language also cause it to be too slow.

4- To use this, users must purchase each of its modules separately. In addition, the cost of using this language license is very high.

5- It is not able to deploy installation files when installing an application.

6- It is for scientific research and will not be suitable for user-specific development activities.

7- Cross-compilation or dual translation of code in other languages ​​is very difficult and identifying existing errors will require a high level of knowledge and expertise in this language.