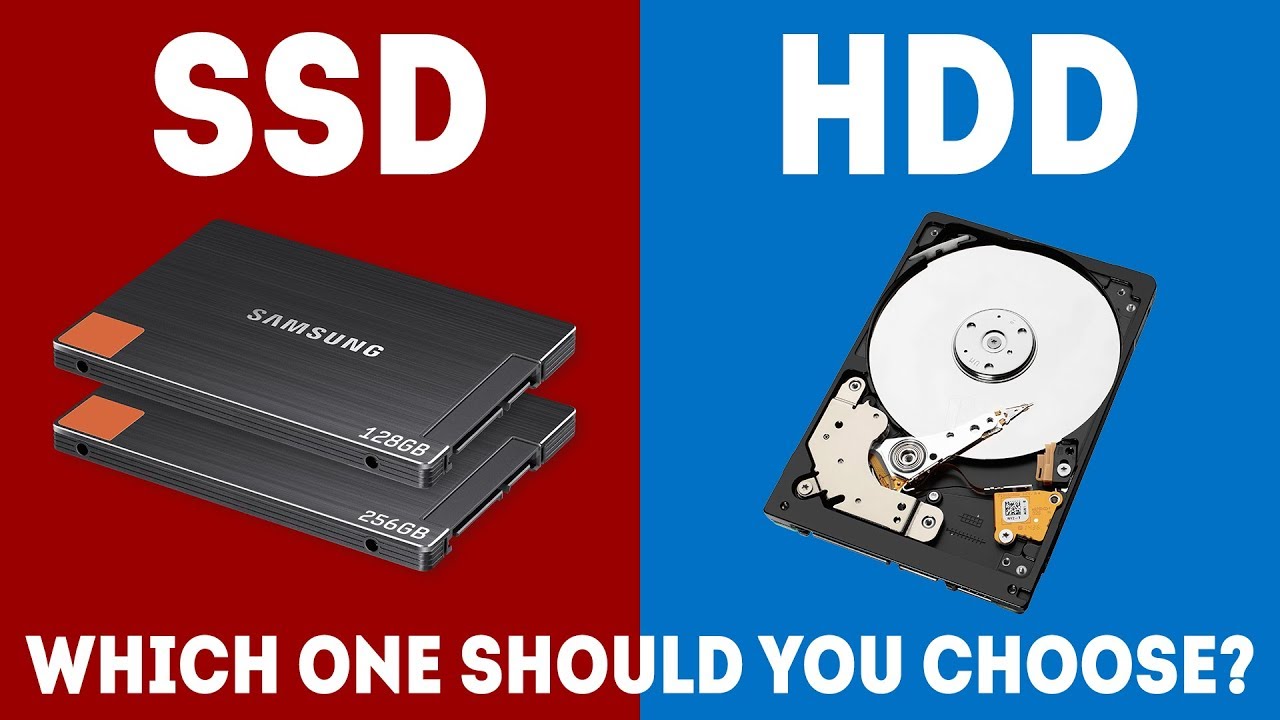 The Debate Between SSD And HDD Fans Has Been Going On For Several Years, And It Is Important To Know Which One Is Superior To The Other In Which Areas.

SSD storage (SSD; abbreviated as Solid State Drives) and HDD (abbreviated as Hard Disk Drives) is clearly one of the most important components of a laptop or personal computer.

Despite the major differences between the two, the question of whether SSD will be more useful to the user or HD does not always come to the minds of buyers of laptops and PCs.

Of course, this changed somewhat recently when Sony and Microsoft made their SSDs a key part of the PlayStation 5 and Xbox X Series. Knowing the differences and similarities of each of these drives can be very helpful for anyone interested in these topics: Choosing the right hardware for your computer or laptop will help you get the most out of your day-to-day activities, including your games. Therefore, you can use this article to understand the differences and similarities between SSDs and HDDs in areas such as speed, price, storage space, and reliability of your drive. 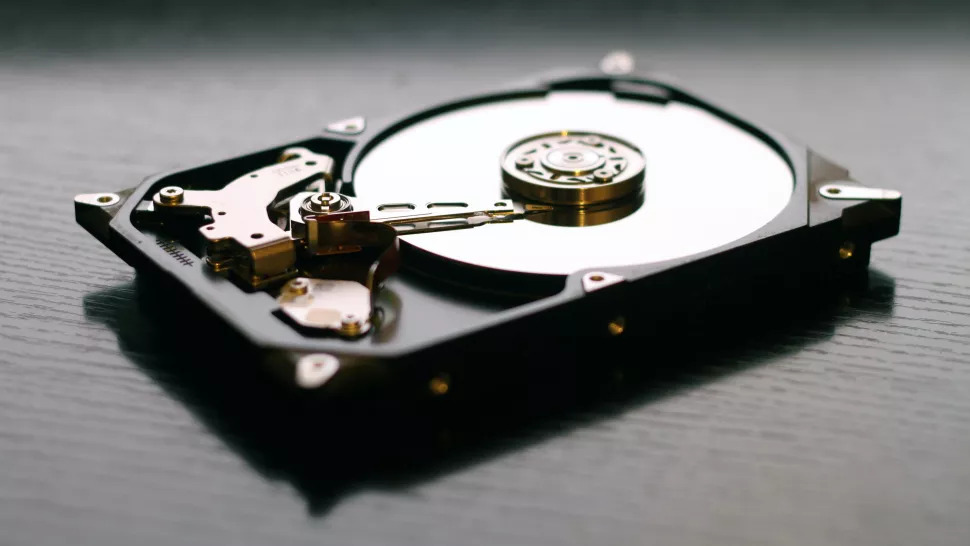 A hard disk stores information on one or more mini circular flat disks (called screens). To read and write on the surface of the plates, the drive uses a small electromagnetic piece, one end of which is located at the end of the actuator arm and each end of which is on the surface of the screen. The design of these disks, which are relatively inexpensive to produce, is based on trial and error methods. The speed of operation of the drive also depends on its mechanical parts.

On the other hand, we have SDs that, as their name implies (solid-state drive), do not include the moving part and are completely static. The method of storing data on them is more like flash memory cells on USB drives; The difference is that the speed and quality of memory in these drives are much higher.

Because SSDs do not require all the magnetic components and drive arms to store data, they are significantly smaller than HDD drives with the same storage capacity. This size difference is actually a huge issue. 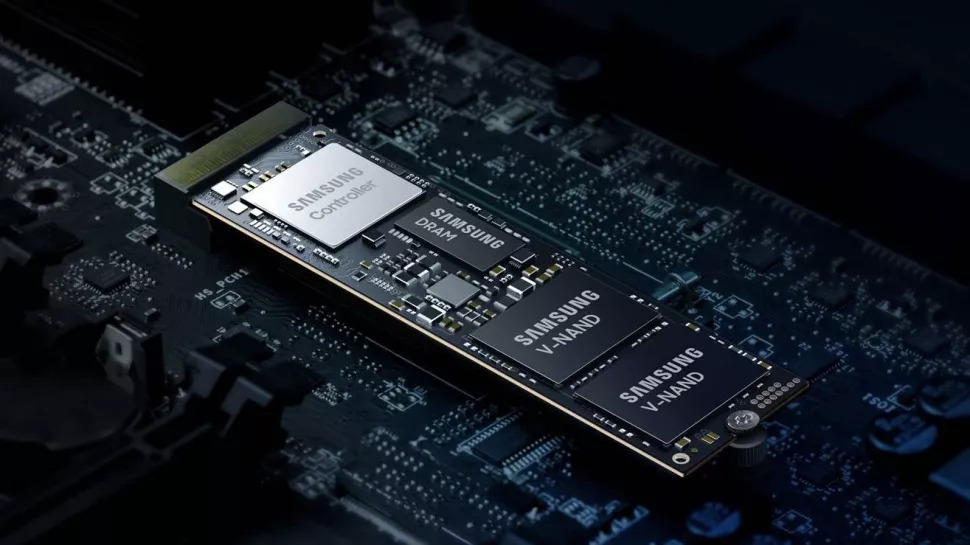 Comparing SSD Speed ​​with HDD: Which is Faster?

To put it very briefly, SSD. When it comes to comparing the speed of the two, the competition is not even close! The fastest HD drives can reach speeds of up to 480 Mbps at best; But it should be noted that the devices we are talking about are more for heavy work and used by commercial companies, not ordinary people. The speed of most models that are distributed to consumers and ordinary people is about 160 MB per second.

Instead, most regular CDs, which are not very sophisticated and specialized in their production structure, reach speeds of up to 500 Mbps; Of course, even this high speed seems embarrassing compared to the speed of more advanced models! For example, the maximum recorded speed of the Samsung 980 Pro was 7,000 Mbps for reading data and 5,000 Mbps for writing.

It should be noted, however, that the speeds mentioned strongly depend on the device on which the user uses the drive, and the user interface is highly influential. Serial Advanced Technology Attachment (SATA), used by cheaper HDD and SD drives, is the slowest. This interface is actually a public bus or route for connecting data storage tools (such as HD) to the host bus.

Another interface is PCIe 3.0 (PCIe 3.0), which requires more expensive non-volatile memory for CDs but instead can record much higher speeds of up to 3,500 Mbps.

The last (and of course the most expensive) interface that can be considered is PCIe Express 4 (PCIe 4.0), after which you can achieve the mentioned speeds similar to the Samsung 980 Pro (5000 to 7000 MB / s).

It’s good to know that high speed in everyday activities such as typing in Word or watching video on YouTube is not very noticeable, but an SDD always comes first in booting up your device system or loading the software you want.

SDS also increases the loading speed of games and other applications on both PCs and consoles. Another obvious issue when it comes to drives is the speed of transferring your files, which will be much faster on CDs. As a result, when it comes to speed, the choice of a better drive is very clear; Because SDS comes first with a huge difference. 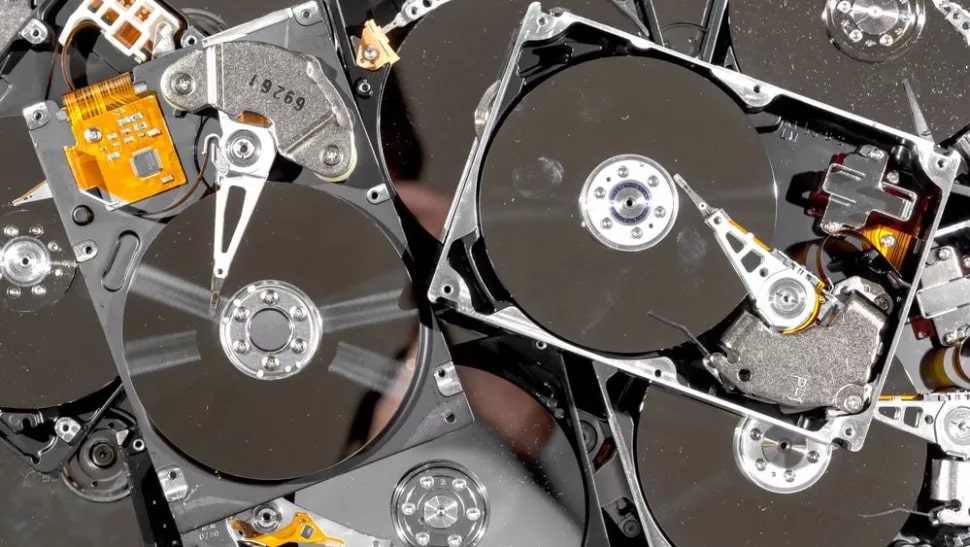 Comparing the price of SSD with HDD: Which is cheaper?

So far, choosing between SSD and HDD does not seem like a very difficult decision; SSDs are by far the fastest and offer a wider range of form factors (form factors; an aspect of hardware design that defines the size, shape, and other physical characteristics of components, especially in consumer electronics and electronic packaging). However, there is a good reason to give mechanical drives a chance again: price.

Yes, CDs may be much faster, but their speed is also expensive. For example, if you check the price of one terabyte HD drive on Amazon right now, you will find hard drives priced under $ 50. On the other hand, if you are looking for SATA SSD drives with the same capacity, you will have to pay around $ 90 to $ 130. Remember the Samsung 980 Pro we mentioned? You have to pay $ 229 for the 1TB model!

Of course, the pricing of each model is determined by its various capabilities and not just by the type of storage drive. This means that you will also be able to find relatively cheaper SSDs whose drive is SATA-based and, of course, slower.

However, the price of the cheapest SSD possible is not as low as the most mechanical HD drive. If you are planning to buy a personal computer with multiple storage drives, keep this in mind; Because buying two, three, or four extra SSD drives will dramatically increase the price of your system. 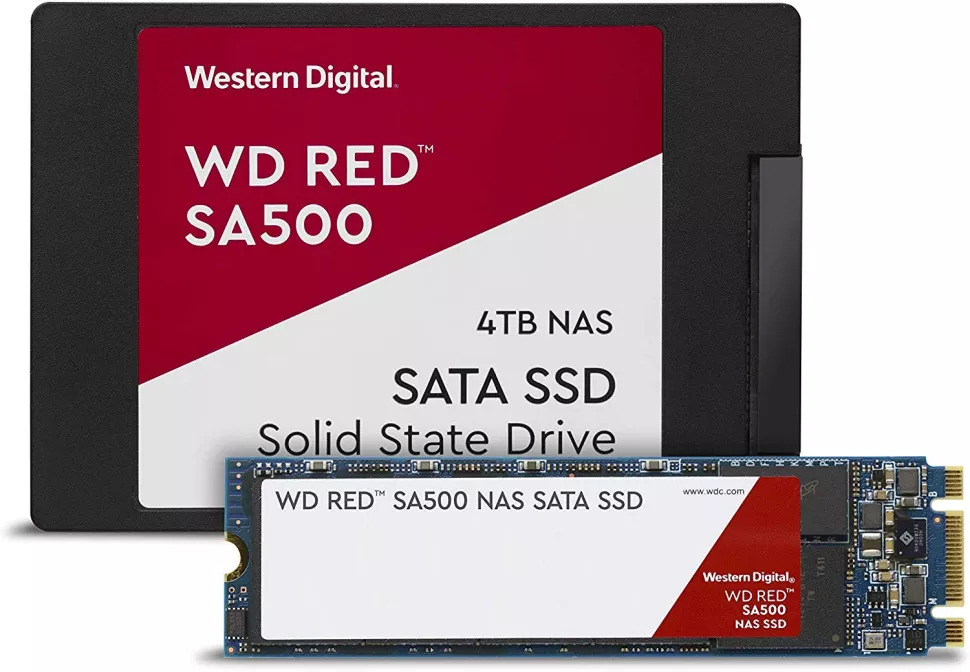 SSD drives are more durable and sturdy than HDDs; This also goes back to the fact that SSDs, unlike HDDs, do not use moving parts. For example, if you lose a laptop with an HDD drive or its body is severely damaged, the drive may be severely damaged and completely shut down; This can cause all data stored on your drive to be lost. SSDs are much more resistant to impact.

Many storage drives of both types (SSD or HDD) carry a certain number called Terabytes Written or TBW. This number roughly indicates how well your drive is capable of writing data to itself; Before it loses the ability to write data altogether and becomes a read-only drive. For example, a drive with a size of 600TBW written on it can process 600 terabytes of data on itself before it crashes.

However, this number is so high on the more modern and advanced drives on the market today that a large number of users do not even come close to it; So there is not much to worry about. You do not need to worry too much about your device’s data processing features and TBW number; Unless you want to do heavy and professional graphic projects or, for example, edit video on it. 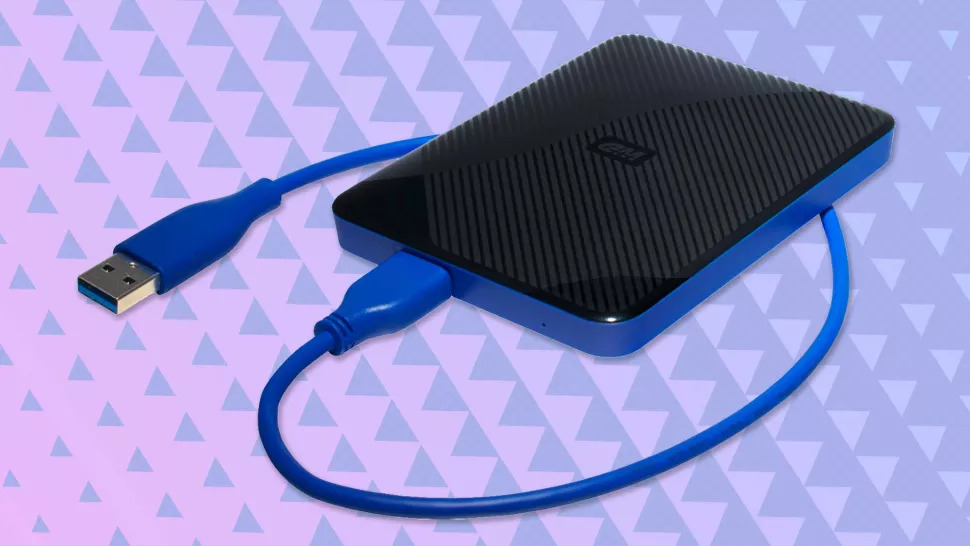 Most of the differences and similarities mentioned between SSD and HDD internal drives also apply to their external drives. Therefore, if you are worried about running out of volume on your drive, it is better to choose portable HDDs; Because they are much cheaper and offer a wider range of options.

Just like their internal drives, external SSDs are more expensive and clearly faster than HDDs. In all likelihood, even a slow, used SSD drive will be faster than an external HD.

In addition, the anti-shock properties of SSDs give them a slight advantage over external HDDs. This is especially true for portable drives, which are more prone to bumps or falls. If your only goal in buying an external hard drive is to back up files and documents on your laptop or computer, SSD external ones are a good option and worth buying.

External hard drives, on the other hand, are mostly used to store thousands of audio, video, or video files on laptops or personal computers.

Either way, an HD external seems like a much better option; Because on a larger scale and in larger capacities, the price is cheaper than SSD external. Of course, be careful not to hit it, because it does not have very high resistance. 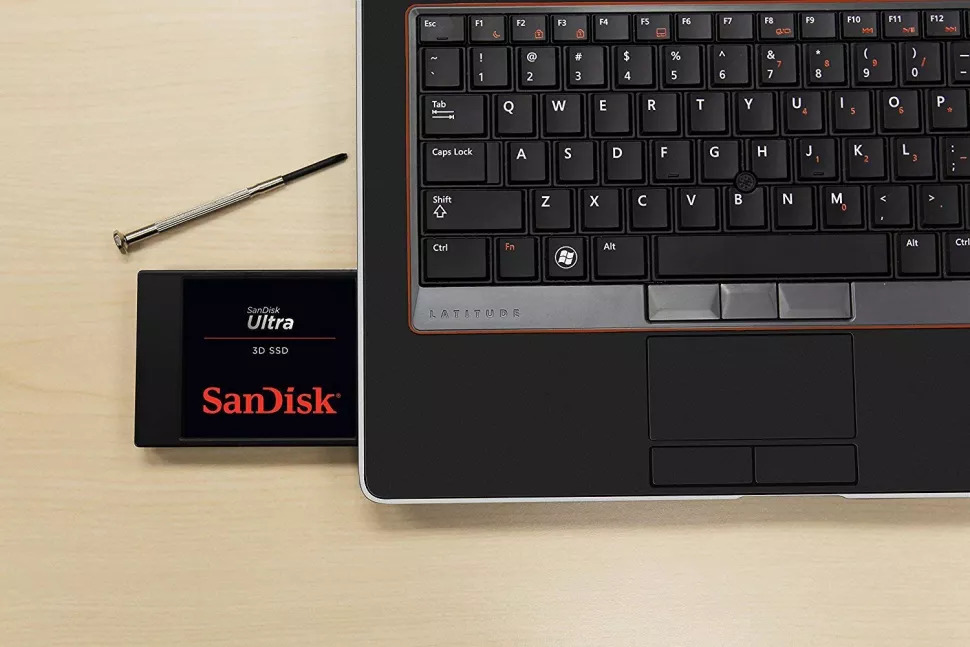 Comparing SSD to HDD: Which is more suitable for you?

First and foremost, make sure the type of storage drive you need is not controlled by factors beyond your control. For example, if you want to upgrade your laptop, which can only use M.2 SSDs, you have no choice but to have an M.2 SSD drive. Therefore, sometimes there may not be any discussion at all about whether SSD or HDD is better for upgrading your device hardware.

However, if you are free to choose between the storage drive you want, it is recommended that you consider the three main issues of price, capacity, and performance of the drive. If you only want to use one drive, it is recommended to use an SSD; These drives may be more expensive and harder to find high capacity, but their biggest and most important advantage is their speed, which makes you feel good about the value of the money you pay.

Additionally, if your goal is to upgrade your device’s hardware, an HDD drive that is not very different from your current drive in terms of speed may not be a significant “upgrade”.

Instead, if you want to equip the device with multiple storage drives, it is better to use a smaller SSD as the main drive and several HDD drives as the backup drive. Using multiple HD drives may require a lot of physical space, but it is definitely worth it.

This allows you to save extra and needed files and documents, which are not necessarily high speed, on your HDD, while taking advantage of the high operating speeds on your operating system.

SSDs are expensive, and laptops and PCs equipped with them are naturally more expensive than HD-based devices. Nevertheless, SSD is far better than HDD in terms of both performance speed and power consumption.

SSD has both faster performance and less power consumption, which in turn increases the battery life of the laptop. However, SSDs have less capacity than data in terms of data storage. Ultimately, it all depends on the purpose of the user is using each of these drives.