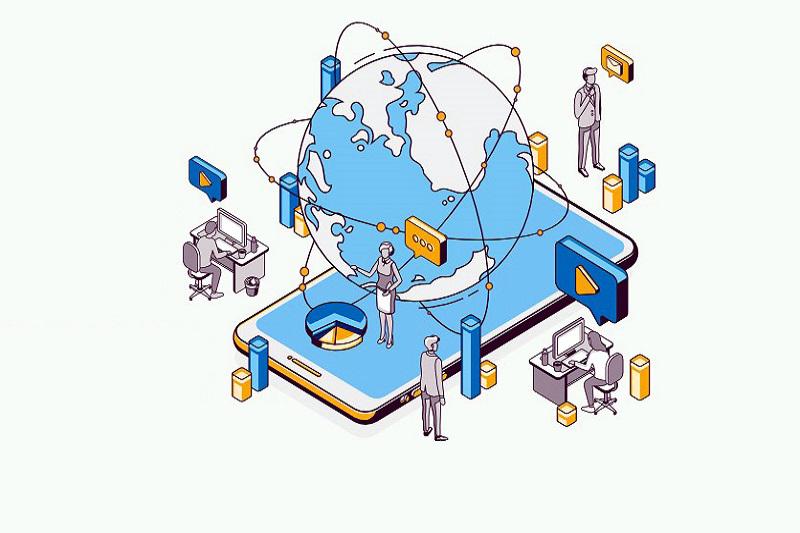 Network Protocols Are A Set Of Rules And Instructions That Network Equipment Uses To Communicate With Each Other.

Network protocols provide a safe, reliable, and easy way to exchange information and allow us to monitor equipment performance closely.

Today, a wide range of protocols are used in the network world, the most important of which should be mentioned is the Ethernet protocol in connection with local networks and the set of wireless network protocols.

In addition, the Internet Protocol, which is used to transfer data through the Internet, is another critical protocol that includes dozens of protocols.

14 of the most widely used protocols in the network world, along with their vulnerabilities

Some network protocols are naturally vulnerable because they were developed in laboratory environments, and the developers did not imagine that these protocols would impact global communications in the future.

TCP/IP is one of these protocols based on the hypothesis that it will not use on a macro and transcontinental scale. With time, the mentioned protocol found its way to various equipment and networks, and today it plays an essential role in the communication of computer networks.

Cybercriminals can exploit many vulnerabilities in some network protocols and security .to face challenges.

This article examines 14 of the most common network protocols and their associated vulnerabilities.

Address Resolution Protocol (ARP) is a communication layer protocol responsible for the mapping process between the data link layer and the network layer. It is used to identify the MAC address through the IP address. The disadvantage of this protocol is that there is no way for a host to know from which point in a network packet originated and received peer to peer.

The above vulnerability allows hackers to implement an ARP poisoning attack successfully. A hacker in a local network or infects a networked machine can exploit the said vulnerability. The hacker will try to associate your MAC address with the router’s IP address or switch to eavesdrop on any traffic sent to the target network.

Communication in networks and the Internet is done with IP addresses. However, humans can’t remember all IP addresses. A domain Name System (DNS) is a hierarchical system that converts domain names to IP addresses. Therefore, to access a website, you only need to enter the domain name, for example, google.com. The most common vulnerability in DNS is cache poisoning. Here, the attacker replaces the valid IP address with an infected one to redirect the user to malicious websites. The second attack vector is DNS Amplification, which targets a DNS server and aims to amplify DNS traffic while also allowing hackers to implement reverse lookups.

FTP is a network protocol based on a client-server architecture that is used to transfer files between a client and a server in a computer network. Hackers can use a web application to send malicious code as a browser script (or cookies) to the user using this protocol. Of course, in most cases, Cross-Site scripts are used. Remote File Transfer Protocol (FTP) not only does not control connections it also does not encrypt data. As a result, usernames and passwords are transmitted in clear text. Hackers can intercept information using eavesdropping tools or man-in-the-middle (MITM) attack vectors.

Hypertext Transfer Protocol Secure (HTTPS) is a communication protocol for securely transmitting information in computer networks that are widely used on the Internet. HTTPS includes a communication mechanism that encrypts information exchanged between users and websites. The main reason for using HTTPS is website authentication, privacy protection, and data integrity in transit. However, the HTTPS protocol is infected with a vulnerability that allows hackers to implement a Drown attack. So that hackers can break the encryption and steal credit card information and passwords. The DROWN attack is a man-in-the-middle attack and, if successfully implemented, allows an attacker to steal information from a TLS session. Another critical vulnerability this protocol has enabled is the implementation of the Heartbleed attack. As a result, hackers can steal data protected by TLS/SSL encryption protocols. Factoring RSA Export keys and Compressing Ratio Info-leak Made Easy should also be mentioned, among other vulnerabilities of this protocol.

Internet Message Access Protocol (IMAP) allows emails to be stored on an email server. Additionally, it will enable the end-user to retrieve, view, and edit messages in the same order they were saved. One of the significant vulnerabilities of the IMAP protocol is the lack of support for a robust authentication mechanism, especially multi-factor authentication (MFA), when using cloud-based client applications. So that when sending an email through the mentioned protocol, the email passes through unprotected communication channels. As a result, it is possible to eavesdrop on usernames, passwords, and messages. Hackers can implement a Denial of Service (DoS) attack on an email server to prevent sending or receiving emails. Also, the email server can be infected with malware to send infected attachments to users.

Post Office Protocol (POP3) is an application layer protocol used to retrieve emails from servers and send them to client software. The above protocol allows users to view messages when they are offline. Attacks that target a user’s mailbox enable hackers to access cache memory directly or implement a DMS attack that gives direct access to memory. In this case, hackers can execute file-less attacks that entirely use the system’s main memory.

Microsoft developed remote Desktop Protocol (RDP), allowing users to connect to networked computers through a graphical interface. In the above mechanism, one user runs the RDP client software, and the other runs the RDP server software. A vulnerability around this protocol, BlueKeep, allows hackers to send malware and ransomware to systems infected with this vulnerability.

Additionally, the vulnerability allows attackers to connect to RDP services and execute commands to steal or edit data, install rootkits or malware, and more. To exploit this vulnerability, hackers do not need to wait for the user to perform the authentication operation, and the user does not even need to click on the malicious link.

Session Initiation Protocol (SIP) is a signaling protocol used to initiate, maintain, modify and terminate real-time sessions. These sessions can include voice, video, messaging, and other communication applications established between two or more endpoints in IP networks. The hidden vulnerability in the mentioned protocol allows hackers to implement various attack vectors such as buffer overflow, code injection, session theft, etc. These vulnerabilities can exploit with minimal cost. Hackers can use the vulnerabilities around this protocol to implement flooding attacks and send a large amount of traffic to target systems or servers, so that system resources are consumed quickly. As a result, the server will not be able to provide services to clients.

Server Message Block (SMB) is a communication protocol for shared access to files, printers, and serial ports between network nodes. In addition, it provides a validated and valid inter-process communication mechanism. The vulnerability in SMB could allow hackers to implement a relay attack and a man-in-the-middle attack. Another attack related to this protocol is EternalBlue. The SMBv1 server in various unpatched versions of the Windows operating system allows hackers to execute malicious code on a victim’s system remotely.

Simple Mail Transfer Protocol (SMTP) is an application layer protocol for email sending. Spammers and hackers can use this email server to send spam or malware. In addition, hackers can implement an attack aimed at collecting valid email addresses from a server or domain based on the above protocol. Common attacks around the above protocol include buffer overflow attacks, trojan horses, shell script attacks, etc.

One of the common attack vectors around the above protocol is the SNMP reflection attack, a distributed denial of service (DDoS) attack. It’s An attack that can generate traffic equivalent to hundreds of gigabits per second. In the above episode, the attacker sends many SNMP requests to the server with a fake IP address or infected computers to force the server to respond to the fake IP addresses.

Secure Shell (SSH) provides a mechanism for secure communication between a user and a server. More precisely, the said protocol should be described as an enhanced version of the Telnet protocol. The said protocol tries to prevent sending information in plain text format by encrypting the information that is to be sent in a non-secure network. This protocol provides a mechanism for users to access the environment and send commands to remote machines securely. However, hackers can use a man-in-the-middle attack with the above protocol to defeat the encryption mechanism, gain access to encrypted packets’ contents, and steal passwords and usernames.

Telnet is a protocol used on the Internet or local area networks and allows two sides of the communication channel to establish a text-based communication through a virtual terminal. One of the most significant vulnerabilities surrounding the Telnet protocol is the lack of data encryption. More precisely, any communication between two remote devices and any information exchanged is sent in the form of clear text. For example, suppose you want to configure a Cisco router or switch and use the above protocol. In that case, hackers can see the authentication information and the commands you send to configure the equipment. Unfortunately, there is no mechanism to solve this problem, so you should not use the mentioned protocol in unique and essential applications.

Virtual Network Computing (VNC) is a remote desktop sharing protocol that is an essential component of the world of virtual servers and cloud servers. This protocol interests users and companies due to its ease of use and lack of complexity. VNC is used to remotely control computers by providing a shared desktop graphical tool based on the Remote Frame Buffer protocol.

Most attacks related to this protocol are successfully implemented due to memory misconfiguration. Among the common attack vectors around this protocol, denial of service state, malfunction, unauthorized access to user information, and execution of malicious codes on target devices should note.