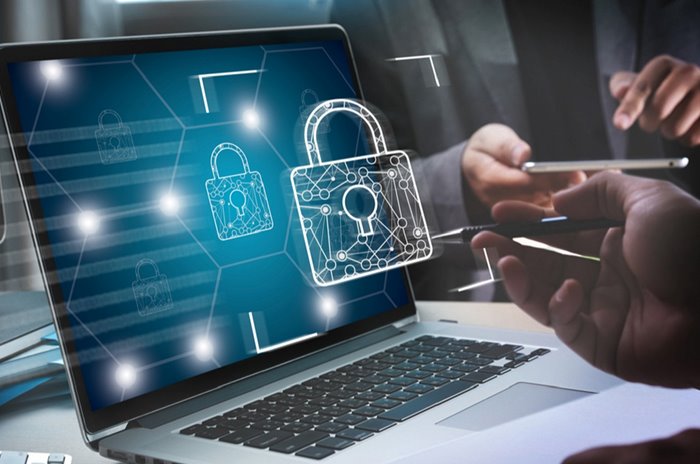 Antivirus Is Considered One Of The Most Important Computer Software; Many Users And Experts Consider Its Use Mandatory.

You are probably familiar with the term antivirus and antivirus software since your first days working with a personal computer. Since the early years of the 1990s, which was the heyday of personal computers, antiviruses were recognized as mandatory and default tools for computer systems.

Antiviruses have become more sophisticated and advanced with the passage of time, the development of cyber criminals, and the development of more professional penetration tools. Even today, if you get advice from a technology expert to improve the performance and security of your personal computer or smartphone, you will probably consider installing an antivirus.

Despite the great desire of users to use antivirus in personal computers and smartphones, some experts do not see much need to use them. If you are careful about your online and offline behavior, your antivirus will not have such complex tasks. It will only remain on alert in the system’s background. Of course, in the same situation, the antivirus does many things.

The answer to what antivirus is and how it works depends on the software manufacturer and their desired security methods. However, each security company has solutions to deal with all types of malware and may even have a different definition of antivirus.

However, antiviruses have common approaches against cybercriminals, making reaching a standard definition easier. Finally, knowing how they work can help you choose the best antivirus software for personal or commercial use. Stay with us to answer the question of what antivirus is and its use.

Antivirus software, or in a more accurate and up-to-date definition, antimalware (antimalware), is a tool that monitors applications on a personal computer or smartphone. Antivirus software is a data security tool installed on a computer system to protect against viruses, spyware, malware, rootkits, trojans, phishing attacks, spam attacks, and other online cyber threats.

A virus is any unwanted program that enters the system without the user’s knowledge. It can reproduce and expand itself and perform unwanted and destructive actions that ultimately affect the system’s performance and the user’s data or files. A computer virus can be thought of as a computer disease, just like human viruses cause human disease.

Antivirus software, as the name suggests, is a program that works against viruses. It detects or detects the virus, and after seeing the presence of the virus, it works to remove it from the computer system. Antivirus software acts as a preventive measure by eliminating the virus and preventing any possible virus from infecting your computer.

Antivirus looks for applications that should not be installed on your device and is somehow unknown and annoying. Antiviruses use various methods to distinguish personal files, such as text documents, from malicious files and applications. However, the antivirus should know the difference between a word file and an annoying ad displaying malware. In addition, if a legitimate and official application is compromised by cybercriminals and used as an exploit tool, the antivirus must detect it.

After detecting the malicious file, the antivirus quarantines or deletes it

Some antivirus software has real-time functionality that automatically prevents viruses and malware from running. They even prevent you from browsing malicious websites or opening emails containing malware.

After the antivirus software detects a malicious malware file on your system, it offers various suggestions to deal with it. Others, which fall under the category of repair tools, should be run at regular intervals to scan the system. They come into action after the procedure is infected.

Recommendations generally include quarantining (disabling the software’s main functionality) or obliterating it. Although completely removing malware is a great tool to prevent system contamination, quarantine allows the software company to analyze it more deeply. The deeper analysis leads to better development of the following antivirus versions and the countering system’s optimization. 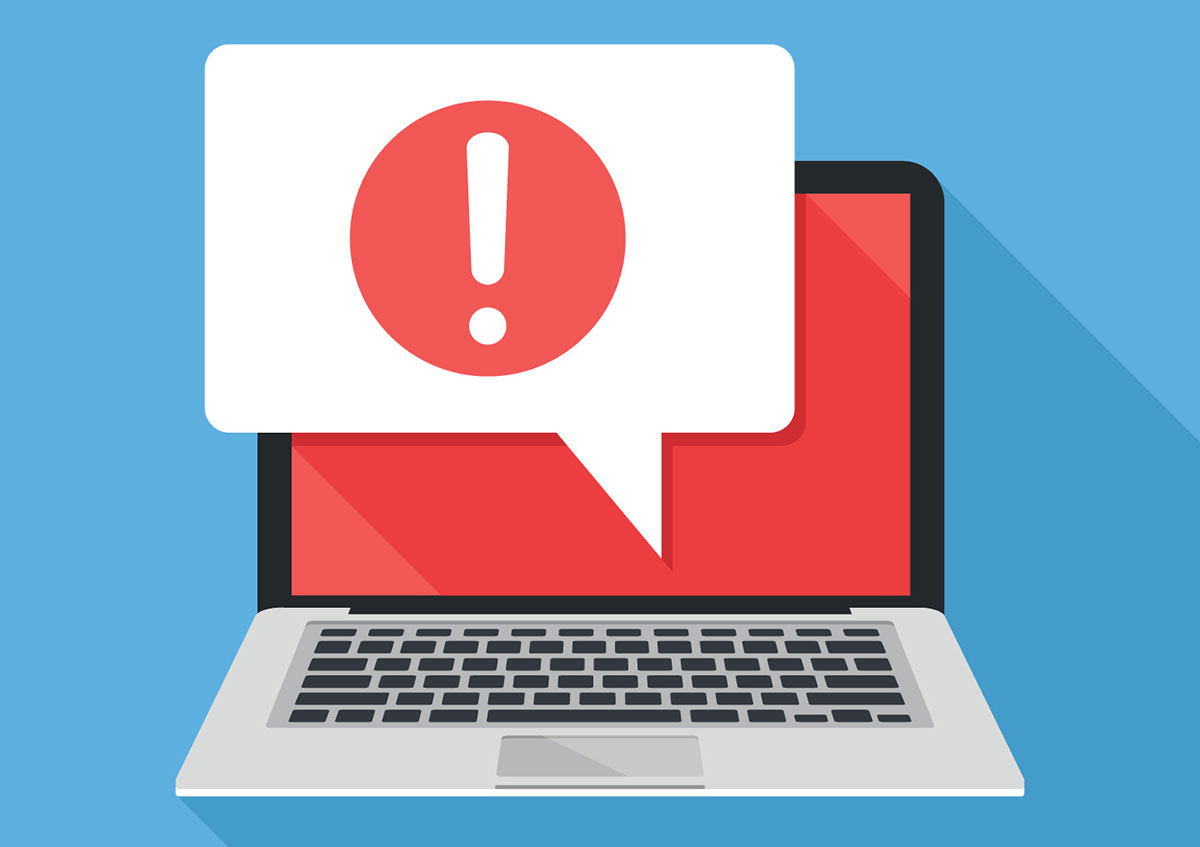 Do you need antivirus software?

By taking advantage of the default tools, it can be claimed that it does not pose any particular risk to the users. Of course, they should still take standard security measures, such as avoiding clicking on suspicious links, downloading suspicious files, and connecting external memories. One of the extreme user-level security measures is to run new software and files on the virtual machine.

Despite all the security measures, sometimes new risks threaten the users of the technology world. For example, breaking into legitimate and trusted servers or a user’s Wi-Fi network vulnerability can be an excuse for a cybercriminal to infiltrate and sabotage. As a result, using a solid antivirus along with the default security tools of the operating system and complying with the security requirements will make you resistant to specific threats.

At worst, an antivirus assures you that you are immune to specific threats such as ransomware. In the best case, this security tool maintains the security of your system before malicious software is executed.

Although there are paid examples among the best antiviruses available, many are also marketed in free versions that easily meet the average user’s needs. We met

Security experts suggest that you use at least a basic antivirus in your system so that minimum security is implemented in the operating system. Bitdefender, Avast, Kaspersky, Avira, Node32, and Malorbytes are among the most famous antivirus software. There are many other options on the market that you can purchase or take advantage of the free versions. 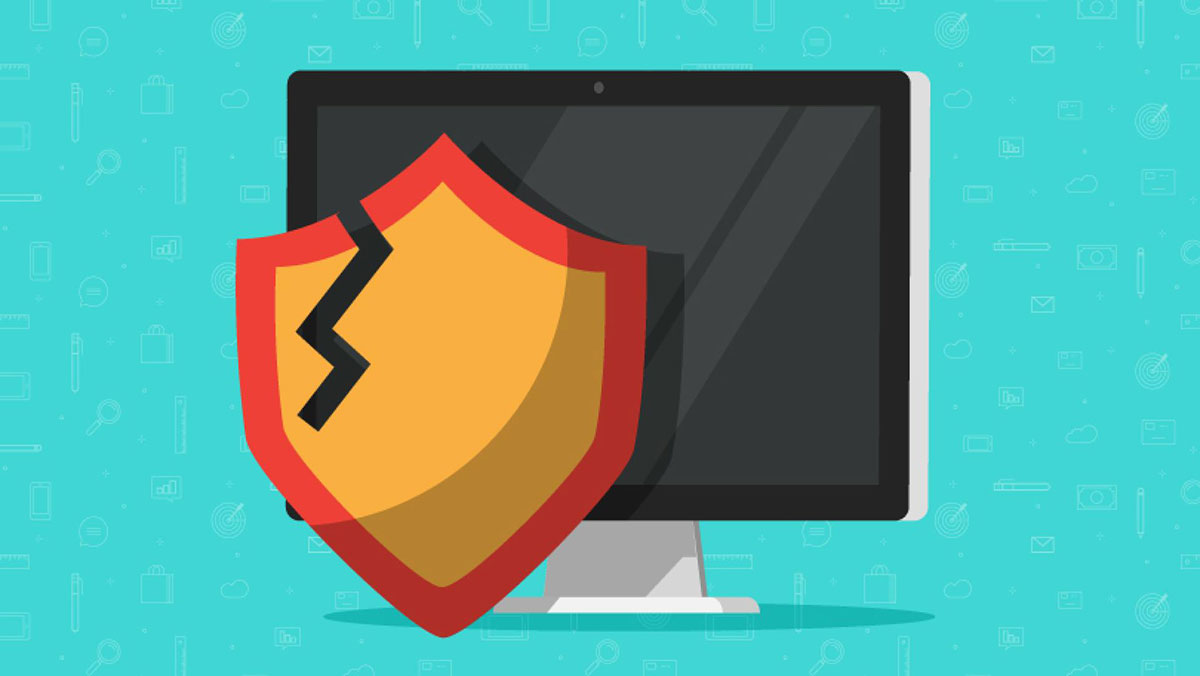 How does antivirus work?

Antivirus software has evolved over the years. Early versions were a software that could only deal with a specific list of viruses. Despite the millions of different malware in the tech world, we need more advanced tools.

Today’s antiviruses are more advanced and more extensive than the previous versions. The best available versions combine different methods to detect and counter software threats. Finally, there are three main tactics to deal with malware, which we describe below.

One of the most famous and oldest methods used to deal with all kinds of viruses and malware uses the structure or effect of their digital code. In this method, the quarantine or removal operation will be executed if a specific digital code is found in the virus. It can be considered similar to dealing with criminals based on fingerprints.

The positive point of this method is that after identifying a virus, its specifications can be entered in the software’s virus effect database so that when scanning other systems, the antivirus looks for similar products.

The weakness of the signature method is that it is ineffective against new malware and threats. At least one person or system must be infected by the virus so that the antivirus if it detects a malware, enters its details into its database. This process, updating the database, is the main reason for updating most antiviruses. Since hundreds of thousands of new viruses are being developed daily, we will need more sophisticated methods to protect our systems.

One of the modern methods to identify and remove known or new viruses and malware uses behavior recognition. Behavioral identification studies how the software works instead of checking the software codes. How a user uses the operating system or the way the operating system works in different situations can be easily defined and identified. On the other hand, viruses and malware show specific behaviors that are not similar to the daily conduct of users. 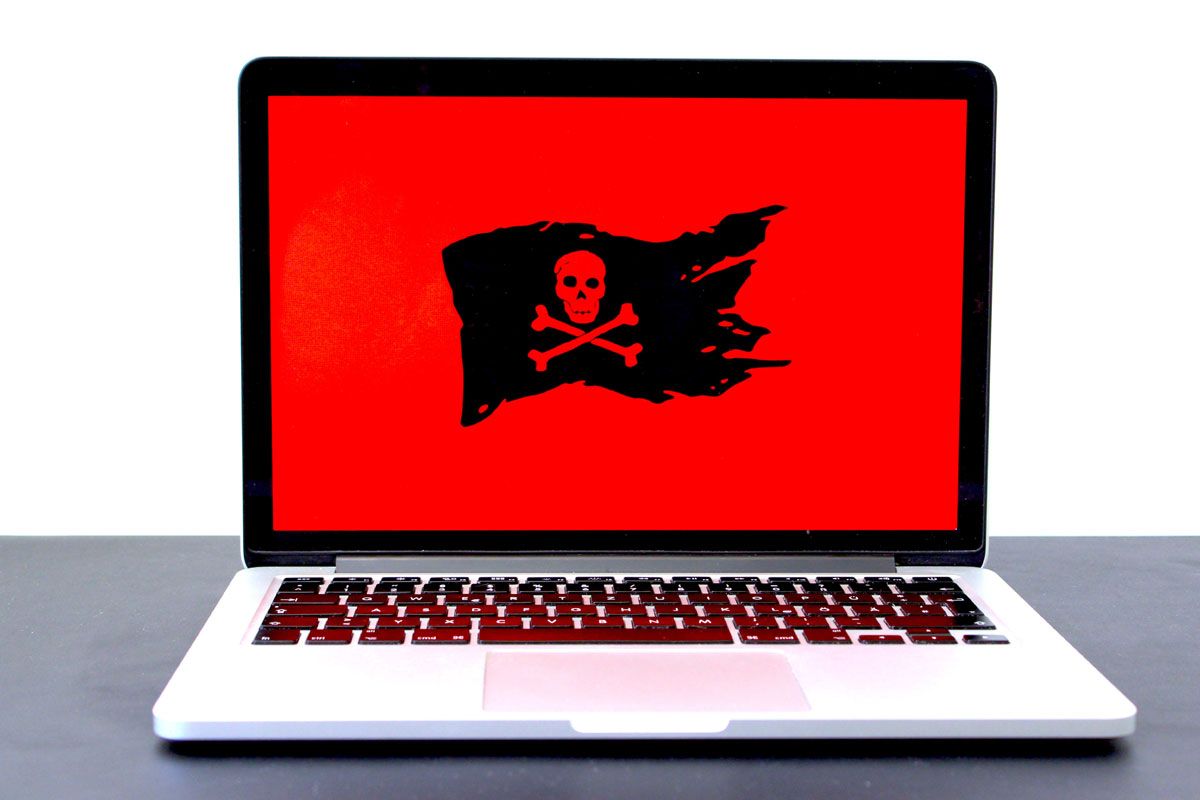 Malware may try to disable the antivirus or antimalware solutions in the system in its initial operation. To perform this behavior, the said virus generally does its work without obtaining permission from the user as soon as the operating system runs. Other behaviors include connecting to external servers and downloading specific files. Behavioral analysis looks for such software approaches and analyzes possible and potential strategies to conduct behavior. As soon as suspicious behavior is detected, the software is quarantined or removed.

The combination of various methods improves the protection against viruses in security software.

Machine learning is one of the buzzwords in the world of artificial intelligence. Teaching computers to do specific tasks has always been difficult and time-consuming. On the other hand, machine learning today allows computers to introduce themselves. The exact process is used in modern antiviruses and adds a more sophisticated layer to keep them safe. 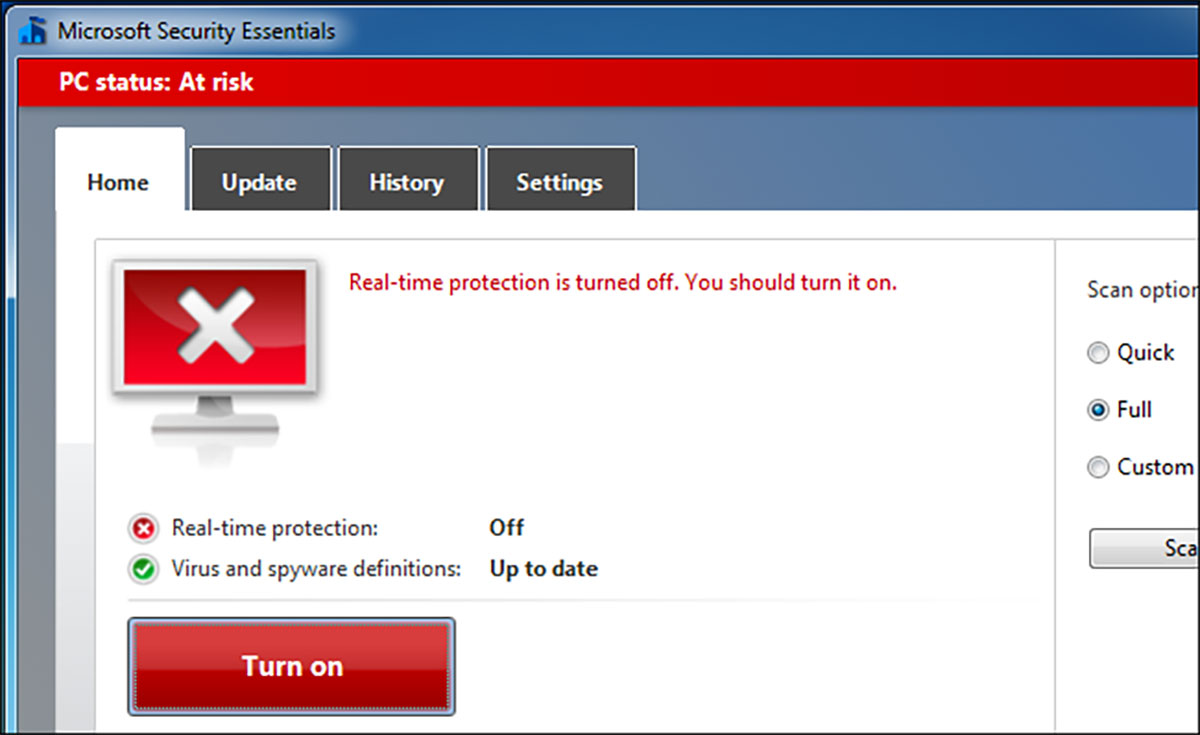 Antivirus software that uses machine learning analyzes application code and makes decisions based on what it understands as healthy or malicious programs. The mentioned method, considered one of the most efficient methods of benefiting from artificial intelligence and other techniques, will complete the antivirus. Today, machine learning has become so efficient that some security companies use only that method to deal with viruses.

The machine learning method requires an internet connection so that the artificial intelligence in the software uses information databases connected to cloud servers to identify malicious software. Finally, this method evolves faster than human forms, and we see its professional use in modern antivirus software.

Scan the computer with an antivirus

Antiviruses perform two types of scanning to identify and deal with virus files. A variety of scanning that is always running is instant or permanent scanning (On-Access, Resident, Real-Time, Background, or any similar name). 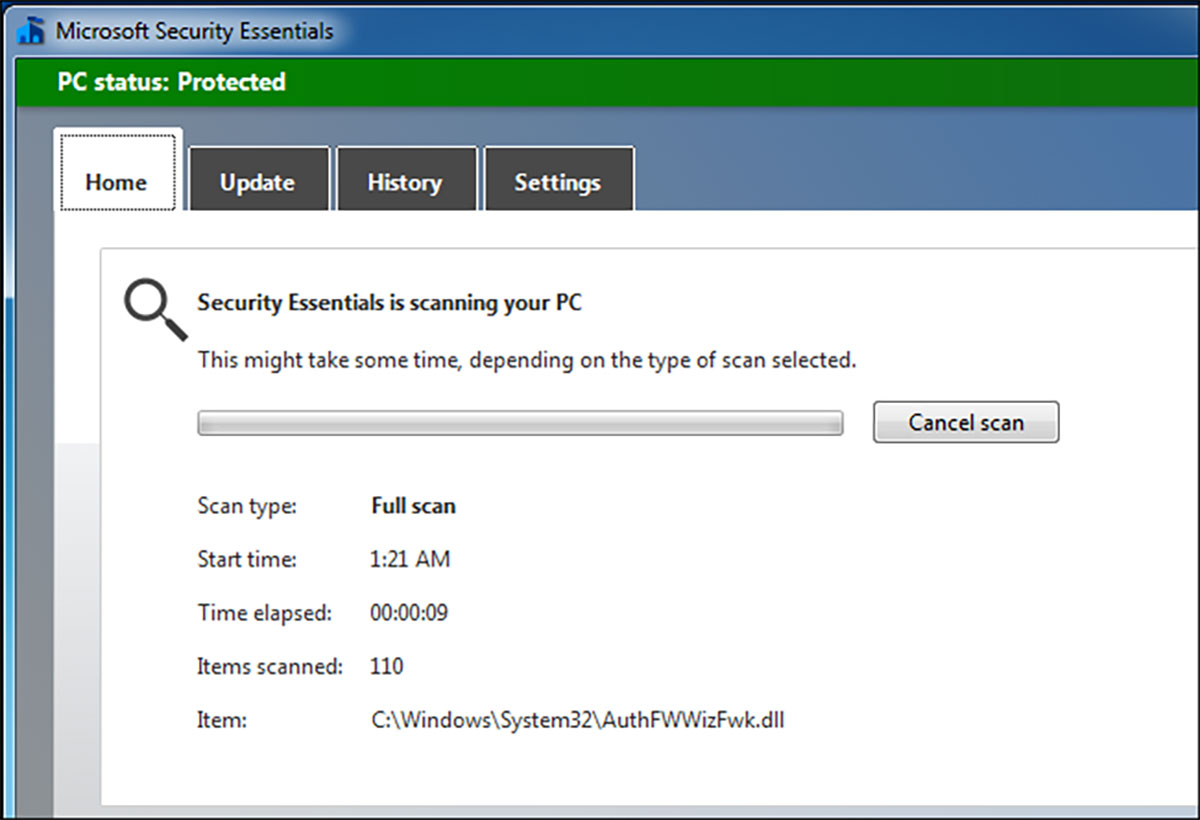 In addition to executable files, the antivirus automatically checks other files in the background. For example, ZIP and RAR archives and Word files are also limited to not containing compressed files or malicious macros. Users can disable the background scan in the antivirus to increase the relative speed of their system, which is not a good action and affects security.

Another type of system scan by antivirus is called a full scan. If background scanning is enabled in your software, there is generally no need to perform a full system scan, as the first method will automatically detect any malicious files. However, a full scan is recommended in situations such as when you have just installed an antivirus. Most antivirus software also has a full scan scheduler that periodically scans the system.

However, there is a large amount of software with all kinds of coding and functionality in the world of technology, which increases the possibility of errors in antiviruses.

Sometimes the antivirus software detects a malicious file while the said file is healthy. We know such an event as False Positive. Some antiviruses even recognize the system files of the operating system or various famous applications or even their files as viruses. Misdiagnoses lead to program malfunctions, and we’ve read numerous examples of them in the news.

Antivirus misdiagnoses are not such common occurrences. In most cases, you have to rely on antivirus detection. If, after detection, you still suspect that a file is called a virus, you can test it by uploading it to Google’s VirusTotal service. This service scans the file with multiple antiviruses and informs you of the results of each one.

As it was said, by observing the basic principles of security, especially on the Internet, it is possible to avoid being infected with malware. On the other hand, if you are looking for a more robust security layer in your operating system and you don’t have a problem with its speed slowing down a bit, modern antivirus software will be very efficient. Additionally, an antivirus on the server and mission-critical systems is recommended.

What does antivirus software do?

An antivirus program detects and removes viruses and malicious software from your computer or phone. Malicious software, known as malware, can harm your devices and their data.

Can antivirus remove the virus?

Antivirus software is primarily designed to prevent devices and systems from becoming infected, but it also can remove malware from an infected machine.

What are the best free antiviruses?

In the article, the best free antiviruses and the best Android antiviruses, we have introduced you to the best ones on the market.