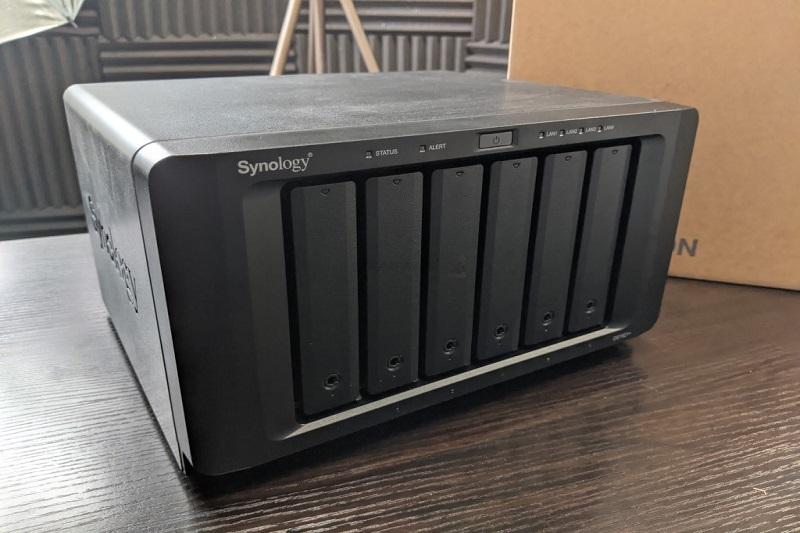 In The Mid-1980s, Organizations Increased Employee Productivity By Providing Computing Resources On Desktop Systems, But The Workload Of IT Managers Doubled.

One of the problems that IT professionals struggled with was handling and managing the storage space used by users.

This is when network-attached storage (NAS) technology emerged, although it significantly differed from what we call NAS today.

To get familiar with virtual NAS, we must first see what capabilities traditional NAS mechanisms offer and what limitations they face, which finally made virtualization technology enter the world of network storage.

What is network attached storage?

Storage connected to a virtual network (Virtual NAS) is a virtual machine (Virtual Machine) that is available to users as a file server. In this case, NAS is provided to clients as dedicated media with a unique address that hosts data storage services. Virtual NAS has several significant advantages over traditional block storage in network environments.

Virtual NAS is managed through an interface similar to virtual servers in the network. Hence, it can be transferred from one physical host to another. This feature simplifies the maintenance process, minimizes downtime, and helps network experts quickly recover and restore conditions in the event of cyberattacks or problems.

In case of a sudden and dramatic increase in demand for network resources, the virtual NAS can be quickly transferred to a more robust and faster host to provide the required services to all users without interruption. Also, virtual NAS delivers a simple mechanism for scalability as the number of stored data increases.

The first generation of NAS servers

Physical where the files were stored. Early-generation NAS servers were mostly generic servers that were configured to do one specific job of serving files. These servers were good at doing a particular task. Using advanced techniques that simplified the configuration and installation processes, NAS servers allowed IT administrators to overcome management, configuration, and availability difficulties and focus on managing files and file structures, spending less time managing storage media.

Adding a NAS server to the network was simple; it was not complicated to manage and maintain. It was mainly used for classifying and sharing files and consolidating storage space. It was installed in just a few minutes and required minimal preparation. Also, it supported the data sharing feature in a heterogeneous environment.

However, as business activities expanded and enterprise network architectures became more complex, the limitations of NAS quickly became apparent. Early generation NAS servers did not provide good scalability and could not meet the needs of large organizations.

One of the biggest obstacles to the scalability of early NAS was the inability of the NAS server’s file system.

This issue significantly impacted the availability, manner, and time of performing tasks. When an organization needed storage space or better performance, it had to buy a new server and add it to the network.

The above approach included adding a server, replacing the old server with a new instance, moving applications to the new server, copying existing data to the new server, changing the sharing mechanism, defining a new server for desktop systems to locate the latest data, and reconfigure the new resources.

Which caused an organization’s business activities to be seriously disrupted for at least a few days. Since scalability was such a nightmare, large organizations had to use NAS servers with capacity and processing power beyond their business needs to avoid implementing the network from scratch if they needed more capacity or performance.

As you might have guessed, this process was inefficient and costly. All in all, the first generation of NAS that offered functional capabilities failed to keep up with the advancements in the technology world. As a result, they quickly lost the charm and ease of use that had once made them so successful.

The rise of the SAN

While NAS servers were used at the departmental and group scale, another storage architecture emerged at the enterprise level called the Storage Area Network (SAN). What the SAN did was decouple the servers from all storage. So that all storage devices were deployed on Block Oriented fabric. A context that all servers in the context had access to.

Unlike NAS, which provides file-based management, SANs manage storage resources at the block and device level. Here, there are no file systems associated with the SAN. A file system’s absence allows SANs to support capacity expansion more easily.

Also, connecting new servers to the storage network became simpler than before. The above approach solved the problems of the first generation of NASIt to solve scalability, availability, and performance.

However, SAN management challenges became apparent as SAN capacity and complexity increased. Since the SAN is implemented at the block and device level and has no knowledge of files or file systems, network administrators had to configure the SAN at the lowest level, which is the logical unit number (LUN), switch ports, disk drives, storage ( SCSI), Fiber Channel, HBA cards, etc. So that all data was managed at the block level, not the file level.

The problem with the SAN Fabric was that it quickly got out of control as it grew.

To simplify SAN management, the technology of “storage virtualization” (Storage Virtualization) was invented, which managed to attract the attention of organizations quickly.

The above technology allows network administrators to implement storage equipment as a public storage pool. SAN virtualization software creates a virtual storage layer between the server operating system and physical storage. This storage layer creates a virtual collection presented to the server operating system as a sizeable upgradeable volume or disk.

In the low-level virtualization layer, it is possible to dynamically increase the storage space’s physical capacity without changing the architecture or applications.

The performance of virtualization technology in interaction with SANs was so efficient that network administrators could learn how to manage physical volumes and virtual volumes in a short time. So that SANs have once again attracted the attention of companies as an efficient storage mechanism with simple management. Ease of use made virtualization used in other areas such as server virtualization, network, etc.

Some of these virtualization approaches performed better than similar examples and helped network administrators perform their tasks more simply but failed to remove the complexity of managing storage space. For this reason, storage professionals were still looking for a solution to overcome the storage space management complexity problem.

Today’s NAS systems have more capacity and performance than their predecessors. Due to increased performance, today’s NAS solutions are used in various fields that were far from expected in the past.

Most companies offer different approaches to solve NAS scalability and development issues. For example, some have developed more significant and faster storage; Some focused on developing specialized equipment in this field, such as sensor switches; Others developed their virtualization solutions; and others set software-driven NAS servers that are host-based, context-based, or stand-alone.

The problem with some of the above solutions is that most new NAS servers use the same architecture as the NAS from the nineties, or add additional software or hardware layers to the storage architecture, adding more complexity and slag.

Some of the solutions offered are related to NAS

Integrated designs offer traditional NAS benefits, such as simple deployment and centralized file storage. This NAS design is, centered around Thin Server, a customized operating system for fast management of input and output operations and support for RAID technology for data protection. So that network clients access the NAS server through a 10/100/1000 Mbps Ethernet connection.

Newer architectures take advantage of increased capacity and improved performance more efficiently. Still, these designs cannot overcome the limitations of a NAS server that requires a single file system or is unable to provide centralized management of systems distributed across different geographic regions.

Since the above solution is implemented on the system hardware, called bare metal, and is placed directly on the hardware or top of the operating system, it has poorer performance than professional commercial NAS servers.

Similar to monolithic NAS architectures, software-based solutions face the same scalability, performance, and management issues that traditional NAS designs have struggled with. However, they perform well in some scenarios.

Storage Aggregation works based on traditional NAS server aggregation and aggregates or virtualizes storage for clients. The above solution has many problems. It doubles the complexity of design and implementation, reduces performance (because one of the aggregated equipment may have low performance), increases the delay in data processing, and may destroy data integrity.

Storage aggregation mechanisms solve some management and scaling issues but potentially create more problems. Although the above architecture is an evolved NAS, it still faces vexing scaling and management issues.

The next generation of network-attached storage

Such issues have caused the world of storage and networking to look for a comprehensive and integrated storage solution about storage space. A solution that can respond to growing capacities and provides efficient management features that match the changes in the world of information technology.

A solution that can integrate with virtualization technology provides the simplest form of management, eliminates inefficiencies, and minimizes additional costs.

These companies introduced proprietary operating systems with the most virtual features built-in: a complete solution that can overcome scaling, performance, and management issues.

In general, the operating systems that provide virtualization capabilities for NASs have standard features, the most important of which are the following:

One of the essential points you should pay attention to when using virtualization technology in connection with NAS is the “virtual file system” (VFS) called Virtual File System to be used as a global storage container by the storage system. A VFS may consist of multiple files that can be viewed and edited as a single storage container.

A VFS may be assigned to a user, a group of users, or applications, and they best support the concept of virtualization as they are equipped with quotas and permission allocation. To access files, clients use a communication channel to interact with a standard NAS server.

The virtual file system plays a vital role in eliminating location dependence, and as a result, users will not face the problem of communication channel failure or data loss. It also makes reconfiguration and scaling the easiest because files are accessed directly from the physical storage media.

Virtual servers increase security and simplify management by logically dividing and isolating users into shared and separate groups. For this purpose, each virtual server provides a set of network ports and virtual file systems to workgroups.

A virtual NAS solution suitable for companies and workgroups One of the most efficient solutions in acquiring virtual NASQuTScloud software is a virtual tool based on the QTS operating system of QNAP. Companies that need to expand resources, seek flexibility, and use QNAP products can use QuTScloud to deploy and manage business data in public clouds and virtualization environments.

The significant advantage of the above software is that it enables faster data transfer between clouds, and the management of cloud storage tanks is done in a centralized and simple way. The above software supports SMB, FTP, AFP, NFS, and WebDAV protocols to connect to cloud storage gateways, access the cloud and virtual storage space, and share data.

The benefits of implementing virtual NAS using QuTScloud should mention the following: