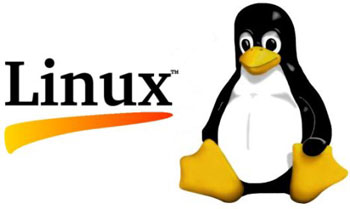 Linux is a flexible operating system that users enjoy working with, but sometimes doing a task on Linux requires complex steps or executing complex instructions, which can be done in other ways and have the same fun as Linux.

If you are a professional Linux user and you are looking for faster execution tricks in it or you are even a beginner and you want to learn the Linux tricks of working fast with this operating system from the very beginning, join these tricks.

One of the most popular Linux distributions is Ubuntu. If you have not yet experienced working with Linux operating systems, we suggest you go to the link below and read it online before reading more.

Middle-click to paste
in Linux gives you two caches (Clipboard) by default. One of these memories is the regular memory that you can use using the Cut, Copy, Paste options (shortcut keys Ctrl + X, Ctrl + C, Ctrl + V)

And another memory that many users are unaware of is activated when you drag and drop text with the mouse. By doing this, the selected text is saved in a special memory and you can press the middle mouse button in any text editor you need this text.

Quick command
Did you know that it is also possible to issue commands for activities other than the terminal? Press the Alt + F2 shortcut keys on the keyboard to display the Run window. (This feature is supported on most desktop environments including Unity, GNOME, KDE). You can now easily type the command and press Enter to execute it.

Note: The quick command feature is different from the search feature, which allows you to type software names and run them.

Replacing Virtual Consoles
Linux distributors generally provide users with several virtual consoles, each with its own characteristics. For example, one console contains a desktop environment and the other console is a text type. If you are a professional Linux user and you want to move between these virtual consoles, you can use the shortcut keys Ctrl + Alt + FX (FX can be one of the keys F1 to F12).

Search and activate smart menus
Using the HUD (heads-up-display) in the Ubuntu Unity tool, you can use the keyboard to quickly search for and activate the menus you want in various applications. For example, you can enable the various menu options associated with this book by searching for bookmarks in Firefox.

To do this, you have to press the Alt key on the keyboard in the desired software and type the relevant phrase in the search box. Finally, scroll up or down with the control keys, and after selecting the desired menu, press the Enter key to start the menu activation operation. (HUD feature first introduced on Ubuntu 04/12).

Running the terminal quickly
Working with Linux requires the use of terminal tools, and every Linux user is certainly familiar with this tool. The terminal executes your various commands in Linux and is one of the most essential tools in this operating system.

If you are one of the users who use the terminal more than any other tool in Linux, we suggest that you use the shortcut keys Ctrl + Alt + T for faster access.

Of course, these shortcuts can be changed by you to other keys, and you can even view and change other shortcuts in the Linux operating system. In many desktop distributions, you can define a shortcut to execute a command or script.

(Access to the list of shortcuts and manage them in Ubuntu is possible by running the keyboard by Dash and selecting the shortcuts tab). 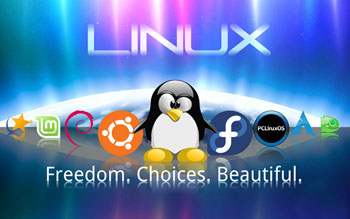 Desktop Management
Workspace in Linux allows you to group your various activities and applications into separate desktops, thus arranging your tasks.

There are several ways to move between desktops and move windows between them, including:

Click on the Workspaces option in the panel to move between desktops or view an overview of existing desktops (in this section you can drag and drop different windows to move them between desktops).

Right-click on the window title bar and use the Move to Workspace option to move the window from desktop to desktop.

– Press Ctrl + Alt shortcut keys on the keyboard استفاده and use the control keys (left, right, up, down) to move between desktops.

Press the shortcut keys Ctrl + Alt + Shift and use the control keys to move a window from one desktop to another.

Automatic shutdown
If you are using Ubuntu, you can easily set your computer to shut down at a specified time with a simple short command line.
To use this feature, after running the terminal, type the following command in it and press the Enter key:

Note that in the above command you should specify the amount of time required in minutes instead of m +. For example, entering 60+ will shut down your computer after 60 minutes.

If you want your computer to shut down at a specific time, you can also use the following command:

In this command, you must enter the desired clock instead of the phrase hh: mm. For example, entering 23:10 will turn off your computer at 11:10 p.m.

Note: After entering the shutdown command in the terminal and pressing the Enter key, you must also enter the system password and minimize the terminal screen.

Deactivation: If you want to deactivate the automatic shutdown feature, you can get help from the following command:

Active Processes
Another feature that Ubuntu gives you is the display of a list of active processes with a very short command.

If you want to have more control over the operating system and its running processes, we recommend using the following command in the terminal:

Touchpad Tricks
If you have Ubuntu or other Linux distributions installed on your laptop, you can use the tricks that work with Touchpad. For example, you can scroll the page vertically by swiping up and down on the right corner of the touchpad, or you can scroll the page horizontally by dragging your fingers along the bottom edge of the touchpad.

You can also right-click by tapping the bottom right corner of the touchpad.

(Depending on the Linux distribution you are using, you may want to enable some TouchPad tricks first.)