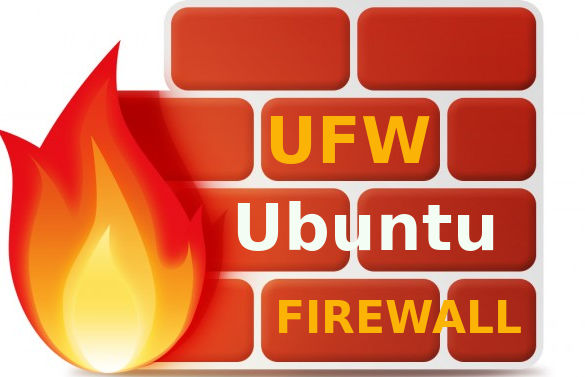 The IPTables firewall is one of the most popular firewalls in Linux distributions, but due to the bit of complexity in writing traffic rules, you usually have to write down certain details and parameters when creating rules.

Therefore, the IPTables firewall cannot accept that Rule. Due to this problem and the complexity of IPTables, a user-friendly and simpler firewall based on IPTables is presented under the name of UFW firewall, which stands for Uncomplicated Firewall.

As the name implies, a UFW firewall means an uncomplicated firewall. With UFW, with a user-friendly environment, we can perform our rules and processes via IPTables.

With the following command, we can install this firewall in our system.

After installing it, to ensure the successful installation, we enter the following command:

In the output above we see that the firewall is inactive (Inactive) and this is such that UFW is disabled by default.

This means that if someone wants to access the system or server, they can not do so unless you manually open a specific port.

In addition, if you have a particular service on your system or server, that service can easily access the outside.

The UFW configuration firewall is located in the following path

You can also change these default rules with the following syntax:

The concept of Application Profile in UFW

When we install software with the apt command, an Application Profile is created in the following path:

The output of the above command depends on the packages installed on your system and may differ from our output:

To be able to get a more complete output of the desired service and software, we can use the following command

As you can see above, we easily got more complete information from Nginx Full, which opens two ports, HTTP (80) and HTTPS (443).

Before leaving your server, you should remember that if you enable UFW by default, you will no longer be able to access the server from outside. This problem makes your remote accesses, including SSH, inaccessible.

Initially, you need to set a Rule to access SSH from the outside in. The rule we want to allow access to SSH in the input direction is as follows:

Due to the above rule, only the default SSH port opens, and if SSH is enabled on another port and you want to open it based on the port, you can do the following:

Output the above command

If we want to open the input access for a specific set of ports, we can do the following:

In the two rules above, we said to allow access of Port 7100 to Port 7200 on the UDP and TCP platform for input.

To try to control access and for example, only certain traffic can enter the server, we can do the following:

To impose restrictions and not every address can access SSH or any other service, we can do the following:

If we want to open special access for a set of IPs in a subnet, we can do the following:

If we want to open special access based on one of the system network cards, we can use allow in:

If we wanted to cut a connection via UFW, we could use Deny instead of Allow.

For example, suppose we have a web server running on port 80 on our server and we want to block a specific IP address, for example, 50.50.50.1; In such circumstances, our rule is as follows:

If you want to do the opposite of the above rules and allow access, just change the deny to allow.

To delete these Rules, you must first obtain its Rule Number. You can see the Rule Number of all Rules by the following command:

For example, if you want to delete the third Rule, you can do the following based on its Rule Number, which is 3:

You can also do this through the port. For example, you have written a Rule that provides access to port 8888 and you want to delete it, your command for this is as follows:

Now after going through the process of opening access and closing them from the outside to the inside of the SSH and HTTP ports, we need to enable UFW, which can be done with the following command:

Output the above command

Command may disrupt existing ssh connections. Proceed with the operation (y | n)? y
The firewall is active and enabled on system startup

At the top, you will be asked to enter y and Enter.

Disable the UFW firewall on Linux

If you want to disable UFW, you can use the following command:

You can also re-enter this command to reEnable it:

be successful and victorious