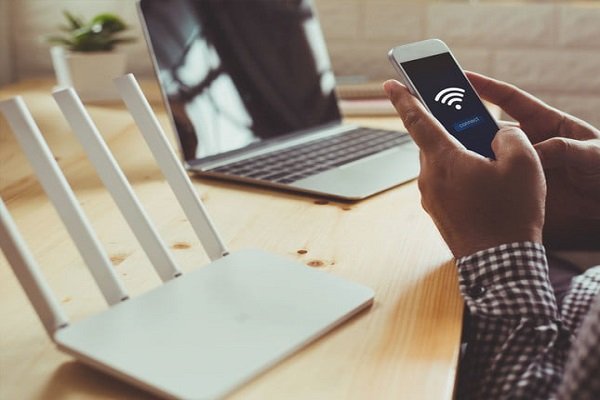 This speed may be high or low, depending on the different protocols you use. Internet speed refers to the maximum bandwidth provided by your service provider.

For example, a Wi-Fi network can be several times faster than the Internet because it depends on the router and the mobile device’s standards.

The point that needs to be made about Wi-Fi networks is that achieving the maximum possible speed on a wireless network depends on several factors. For example, suppose there are physical barriers between the transmitter and the receiver.

In that case, the transmitters are around the devices, the neighbors’ wireless network signals are interceptable, or the equipment is not configured correctly. The speed of sending and receiving information is significantly reduced. Also, to get quality internet speed, the router must be in the right place.

If you plan to use cellular Internet, make sure that your smartphone or tablet can not receive the best signals at the end of the room, away from windows and outdoors. In such cases, it is better to buy 4G modems and place them in a suitable place to receive the signals emitted from the telecommunication towers well.

2.4 and 5 GHz refer to the different bands that Wi-Fi uses to send and receive signals. The main difference between the two bands is their speed. The 2.4 GHz band ideally supports speeds in the range of 450 to 600 Mbps.

In contrast, the 5 GHz bandwidth Wi-Fi supports a maximum speed of 1300 Mbps. Achieving such high rates depends on several factors, the most important of which is the wireless standard supported by the router.

For example, the 802.11ac standard allows you to ideally use a maximum Wi-Fi speed of 5 GHz, but only if mobile devices support the middle and their antennas are not limited to the 2.4 GHz band. The 2.4 GHz band is quite crowded and saturated in some environments, as its use is not limited to Wi-Fi. Cordless phones, automatic parking door openers, microwaves, and many other products use the 2.4 GHz band.

The 2.4 GHz band is used because its waves can travel longer distances and pass through obstacles and walls.

If your work environment is relatively large and you want Wi-Fi waves to pass through obstacles with the lowest rainfall rate, using the 2.4 GHz band is better. The main drawback of the 2.4 GHz band is the interference of the waves and the prolongation of the waiting time.

At the opposite end of the spectrum is the 5 GHz band, which has a lower density than the 2.4 GHz band and offers a stable connection and higher speeds. Still, because the bandwidth of this band is short, it has difficulty crossing obstacles and walls, especially for very thick walls. More precisely, its coverage range is less than the 2.4 GHz band.

Some companies use a bandwidth extender to make the most of the 5 GHz bandwidth. Note that developers often halve the bandwidth. Other solutions are Wi-Fi network systems that provide good coverage, and the only drawback is the high price of their equipment.

Most routers on the market today are multi-band. A dual-band router can transmit 2.4 and 5 GHz signals, giving you two separate Wi-Fi networks, allowing you to take advantage of both bands. Dual-band routers offer two essential features of two bands that can be selected or used simultaneously. The simultaneous use of two bands allows you to create two Wi-Fi networks, 2.4 and 5 GHz, separately, each with its SSID.

There are other advantages to using multi-band routers. Three-band routers simultaneously emit three networks: two 5 GHz signals and one 2.4 GHz signal. It reduces network congestion and is more suitable for companies and users looking to stream heavy multimedia files over the 5 GHz band.

Check the list of devices connected to the router.

If you feel that bandwidth is reduced or traffic is running out too soon, check the devices connected to the router. In the router settings, look for the attached device, Device List (on some routers, there is a section called Security, which contains the Access Control option). This section shows a list of online devices connected to the router and details the connection type (wired or wireless), MAC address, IP address, and device name.

Ethernet is still the best option. 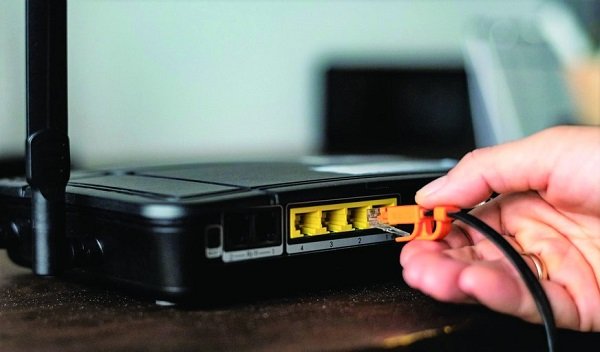 If Ethernet access is possible without particular cabling problems, connecting devices such as smart TVs, PCs, and network storage to Ethernet is a good idea. Ethernet-based communications do not have Wi-Fi problems such as signal delay and interference and provide a stable and fast connection.

If you have just purchased a router that supports 802.11ac standard routers and mobile devices (similar to the Se5 tablet), but you still have the problem of weak signals, you should consider buying a signal extender.

The amplifiers direct the Wi-Fi waves to the blind spots of the house by repeating the signal. The amplifier should be at the point where the signals are weak or at the end where they should receive the most vital signs. The location of the expander is also essential. 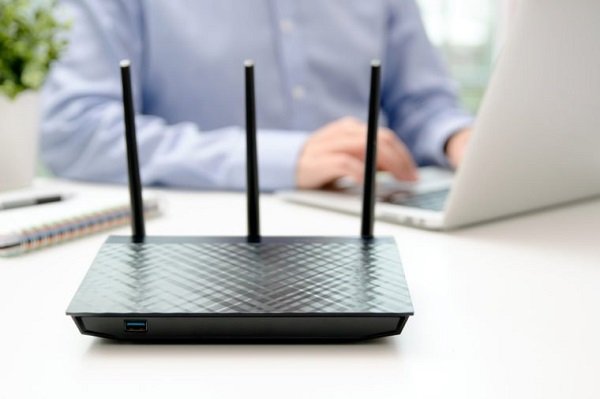 Most routers set the frequency to 2.4 GHz on channel 6, which interferes with waves in environments full of Wi-Fi networks. Use channels 1, 11, or 36 to solve this problem. For the 5 GHz band, it is best to use the 802.11ac or 802.11b / ac standard to access more channels. If there is an Auto option in the channel and channel width settings, enable the above option so that routers and network cards automatically switch to the best channel.

The direction of the antennas has a significant effect on improving the quality of the wireless network. 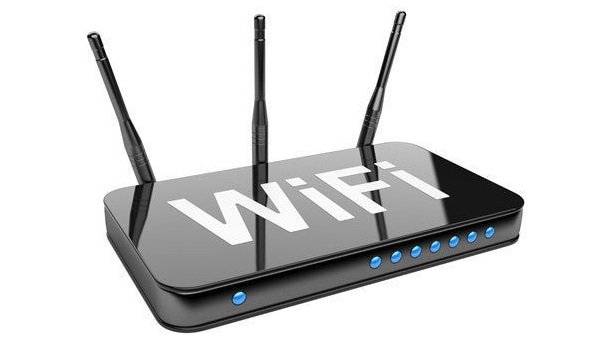 If you have a router with multiple antennas, position the antennas perpendicular to each other. A former Apple Wi-Fi network engineer, Al-Watt, explains that receiving signals between a router and a receiving device reach their maximum power when the receiver and receiver are at the same level.

Also, note that the best location for the router is in the center of the house or living room. Do not forget that the signals move around and down, so if the router is at a height, the devices will receive the waves better, just like telecommunication towers.

Wi-Fi signals are vulnerable to interference. Android Network Analyzer Pro is one of the best signal strength diagnostic software that provides information about signal strength, the channel used, location, data transfer speed, network name, etc., separately for 2.4 and 5 GHz bands and the like. It provides the same information for the cellular network.

You can cut a sheet into a rectangle that looks like a satellite dish and place the router antenna vertically in the center of the paper. The Wi-Fi signal strength goes almost 1.5 times beyond the default range with this technique.

Turn the old router into a repeater.

A repeater is a device used to repeat a signal to amplify a signal. You can turn your old router into a repeater and transmit Wi-Fi signals over longer distances.

Control the network by prioritizing traffic

Quality of Service (QoS) is a feature used to prioritize certain types of traffic on a network. Prioritization can be determined by device, specific applications, or specific types of traffic. The quality of service in crowded networks makes the problem of low bandwidth less. QoS categorizes traffic by examining packet headers or data frames of various types.

Some router manufacturers have introduced special applications for phones and tablets to manage the router through these applications better. These programs allow you to choose the best place to install the router by examining the signal strength, channel interference, finding blind spots and weak signals on the phone. Free third-party applications such as Wi-Fi analyzers are provided for Android phones if the router does not have such a program.

Use the metadata filtering feature.

All devices that connect to the network have their own MAC address. The meta-address is used to identify devices connected to the network, but it also has other uses. You can block the access of some devices to the network by filtering the address. To take advantage of this valuable feature in the router settings, look for the option called MAC Filtering. 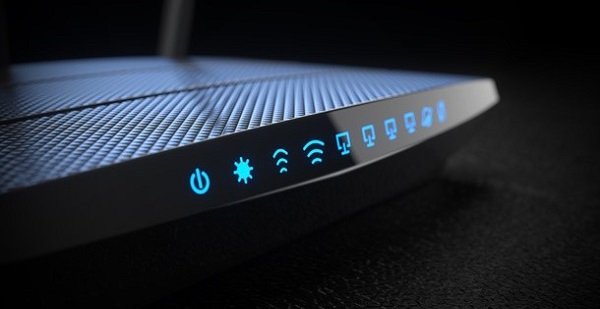 The best thing you can do with an old Wi-Fi router that you no longer use is to turn it into a simple wireless access point. If you do not want to ruin the look of your home with Ethernet cables, the easiest way to solve the problem of the poor signal is to turn an old router into a simple access point.

Another thing you need to do is disable the old DHCP server of the old router. To get started, connect the old router (WAN port) to the new router (LAN port), enter the old router settings, and select the access point mode of the router. On some routers, this option is called bridge mode.

The DHCP server’s task is to dynamically assign IP addresses to devices that want to connect to the network.

If you do not enable the above option, you will create networks within the current network which will cause many problems. Next, you need to reset the router and change the Ethernet cable from the WAN port to the LAN port. Doing so will no longer use the IP address you used to access the router settings.

To find the IP address of the old router, go to the configuration settings of the new router and write down the name and IP number of the old router in the Network Devices section. You need to put the second router in the right place to send the waves to farther points. It is better to set the old wireless router with the same SSID and password as the current wireless network.

Of course, some users prefer to use separate SSIDs to connect to the ideal Wi-Fi network whenever they encounter a particular problem. You need to put the second router in the right place to send the waves to farther points.

It is better to set the old wireless router with the same SSID and password as the current wireless network.

Of course, some users prefer to use separate SSIDs to connect to the ideal Wi-Fi network whenever they encounter a particular problem. You need to put the second router in the right place to send the waves to farther points.

It is better to set the old wireless router with the same SSID and password as the current wireless network. Of course, some users prefer to use separate SSIDs to connect to the ideal Wi-Fi network whenever they encounter a particular problem.