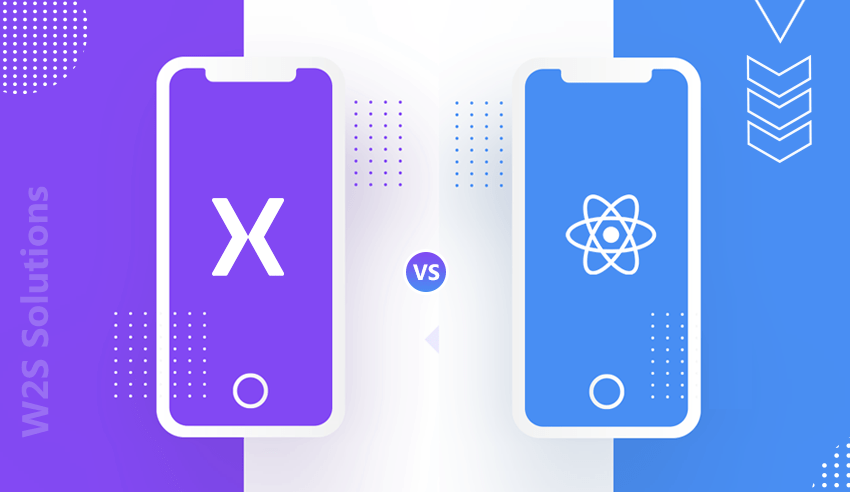 This framework came in 2015 by Facebook for the development of mobile applications, which provides developers with the ability to design Android and iOS applications as open source. To use the React Native framework, you must have sufficient mastery of JavaScript and React coding.

Xamarin Framework was also released by Microsoft in 2011 to develop mobile applications. developers use Xamarin as an open source to build Android, Windows and iOS applications. To build an application using the Xamarin framework, you must have sufficient knowledge of the C # programming language.

The functionality of this framework is almost Native. Using React native, you will be able to develop super-fast applications. The React Native website claims that the framework is Native, but keep in mind that this is only possible through native languages ​​such as Java, Objective-C, and Swift.

In fact, in this framework, it is possible to use Native code in parts of the application that improve its performance. The rest of the parts must be designed according to the normal React Native routine. For example, the Facebook application has been in this way.

Xamarin Framework is with platform accelerator hardware that allows developers to build high-speed applications. This framework, like its React Native counterpart, uses Native code in most stages of application development.

The React Native framework has a lot of flexibility, allowing programmers to customize and select their favorite environment. In other words, the programmer is able to use all IDEs and text editors to design mobile applications.

There are all kinds of IDEs and text editors on the Internet today, for example tools like Atom, Nuclide, Vim editor and IDE Deco are available to developers for free.

Visual Studio is the only peripheral for working in the Xamarin environment. Of course, there are other cases, but they have a complex mechanism. Visual Studio is a very powerful IDE that provides developers with many possibilities in the field of mobile application development environment. In fact, this IDE is with a variety of tools, controllers and designs that allow the developer to perform the process of developing mobile applications in a smooth and simple environment.

3- Comparing the development speed of Xamarin and React Native

Hot Reloading feature in React Native framework speeds up programming. This feature allows the developer to make the desired changes to the application without reloading it. In other words, after modifying the codes, you do not need to recompile them and the application will receive the desired changes through hot reloading. Of course, there are other tools within the React Native framework that can be used to quickly increase the process of developing mobile applications.

5- Comparing the support of React Native and Xamarin user community

React Native Framework has great support for its users, and there are many tools available on the Internet for programmers to learn it, so that you can easily learn this framework through online tutorials and instructional videos. .

Many articles about the React Native framework have been published on the Internet. With a simple Google search you will be able to get acquainted with the mechanism of this framework. For example, by searching for the phrase “React Native Education” you will find hundreds of articles and various educational materials. In addition, you can use Ded9 training courses to learn this framework.

In other words, it is very difficult to find educational materials for some application development tools, but the React Native framework is an exception to this and provides many scientific and educational resources to users. For example, at the time of writing this article, a Google search yielded about 12 million results, which will increase over time.

Microsoft has also provided good support for Xamarin users, with many online classes and video tutorials available. In addition, there are many academic articles and blog posts available on the Internet to learn about. At the time of writing, there are about 3.5 million Xamarin training resources available on Google. In the case of Xamarin, you can also use Ded9 training courses to learn.

So if you do not understand issues or encounter complex problems during the development of the application. You will easily be able to ask your questions in the support section of the website or educational forums of these two frameworks so that experts can take care of your problems. And help you to fix them.

React Native or Xamarin? Which framework is better?

This question is very difficult to answer because both frameworks are supported by the famous companies Facebook and Microsoft. Instead of asking yourself which framework is better, try to ask yourself which one is right for your project. In other words, by looking deeply at factors such as performance, speed and labor market, you will be able to choose the framework that suits your project.

For example, if your company employees have experience working with JavaScript or the React framework. They can easily learn the concepts of the React Native framework. On the other hand, if your company’s programmers are fluent in C #, the Xamarin framework is the best option for them.

With the development of mobile application markets and Internet businesses, the need of the developer community for mobile software programming is felt more than ever. Meanwhile, the two frameworks React Native and Xamarin are more popular and provide much more capabilities to mobile app developers. Today in Ded9, by comparing these two frameworks, we examined the features of each separately to help the decision of those interested in this field to choose one of these two frameworks.