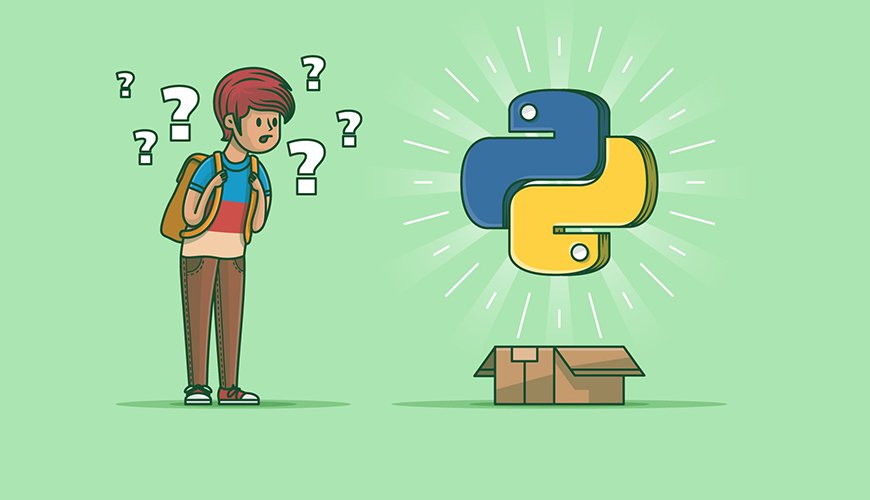 Programming is one of the most attractive, popular and of course popular fields in the field of computer. There are many languages ​​of the program, but each is used for a specific task and for a specific purpose.

One of the most recommended programming languages ​​in 2021 is Python. So here we are going to review 6 important reasons to learn Python in 2021 .

First of all, it should be noted that Python is a high-level programming language that is used for various purposes in the field of software. This programming language is server-side in the sense that it runs on the server and is therefore suitable for working with user input data, communicating and transacting with databases and other servers.

Python is an open source programming language that has received more attention in recent years with a focus on data science. Also, this programming language is fully applicable in the fields of machine learning, data modeling, data analysis, artificial intelligence, etc., thanks to its extensive resources and libraries.

In fact, Python is considered as a simple and optimal alternative to programming languages ​​such as Java, C and R, and is now growing in popularity among programmers.

In the meantime, it is worth mentioning that big technology companies such as Google, Netflix, Facebook, Instagram, Amazon, Intel, NASA, Spotify, etc. also use the Python programming language.

Python is now being used in various fields and in different companies, so it is not at all surprising that this language is developing rapidly. On the other hand, with tools like Codecademy and Udemy and other online programming training tools, learning Python online has become much easier. According to Codecademy, in 2018 we saw a 34% increase in people who received Python online training. On the other hand, the Stack Overflow website has declared Python as one of the fastest growing programming languages ​​due to the number of questions and visits.

On the other hand, the tiobe website (which determines the popularity of a programming language according to the amount of its search in 25 different search engines) has also declared Python as one of the most popular programming languages, and now Python is in this category in It is second only to C language.

Due to the growing Python language, jobs for this programming language are also growing. In other words, reports show that Python was one of the 10 most in-demand programming languages ​​in 2019. Of course, this statistic is related to the United States, but it is quite clear that this language is popular and in demand all over the world.

The goal of the Python structure is to get rid of complexity and focus on necessity. Therefore, not only is it very easy to code and read the codes of this language, but it is not difficult to learn at all.

In one survey, it was found that after HTML, Python is the easiest programming language to learn. It is interesting to know that writing the simplest program that prints only the famous phrase “Hello world” requires at least 4 to 5 lines of code in all languages, but the same program in Python requires only one line of code.

It should also be noted that Python is an interpreter language, so unlike languages ​​like Java and C ++, you can see the result of each line of code after writing. This feature is especially useful for novice programmers.

Although programming has always been defined as an individual task, fortunately the programming community is well on its way to solving problems and helping each other and actually supporting each other. Now, thanks to such a supportive community for Python (the existence of tools and forums such as Stack Overflow, GitHub, etc.), learning and troubleshooting the programmers of this language has become much easier.