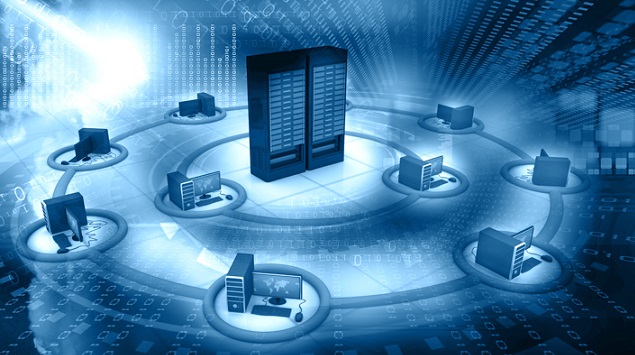 Preparing the infrastructure for virtualization

Infrastructure virtualization, at least at the server level, is sometimes employed. In addition, this concept has been extended to the user, software, network, security, storage, and of course, desktop virtualization (VDI). Therefore, to understand all these concepts, we must first have an infrastructure divided into several parts and key components.

Our first section is the hypervisor, which is fully explained in the previous section. Some other important parts here are the processor, memory, and various network modes, and a few more that we’ll cover below:

Desktop virtualization (VDI) can consume a lot of resources and therefore increase data traffic on network cabling. Having a central switch infrastructure can solve this problem because it allows network administrators to create specific rules and develop specific policies for data traffic flow.

Set Quality of Service (QoS) metrics for desktop virtualization (VDI)-specific traffic, as they can help eliminate data leakage, ensuring that traffic is allocated in the right proportion to network priorities. Also, for traffic distributed at the data center level, knowing where the user is located, and optimizing his user experience based on certain criteria, is very important.

Organizations should look at the input/output (IOPS) requirements for their images to avoid stalling or overclocking. To solve processing problems, network administrators should check things like flash technologies (NetApp, Fusion-IO, XtemlO) or SDD technologies (Violin, Nimbus); under them, they can greatly help the workflow without load (Offload) in the network. . In addition, middleware platforms such as Atlantis ILIO, which run on a virtual machine, can take advantage of high amounts of RAM as the main storage repository.

File systems are distinguished from each other according to their function. Some of the more common ones are listed below.

Now let’s examine each of these in detail.

A virtual Machine File System (VMFS) is a file system designed specifically for virtual machines. It is a cluster of file systems and can run on multiple servers simultaneously. This allows the host to mount any file system at any time, where the system can be mounted to whichever is preferred by VMware. Most VMware hypervisors work with other file systems, but the default choice here is VMFS.

Network File System (NFS) was originally provided by SUN Corporation but is now recognized as an open standard system. This system is commonly used in Linux and Unix operating systems. This system is a distributed file system. It can run on a single server and use data shared across a network by multiple virtual machines.

New Technology File System (NTFS) is a standard file structure developed for the Windows NT operating system. It is used to retrieve and store files on users’ hard drives.

The Raw Divas Modeling (RDM) system helps each file in the Virtual Machine File System (VMFS) act as a proxy for each (new) Raw Divas. It allows the virtual machine to access and use storage devices.

Choosing between different types of storage for virtualization infrastructure

All storage devices are divided into three main categories, which include the following:

Now let’s examine each of these in detail.

A Direct Attached Storage System or DAS is the same hard drive currently installed on your computer. We can have one or more local hard drives in any computer system. This system is mostly used for small virtualized systems. This solution is suitable when the number of hosted virtual machines is large. This solution is the simplest and, at the same time, the cheapest method for storage. You can also connect external hard drives to the system with the help of this method, and any virtual machine hosted on an external hard drive will be executable in this way. This is the easiest and most convenient way to run virtual machines.

For example, a server that has local hard drives can be mentioned. This hypervisor cannot maintain more than 10 to 20 virtual machines. An example of devs here are HPE servers that can support up to eight

local hard drives, as shown in the image below.

Network-attached storage system, or NAS for short, is any server that can share its storage resources with other networks. They work like a file server in the simplest possible way. Network Attached Storage systems share files over the network. The most important protocols used in this field are SMB, NFS, CIFS, and TCP/IP. When you access files on a file server on your Windows operating system, you are using a NAS.

NAS shares files on the network using Ethernet connections. The NAS device has an IP address and can be tracked and reached on the network through this IP address. The largest providers of NAS systems are QNAP and Lenovo.

Local storage systems allow multiple servers to share their storage resources and direct connection to storage resources if the resources are local. A dedicated standard network, fiber optic, has been developed here, which allows the block to move between servers and storage at the highest speed. They use dedicated switches and fiber-based cabling systems that separate them from daily traffic and prevent intra-organizational communication lines from being occupied. Meanwhile, if the SCSI protocol is implemented correctly, it will be possible to establish a connection between the bus adapters of the host servers and the disk systems.