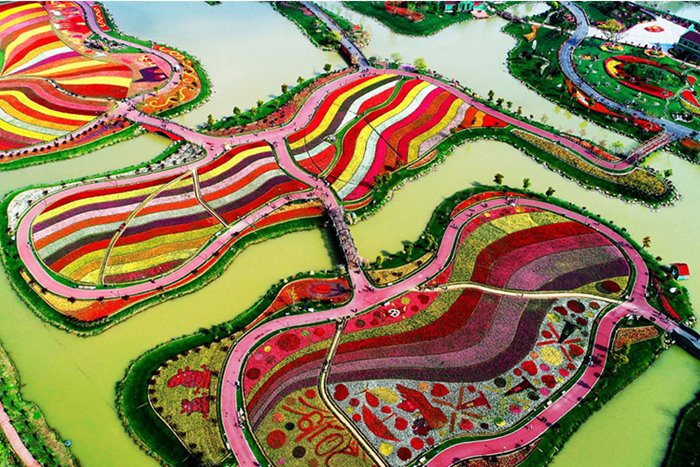 The International Drone Photography Competition 2019, Hosted By Art Photo Travel Association, Was Held In Seven Different Topics, And The Winners Were Announced.

The Drone Awards photography contest is the most critical competition in aerial photography and imaging and is a project of the  Art Photo Travel Association. This competition belongs to a different genre and is deliberately separated from comparison with traditional photography.

The second annual drone photography contest hosted by the Art Photo Travel Association has announced the winners and finalists of the 2019 Aerial Photography Contest. In this competition, more than 4,500 works from 107 countries have been submitted for competition in seven subjects, including wildlife, urban, abstract, and nature photography.

In the 2019 drone photography contest, the photographer of the year award was given to a Polish photographer named Jesek Denka. He photographed skiers competing in the main competition of the Bieg Piastow Ski Festival in Poland.

Submitted images were judged by a group of internationally renowned photography experts.

All photos have been submitted anonymously to the jury to avoid bias.

Awards in seven subjects have been awarded to 44 photographers from 34 countries, including Austria, Australia, China, France, Spain, the United States, and Vietnam. The winning photographers in seven categories are as follows:

The full gallery of featured, highly praised, and acclaimed images can be viewed here. The selected paintings will be exhibited in the “Sky’s the Limit” exhibition in Siena, Italy, during the “Siena Awards” photo festival in November. 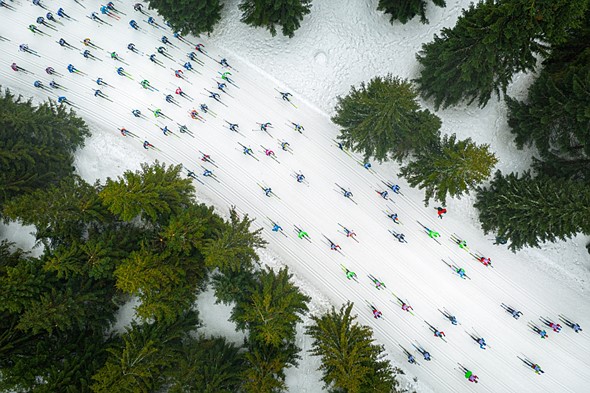 About the photo: From top to bottom, this photo shows skiers at the Bieg Piastów Ski Festival in Poland. From the sky, skiers look like schools of colorful fish swimming over coral reefs. 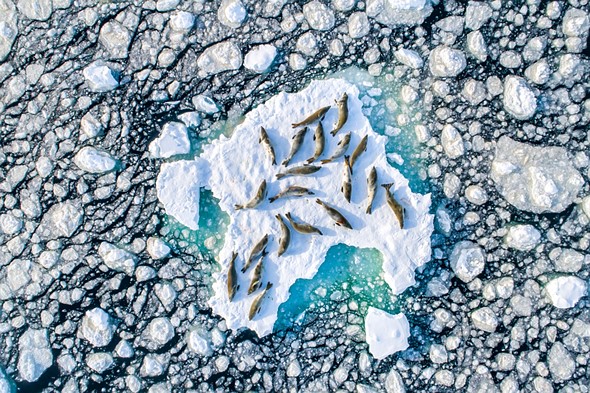 The winning photo of the theme of wildlife Photographer: Florin Ludo

About the picture: In this photo, the French photographer has captured an image of the jaws of a lobster resting on a piece of ice in the Antarctic Peninsula. 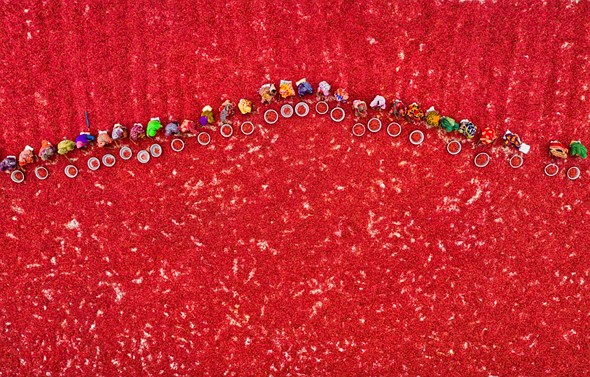 About the photo (description from the photographer’s YouTube channel ): Thousands of red chilies are harvested in the hot sun and ready to be shipped to spice factories in the Sariakandi district of Bogra, Bangladesh, before being sorted. More than 2,000 people work in almost 100 pepper farms in Bugara, Bangladesh, to provide pepper for local spice companies. Red chilies form a significant part of Bengali cuisine, which is very popular in Bangladesh and is used as part of the spice mix for various meat dishes, including chicken and beef. 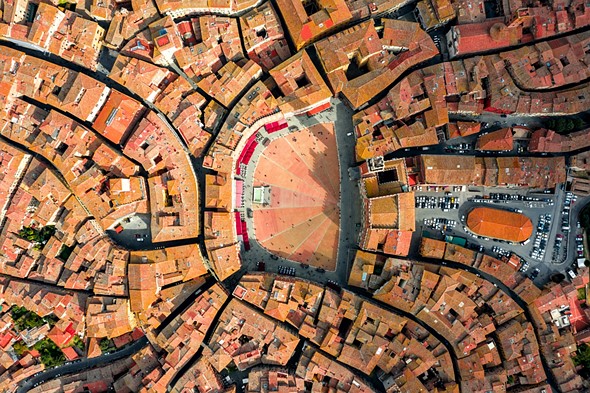 About the photo: Piazza del Campo, located in the historic center of Siena in the Tuscany region of Italy, is known as one of the largest medieval squares. UNESCO recognizes this area as a world heritage. 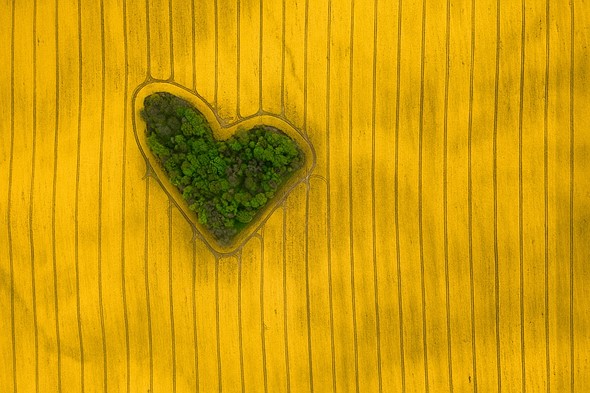 The winning photo of the theme of nature Photographer: Jeremias Gadek

About the picture: A part stands out among the millions of hectares of land. The blossoming oilseeds are grown in the shape of a heart. In this beautiful environment in Poland, the colors have harmoniously drawn the concept of love for nature. 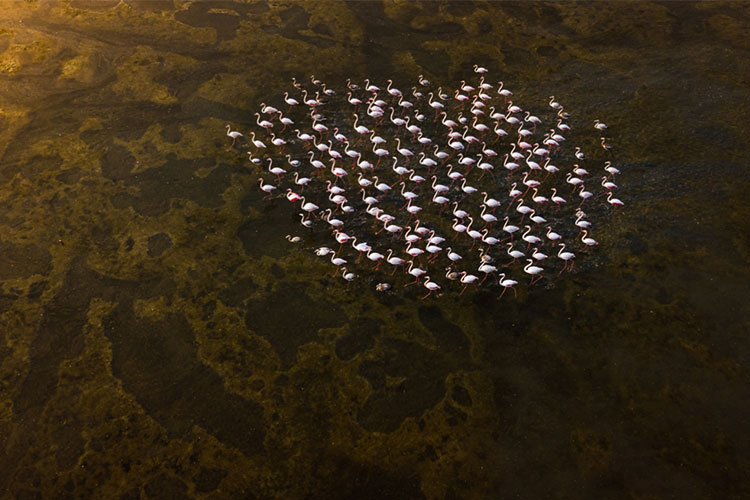 About the photo: This aerial photo was taken of dozens of flamingos at dawn in Kuwait City.

Cycling in the abyss 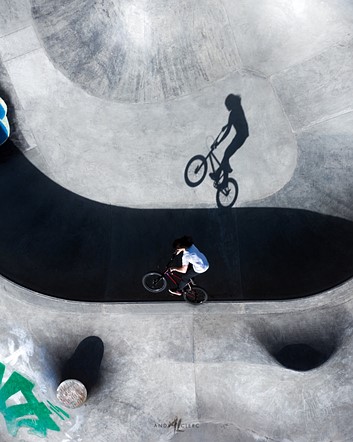 About the picture: The photographer captured the image with a Mavic 2 Pro drone with the caption, “My friend Justin reached the top of the skating rink (at a skatepark in New Jersey) and cast an epic shadow for me.” 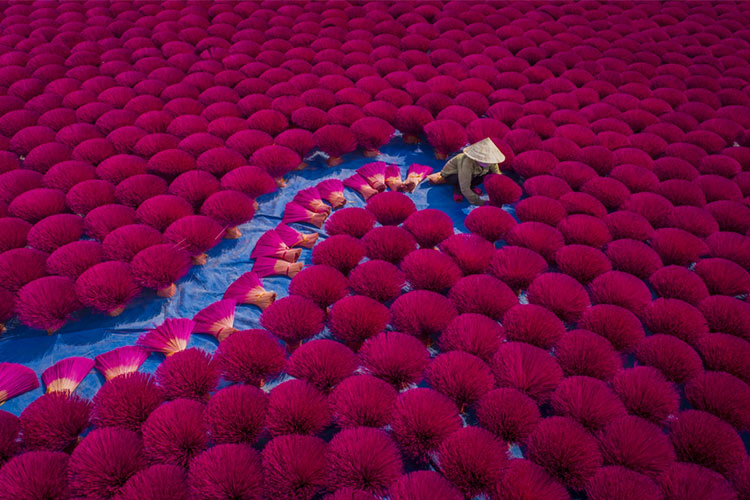 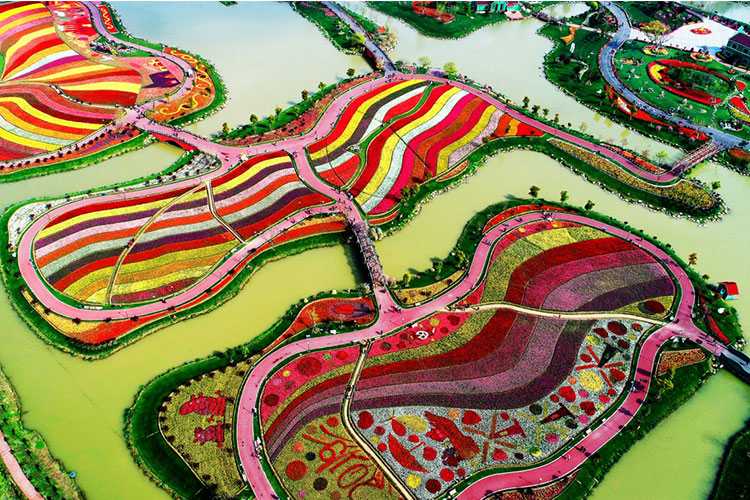 About the picture: The photographer captured a landscape of flower gardens in Jiangsu, China, with a composite pattern. 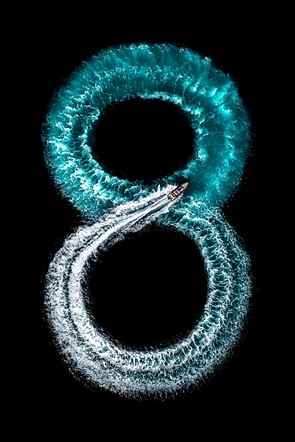 About the photo: Lee Corneau captured this image on the island of Jersey in the Channel Islands. The photographer says about this photo: “To take this photo, I was flying a drone from the seat of the Jersey Seafaris boat. From there, I could capture this wonderful photo of the number eight, representing the infinity symbol. 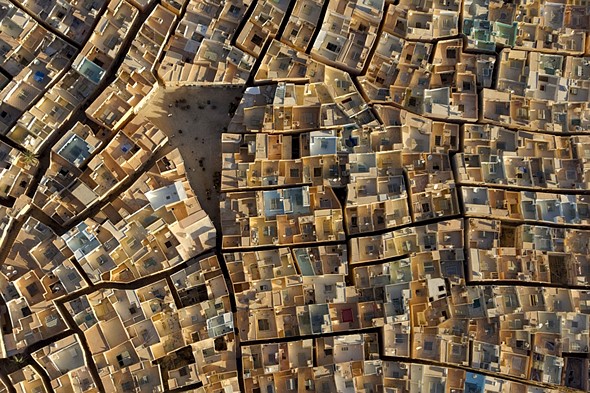 About the picture: This image is an aerial view of Benny Esguin, One of the oldest and most beautiful remains of ancient hill towns in Ghardaia, Algeria, registered as a world heritage. The residents of this mosaic place have carefully preserved their old painted houses. These houses often have a place to spread clothes and rest on their roof. 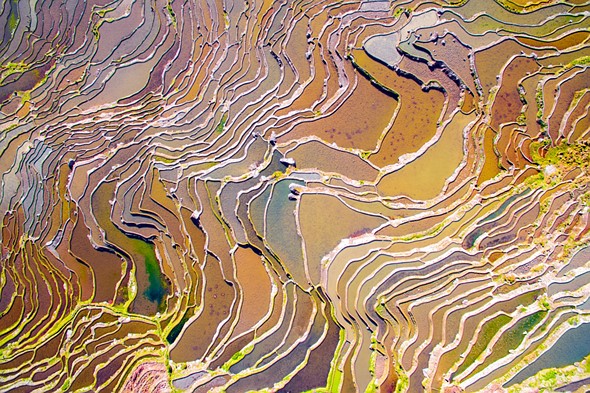 Admired photo of the subject of nature Photographer: Feng Han

About the image: The colorful rice fields are located in Yuanyang County, China, and are considered one of the most spectacular landscapes in the world. 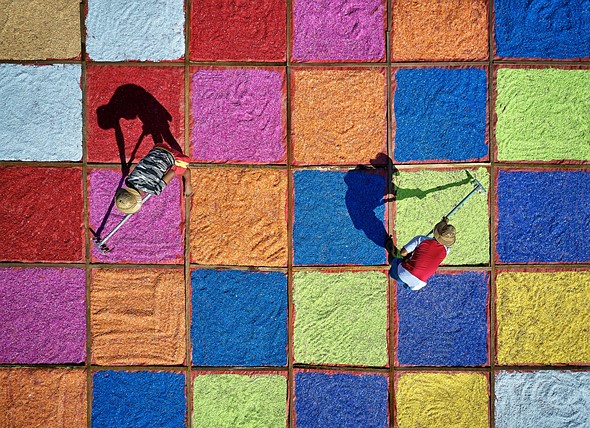 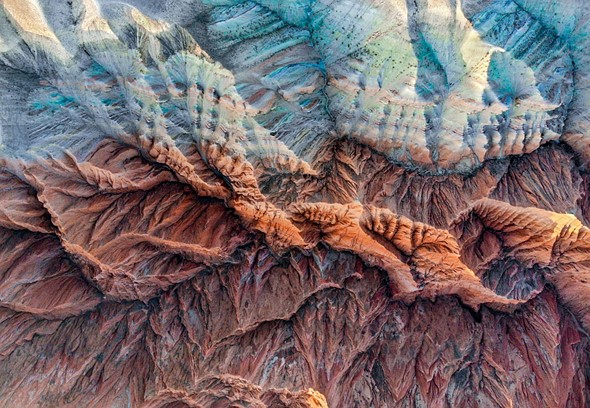 About the picture: These colorful wedges are located in the Yangjin District of Xinjiang Province in northeastern China.