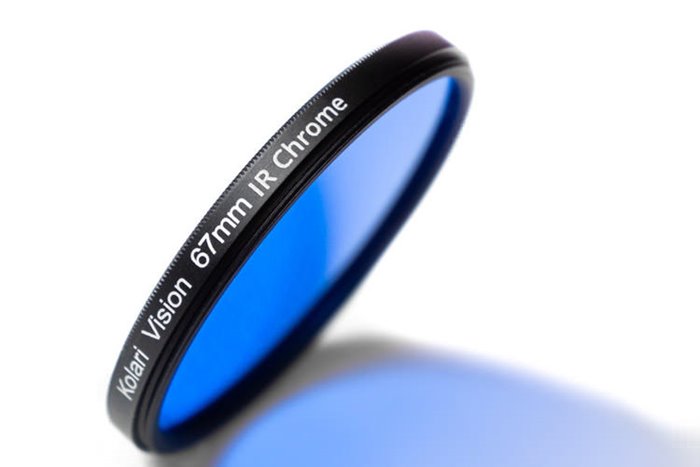 With The Help Of Kolarvision, French Photographers have succeeded in creating an IR Chrome Filter To Record Attractive Images Similar To Kodak’s Aerochrome Films.

Using new lenses and filters can be a good idea to save you from wasting time editing photos; Simultaneously, it brings a different experience in photography by recording distinctive images. One of the new filters introduced recently, The IR filter, is Chrome.

Aerochrome film and the emergence of the IR chrome filter

Kodak’s Aerochrome film is a popular infrared film that helps photographers capture distinctive images. The production of such films has almost stopped since about a decade ago, and if you want to make a reel of these films today, it will cost you something close to 80 dollars. But a new solution has been invented to spend less and take more photos, like Aerochrome photos, using  IR Chrome filters. 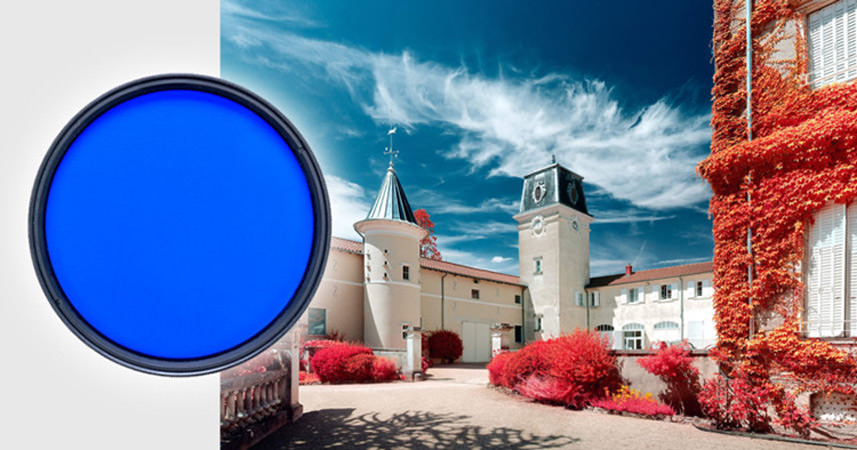 French photographer  Yann Philippe, together with  Colari Vision, are the designers and manufacturers of the IR Chrome filter and have been able to create a different combination of light wavelengths with a full spectrum camera and this filter to take photos similar to Aerochrome. (A full-spectrum camera is a camera with the built-in infrared blocking filter removed, so it is sensitive to infrared, ultraviolet, and visible  light .) 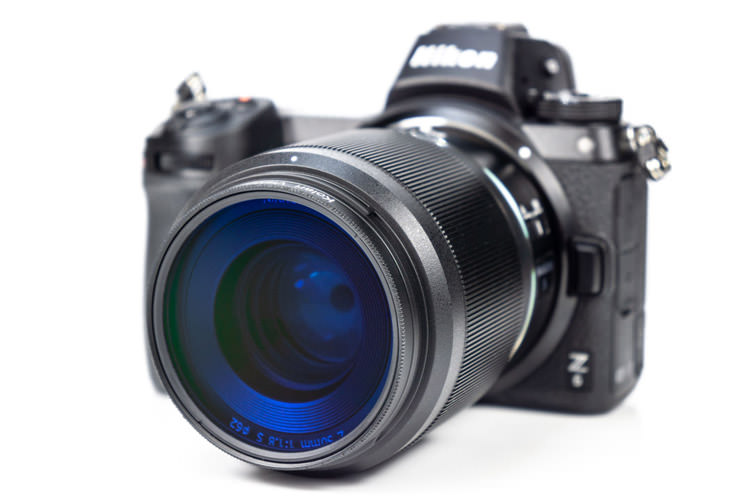 Since the advent of digital infrared photography, many professional photographers have attempted to capture images similar to Aerochroms with their cameras. Some were able to approach Aerochrome with a Yellow #12 filter and then do tedious and heavy editing to get the right image.

Accurate measurement of the results was not an easy task. It was difficult to correct the edges, the small details of the trees, their branches, and leaves. The goal was to create an image with the camera without mixing channels after photography. After a year of trial and error, Philip began his first filter and gave it to Kolari Vision. After making the necessary modifications, this company made the final product, IR Chrome infrared filter.

Philip purchased an expensive Aerochrome film from eBay to demonstrate the filter’s accuracy. He simultaneously took photos using a Nikon F3 and Aerochrome film and a Canon 6D Mark II with an IR Chrome filter. 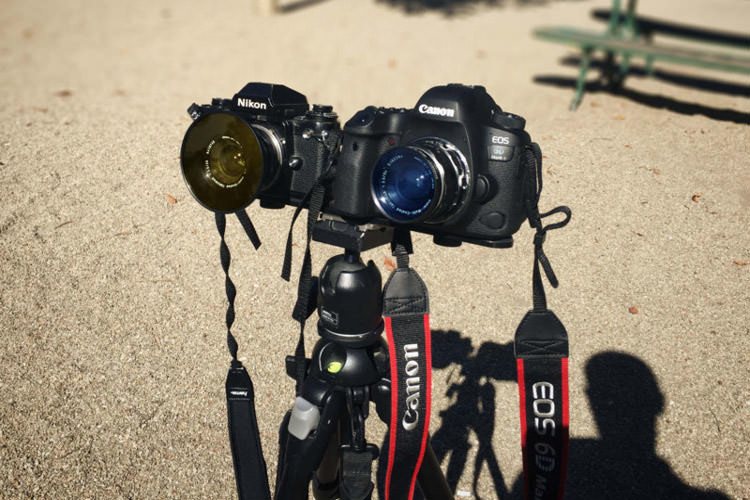 The screen of the Canon 6D Mark II camera with the new filter mounted on it. 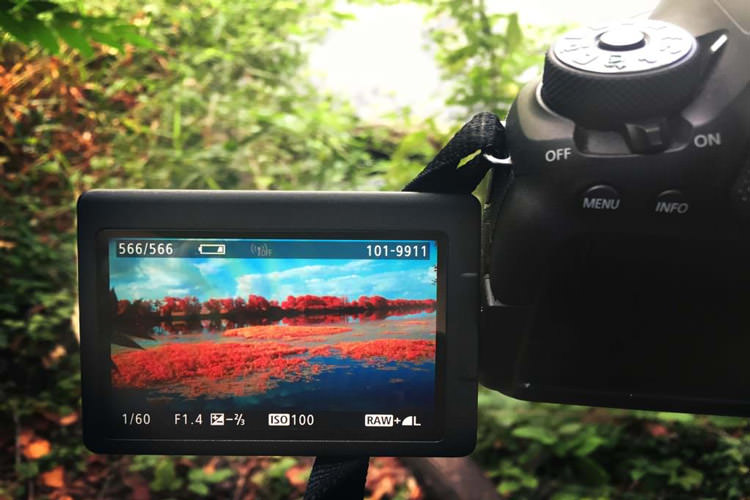 The new filter appears to be the first to capture Aerochrome-like images without extensive Photoshop manipulation. See some comparisons below. 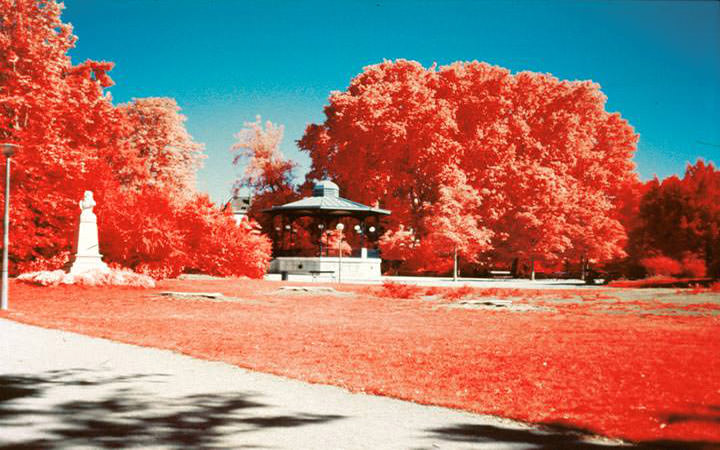 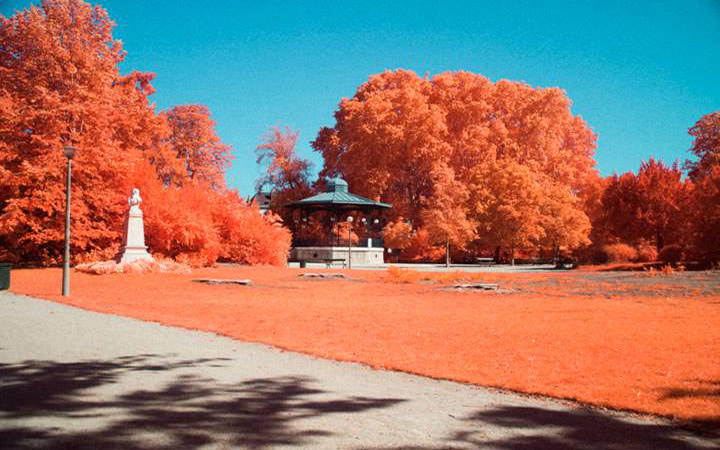 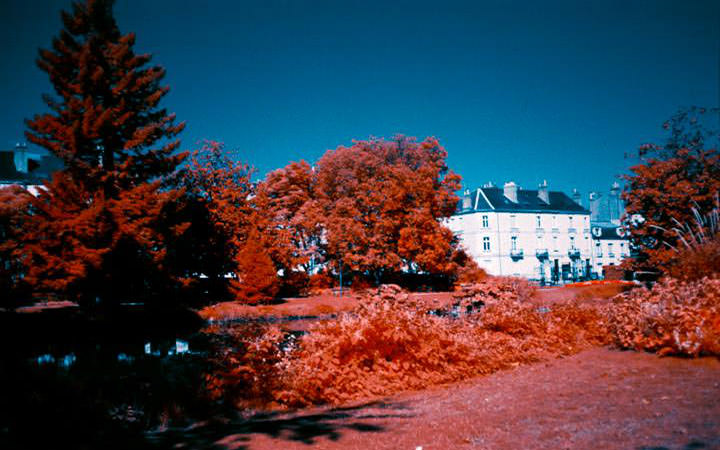 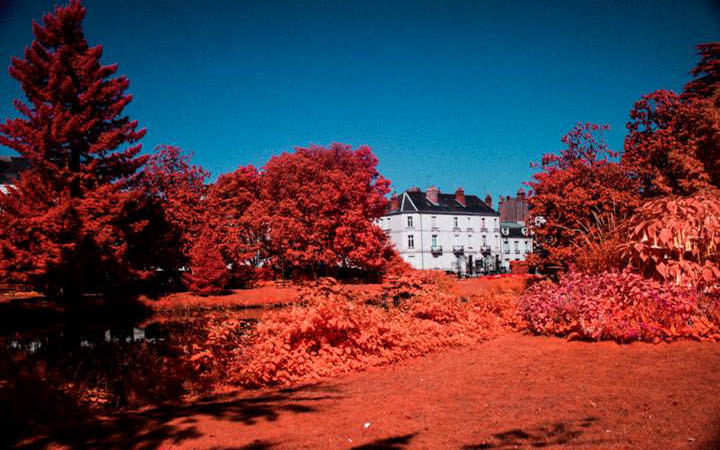 See the following photos, all taken with the IR Chrome filter. 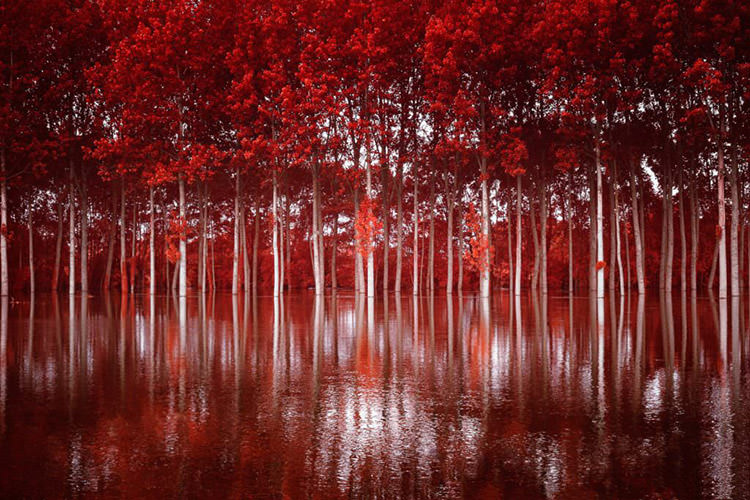 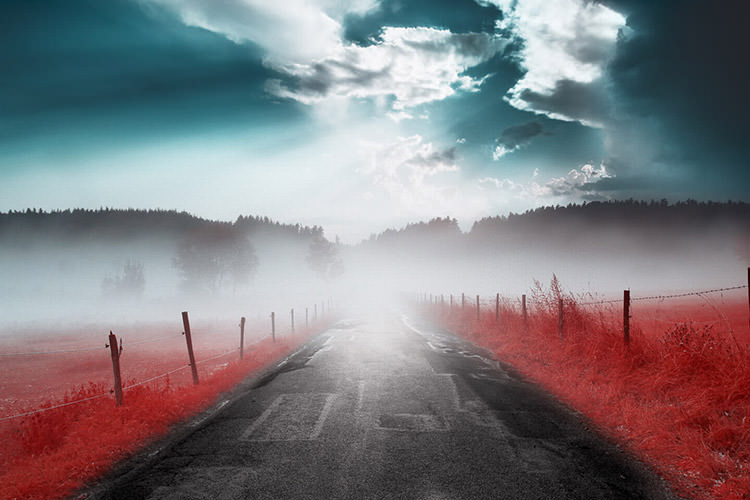 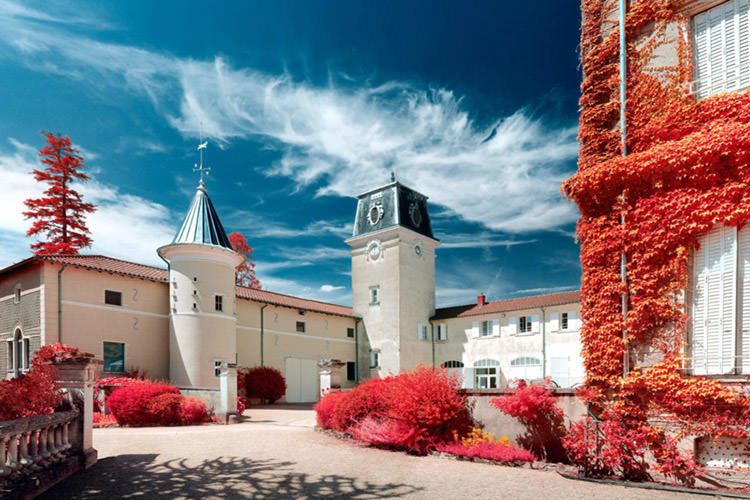 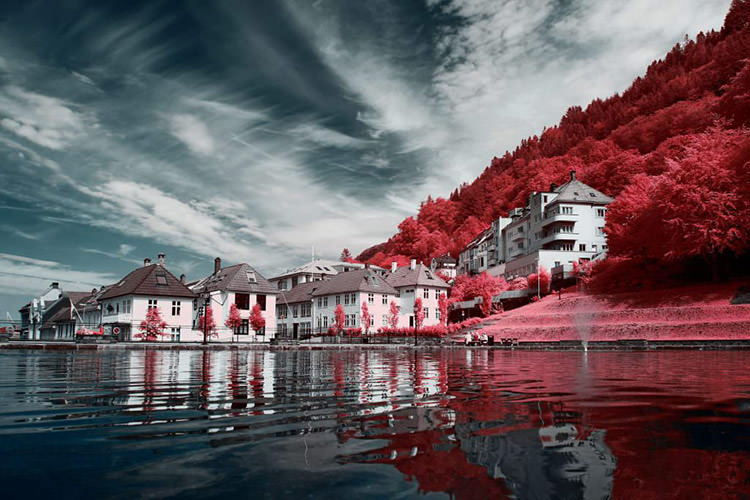 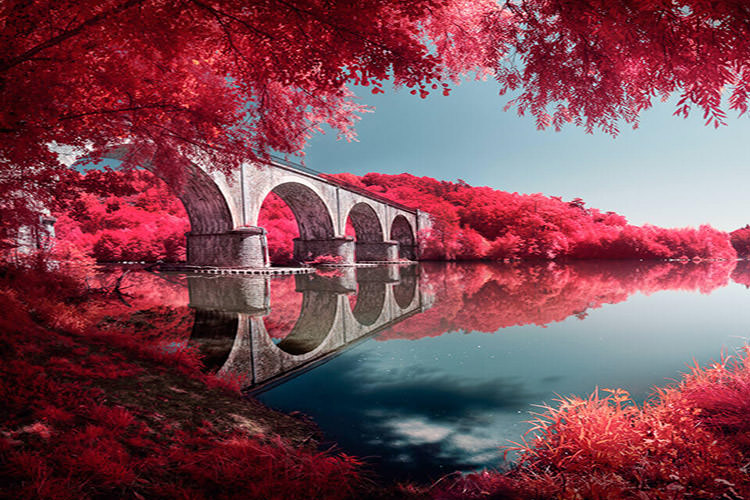 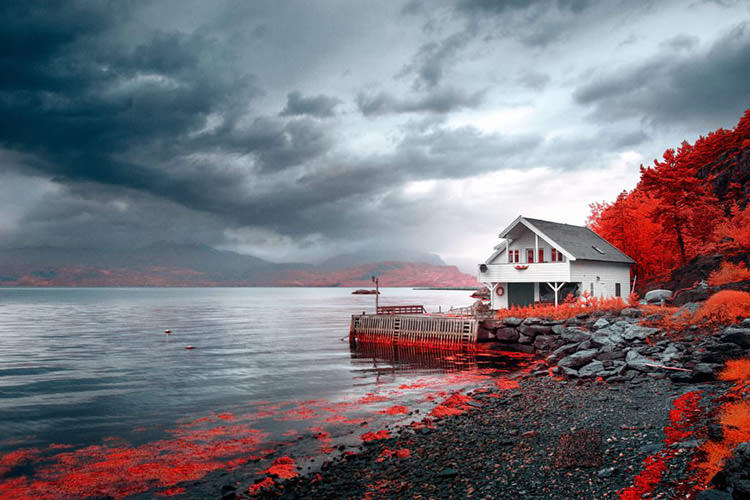 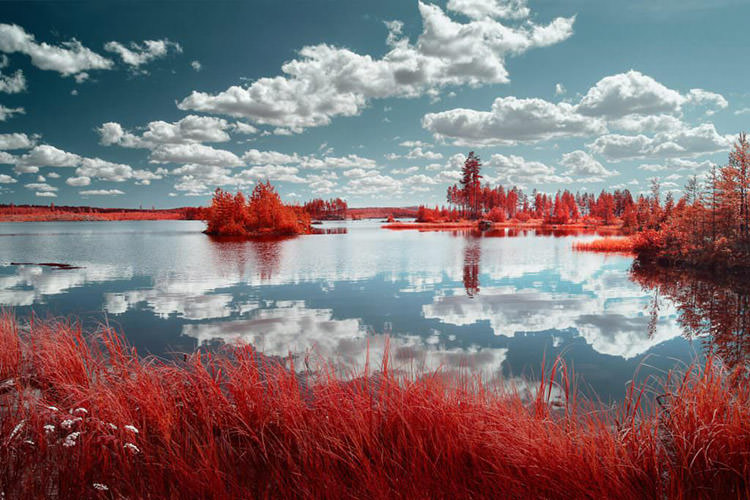 Among the features of this filter, we can mention its anti-reflective coating, which reduces drag and color saturation. This filter has a double glass structure with a thin coating layer designed to increase its life.

The IR Chrome filter by Kolari Vision is available in different types, from 37 mm in width at 50 dollars to 95 mm at 195 dollars. Of course, you need a full-spectrum camera to shoot with this filter, which Kolari Vision does, depending on the type of camera, for $100 to $325.