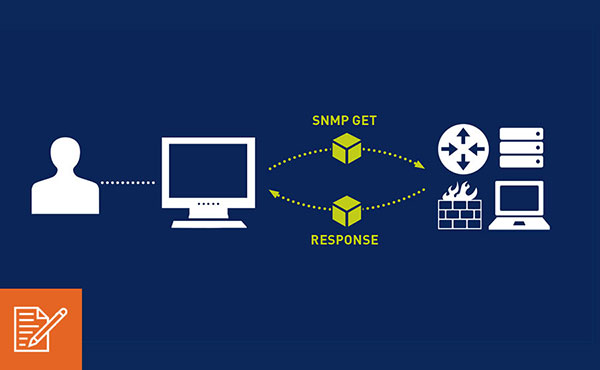 SNMP protocol is derived from Simple Network Management Protocol, which means “simple network management protocol.” The SNMP protocol is a framework used to manage devices connected to the Internet. It can provide us with operations and operators to monitor and manage the Internet network. In this part of the network training, we will examine this application protocol in network management.

The SNMP protocol has two parts: Manager and Agent. 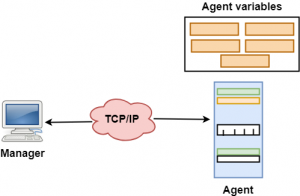 The protocol manager part is a host that controls and monitors a set of agents such as routers. A manager is an application layer protocol where several management stations can control a set of agents.

This protocol is designed at the application level. It can manage all types of devices manufactured by different companies and installed in different parts of the network’s physical layer.

This layer is used for heterogeneous networks (Heterogenous Networks), which are made of local area networks (LAN) and wide-area networks (WAN). Many routers or gateways are used to connect these networks.

Managers and agents in SNMP protocol

In the SNMP protocol, a manager is a host that runs SNMP client programs, while an agent is a router that can deploy and run an SNMP server.

Internet network management is created through communication and simple interactions between managers and agents.

In the SNMP protocol, the agent keeps the information in the databases while the manager accesses the values ​​in the databases. For example, a router can keep variables relevant to its work, such as the number of packets received or forwarded packets. At the same time, the administrator can compare these variables and determine that the router is congested. is it or not

Agents can also participate in processes performed by the manager. A server application can run on an agent to monitor the environment and check if an error occurs. Agents here send alert messages to managers.

Network management cannot be achieved through the SNMP protocol, but this protocol can be used to communicate with other devices with the same protocol. Management here can be accomplished through other protocols. These two protocols are:

Management is a combination of SNMP, SMI, and MIB protocols. These protocols work like Abstract Syntax notation (1) and Basic Encoding Rules (BER).

The SMI protocol is derived from the term Structure of information management. The SIM protocol is a component used in network management. Its main functions are to define the types of data that must be stored in objects and to indicate data encoding for transmission over the network.

The MIB protocol is derived from the term Management Information Base, a secondary network management component. Each agent has its own MIB section that collects all the objects the agent needs to manage. The MIB protocol divides objects into eight groups:

These categories fall under a MIB object.