One of the gtmetrix errors that we Iranian users usually encounter due to the use of ready-made WordPress templates is displayed as “Reduce the number of DOM elements” in Yslow GTmetrix, which is related to the use of different elements on the same page. DOM stands for Document Object Model, which refers to various types of objects and elements on a page that is available in HTML. These objects include various items such as forms, buttons, checkboxes, etc., which are used in a web page and in a tree-like structure that continues from the beginning to the end, they will finally form the shape of a website.

This tutorial from Hostfa’s knowledge base will introduce Reduce the number of DOM elements in Yslow GT Matrix and teach you how to fix this error in GT Matrix. So, if you also encounter this error due to the use of different types of data in HTML, stay with us until the end.

As I said, an HTML web page can be made up of many things, such as forms, demos, tables, checkboxes, lists, passwords, history, links, etc., and every website tries to use most of these elements to beautify and complete the content. Be it Now, when these elements are used in the form of a tree structure that starts to load and display on the site from the beginning of the page until they reach the end and display the content of the page made with these items, if there are many, it will increase the duration. It will take time to load the site.

Because in most cases, using CSS, they try to change the style and appearance of these things to get a new and updated look. For this reason, it is not recommended to use several DOM elements on one page, and according to Yslow GT Metrics, which is related to Google’s algorithms, you should try to use it in a standard way. If we want to display this model as a tree structure, the image below shows it. 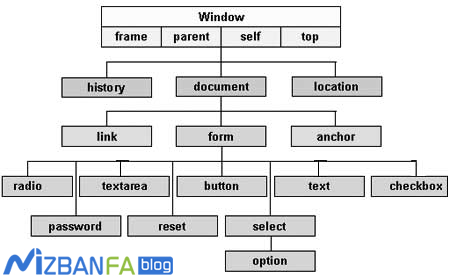 Now, in order to eliminate the Reduce the number of DOM elements error in GTmetrix, it is enough to reduce the use of these elements. Therefore, in your content and pages, try to use these items in such a way that their number is not large, and on the other hand, do not maneuver too much on the issue of changing the style of these elements, which will cause the site to load more time due to style changes.