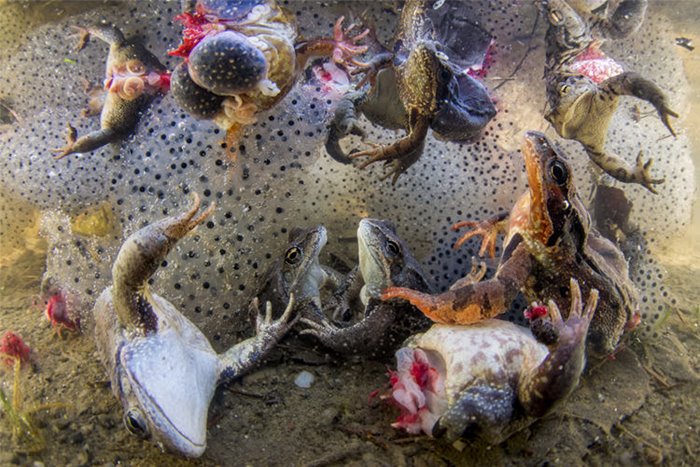 Sometimes A Picture Is More Expressive Than A Thousand Words, And Sometimes A News Photo Will Leave An Event Forever In Our Minds.

The selected works of the 2019 World News Photo Contest are also such photos.

World Press Photo is a non-profit organization established in 1955 in Amsterdam, Netherlands. This institution, which is currently the organizer of the world’s most prestigious annual photo news competition, awards prizes to selected works in various fields.

In the future, stay with us to watch some of the works of the nominees for this award. 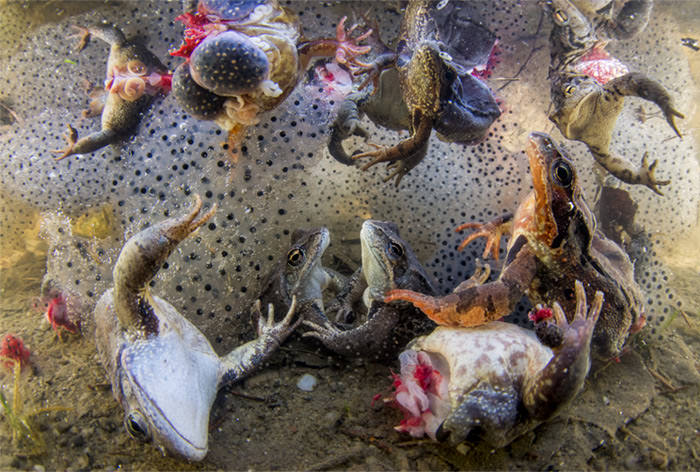 A small population of the Carpathian mountain region in the Kvasna region of Romania makes a living only by selling frogs’ legs. The frogs, whose legs are severed and are immersed in the jelly coating around their eggs, struggle to come to the surface. Usually, in the spring, when the frogs spawn, the portions are removed; sometimes, this is done while the animal is alive. The annual income from the sale of this product is about 40 million dollars. 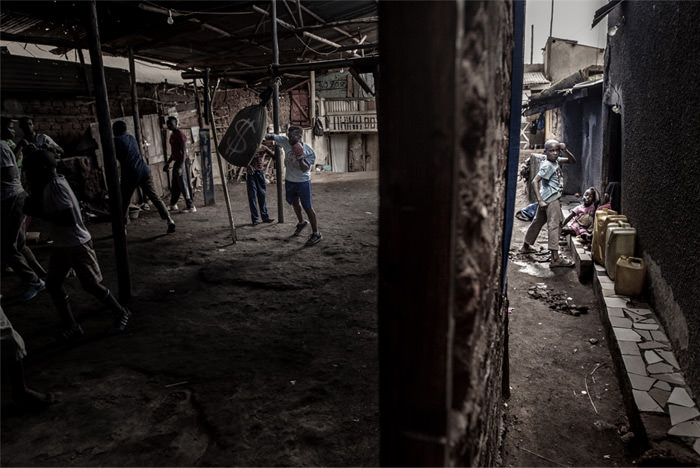 Maureen Ajambo is a  30-year-old mother of seven who trains at the Rhino Boxing Club in Katanga, an impoverished area of ​​Kampala, the capital of Uganda. Katanga has about 20,000 people, most of whom live in absolute poverty. Lambo is a member of the Uganda women’s national boxing team. 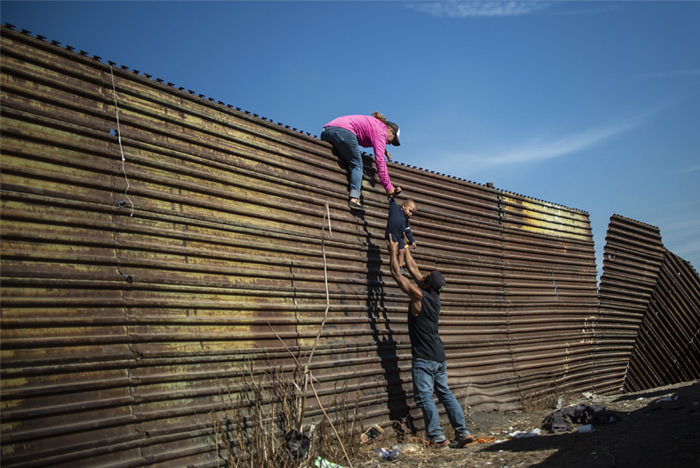 Central American migrants climb the fence located on the El Chaparral border between Mexico and the United States. A convoy of asylum seekers who left Honduras in October arrived at the border in mid-November. The crowd of 30,000 migrants at the border point has increased tensions, and people who can’t stand waiting for months in the queue for asylum seekers leave the convoy and climb the fences to cross the border. 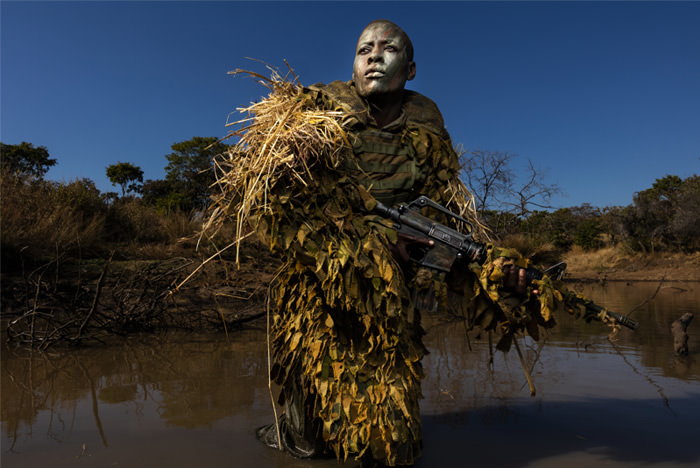 Petronella Chigombura, a member of the Akashinga group, which means brave in the local language, takes part in a camouflage training exercise in Zimbabwe’s Pondondo Wildlife Park. This group, whose members are women with guns, was initially founded to prevent the illegal hunting of African elephants. Still today, it also pursues other goals, such as protecting the natural resources and wildlife of the region, empowering disadvantaged African women and creating jobs, and helping orphaned children and women.

Crying girl at the border 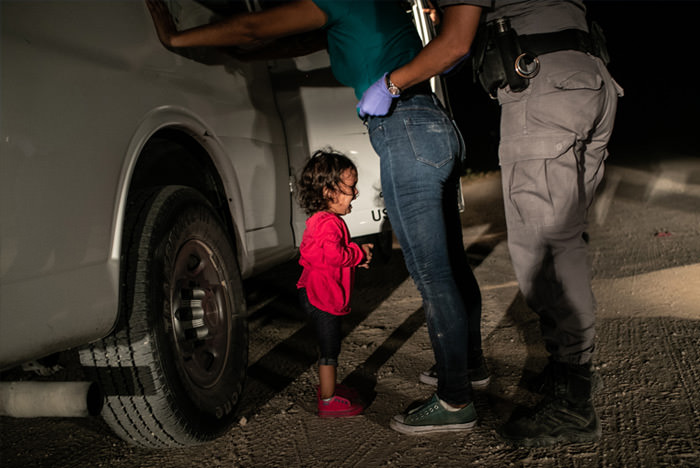 Getty Images photographer John Moore won the 2019 World News Photo Contest award with the “Crying Girl on the Border” photo. This photo was selected from about 78,000 entries and received the “Best News Photo of the Year” award; it also won the first prize in the “Single News Photo” category. On June 12, 2018, US Border Patrol agents in McAllen, Texas,   arrested and detained Yanla Sanchez, a two-year-old Honduran girl, along with her mother,  Sandra Sanchez.

The description of this photo reads:

Immigrant families had crossed the Rio Grande River (a river that forms part of the US-Mexico border) by boat when US border guards detained them. Sandra Sanchez said that she and her daughter came to the United States to apply for asylum after a month-long journey through Central America and Mexico.

Trump had announced a “zero tolerance threshold” policy at the border, and according to it, immigrants who crossed the border illegally could be prosecuted as criminals. The implementation of this policy caused the separation of parents from their children and even their transfer to separate detention centers.

After the worldwide publication of this photo, the United States Customs and Border Protection announced that Yanla was not among the thousands of children separated from their parents by American forces. However, public protests over the controversial actions of the US Border Patrol led Trump on June 20 to suspend the implementation of parts of the “zero tolerance threshold” policy, including the separation of parents from their children.

Less than a week after this photo was taken, John Moore criticized the immigration policies of the American government in an interview:

We have all heard of children being separated from their parents, But many of us have no idea what we have heard. It was tough to take this photo; Because I knew what would happen next. As a father with young children, it was alarming to see what was happening in front of my camera lens and to think how I would feel if my children were ever taken away from me.

After it became clear that the mother and child were not separated, many photographers criticized Moore’s (in their opinion) unprofessional performance. In the Petapixel website survey about Moore’s photo, half of the participants considered Moore’s performance professional, and the other half believed that as a news photographer, he overstepped his bounds and acted unprofessionally.

Sometime later, in an interview with CBS, Moore  reacted to the criticism raised as follows:

Most of the time, we look at immigration only from the aspect of statistics and figures, and only when we depict the suffering of the migrant and the issue takes on a human element do people understand it. When they know, they sympathize, and the fact that I have been able to depict a bit of this suffering is enough for me. 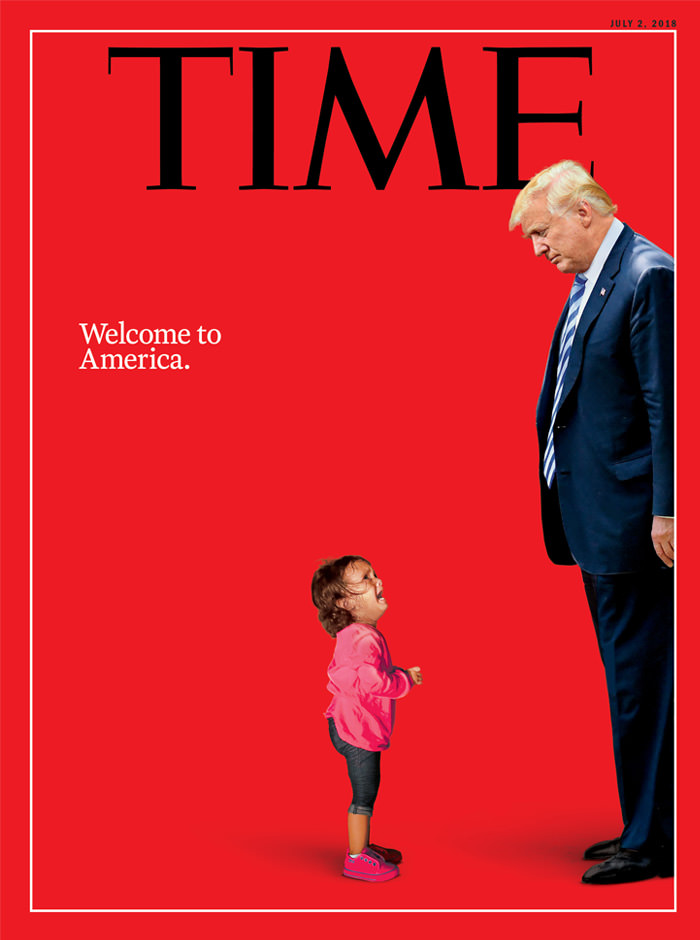