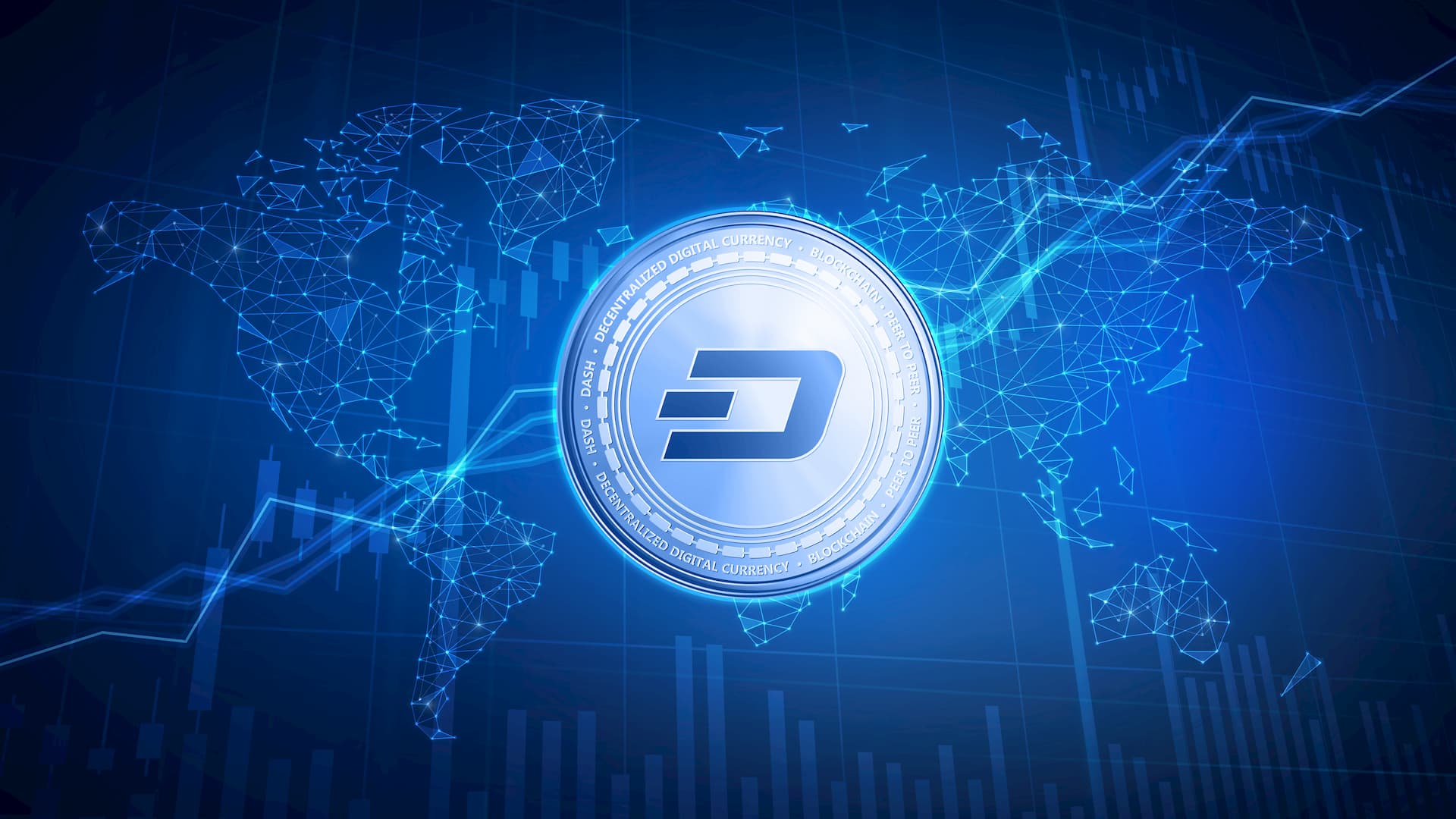 Dash digital currency was introduced in 2014 and is now the twentieth largest digital currency in the world. In the continuation of this article, we will fully examine the characteristics of Dash currency.

What is Dash Currency?

Dash currency, like bitcoin, is a digital currency that can be for sending or receiving payments. In fact, Dash has been on the blockchain technology used by Bitcoin. but significant improvements have been made to it. Dash is very popular compared to Bitcoin due to its privacy and high transaction speed. Thanks to the use of the unique Masternodes model.

In addition, Dash Currency is on the Self-Governing and Self-Funding models. In fact, Dash Bitcoin, unlike Bitcoin, will be able to raise the capital needed to advance Dash technology on its own.

DASH, which stands for Digital and Cash, was first launched by Ivan Dofield on January 18, 2014 under the name XCoin. Ten days after the introduction of this currency, it was changed to Darkcoin, and finally the name Dash was chosen for it on March 25, 2015. This currency is the result of the emergence of a hard fork in Litecoin, while the lightcoin currency itself is the result of the Bitcoin fork. However, in the early days of the fork, a bug in the network caused about 1.9 million DASH coins to be mined, which was equivalent to 10% of the total available coins of this currency.

Following this technical error, Ivan Dofield suggested that DASH be restarted, but the user community rejected the offer, and the project eventually resumed operations. The currency was under $ 10 from its introduction in 2014 until the end of 2016, but experienced a significant price increase in early 2017 and reached $ 1,540 on December 20, 2017.

DASH currency has many features that distinguish it from other cryptocurrencies such as Bitcoin and Light Coin. Three features of Masternodes, PrivateSend and InstantSend make DASH the best option for fast and unrecognizable (private) transactions among other currencies. The following is a brief description of each of these features:

On the Bitcoin blockchain, there are miners who approve its transactions and receive rewards in return. The DASH blockchain works in the same way as Bitcoin, except that the system is divided into miners and master nodes; Masternodes is actually the user who has charged his account at least 1000 DASH.

Master Nodes, like a dedicated server, perform the vital functions of the Dash encryption network; In other words, the Master Nodes are responsible for conducting private transactions (PrivateSend), instant transactions (InstantSend), handling and fund. As you can see in the chart below, the DASH master network is very strong and growing.

In fact, the goals of Master Nodes are to improve network security and increase transaction speed. This is achieved with the effort and expense of the masters, so the network pays them a reward. A Master Ninety will receive 45% of the total Dashcoin mining bonus. In fact, if 1 unit of DashCoin is mined by miners, it will be divided among the beneficiaries according to the following criteria:

Masternodes unique system offers two great features to the DASH network, which we will discuss below.

One of the problems with bitcoin blockchain is that its transactions are completely public. In other words, if you make a bitcoin transaction, everyone who has access to the Internet around the world can track the following information:

This is the biggest problem with Bitcoin, even Fiat currency transactions are such that only the parties to the transaction are aware of the details. While DASH has a PrivateSend service that enhances transaction privacy; In other words, the transactions and identities of Dashcoin users will never be traceable to other people. As we mentioned earlier, privacy is possible thanks to the efforts of the Masternodes.

In general, although all your transactions take place in a completely legal and secure environment. you will definitely not like the fact that they can be traced by other people. Of course, Cash Coin is superior to Bitcoin in this regard and gives you a completely private space. This feature eventually brings the Fungibility feature to the Dash currency, which we will explain later.

This is not the case for bitcoin currency because bitcoin transactions are traceable. In other words, a person can refuse to accept bitcoins that have already been in illegal transactions. Instead, the history of Dashcoin transactions is not traceable, so all existing Dashcoins are equal and interchangeable.

It takes an average of 10 minutes to validate bitcoin transactions. While it only takes a few seconds to validate credit card transactions such as Visa or MasterCard. So there is a significant difference between the two. This has actually called into question the scalability and mass acceptance of bitcoin, but to solve this problem, Dash offers users a system called InstantSend; In other words, dash transactions will be in a fraction of a second by the network of masternodes.

These three features make DASH superior to Bitcoin and Line Coins, but Dash Coin also has another unique feature that we will explore later.

At the time of bitcoin mining, all mining bonuses (100%) will go to Miner, but at Dash Coin mining, about 10% of the bonus cost will back to the Dash network. In other words, 10% of the extraction bonus goes to the growth and strengthening budget of the Dashcoin cryptographic network.

Regarding who will decide on this capital, it should be that Dash users can register their opinions and votes about this capital on dash.org. For example, the Dashcoin system offers the following:

As you can see, all users of the Dashcoin community can comment on its development and growth. Because blockchain technology is an emerging technology, it needs constant optimization before it can spread. Dashcoin discusses technical and business model issues in his forum. It is why he is one of the best digital currencies.

Assuming you own a DASH unit and store it in your DASH Wallet, you should first consider two important things about a Dash wallet:

The public address is your bank account number, which is a random combination of letters and numbers. You can share the public address with people who want to send Dashcoin to your account.

The private key can also be as a password that you do not share with other people. The private key is a random characters of letters and letters. And you will need it to access wallet information.

Now suppose you want to send a DASH unit to your friend, you need to do the following: