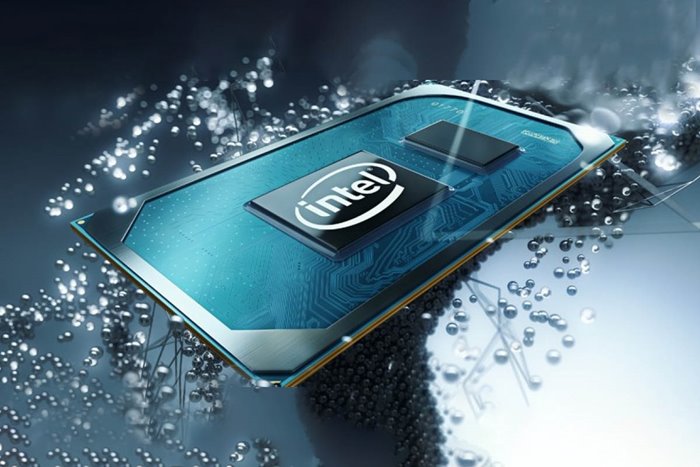 Although We Haven’t Seen Intel In Smartphones, Tablets, And Other Pocket Gadgets For A Few Years Now, Having Chips From This Company Was Once Considered An Advantage For Portable Devices.

While ARM and Qualcomm have launched excellent GPUs, we hope that Nvidia will also return to the smartphone chip market or at least license the design of GPUs.

If AMD can make a successful comeback, why can’t Nvidia? However, Nvidia is not the only manufacturer forced to abandon the production of mobile graphics processors; Texas Instruments was also a company that had gained a lot of fame in the field of mobile processor production in recent years.

However, in this article, we are not going to talk about Nvidia or Texas Instruments; Rather, our goal is to examine Intel’s mobile processors with a continuous history. This company is still the leader in the market of computer, laptop, and server processors in the world.

Intel’s history in the field of mobile processor production is not as bright as the two mentioned companies, Although the company had a successful start starting with ARM processors.

Initially, Intel certified the ARMv5 instruction set and created the Xscale microarchitecture based on it. The first Intel PXA210 and PXA250 chips with clock speeds of 200 and 400 MHz were designed to be used in PDAs or personal digital assistants and were considered the same as today’s smartphones without the ability to talk.

Intel targeted professional PDAs, which in 2002 were pocket-sized devices with the ability to decode and play movies and mp3 files, using features such as wireless connectivity.

The PXA250 chip was used in phones such as the Samsung i700, which also benefited from a 2G cellular connection with GPRS internet. The Samsung i700 had a 240 x 320-pixel resistive touch screen, was equipped with a VGA camera and an MMC memory slot, and used the Phone edition of the Windows PocketPC 2003 operating system.

Samsung’s i300 device is an interesting one that uses Windows Mobile 2003 SE, despite having little resemblance to PDAs. The i300 was a big, chunky 20mm-thick device with 3GB of microdrive storage, which was rare then.

The i750 model was also similar to the phones, But unlike the i300, it was also equipped with a 2.6-inch resistive touch screen. While the sliding design of this device allowed the keyboard to be hidden, the front of the phone was adorned with many hardware keys. The i750 was 22mm thicker than the i300, But it didn’t use MicroDrive memory ins;tead, it supported the new Micro SD memory.

Motorola also had innovative designs in that period. The A1200 model was pretty standard, using a transparent, flip-up protective cover to protect the touch screen from bumps and accidental touches. The said screen was 2.4 inches smaller than the i750.

Motorola Q8, imitating Blackberry, used a full physical keyboard under its 2.4-inch horizontal display. Also, Motorola released flip phones like the A910, which may not have been as good as the Razr. Still, using a Linux -based operating system and not following Microsoft’s hegemony brought an exciting innovation. E680 was also considered a better example of a Linux-based phone.

O2 XDA devices are another example from the list of Intelli devices. For example, the O2 XDA II had a large 3.5-inch display with a typical resolution of 240 x 320 pixels. Also, we can mention the i-mate PDA2, which seems to be a standard and decent device. However, the title of strangest design should be assigned to the Qtek 9000 with its laptop-like appearance. The interesting point is that not only did the devices above use XScale chips But all of them were made by HTC.

Blackberry also used XScale chips, which were used in popular models such as BB Pearl 8100, Pearl Flip 8220, and Curve 8300.

Palm was one of the other companies that used XScale chips, most of which had the company’s proprietary operating system called PalmOS. However, the company also launched Windows Mobile devices such as the Treo 500v.

Finally, in 2006, just four years after its birth, XScale was sold to Marvell, ending Intel’s adventure with ARM. Now we want to talk about what you have been waiting for since the beginning of this article: Android phones that use Intel Atom chips.

Motorola was among the first companies to use Atom chips in devices like the RAZR I in 2012. The machine had an Atom Z2460 processor with a single x86 core and a PowerVR 544MP2 GPU. Intel’s Z2460 processor used hyperthreading technology for two 2 GHz hardware threads and was considered among the 32-bit models. 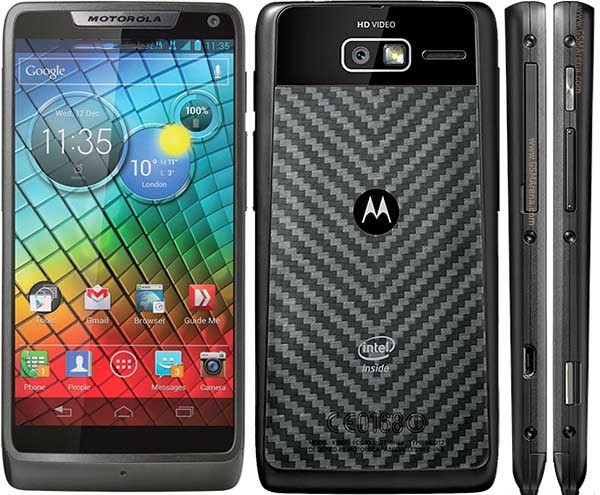 However, the specifications above were considered quite normal; Because Intel processors were designed for large devices with active cooling systems, it was challenging to include them in a practical smartphone form factor. This company was only able to put one and later two processing cores in them, But they were also swift, and their single-core processing performance was among the best at that time.

Two years later, Asus used the same generation of Atom processors in the first ZenPhones, which used improved 32nm models in the 2013 Z2500 series. However, since it was only possible to use two cores, their multi-core performance was somewhat weaker than ARM’s quad-core design, which was first released in 2012. Although the Atom supported hyperthreading technology and each processor could run two hardware threads simultaneously, the performance was not as good as having two true separate cores.

The next generation of Atom chips from the Z3000 series was equipped with four cores, which could have been possible thanks to the migration to 92nm. The chips above were used in devices such as the Asus Zenfone 2 Deluxe and Zenfone Zoom ZX550. It should be noted that the Zoom model uses a 28-84 mm periscopic telephoto lens with unparalleled magnification. This technology was absent for several years, But now it is emerging again.

Also, Intel chips were used in the Asus Padphone convertible series, which allows for connection to a tablet dock to take advantage of a larger screen. One of them was the PhonePad 7 device, which was considered a tablet with the same features as a phone, But unlike Padphone, it was impossible to convert. However, the Transformer Pad device could be converted into an Android laptop.

Dell was not without convertible devices and launched models like the Venue 10 7000. The smaller Venue 8 7000 was designed for stand-alone use, But this device also had an unusual design with a giant speaker. The thick and cylindrical side part of this device made it possible to connect it to the keyboard dock. The machines were attractive models after the regular Venue 7 and Venue 8.

In 2015, Acer introduced the Predator 8 tablet, which, as its design suggests, was considered a gaming device. This tablet used the Atom x7-Z8700 processor, which has four processing cores without hyperthreading and was accompanied by an Intel graphics processor. Also, at that time, devices like Lenovo’s Yoga Tablet 2 became very popular, suitable for multimedia use with their mobile stand and powerful speakers.

Another interesting Intel device of that era was the Nokia N1 tablet, which, unlike its usual appearance, had an exceptional feature, and Microsoft produced it after the acquisition of Nokia. The mentioned device used the Android operating system, which may seem strange, But Microsoft started using Android in Nokia X series phones months ago. 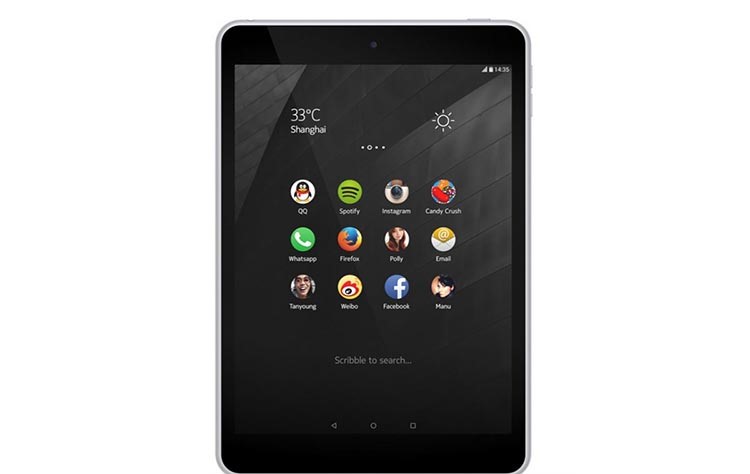 The combination of Intel processors and Microsoft Windows is so standard that it has been given the nickname “Wintel,”; But why was there not much news about Windows tablets with Intel processors? Microsoft was trying to reduce its dependence on Intel and x86 processors; As a result, it developed Windows RT with ARM technology, which led to devices such as the Nokia Lumia 2520.

However, several Windows tablets with Atom processors were also launched on the market; Because Allview didn’t want its Windows device to rely only on ARM. One of the production devices of this company was convertible and used Windows 10, which was much more logical than the idea of ​​an Asus Android laptop with an Android 4.4 version. View also produced a KitKat tablet named Viva i10G, But not as a convertible product.

After that, many tablets with Atom processors were launched in the market, and companies like Xiaomi, Samsung, HP, Micromax, and others each had a share in this field.

However, one device that was never expected to feature an Intel chip was the Tag Heuer Connected Modular 45 smartwatch, which is quite expensive at $1,200 for the 41mm model.

The watch had a titanium frame and ceramic bezels about 1.39 inches and an AMOLED display with a ruby ​​protector. The mentioned price was related to the basic model, and there were even models with a 6-figure price! The interesting point was the use of Atom Z3000 chip in this watch with Android Wear OS 2.1 operating system. 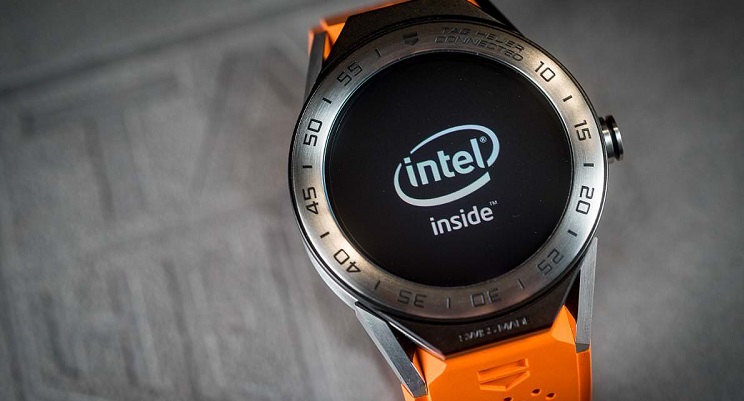 The last device we want to mention is the lovely Nokia 9000 Communicator. Technically, this craft was not equipped with an Intel chip; But it used AMD’s 486 chip with a clock of 33 MHz. 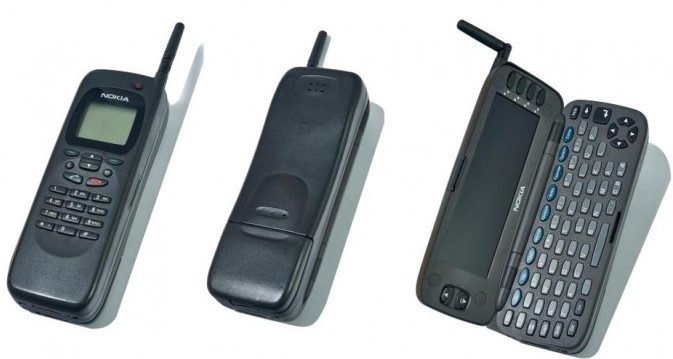 As you know, Intel’s luck in the mobile chip market ended in 2014 and 2015, and we didn’t see Intel chips being used in portable devices except for odd and unknown devices. Finally, Intel stopped producing chips for smartphones and tablets, and other manufacturers took the burden of this company. However, Intel maintained its modem division until 2019, when it was finally handed over to Apple.

Although Intel now has no middle ground in the mobile chip market, it has recently found more worrying problems. Now the progress of this company has stopped, and it has given the lead to TSMC. It’s true that Android still supports x86, But in practice, there is no trace of it in new devices.

Windows 11 can run Android applications; Even though they are designed for ARM devices, this feature is also made possible by emulation with Intel Bridge technology.