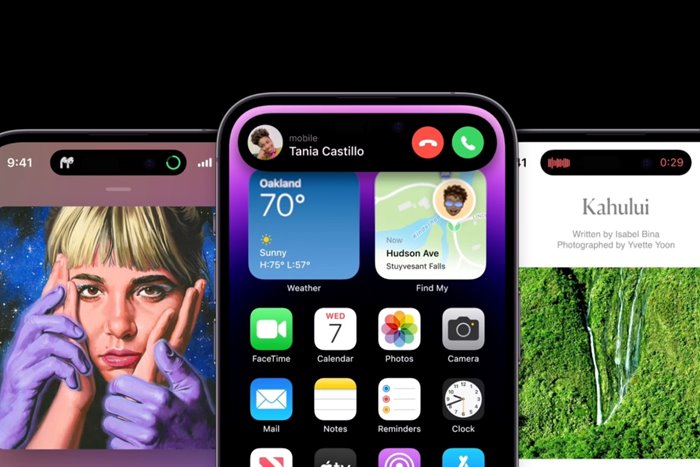 Dynamic Island Is One Of The Features Of Apple’s iPhone 14 Pro And iPhone 14 Pro Max Phones, And Now A Creative Developer Has Used This Feature To Create A Mobile Game.

The pill-shaped cutout in Apple’s iPhone 14 Pro models is the place to place the selfie camera and Face ID sensors. Of course, this area uses a unique design that can dynamically become a part of a display and change its shape and appearance when presenting different information.

Apple announced that it would make Dynamic Island technology available for developers to create creative applications. While major apps are expected to use this area soon to interact more with their users, independent developers are already trying to take advantage of the dynamic island in their apps and games.

Indie developer Chris Smolka has come up with a fun concept game based on the classic Pong, first released in 1970, and has released a short video of the gameplay on his Twitter account. In this game, you have to control the lower part of the screen. It would be best to hit the ball by moving the black area at the bottom of the screen.

Of course, the difference between this game and the original Pong is that the goal is to hit the fixed area of ​​the dynamic island at the top of the screen with the ball.

According to DigitalTrends, each time the player hits the dynamic island area, the player gets the point, but since the game is still a sketch, Smolka can change that. Adding a countdown timer that encourages you to earn more points in a limited time might be an excellent idea.

In addition, the black strip can first hit the ball with large dimensions and gradually reduce its size.

The idea of ​​Pong seems simple enough, but its presence on the iPhone 14 Pro offers the first taste of using a dynamic island. Developers can expand the applications of this area from a notification section to a much more practical section with creative solutions.

Smolka says he’s trying to get his new game out on the App Store by Friday. If you like the look of this idea, but you’re using an older iPhone, don’t worry because Smolka has announced that he’s working on another version of the game for older iPhone models.