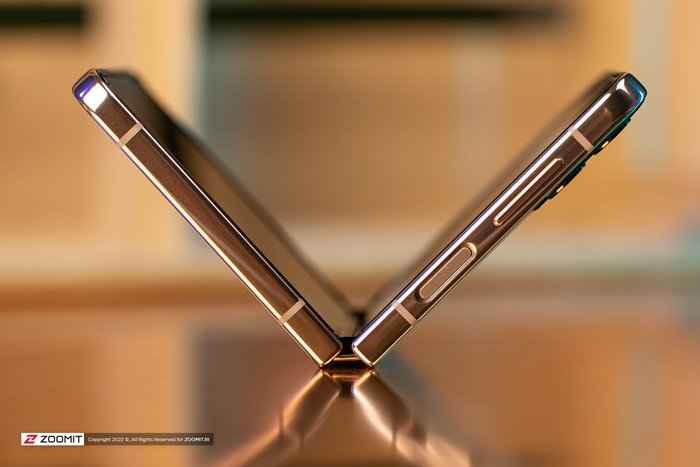 While The iPhone 14 Is Introduced With The Most Powerful Mobile Chip In History, Samsung Is Maneuvering To “Bow” To Apple To Taunt Its Foldable Phones. Samsung’s Ads Are Practically Self-Defeating.

In recent days, Samsung has started a new advertising campaign to take attention away from the iPhone 14 and position its products in the mobile market as the best in the world.

Samsung’s advertising battle with Apple started on the eve of the Far Out event and continued after the unveiling of the new generation of iPhones, and now it has entered a new stage.

Samsung has creative engineers. This company started producing foldable devices before all the big players in the mobile industry. The Galaxy Z Fold and Galaxy Z Flip series phones have become high-quality devices after several generations; if their prices drop over time, they will be attractive options for many people.

Samsung is the world’s top brand in the mobile industry in terms of market volume. The phones that this company offers in the Galaxy S family have the best every year; the Galaxy Z series phones benefit from innovative features, and the mid-range Galaxy A series phones are very popular.

Samsung has proven to be a worthy player in the mobile industry.

This company does not need to attack competitors. However, Samsung’s advertising team members are trying to make the most of the iPhone 14 launch. 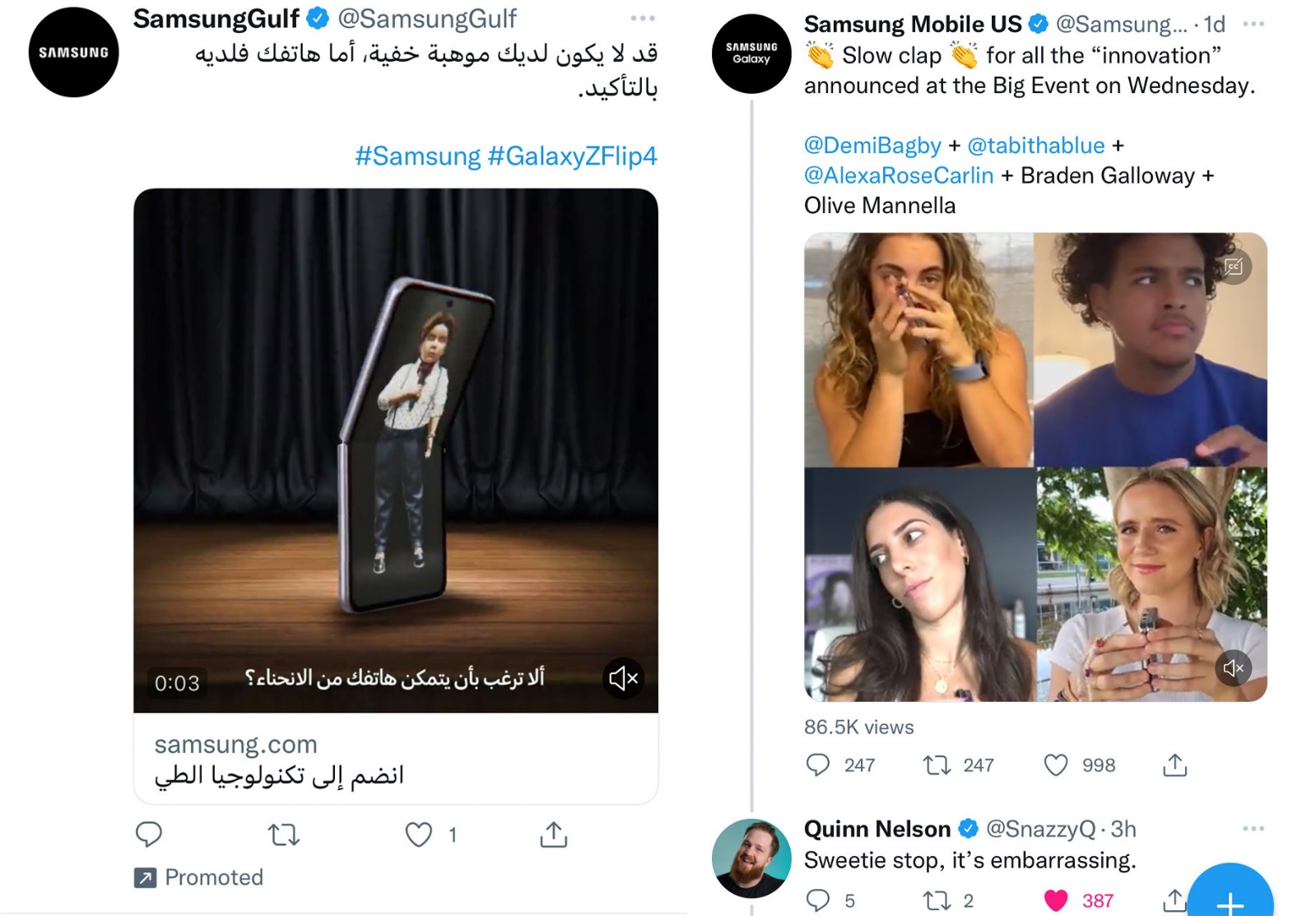 The new advertising campaign launched by Samsung is more self-inflicted than helpful for the company. Samsung is not limited to video ads, and the company’s advertising banners in some cities show off the unique features of foldable phones. Other flags point to using the sharpest image sensor in the mobile world in Galaxy S series phones. Samsung recently started advertising on Twitter: “Wouldn’t you like your phone to be able to bow too?”

“Don’t you wish your phone could bow too?”

Samsung maneuvers to bow its phones, While Apple introduced the new iPhone with the most powerful mobile chip ever (a chip that is 40% faster than the competition),

While Apple has used a satellite communication system in the iPhone 14, Samsung says in one of its advertisements, “Wouldn’t you like your mobile phone to run like a horse?”
Instead of helping Samsung, this kind of advertising hurts the company and is more like self-destruction. Many users on social networks have mocked Samsung’s advertising campaign.

Samsung’s foldable has many attractive features, focusing on “bowing” to the far-fetched advertising policy.

The advertising dispute between Samsung and Apple is not a new issue. These two companies have repeatedly teased each other in their advertisements. Samsung mocked the iPhone when removing the headphone jack and charger from the box, But later, he took the same path and had to remove his ads.

Samsung’s advertising campaign makes valid claims in some areas, But sometimes he does strange things. In some of its advertisements, Samsung pointed out that the Galaxy Z Fold series phones have a foldable design and a flexible display. Maybe focusing on these characteristics is a more logical action.

In years past, advertisements were more creative and focused; But Samsung seems to have made a strategic mistake in its new advertising campaign.

What is your opinion of users about Samsung ads?