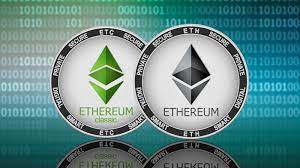 We will be examining the history of ETC, why it was created, and the potential areas where the developers of ETC hope to leverage its technology. Most importantly, we will highlight the significance of ETC as an investment vehicle.

What Is Ethereum Classic and Why Was (ETC) Created?

We have already discussed how Ethereum Classic came about, but we did not mention the events that triggered its formation. Here we go! Before 2016, Ethereum and Ethereum Classic were one entity. This blockchain platform was responsible for introducing smart contracts in cryptoverse.

Ethereum (ETH) is the brainchild of Vitalik Buterin, and a host of other developers altogether called the Ethereum Foundation. In 2015, this foundation built a Turing-complete smart contract platform based on blockchain technology and called it Ethereum (ETH).

Same way as we have contracts between parties in the real world, the relevant parties also sign contracts in blockchain, and the details are captured in a software called a smart contract. The software also includes conditions that must be satisfied before it self-executes.

In 2016, Ethereum developers proposed and implemented a complex smart contract called the Decentralised Autonomous Organisation (DAO). DAO would facilitate the development of decentralised applications (dApps) on the Ethereum blockchain. Less than two months after DAO launched, a hacker siphoned $50 million worth of funds from it.

In the aftermath of the attack, the Ethereum Foundation, which is the governing council of the Ethereum community, met and decided on three possible alternatives of the way forward, do nothing, implement a soft fork or implement a hard fork.

A section of the community argued that Ethereum should continue with the old protocol without any fork because ‘code is law’. However, the Ethereum Foundation went the other way; they decided that a hard fork was necessary, and that is what they did. The developers, users and miners who remained with the original Ethereum protocol renamed it to Ethereum Classic.

How Does Ethereum Classic Work?

The Ethereum Classic developers describe the platform as the ‘purest decentralised project’ in cryptoverse. One of the reasons for this claim is its untampered protocol since creation. The blockchain works as a smart contract engine, meaning it supports the creation and implementation of smart contracts.

Miners validate transactions over the network through a system called Proof of Work (PoW). For each transaction successfully validated, the miners earn ETC and the information belonging to the transaction that stored in a new block. Each new block comes after the previous one and special cryptography algorithms link and secure the blocks into a single chain of blocks.

Ethereum Classic operates via state transitions. To understand this concept, one should know that Ethereum Classic’s ledger comprises of accounts and balances. There are two different states of the ledger, one showing all current balances, along with all the accounts created on the platform, and another showing extra data. A state does not appear on the blockchain until an ether transaction is complete.

1-Backwards compatibility with the original Ethereum

Many developers and miners disadvantaged by Ethereum’s sudden abandonment of the original Ethereum protocol. However, ETC still supports compatibility with the protocol (in what we called backwards compatibility). As such, many developers were able to carry on with their projects seamlessly.

The original Ethereum implemented a monetary system where the amount of digital currency created is limitless. ETH still uses this system. ETC abandoned it in favour of a system where it limits the ETC that miners can create. This, according to the community, takes care of both the long-term and short-term interests of ETC holders by ensuring that inflation does not depreciate the value of the wealth that ETC stores.

In crypto-lore, emission schedule refers to the rate at which a blockchain network creates new cryptocurrencies. Since ETC has a set maximum supply of ETC tokens (at 210 million ETC), the platform implements a regular schedule that dictates the production of new coins. For this reason, ETC displays better stability than ETH.