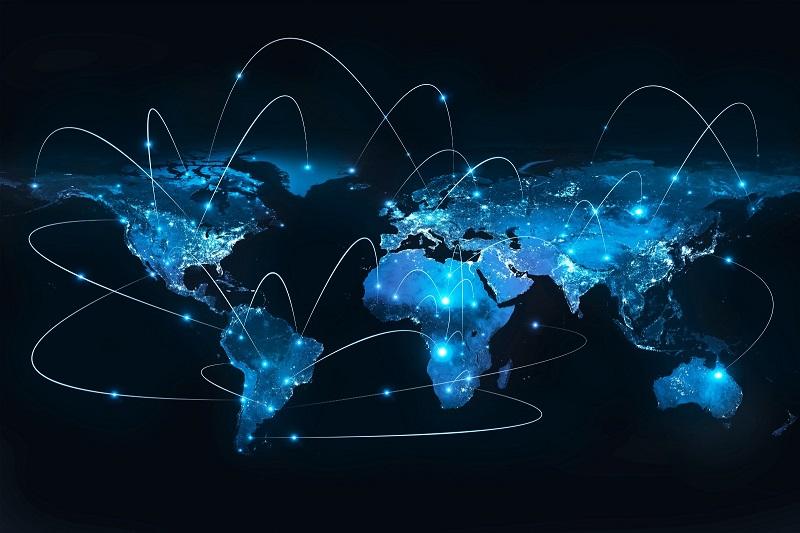 The Release Of Bitcoin Digital Currency Based On Block Chain Technology Made The Mentioned Technology Suddenly Attract The Attention Of The Media.

Today, blockchain applications are not limited to decentralized finance and have entered other areas such as supply chain management.

However, the vital thing to note is that blockchain is one of the technologies developed based on a distributed ledger.

What is a distributed ledger?

Distributed ledger or, more precisely, Distributed Ledger Technology is a collection of digital, shared, and synchronized data geographically located in different locations. The said technology has no central administrator or single place for data storage.

Distributed ledgers are maintained and updated databases based on the understanding mechanism and data architecture accepted by network participants.

A peer-to-peer network with a consensus algorithm is required to ensure all nodes have access to information.

Blockchain is one of the most famous and famous technologies that is based on Distributed Ledger Technology. As we mentioned, the distributed ledger is a kind of digital database that is updated and maintained by each network member independently in an ample space.

The distributed ledger in the blockchain does not contain any central authority to publish records to members, and all members maintain the information.

More precisely, in the blockchain, distributed ledger transaction records are kept by members in a chain of blocks. Think of the above chain as a long list, each line containing information related to transactions.

Nodes under the network are active in keeping and updating the information.

For the information in this blockchain to be reliable and valid, all users have access to transaction information and reach consensus through defined standard protocols.

Suppose someone has made a transaction. The transaction block contains the time, date, and amount that the sender sent. In addition, the partnership includes the sender’s information; the technology does not use the actual name and instead uses the person’s unique digital signature.

Each block has a unique identifier known as a hash to distinguish or synchronize transactions. This hash function is used to differentiate all transaction blocks in the ledger. The hash function has two essential features, and the first is that it includes

numeric characters, and the second is that each hash function is unique and random. More precisely, no user can predict it or somehow hack it and take it.

How does the blockchain work?

Blockchain hosts many blocks that are added to the ledger system, but how does the above process happen? There are four steps to adding blocks to the blockchain, which are as follows:

Of course, before a block is included in the ledger for this transaction, the block receives a unique identifier. This ID is an identification code for that particular transaction. The block contains a hash value to maintain the structure of the blockchain. After your transaction is added to the ledger, you can view it, and depending on the network’s characteristics; other members can also view the transaction. However, this is not true in all networks.

In Hashgraph, multiple transactions can be stored on the ledger in the same timestamp. In this case, all transactions are stored in a parallel structure. Here, each record in the catalog is called an event.

The distributed ledger is provided to the nodes equally, so no node in the network will be able to manipulate information or transactions. It means that no user in a network based on a distributed ledger cannot change all the policies and instructions to be implemented on the web and delay or control the execution of transactions.

Other nodes in the network can selectively confirm your friend’s transaction first, even if you have made a transaction slightly earlier than your friend. In a hashgraph, validator nodes must approve or reject both transactions as you did.

Hence, in this distributed ledger without blockchain, the faster you have a connection, the better you can use the service. This way, you can make transactions quicker and be in the first line for approval.

It means that the nodes commit the changes and then discard the transaction. In this case, you will not have to keep this information in your office forever. Because of this, it only needs a few gigabytes of storage space to store all the knowledge of the Hashgraph distributed ledger database platform.

Byzantium and the acidic nature of the grid

The Byzantine concept is one of the basic features of the hashgraph distributed ledger implementation. Byzantium is a system where no small group or entity can influence the path to consensus. Also, after reaching an agreement, no user will be able to make a change in this field. Each member knows that a consensus has been reached and will remain so. Each network node agrees on how to conduct a transaction in this blockchain-free distributed ledger.

Therefore, the mentioned technology is compatible with the acidic concept of the ACID network, namely atomicity, consistency, isolation, and durability. How hashgraph works is another interesting topic in this field?

This distributed ledger system uses a Gossip protocol to transfer all information, mainly about network-wide transactions. Each network node can send information known as “events” that are pre-signed in a new trade. Each node randomly selects a neighboring node to transmit this information. Then, a node aggregates the event with other received data and sends it to neighboring nodes.

With the help of the “virtual voting” protocol, each node approves the transaction and is added to the ledger. Therefore, when a transaction is done, the neighboring nodes share that information with other nodes, and after a while, all the nodes are informed about the transaction. The process is speedy, so it only takes a few minutes for everyone on the network to be notified of the event.

In simpler terms, the more transactions are made in the network, the faster the handling process will be. To clarify the discussion, let’s see how DAG works.

How does a DAG work?

and can view These secured transactions. Any node can initiate trades; however, for them to be valid, they must ensure at least two previous transactions in the ledger. After he confirms the transactions, his transaction is approved.

It is a new form of consensus to achieve greater scalability. According to the explanation provided, companies that perform many transactions per second should use the DAG distributed ledger

Another distributed ledger without a blockchain has been in the spotlight for some time. Holochain, the company that created this new form of distributed ledger, refers developers to a new way to build decentralized applications. Holochian DLT is one of the most advanced ledger levels.

Holochain has a significant change from other non-blockchain distributed ledgers; This office is agent-centric instead of data-centric. This network does not use the global consensus protocol and only handles changes and scalability issues and keeps it intact even after the web grows.

How is this distributed ledger technology different from similar examples?

In traditional methods, all network nodes must reach a global consensus and confirm the entire network. However, Holochain changes this mechanism. It is not harmful to know that the name of this technology is adapted from the architecture on which it works, i.e., hologram. In a hologram, if you want to create a 3D pattern, you need certain light rays, and you have to work with them to create an image. Holochain has similar functionality and uses separate modules to build the ledledgerHere, and each node maintains its own distributed ledledgerd and communicates with it through its unique signature. To clarify the discussion, imagine the entire network as a river flowing along a path. Each node flows into the river of offices through its small streams, creating the river as a whole entity. If one of the streams goes offline, the distributed ledger database will not be affected.

It’s simple, and each node has its ledledgerhich itself, that works based on a concept called DNA. DNA ensures that every node in the network that intends to add new information to the public ledledgerst be approved. Nodes send data to each other to be verified. If other nodes in the network can verify their information with DNA, they will inform other nodes.

In this case, as soon as they find differences, they reject that transaction and send a message on the network, warning others that the node’s operation is suspicious and malicious. The process is entirely transparent and error-free, which is why it has become so popular in the tech world.

Tempo, also called RADIX, is like other distributed ledgers without a blockchain and maintains the sequence of information in the ledledgerowever, it also uses a timestamp. Radix DLT is the creator of this new technology.

You can use this blockchain-free distributed ledledger for both private and public applications. One of the positive points of the above technology is that it does not require heavy hardware. It is light and can work on mobile phones without problems. With Tempo, you can create your decentralized applications, tokens, and coins and make transactions in a shorter time.

How does TEMPO DLT work?

The performance of this distributed ledger database is different from similar examples. Any node can choose to carry a subset of the global ledledgerth it. A subset of the ledledger calls ed a shard, and each node having a fragment receives a unique identifier for its subset from the ledledgerWhen a node wants to confirm transactions, it uses logical clocks to do so. A typically distributed ledger database timestamp alone is not capable of achieving consensus.

Hence, nodes check the previous state instead of temporal matching. For example, if the last transaction was A and transaction B has occurred, the nodes correspond to whether transaction A existed before B. Therefore, the nodes record the event’s sequence instead of the event’s actual time. Such features have made Tempo’s distributed ledledgertract the attention of companies and users.