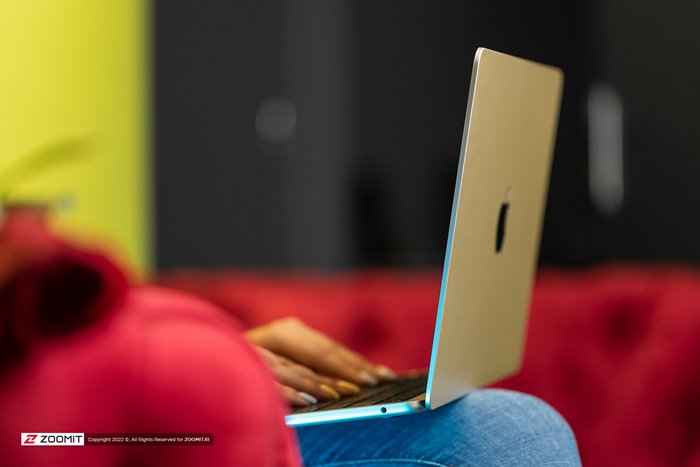 Apple Has Produced Several Macs Over The Past 40 Years, And Some Of Them Have Managed To Remain In The Minds Of Fans With Their Attractive Design.

Apple introduced its first Mac almost 40 years ago, in 1984. Since then, various devices have been produced, some of which have attracted a lot of attention, but others have not been successful.

This article has introduced some of the best Mac designs in their production history. Of course, not all of the mentioned options will be unique, but they should add to our list due to their place in Mac history. Also, keep in mind that opinions vary, so if there’s a product you don’t see on the list and think is a great design, share its name with us in the comments section. 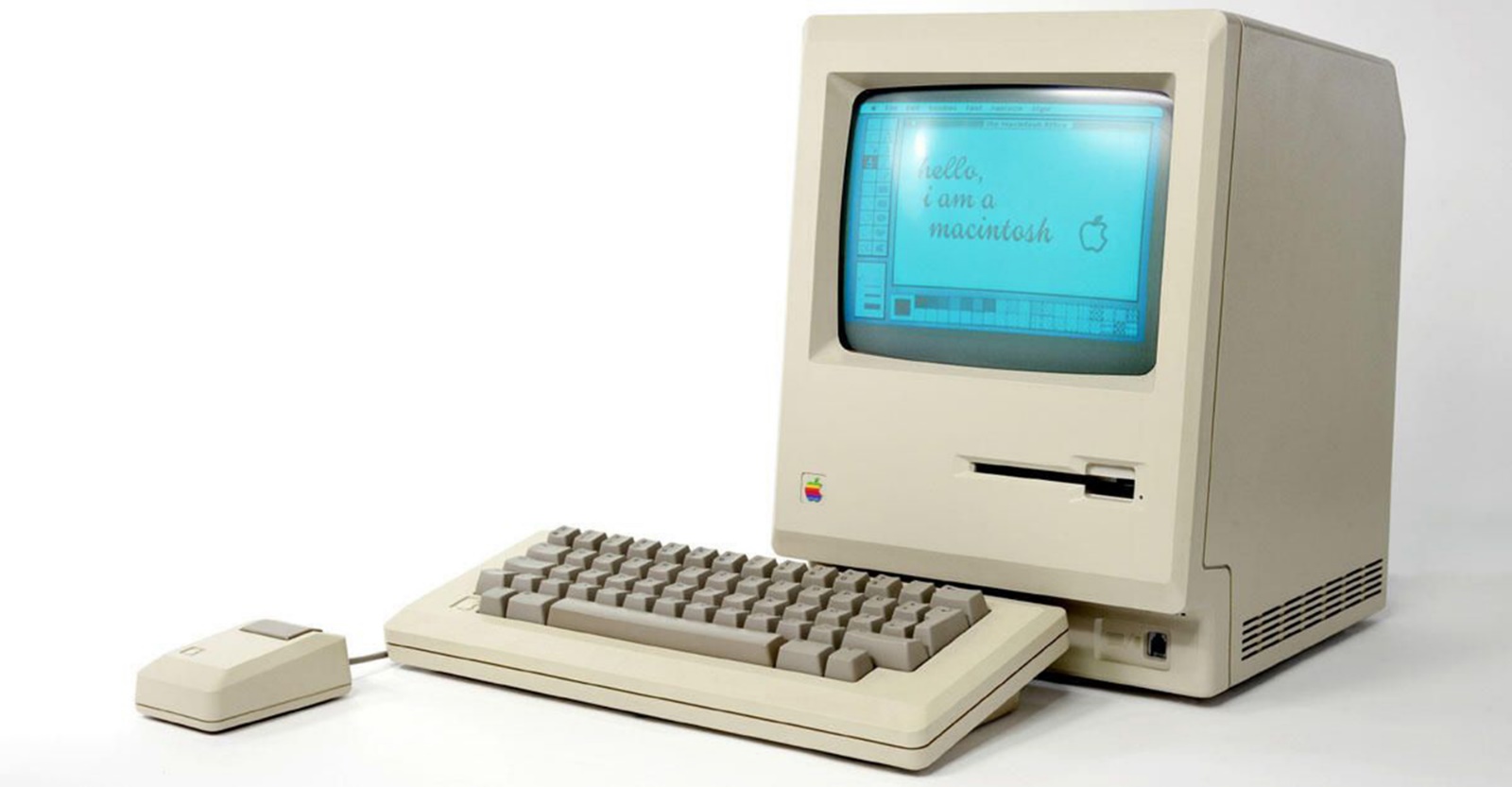 Apple’s first Macintosh, eventually called the Macintosh 128K, was introduced to the world during a television commercial produced by Ridley Scott. Two days later, Steve Jobs presented this product; by May of the same year, it had sold 70,000 units. The Macintosh 128K (with 128 KB of RAM) had a Motorola 58000 microprocessor and a 400 KB floppy disk drive.

In September 1984, Apple introduced the Macintosh 512K, which quadrupled memory. However, the original model remained on the market until October 1, 1985. 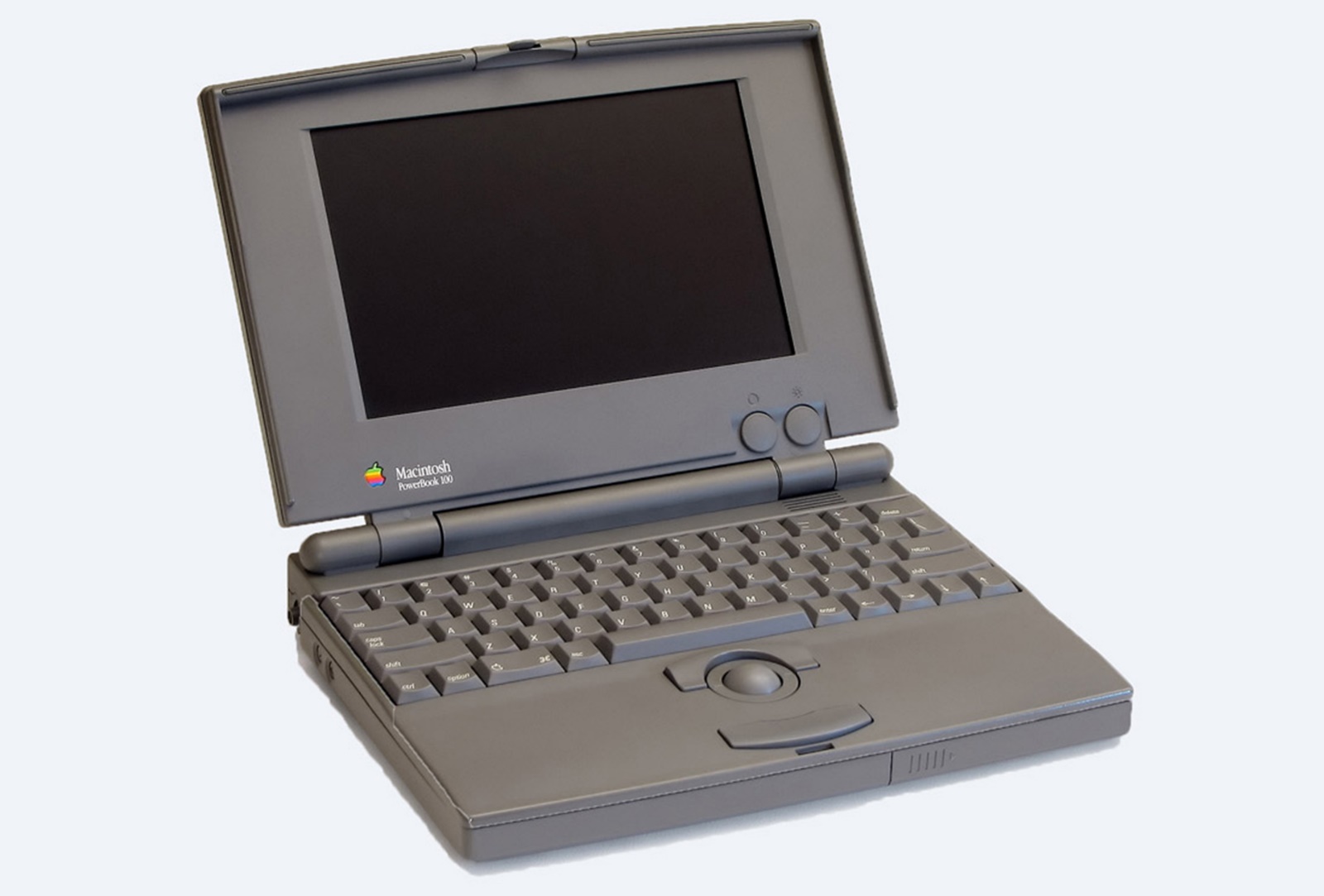 This product was one of the most popular devices in Apple’s history. In 2005, Mobile PC magazine named the PowerBook 100 the number one gadget of all time, and for a good reason. These notebooks had many unique features for the time, including an internal mouse and compact dark gray frame. Also, placed the keyboard to provide a lot of space for the palm to rest.

Interestingly, after the success of the first generation Powerbook 100 series, its design team went to Compaq, and this issue led to the delay in future generations of the said product. 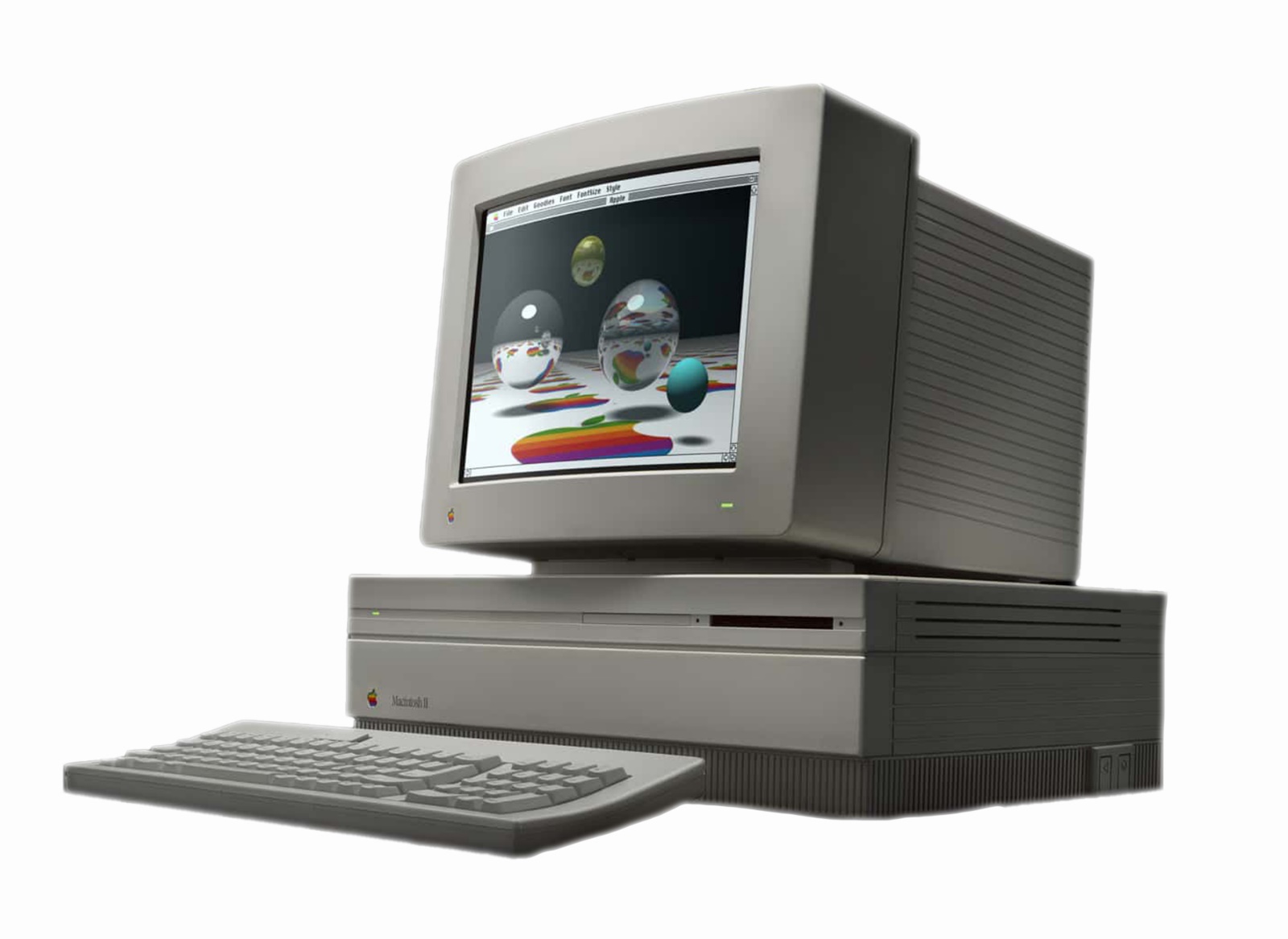 Macintosh II is known as the first Apple Mac without a built-in display. Its design was similar to other systems at the time, including the Amiga 1000 and the IBM PC. The monitor of this product was located on top of its case. In addition, the said device was considered the first Mac to support color graphics, which is probably why the price tag of $5,500 (equivalent to more than $13,000 today) was on it. 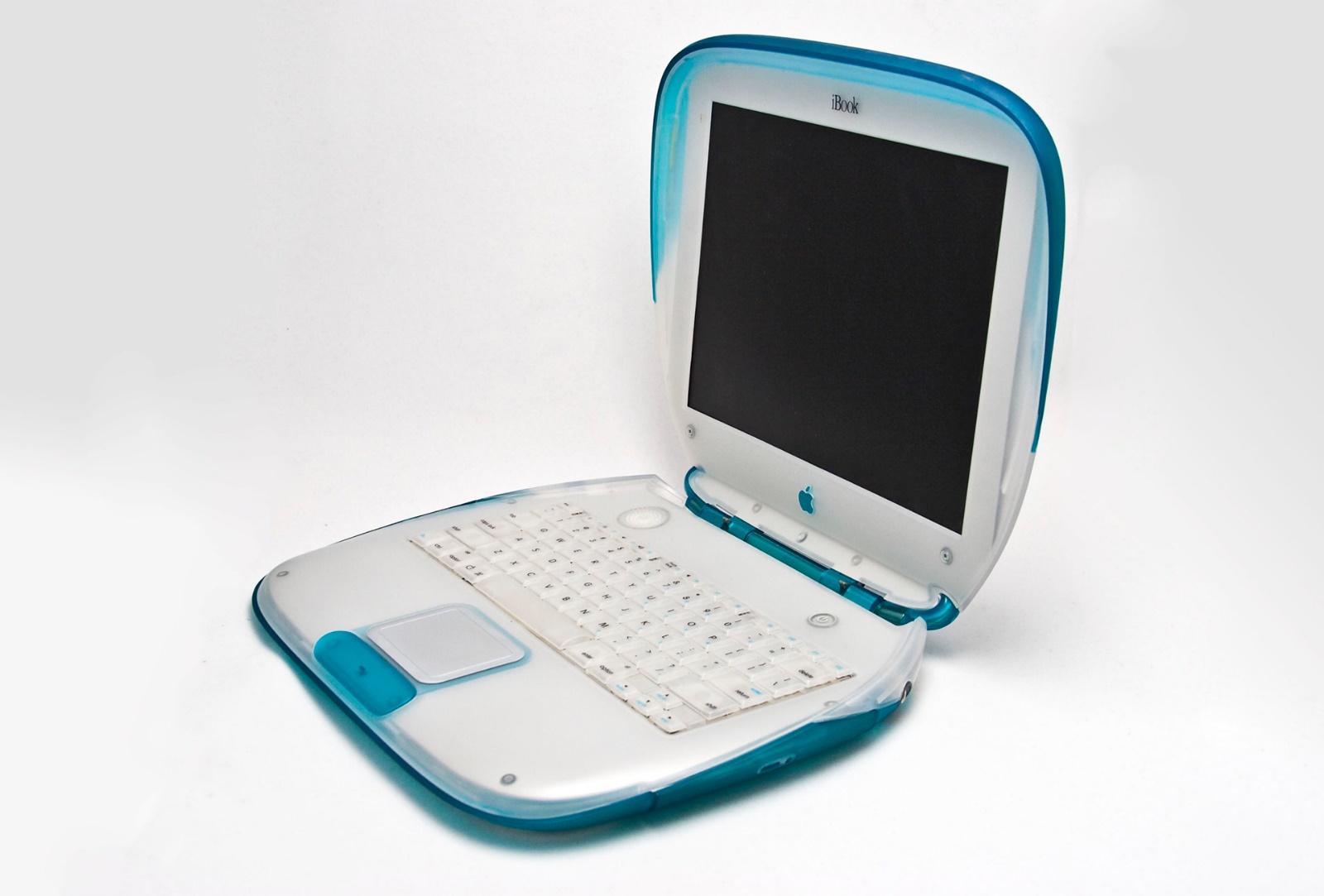 In 1999, Steve Jobs introduced a combination of iMac and PowerBook and called it iBook. The iBook G3 Clamshell was presented in several unique colors, including Blueberry, Graphite, and Indigo. In addition to the bright color options, the internal wireless network, the handle on the body, and the unique shape are the reasons for the popularity of this product.

Unfortunately, the iBook G3 Clamshell was replaced by the all-white iBook G3 Dual USB after less than two years on the market. 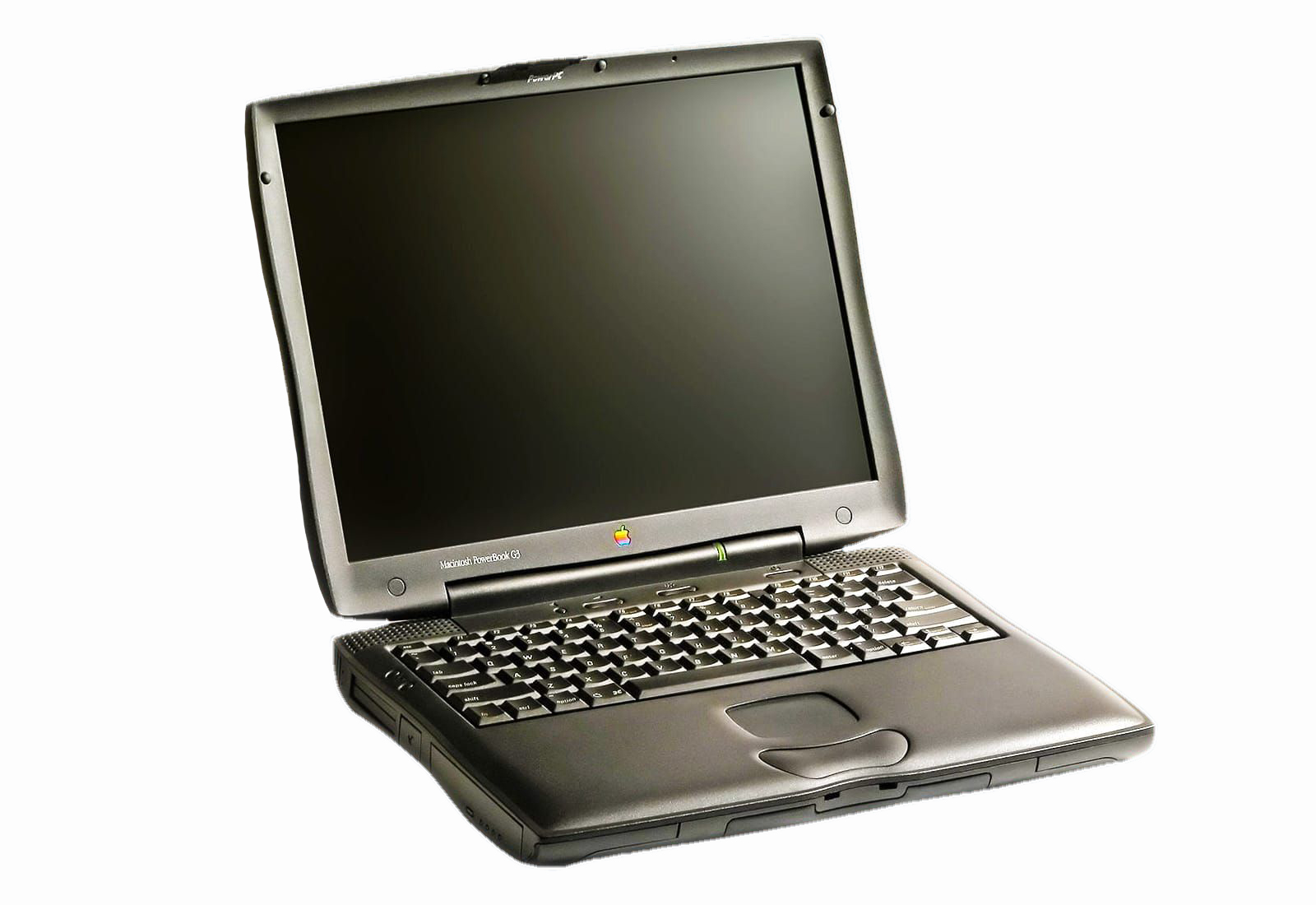 Our list starts with two powerbooks; perhaps none are more stylish than the second-generation G3 model. Wall Street had a 14.1-inch LCD screen. Also, this device can be considered the first PowerBook that offered ATA industrial standard optical drives.

However, the Wall Street Series Powerbook G3 had heating issues, so the Wall Street II quickly replaced it. Also, this product is the last Apple computer with a rainbow logo and the previous model that supports Apple Superdrive. 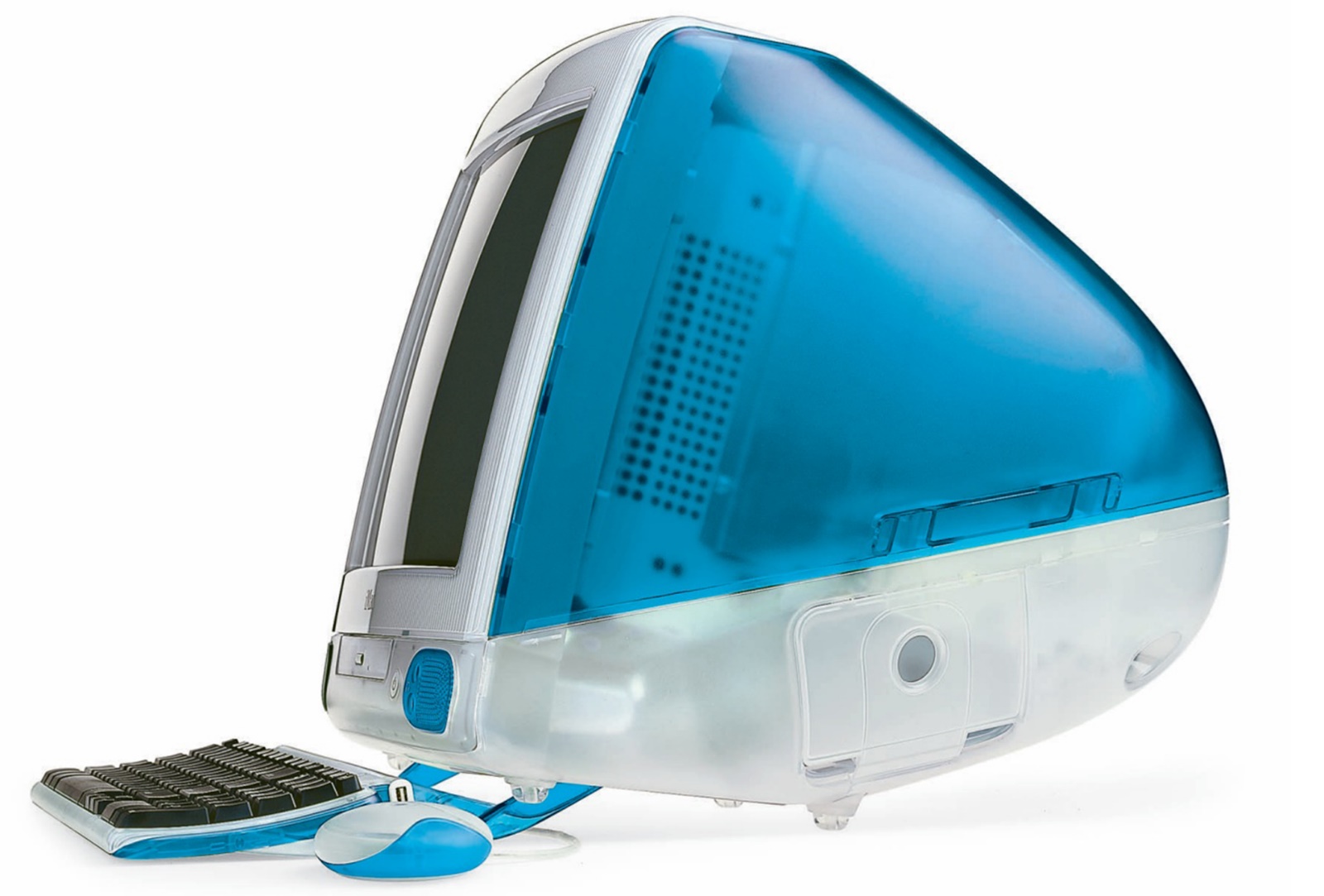 It can say that the iMac G3 has the most impressive design in the history of Apple. At the time of its release, the said product was an attractive computer that made other personal computers look ugly.

The colorful iMac G3 still holds a special place in the hearts and minds of die-hard Apple fans. Although this product was only on the market for three years, it gave Apple a new life after years of financial problems. After Steve Jobs returned to Apple, he created the Transparent Mac as the first new product.

Despite having many features, Apple focused more on its various colors when promoting the iMac G3. Its color options include lemon, graphite, indigo, ruby, sage, diamond blue, etc. 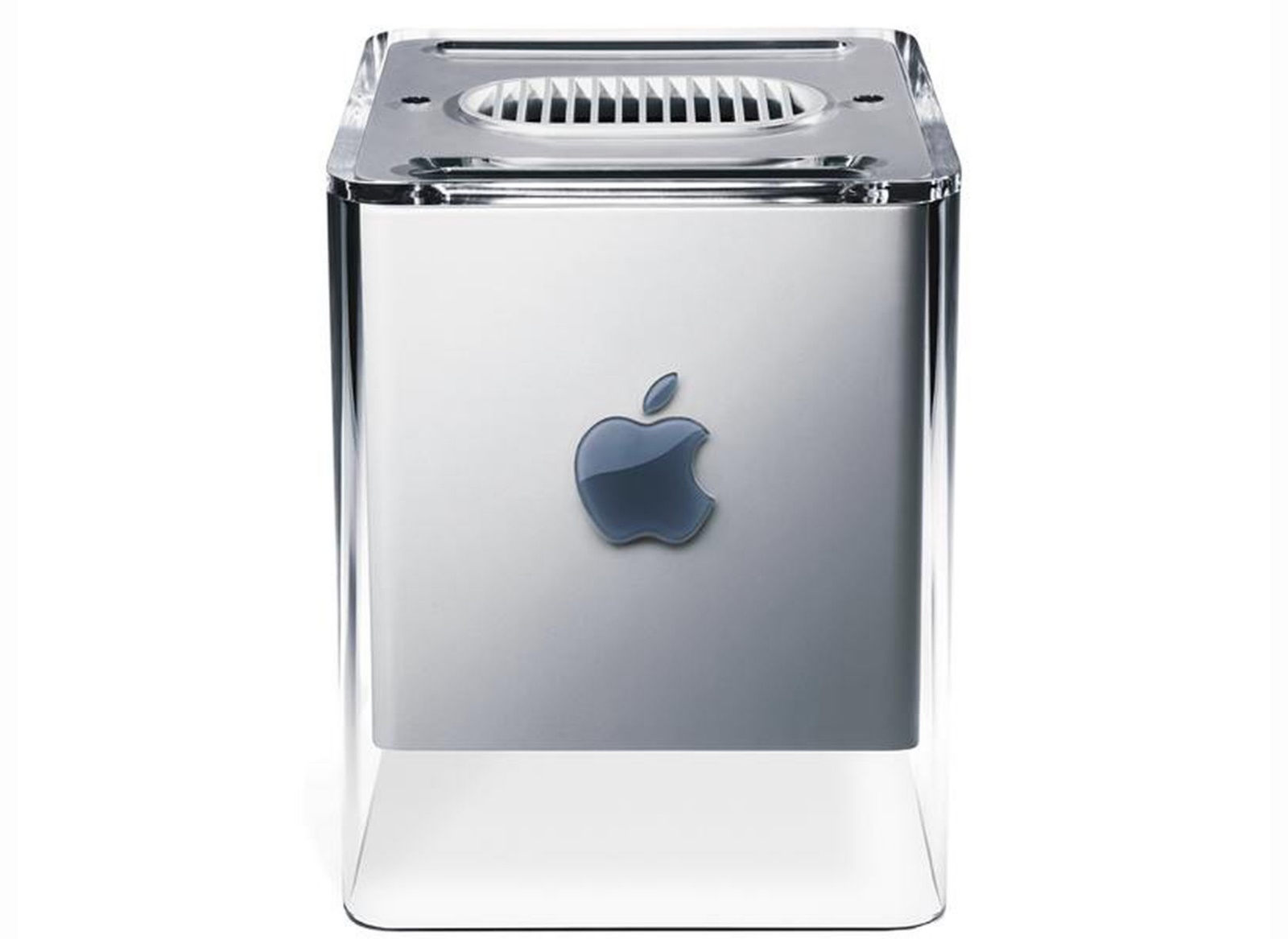 Along with the G4 Cube computer, Apple also unveiled a transparent monitor, speaker, mouse, and keyboard to provide a unified desktop for users. Still, there weren’t many hardware upgrade options for the Mac G4 Cube. At the same time, Apple announced the price of its glass device at $1,799.

The creation of various cracks in the body of the device and its high price was among the problems that G4 Cube. It caused G4 Cube to join the memories and become the most beautiful failure of Apple after a short time, despite the great enthusiasm of buyers.

The failure of the G4 Cube was profitable for Apple in many ways; Because the production and supply of this device and its eventual loss laid the foundation for the production of today’s Mac mini and Mac Pros. Currently, these devices are one of the most popular products of Cupertino’s after Apple MacBooks. 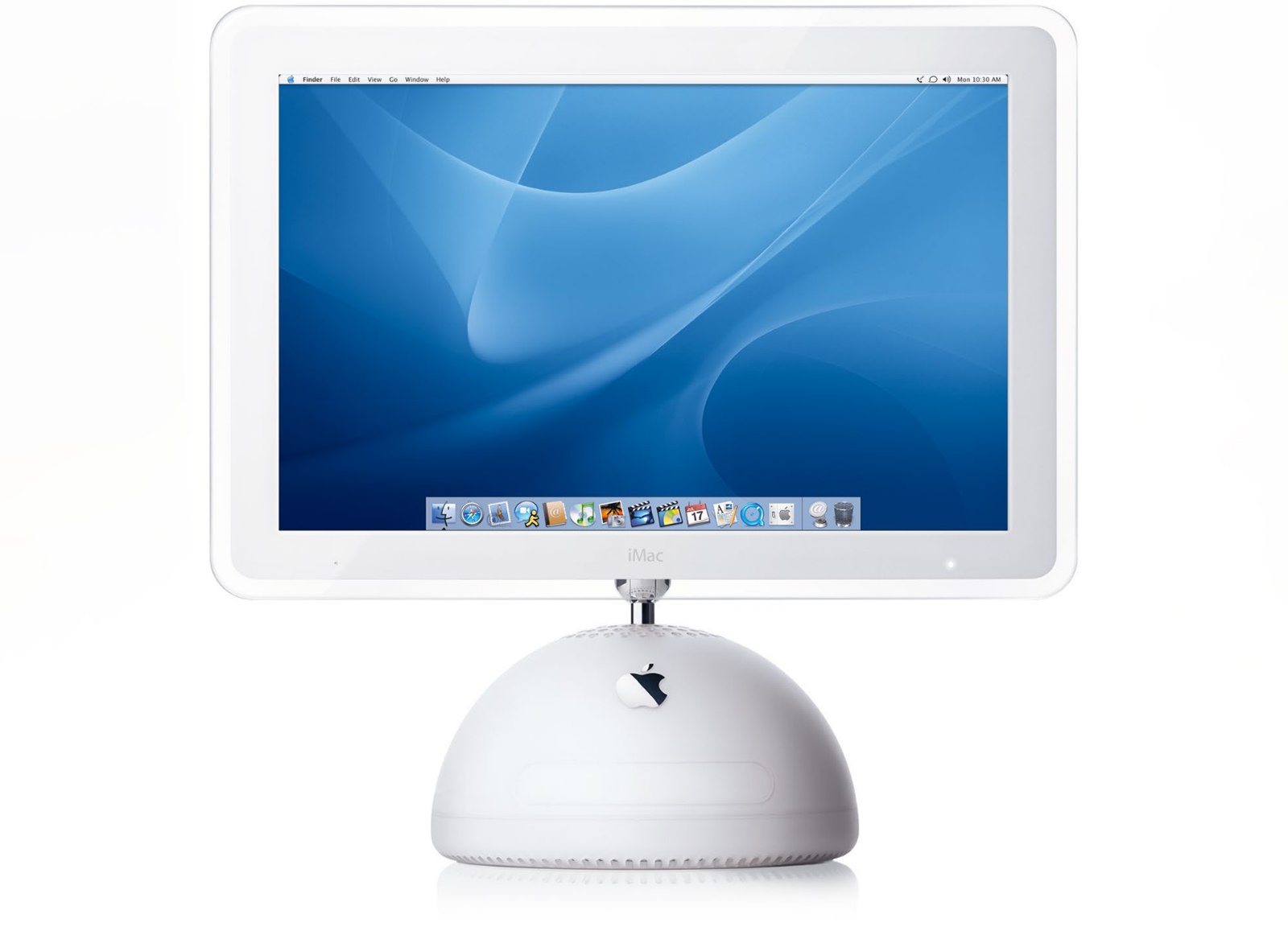 The iMac G4’s LCD panel was mounted on an adjustable arm above a hemisphere containing an optical drive and a fourth-generation PowerPC G4 processor. The iMac G4 was only sold in white and came with an Apple Pro keyboard and mouse. The manufacturer also offered optional Apple Pro speakers that were better than the device’s built-in speakers.

Although the iMac G4 was on the market for less than three years, it’s one of the most memorable iMac models in decades. However, it was not nearly as popular as its predecessor. It seems that involved its higher price was in this issue. 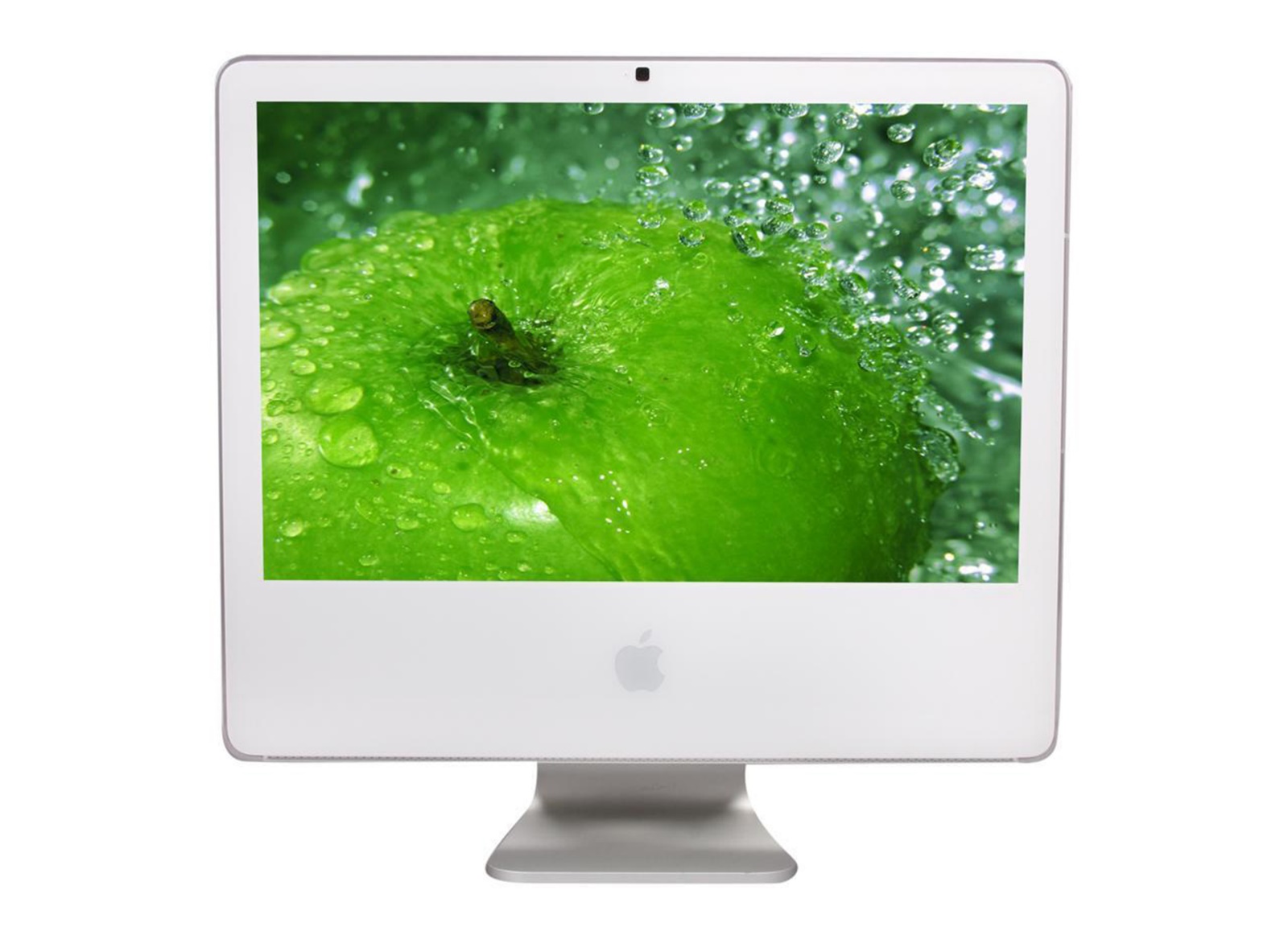 The iMac G5 was the first iMac model in which all internal components were placed on a flat panel. Also, this product was released for the first time on 17 and 20-inch screens. This device was the last iMac to use a PowerPC processor and support macOS 9 (Classic). In January 2006, this product was replaced by the first Intel-based iMac. 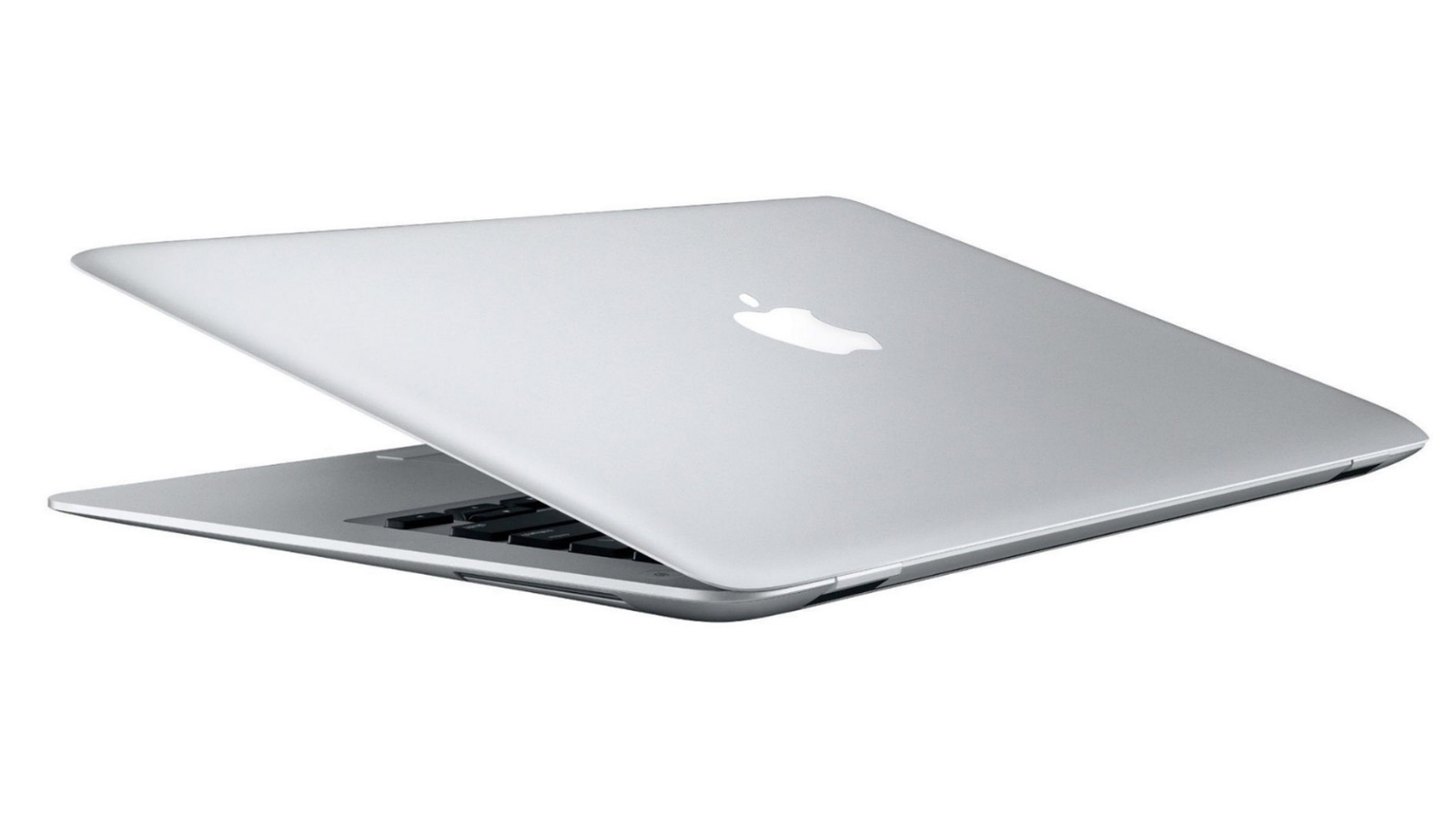 Over the years, Apple has released many exciting advertisements for its new products. Still, one that will always stick in the minds of fans of the company is the advertisement made for the first generation MacBook Air. In it, Apple takes out the world’s thinnest notebook (1.9 cm) from an envelope, causing many people to love this product.

The MacBook Air had an LED-backlit screen and a large trackpad. The attractive design of this product made us include it in our list.

The first Mac Mini was introduced in 2005 for consumers and business users who wanted a Mac but didn’t need extras like a keyboard, mouse, and monitor. Over the years, while the materials used for the Mac Mini’s body have changed, it is almost identical to the first model released nearly 20 years ago.

Along with the current Mac Pro, the fourth generation Mac Mini was also one of the last Macs equipped with Intel.

Perhaps the most controversial option on today’s list is the Mac Pro 2, as its fans are at two extremes. Some people believe this product has the worst Apple design and even compared it to the level of garbage. On the other hand, some still love its polished cylindrical design and believe such a design is innovative and exciting for a workstation-class computer.

Apple launched the second generation Mac Pro in black. In the meantime, a red version was also made and sold for the benefit of charity for nearly one million dollars.

Despite a lot of hype, the Mac Pro cylinder failed to gain enough success. As a result, it was discontinued six years after its launch, without a single hardware update in all that time. Regardless, its design will remember for a long time. 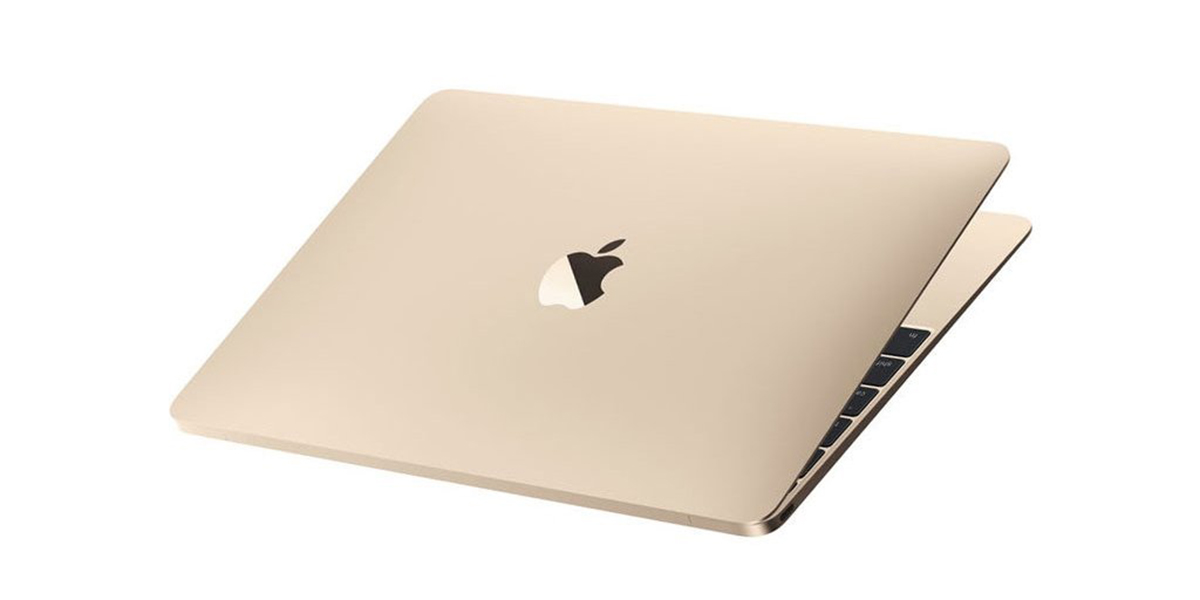 It can say that the 12-inch MacBook, first unveiled in 2015, has one of Apple’s most beautiful designs. This product was unveiled during Apple’s March event in 2015 as the slimmest MacBook ever produced. The 12-inch MacBook is a product from which the design of the current MacBook Air is borrowed. This product defined a new era for the MacBook family with its USB-C port and butterfly keyboard design. 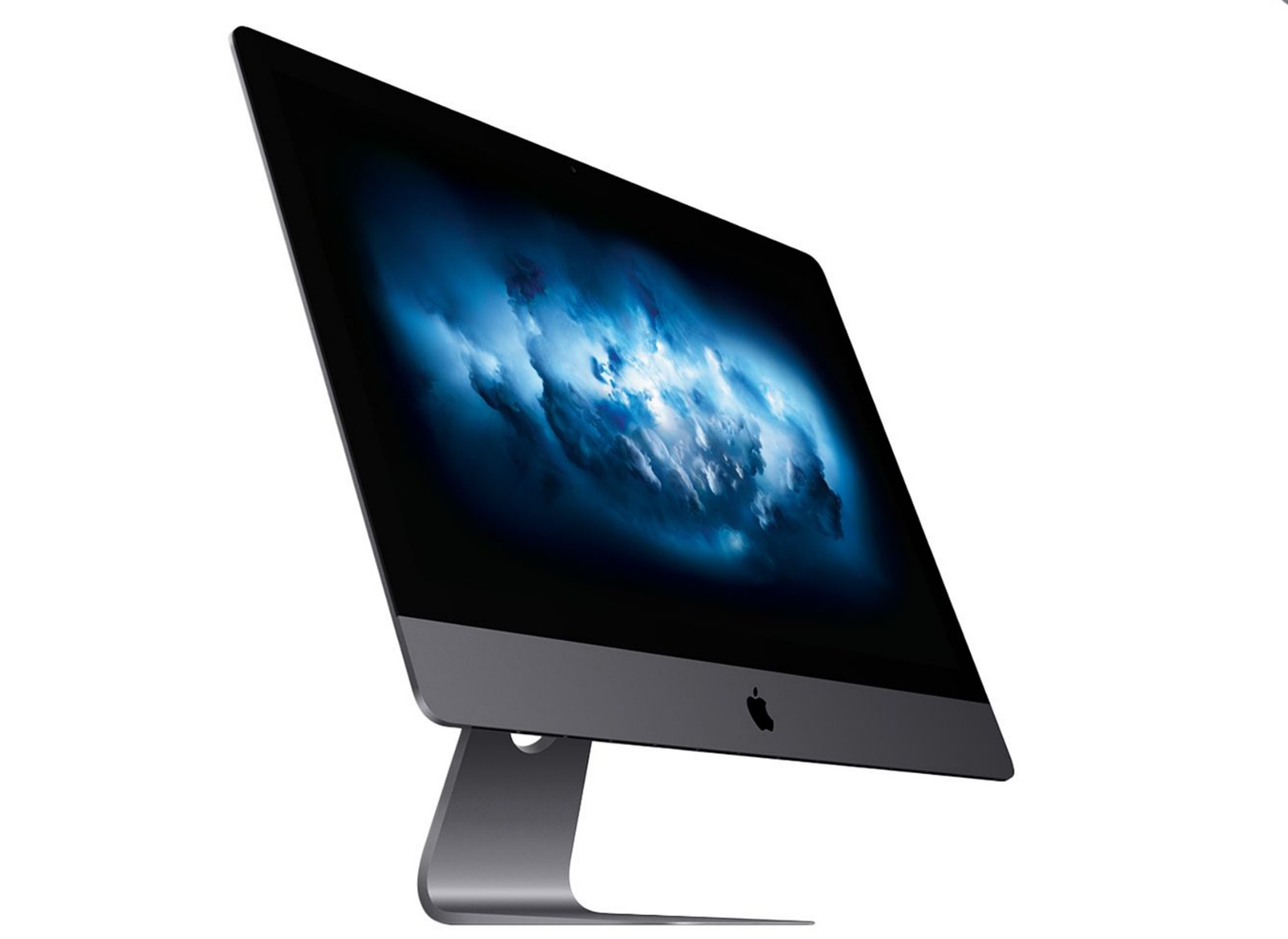 One of the reasons Apple failed to provide hardware updates for the second Mac Pro was an exciting product called the iMac Pro. Like the Mac Pro cylinder, this Mac also had a hefty price tag and didn’t see a hardware update during its lifetime.

However, it made this list because of its unique design. Unlike previous iMacs that came in white or silver, the iMac Pro had a darker gray color.

The iMac Pro has an 18-core Intel Xeon processor, a 5K display, and a custom Apple M2 chip for storing encrypted keys. The price of this product starts from 4999 dollars. Mac Studio replaced the mentioned device in 2022.

Now, Tell Us Which Mac, Apple In Your Opinion, Had A More Attractive Design Than the Other Models?