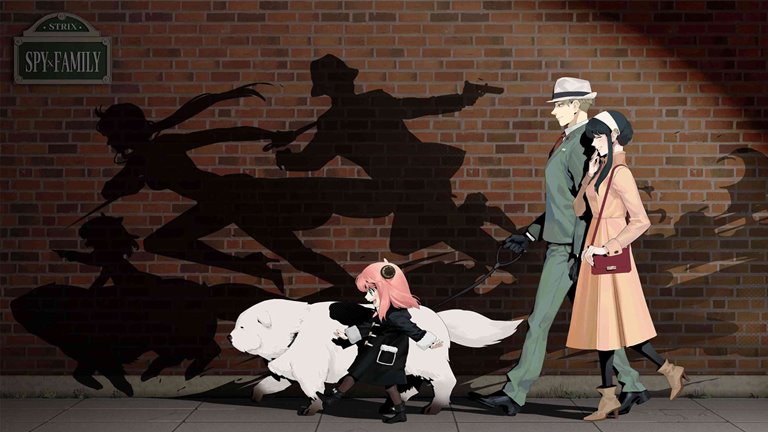 The First Season Of The Fascinating Series Of The Spy Family, Based On The Manga Of The Same Name, Has Been Well Received By Viewers.

The serial anime “Spy x Family” is an anime in the spy and action/comedy style and is a joint product of “Wit Studio” and “CloverWorks.” This anime was based on the Japanese manga series by Tatsuya Endo, who wrote and illustrated it.

The start of the first season of this anime goes back to April this year, and the second season was shown in October. Also, the author and director of this anime are Kazuhiro Furuhashi, known as one of the most prominent directors active in the field of anime. 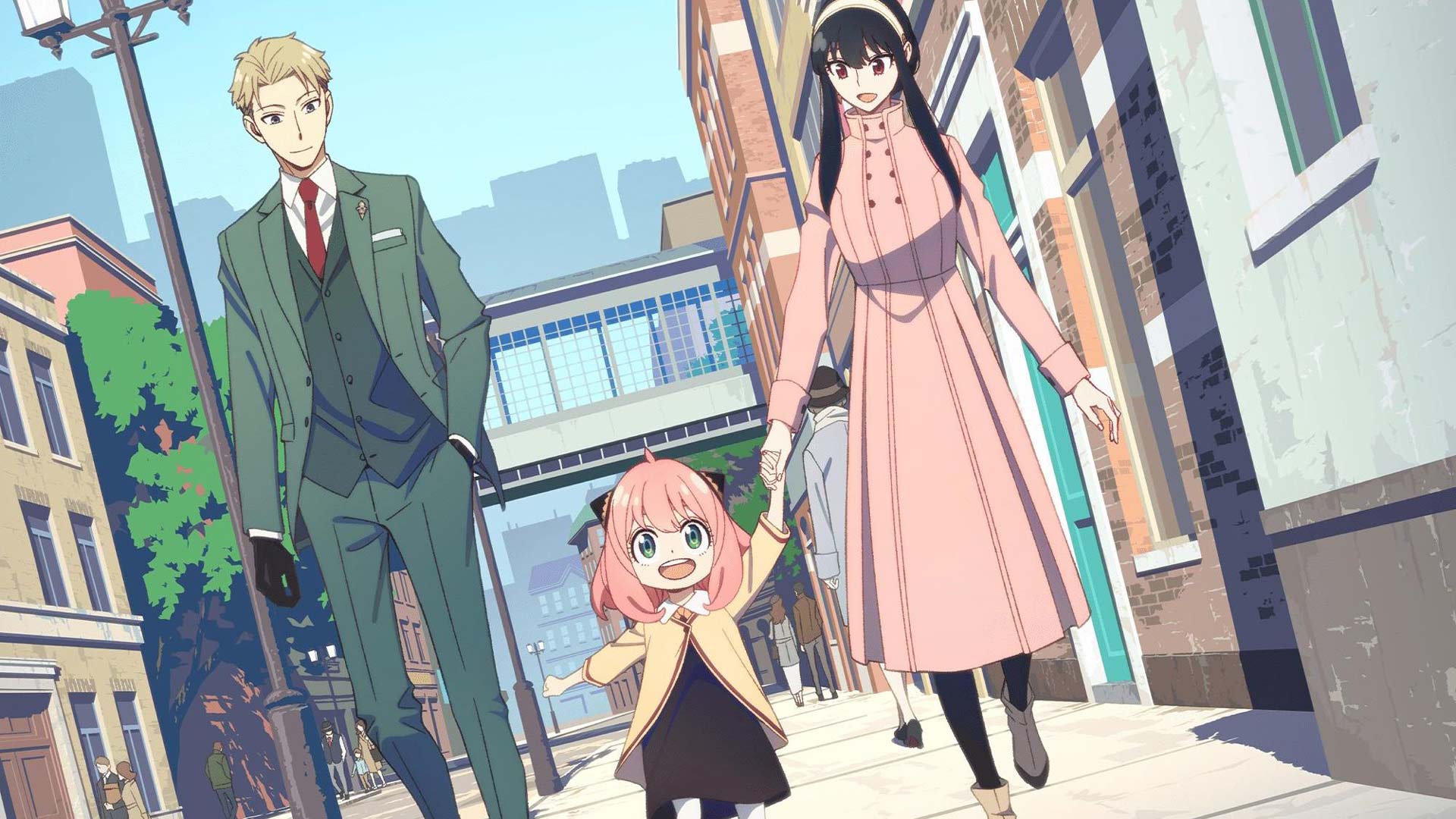 The story of this anime begins when there is peace in the world, and everything is in balance, but news of tension between the two countries, “Ustania” and “Vestalis,” is heard. To maintain peace between the two nations, Vestalis hires an expert spy nicknamed “Twilight” to carry out several vital missions to eliminate the risk of war and conflict and find a way to save the world.

He must complete his most challenging mission to maintain peace. Perhaps the main difficulty is that he needs a cover to carry out this mission, a fake family he can rely on to help keep the peace between East and West. He goes for the suitable options, unaware that his chosen wife is an assassin and his adopted daughter Anya is also a telepath.

Meanwhile, Twilight’s primary mission is to collect information about a prominent politician named Donavan Desmond ( Twilight ). Of course, there is also a fundamental problem: this politician is not very interested in appearing publicly. Twilight finally finds a way to fix this problem, but now she has to step into the role of a family man, and starting a family isn’t easy either.

Mainly because each of its members has secrets and doesn’t want to reveal them, however, as you may have already guessed, the emotional bonds formed between them overcome all the problems and turn a fake title into a real relationship based on love and respect. 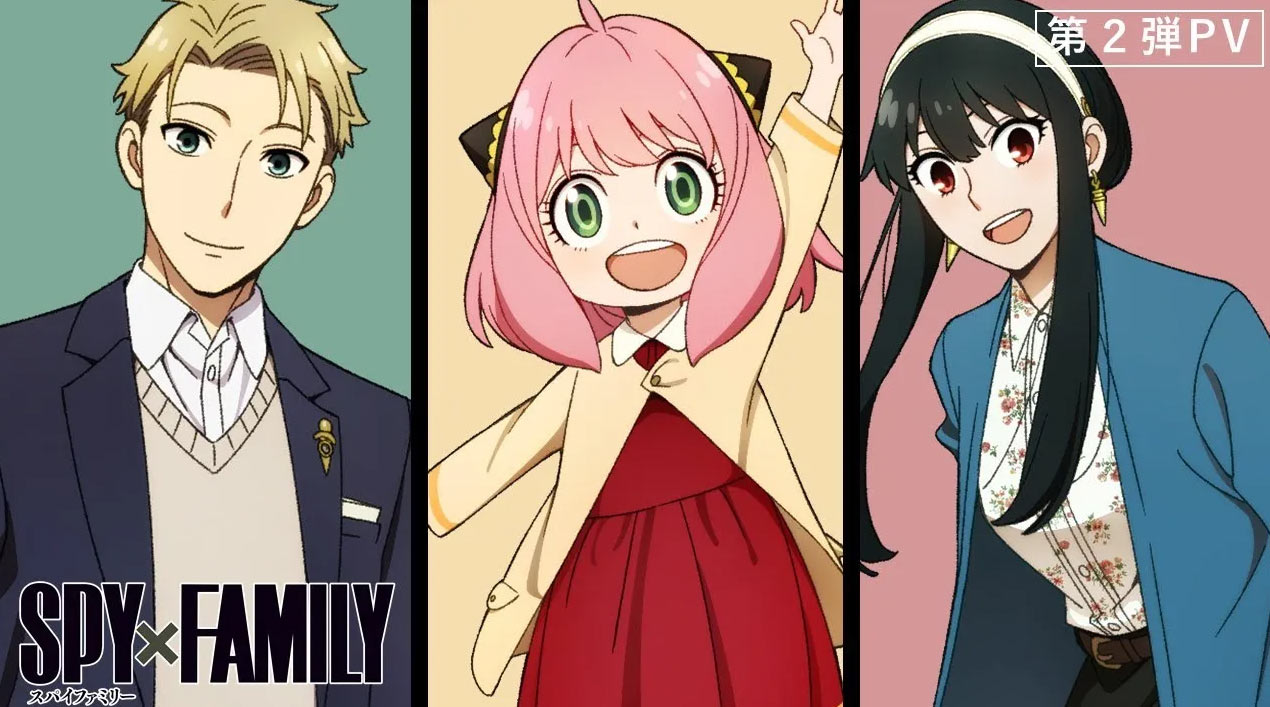 The first season of this fascinating anime continues its spy-centric story with a group of lovable characters trying to form a real family, making this unique series something different in the anime world.

Characterization and expansion of the plot are among the advantages that have strengthened the structure of this anime. Each member of the Forger spy family, with their unique characteristics, strengths, and weaknesses, is well introduced to the viewer and awakens a sense of identification in him.

On the other hand, the interaction of these three characters with each other has added to the charm and humor of the story. Also, even though each of these characters enters this new situation with a different purpose, the story’s process is such that the various motivations of each of them have been used to involve them as much as possible in the storyline. The highlight here is that the competent production team of this anime used interesting methods to engage the characters.

Further details of the story will be revealed.

While the main character of Twilight is only looking for a way to finish his essential mission, Yur or his so-called fake wife wants to stay away from the suspicious eyes of those around him and continue his work quickly and secretly, and Anya wants a child.

Be someone and have a family. The overall arrangement of this series is interesting in itself; the group of beautiful characters also added to the work’s charm. Especially the way each character interacts with the other characters is usually the creator of the best moments of this series. 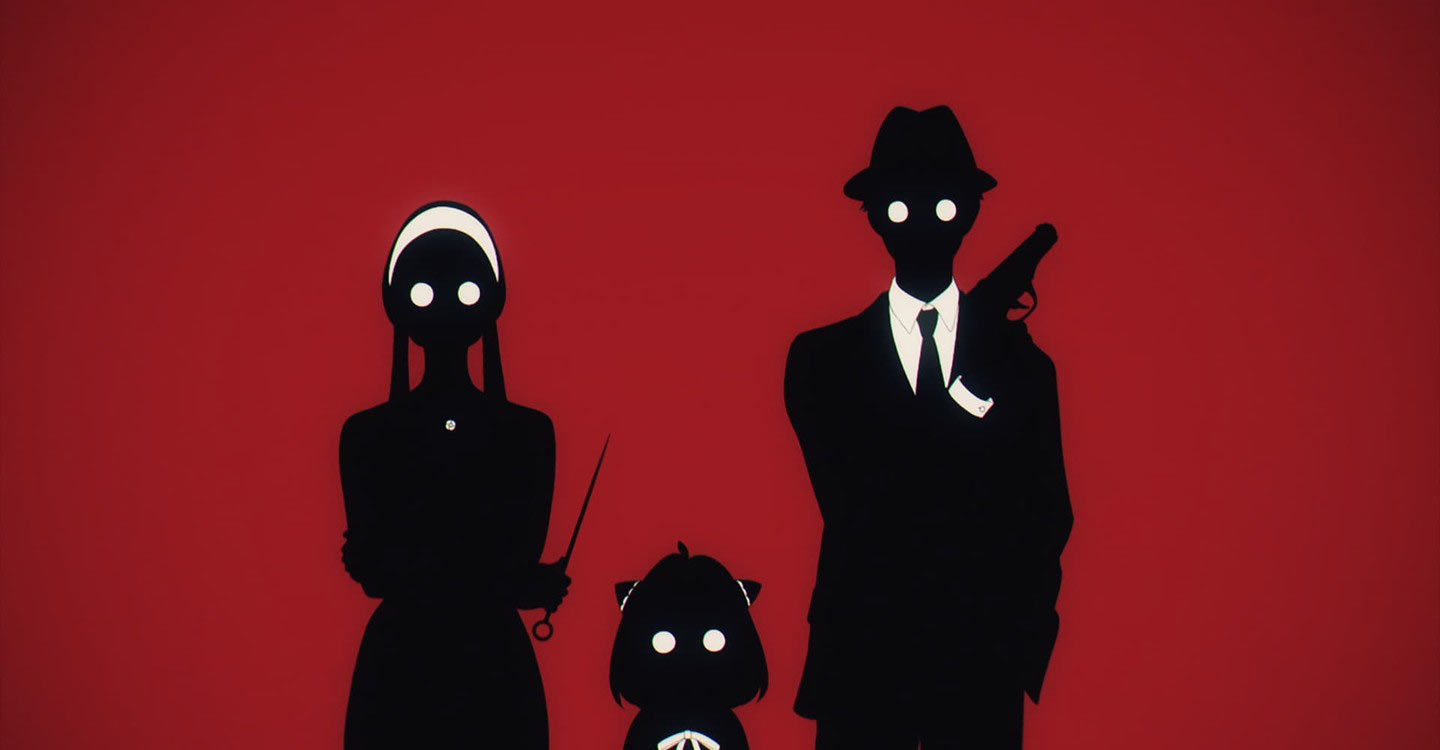 While the three main characters of this anime, Lloyd, Yur, and Anya Forger, all have strong and beautiful characterizations and help advance the story in the best possible way, unfortunately, some other characters are not as compelling and significant as they should be.

In the first season of the spy family anime, we are faced with several characters who have harmed the series process much more than helped the story’s progress. For example, Yur’s younger brother shows disturbing behavior and a strange obsession with his sister. Maybe that’s why this character isn’t very persistent and doesn’t encourage the viewer to know more about him.

But another remarkable thing about the story of the first season of the series “Family x Spy” is how the production team has combined the prominent elements of the spy world with the more trivial issues of ordinary people’s lives.

In other words, the point of intersection of these two elements has caused the formation of a special and unique humor that is interesting in its way.

Perhaps the most prominent example in this regard is Anya’s character. Despite his young age, he is well aware of what is happening around him, thanks to the power of telepathy.

This makes for some great moments of humor as he tries to help his new father in any way he can to do his job well. But Anya is a child and does this with childish thinking and looks, creating some hilarious moments. Especially since Twilight doesn’t know about Anya’s power, and as a result, Anya’s efforts become even more remarkable. 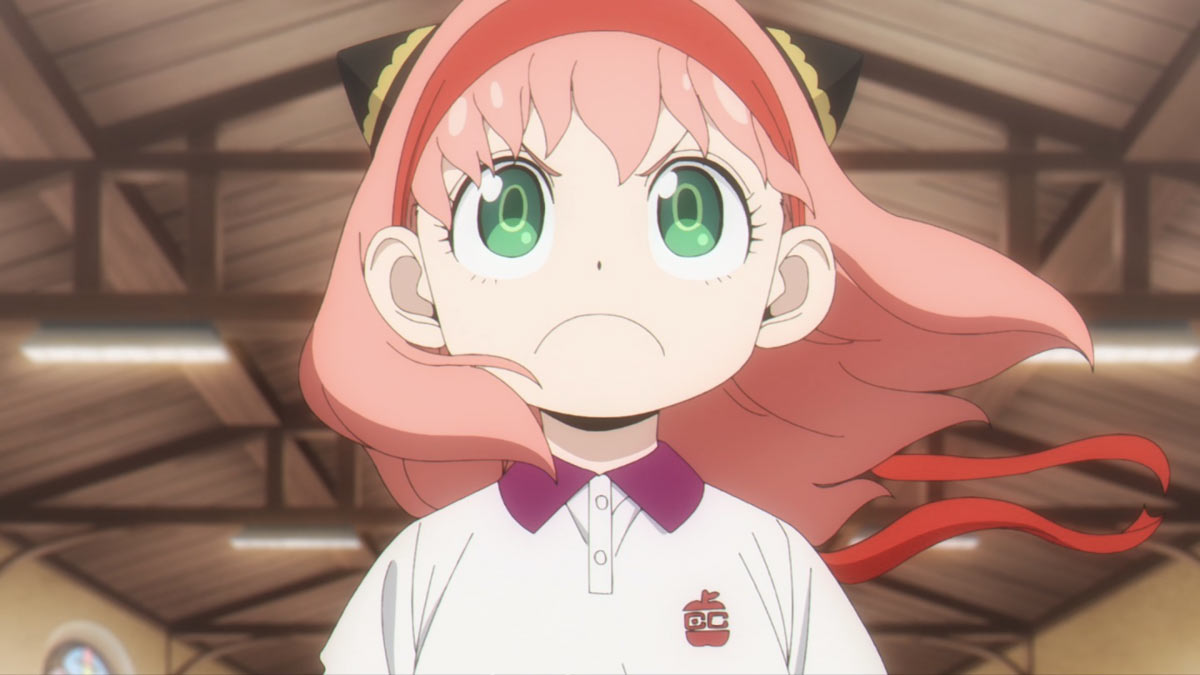 In general, the atmosphere of the spy family anime has a palpable softness and tenderness. A comedy that flaunts its strength with the remarkable visual presentation of its characters, especially Anya, while at the same time, it does its best to display a unique sense of style and talent with its action sequences.

The successful use of various elements has made this anime one of this year’s best works.

On the other hand, the production team succeeds in connecting these two perspectives so that this intersection never confuses the story. They form a good relationship that fascinates the viewer.

Of course, along with all these positive points, some shortcomings should also be mentioned. For example, Anya is the most popular of this series’s main characters. For this reason, Anya’s presence is even more impressive than the two characters of Lloyd and Yur, making this anime sometimes resemble “Anya’s show.”

Too much focus on this character has also sometimes led to losing the opportunity to have a more substantial presence of Lloyd and Yore. Another thing is that Anya uses her power to get closer to Lloyd and Yuri and to do her job better. In other words, she relies too much on her passion, so maybe it would be better for Anya to try to get the following reward without using her mind-reading ability. 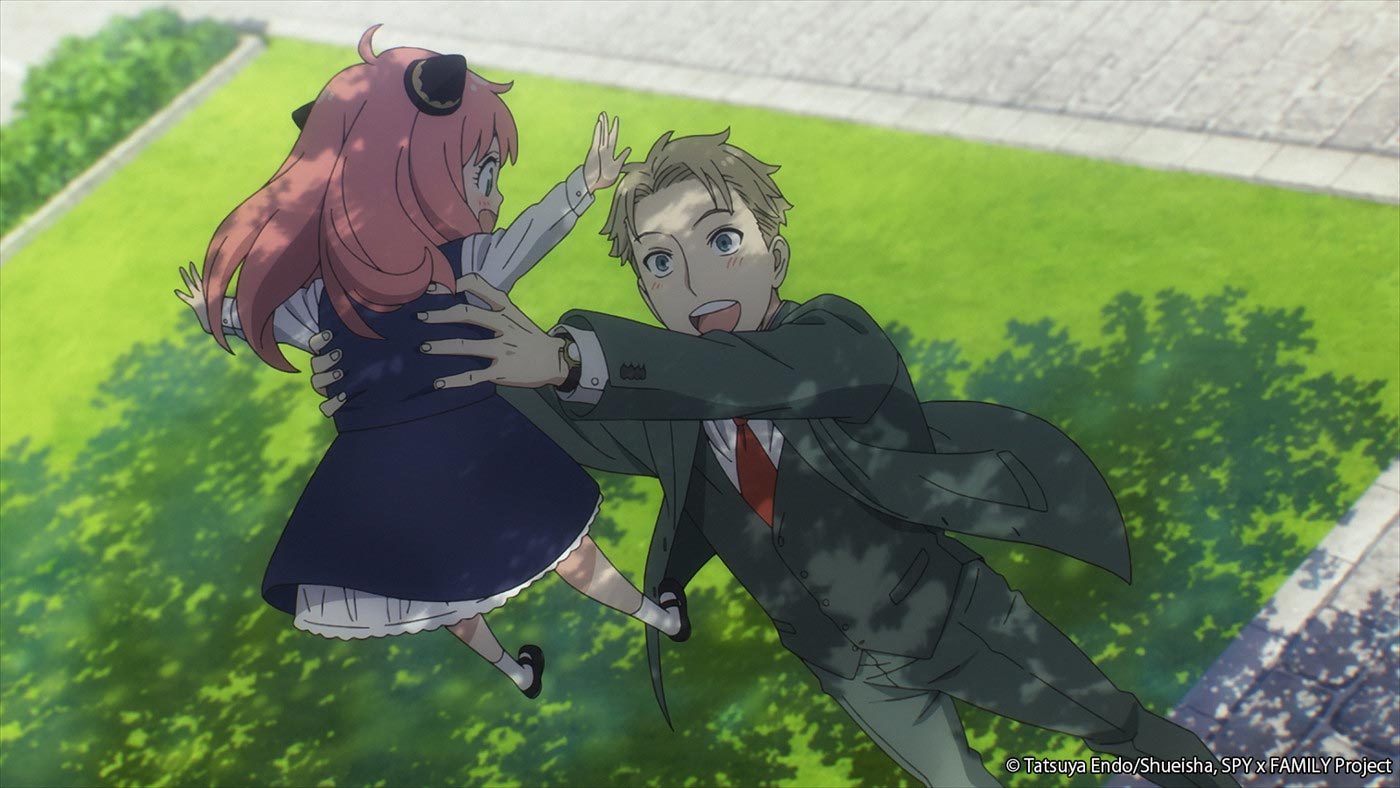 Looking at the past works of the two studios, Waite and Claverworks, it is clear that they have a particular skill in presenting great images. The characters shown are fresh and refreshing, and the use of CGI technology for background characters, props, and architecture is also noticeable; however, this use is never so much as if the anime were immersed in them. All in all, both studios succeeded in their mission to create remarkable work.

The Spy Family anime is an action comedy with enough twists to keep fans engaged. However, it seems that due to the anime’s heavy focus on the crime side of the story, Lloyd’s character is under a lot of pressure, making him take many risks.

Lloyd must always be careful because a simple mistake can cost him his job and his life. Finally, the spy family anime is an outstanding work, so it can be said with confidence that this anime is one of this year’s best works.

Charm, humor, and adventure together have formed a pleasant and unique combination that makes us see the name of this anime in the list of the best anime this year. 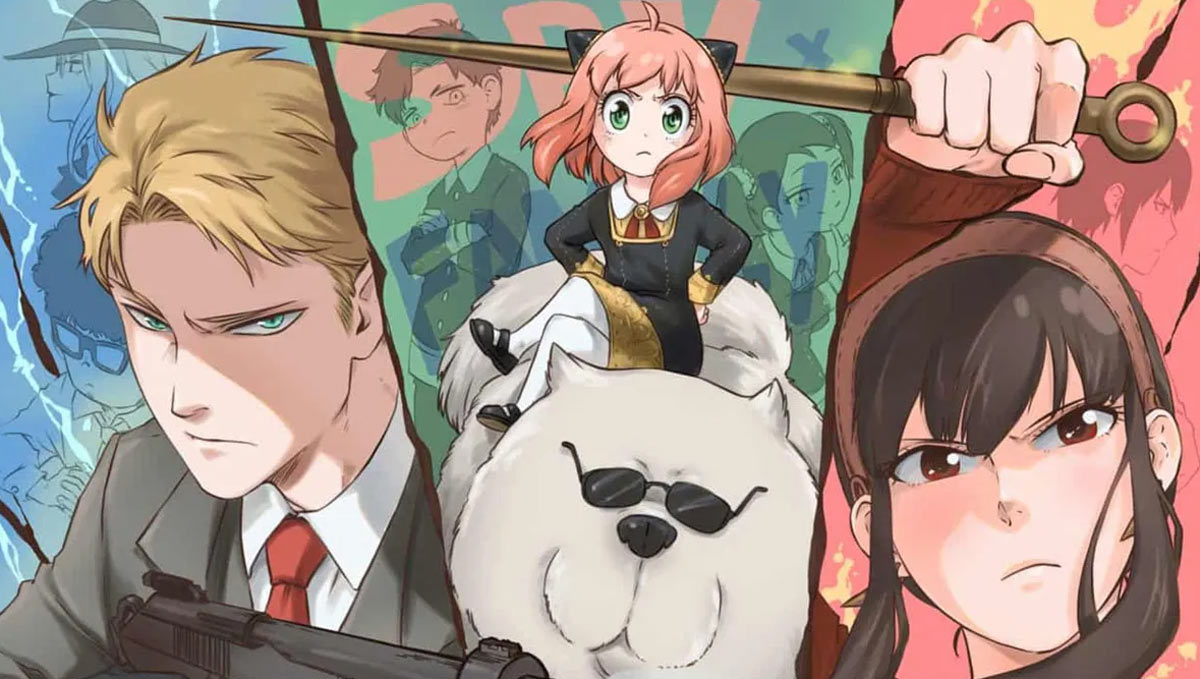 In the end, I hope you have enjoyed this review and companionship. Did you get a chance to watch the fascinating spy family anime? Do you think this anime can take place in the list of the best anime works? What do you see as the strengths and weaknesses of this anime? We are happy to share your valuable views with us.