The Inability Of Scientists To Find Many Of The Dinosaur Fossils Means That Many Of The Mysteries Of Dinosaur Life On Earth Will Never Be Revealed.

The study of dinosaurs has made remarkable progress over the last 20 years. The discovery of a large number of all-feathered dinosaurs, for example, provides us with irrefutable evidence of the evolution of birds from their non-bird ancestors. We also have fossils that have preserved the ancient patterns of these extinct animals.

About 50 new dinosaur species have been identified and named each year in the last two decades. Recent studies on the behavior of dinosaurs, ecology, sex, physiology, brain structure, hearing, and many other characteristics of these creatures have been done, and many secrets have been revealed. These achievements are precious data treasures, and new research methods have formed more exciting and astonishing insights into these creatures.

Whether we like it, we must accept that the dinosaur fossil record is incomplete. Despite all the advances that have been made in the study of dinosaurs over the past two centuries, there are still countless things we do not know about them.

For example, we may have ideas about the true colors of several dinosaurs; But these are just a handful of dinosaurs; A number that may not even be reliable and generalizable representatives of their species; What if scientists wanted to draw accurate conclusions about the color of other species from their color?

Scientists worldwide have conducted careful studies of how the Tyrannosaurus Rex stands, walks, runs, and rotates, and these studies are inherently valuable and forward-looking. But the fact is that such studies have not been done even for 30 other species of tyrannosaurs; Needless to say, the situation of many different groups of dinosaurs has been much worse.

It is not about the shortcomings or help of scientists; They have no evidence to investigate!

On the other hand, such gaps and shortcomings may fill with new findings.

Think of some of the strangest animals in the world. Here we are talking about animals that do not look much like their close relatives Or a member of a group of an extinct or missing family from a long time ago.

It`s Giant tortoises, sea iguanas, and ungulate cormorants in the Galapagos Islands; Kiwi, Kakapo, and Tuatara in New Zealand; Hawaii rails, which were a kind of gutters and had, unfortunately, become extinct; Extinct lemurs and elephant birds in Madagascar. There are numerous other examples, not all of which can be covered in this article.

You may be wondering what all the examples in this confrontation have in common: Why are these species extinct? Scientists usually point to some ideas here. What they have in common is where they live. These creatures often inhabited the islands, Islands that are traditionally both volcanic and far from other landmasses. Another interesting point is that these islands are often tropical.

Islands of this kind are places where isolated populations can make exciting changes by staying; Because small groups evolve under unusual conditions.

They are often immune to some of the constraints of competitors and predators. This can make it possible for them to survive if they become extinct or become extinct elsewhere, splitting into more diverse branches and new forms and Unusual of their kind. 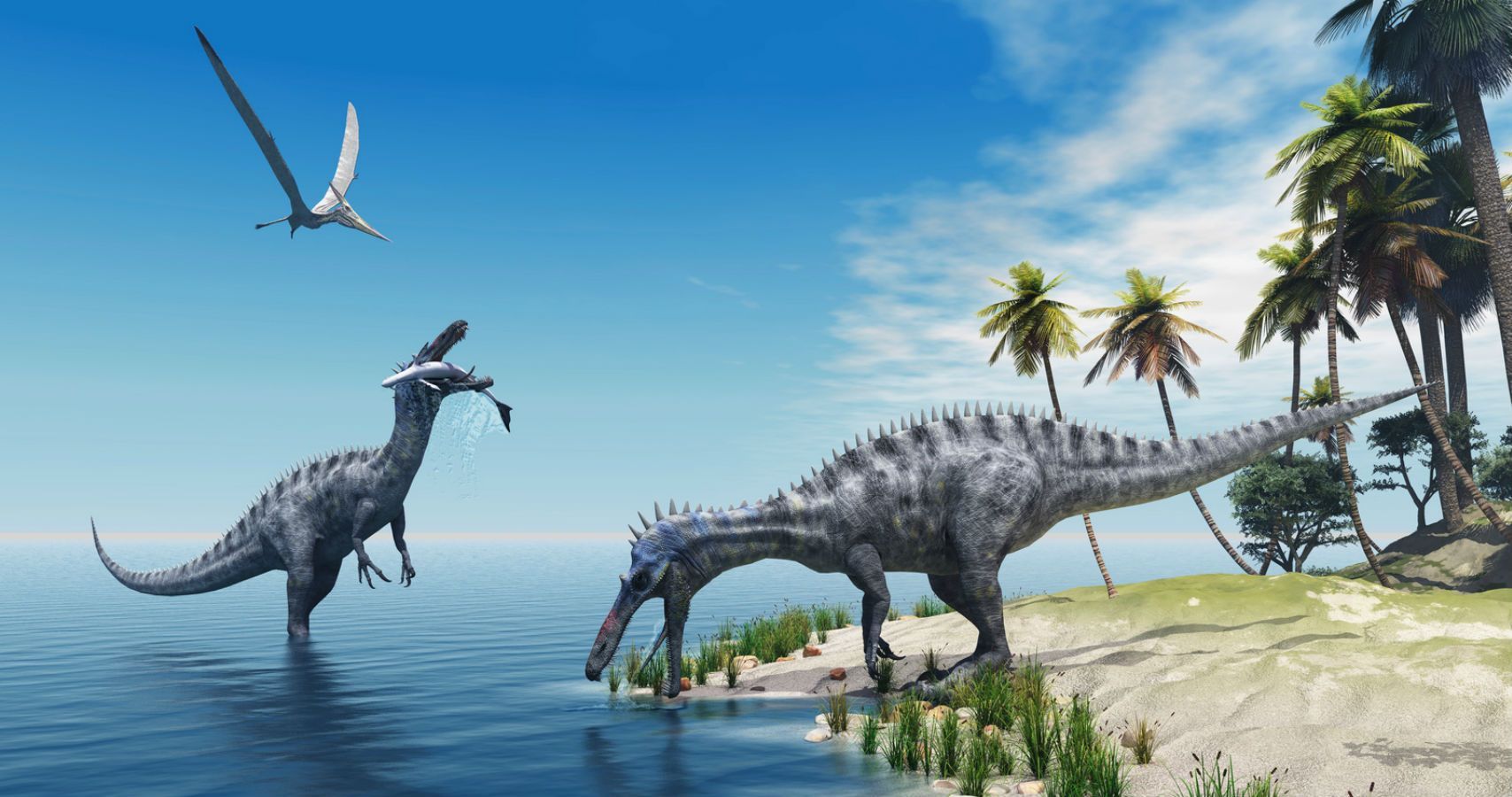 But the main problem is that such environments are very unsuitable for the formation of fossils. Small pieces of land on land probably have a limited number of large rivers and lakes with large mudslides for burying animals. The tropics have a very high decay rate, so dead bodies often do not last long enough to be buried and follow the usual fossil formation path. Volcanic islands can quickly go underwater and be affected by tectonic activity.

Therefore, and putting together the reasons we have given, we can clearly say that it is doubtful that such places would be at such a level that archaeologists could see them, for example, 100 million years later.

Perhaps with this current knowledge about dinosaurs, they are thought by most of us to be very mysterious and beautiful creatures. But the fact is that the dinosaurs were much stranger and more interesting than what science is aware of today.

They almost certainly produced much more exciting and unusual animals on all the islands in the Mesozoic era (about 252 to 66 million years ago); But we are unlikely ever to be able to find them; Because the fossils of such a group of creatures of that era were either never formed, or if they were created, they were on islands that are now extinct and inaccessible.

Our knowledge of the evolution of animals on the islands is sufficient to say with certainty that more bizarre dinosaurs have appeared in these places. Similarly, our understanding of fossilization processes tells us that it is unlikely that we will be able to access fossils from them in the future; And that has nothing to do with more effort and more digging.

We have learned a lot about dinosaurs over the last two centuries, and more is yet to come.

However, there are some fascinating scientific gaps and holes that we will never be able to fill. Dinosaurs are likely to be considered one of the most mysterious creatures that have ever lived on the planet for generations to come.