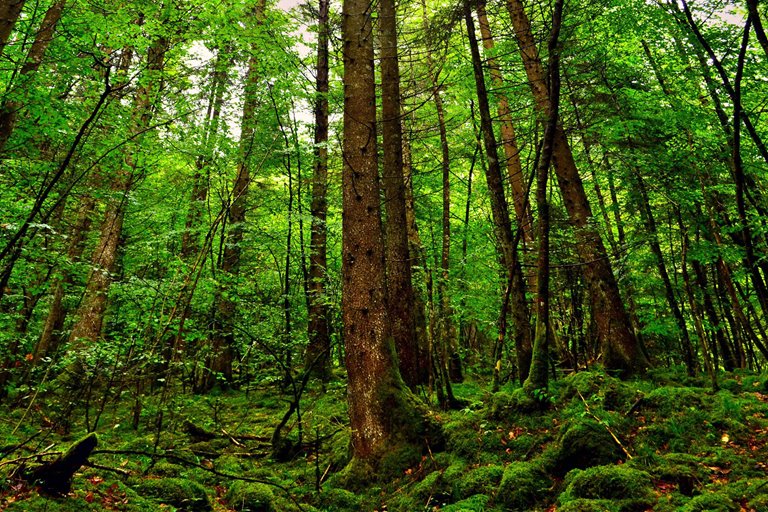 Trees, Like Other Living Beings, Have Ages And Developmental Stages, But When Exactly Did The First Trees Appear On Earth?

From the tallest plants on Earth in the redwoods of California to the giant trees in the Amazon rainforest, forests seem eternal. Still, like any living species or ecosystem, they also have a birth date. Although plants appeared on Earth about 470 million years ago, trees and forests date back to 390 million. According to Chris Barry, a paleontologist at Cardiff University in the UK, during this period, the genetic prerequisites for the formation of trees slowly evolved, and thus trees dominated other plant species.

In 2019, Barry and his colleagues reported the discovery of the world’s oldest forest in the journal Current Biology. According to the evidence from this forest in Cairo, New York, the components of trees and forests, including wood, roots, and leaves, appeared among the dense plant population about 385 million years ago in the Devonian period, earlier than predicted. 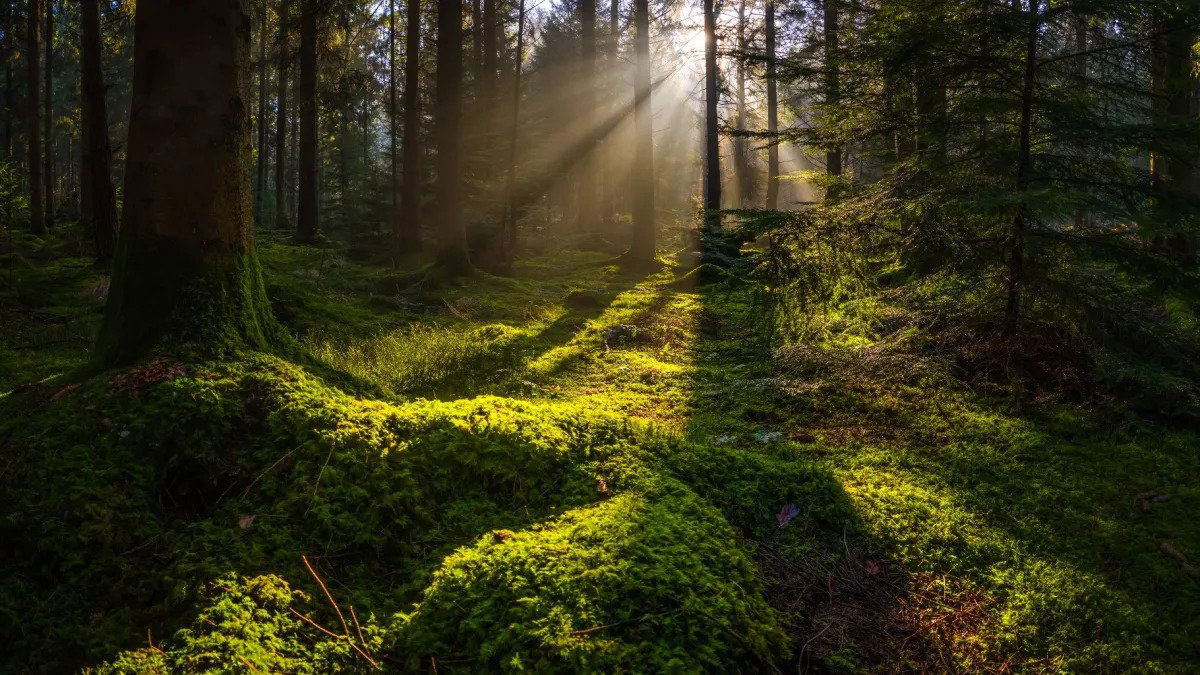 Forests evolved millions of years after the first plants appeared on Earth. At this time, roots and branches were formed, and adjusted their carbon dioxide level.

The site of Cairo is a source of fossilized roots of ancient trees.

These roots showed when trees appeared on Earth.

We do not see the fossils of the trees, but we see a map of their location. As a result, we understand the ecosystem of the forest.

The fossil map includes archaeopteryx, an ancient plant with woody roots and large leafy branches similar to modern trees. The findings of this tree were published in the Binghamton University of New York report. The growth of early forests depended on the evolution of the components that define the tree. According to Barry:

I think the main driver of forest growth is related to evolution. For example, we can mention the development of anatomies that enable more complex branching. Such anatomies emerged during the evolution of plants. 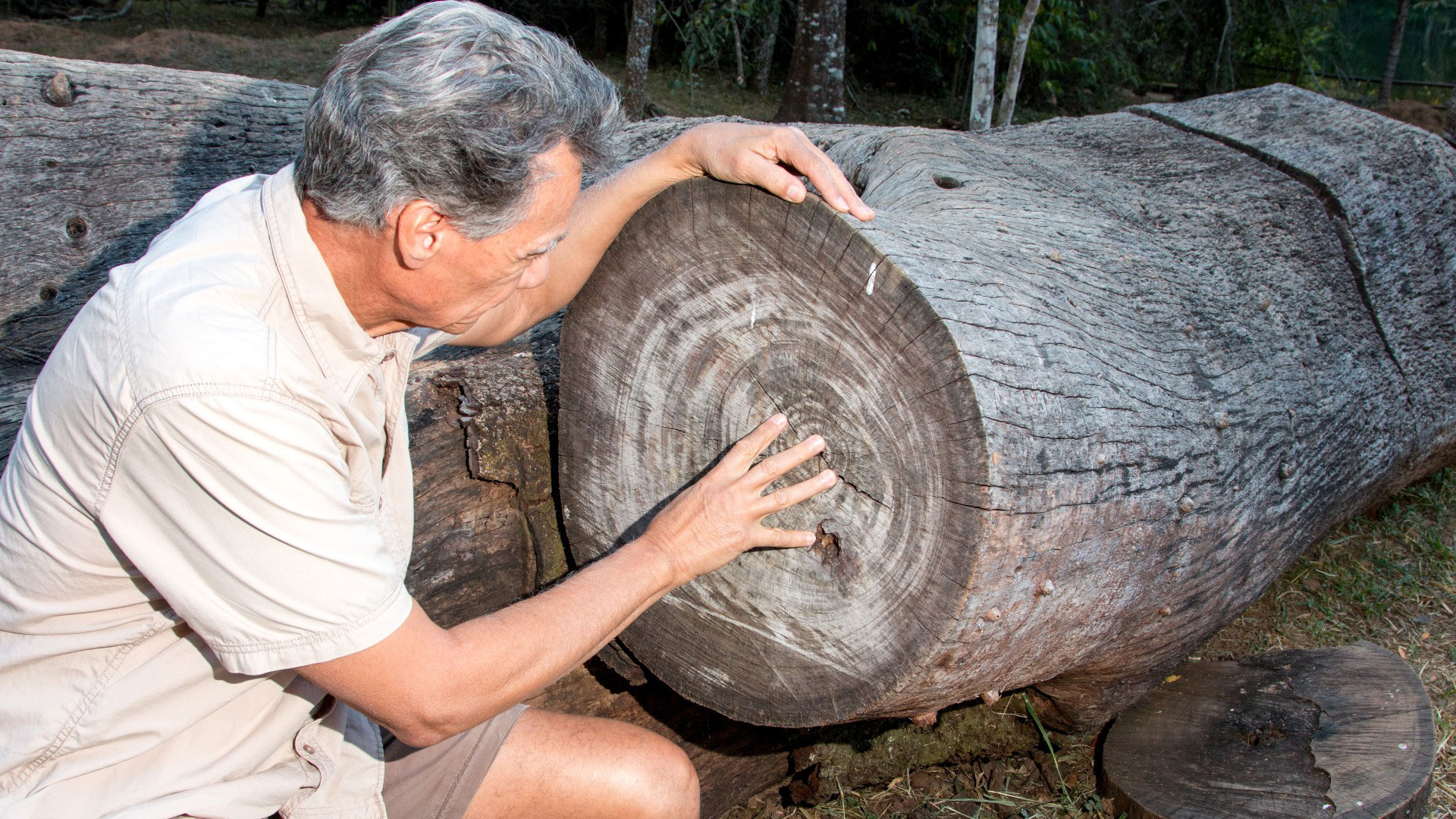 Here you see a man examining cut tree rings. With this, he wants to estimate the age of the tree.

Early branching systems developed in the Silurian (443.8 to 419.2 million years ago) before the Devonian. According to two reports from the Brooklyn Botanic Garden, the first roots appeared in the early Devonian. Then the trees acquired new capabilities such as growing more than their competitors and absorbing sunlight.

Some environmental changes also played a role in the emergence of tree characteristics. Modern megaphylls, or large leaves known by their branching veins, can grow significantly and absorb more sunlight than their predecessors. According to research published in Nature in 2001 and the documentary Eons in 2021, these leaves first appeared about 390 million years ago but were small and then became typical leaves about 30 million years later in the late Donovan.

. These leaves absorbed too much sunlight and overheated. The decrease in carbon dioxide levels during the Devonian period benefited the megaphones. Thus, reducing this greenhouse gas caused the planet to cool down. As a result, with the increase of leaf openings, the megaphylls absorbed a higher level of carbon dioxide, and finally, these leaves helped the evolution of the forest.