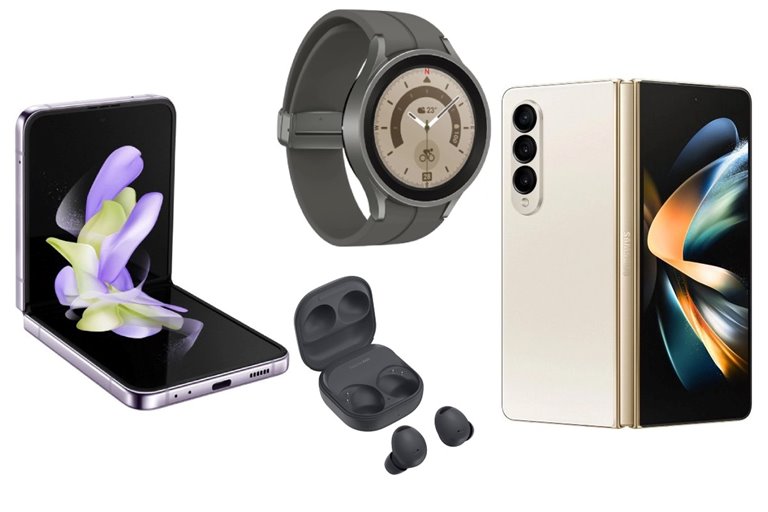 At Its Next Unpacked Event, Samsung Is Expected To Unveil The New Generation Of Z Flip And Z Fold Series Smartphones And The Updated Model Of The Galaxy Buds Pro Headphones, Among Other Products In Various Colors.

Samsung’s Unpacked 2022 event is just a week away, and now the list of all the products expected to be announced at the event is available. Legendary tech leakster Evan Blass (Twitter handle evleaks) has released quality press renders of the Galaxy Z Flip 4, Galaxy Z Fold 4, Galaxy Watch Series 5, and Galaxy Buds 2 Pro in all colorways.

It is not the first time that press renders of upcoming Samsung products have been leaked. However, seeing all these images together, in all color schemes, looks fascinating. According to SamMobile, Galaxy Z Flip 4 will be available in black, purple, light blue, and rose gold colors.

This phone will be very similar to its previous generation in terms of design, so apart from the software features and the official price of this product, it doesn’t seem like there is any other unknown point about its capabilities. Next, you can see press renderings of different colors of Galaxy Z Flip 4.

Galaxy Z Fold 4 will also be in beige, black and gray colors. It seems that the design of the camera and the overall appearance of this device will not change much compared to its previous generation. However, according to rumors, this foldable phone will have a thinner and lighter body than the Z Fold 3. In addition, we expect the primary cameras of this device to be upgraded.

The Galaxy Watch 5 Pro will replace the Galaxy Watch 4 Classic and is expected to offer a three-day battery life. However, the ability to rotate the screen edge will remove from this product. In addition, according to recent reports, this product will support 10W wireless charging technology, which can charge about 45% in just 30 minutes.

The standard Galaxy Watch 5 will also be available in at least six colors, including purple, graphite, gray, light blue, rose gold, and white.

Although the Galaxy Watch 5 and Galaxy Watch 5 Pro will use standard-sized bands, Samsung will offer other official replacement bands for its next-generation smartwatches.

The next generation of Samsung’s high-end wireless headphones, Galaxy Buds 2 Pro, will only be available in three colors: black, purple, and white. These headphones are expected to benefit from active noise cancellation (ANC), improved sound quality, and more extended battery lifethano than their previous generation.