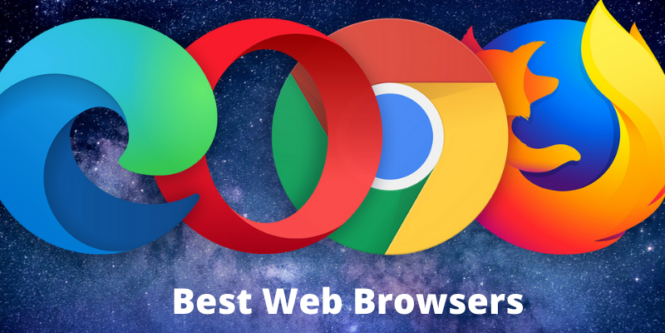 Which browser do users of desktop and mobile web platforms go to the most? Does Chrome have as many users in the mobile world as it does on the desktop?

It has been a long time since the birth of the world’s first web browser, and despite countless changes in the technology industry, web browsers are still our main way of connecting to the vast amount of data, articles, and videos that make up the modern web.

Today, Google Chrome has become the main browser of many Internet users.

Understanding which browser is the most popular browser on the market is not an easy task. Many research companies, such as NetMarketShare and StatCounter, claim to have good information, but their data is changing .

The US Federal Reserve’s Digital Analysis Program (DAP) provides statistics on visits to US government websites over the past 90 days, and the statistics are regularly updated.

US Digital Analysis Schedule data does not provide comprehensive information on the use of web browsers worldwide, but it is the best information we can obtain about US web browser users.

Last year, that number was 49.3 percent, which means that Chrome’s share has dropped slightly, but this drop does not mean that the popular Google browser will lose the first place.

As ZDNet reports, the decline in Google Chrome browser share is not the result of the sudden popularity of another web browser. Frankly, Google Chrome has an undisputed rule of thumb on the desktop platform.

However, in the last 12 months, the use of smartphones to connect to the web has increased significantly compared to computers.

In 2019 and 2020, almost half of all web browsing was done by smartphones (50 percent of phones and 46.9 percent of computers; the remaining 3.1 percent went to tablets).

Another browser that is important in smartphones other than Safari and Chrome is the  Samsung Internet browser (with a share of 2.6%) and Android Webview (in general).

Surveys show that Apple iPhones are growing rapidly in the US market. Last year, only 29.5 percent of the phones used by people were iPhones, and 23 percent used Android-based phones. With 34.6% iPhone and 24.5% Android, Apple phones are now more popular in the US market than ever before.

Let’s go back to the discussion of web browsers. Google Chrome is much bigger than it looks at first glance. The Chrome open source engine, Chromium, is the same engine used by Microsoft Edge.

Edge is now the third most popular browser with five percent market share. With the exception of Mozilla Firefox, all major browsers, such as Vivaldi, Opera, and Brio, use the Chromium engine.

Firefox ranks fourth and does not perform well.

Over the past 12 months, Mozilla Firefox’s share has fallen from 3.6 percent to 2.7 percent.

In 2015, Firefox had an 11% market share. A year later (in 2016), Firefox’s share fell to 8.2%. In 2018, Firefox was able to experience slight growth and increase its share to 9%. Mozilla has been forced to lay off some of its employees due to the current situation.

ZDNet expert says that with this situation, Firefox will probably become one of the least important web browsers in the future.

Chrome rules the desktop and Safari rules the mobile; No other statistics matter

The most popular version of Internet Explorer is IE 11, which is still supported. IE 7, which has not been supported for more than four years, accounts for 0.2% of the total web browser market.

In short, Internet traffic in the desktop world today is owned by Chrome, and in the mobile world it belongs to Safari. No other stats are as important in the browser market as these two.