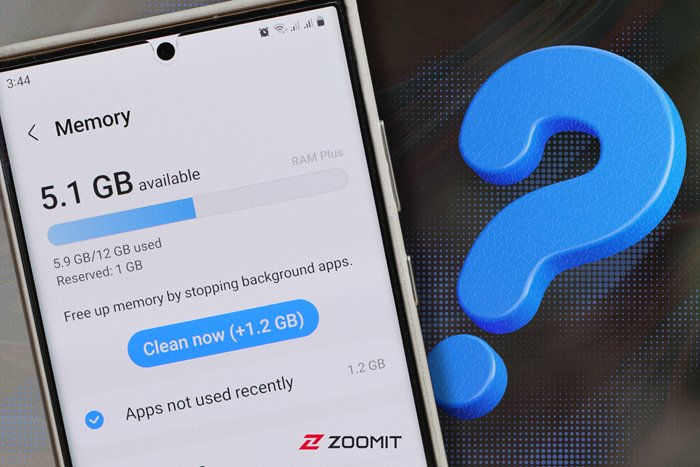 RAM In Smartphones Is One Of The Most Important Criteria That Should Be Considered When Buying These Devices; Nowadays, having enough RAM In A Smartphone Is Very Important.

What is this random access memory? What is its function, and why is it important? Today, many smartphones have a large RAM capacity; however, for some versions, manufacturers consider even more capacities than regular computers to increase the performance of each phone as much as possible.

What is phone RAM?

RAM (abbreviation of Random Memory Access) or random access memory is a space to access the ongoing operations of phones or computers, which increases the speed dramatically. The RAM stores data related to recently executed and continuous processes to make this data available to the processor whenever needed.

RAM is hundreds of times faster than the storage memory of smartphones or computers, and the higher its capacity, the faster the execution of programs or device activities. Today’s smartphones usually use 4 to 12 GB of RAM, a relatively large capacity. A mobile phone with more RAM can easily store more data and make it readily available to the processor. Turning off the mobile will delete the data stored in the RAM.

The operating system kernel is like a policeman over all the activities that use the phone’s hardware, monitoring and managing the performance of RAM or random access memory. For example, when the game or any other type of application wants to show a new screen, the data required for this function is entered into the RAM; after being analyzed by the operating system, the processor and the GPU perform the necessary operations and send them to the screen.

This process finally makes the right color points be placed in the right places, and the desired image is formed. In general, to understand the performance of RAM, you should consider three essential points:

Why is it better to have more RAM in a mobile phone?

Nowadays, RAM plays the role of the main memory of phones and is readily available to the processor to process information. This has increased the speed of today’s phones and created a revolution in developing more advanced and complex applications for these devices.

Today’s devices support multitasking, that is, running several applications simultaneously, and some applications, such as messengers, are always running in the background. For example, let’s say you played a heavy game like PUBG, and at the same time, you get a notification of receiving a text message or even a phone or video call.

To switch between these programs and make calls and run multiple applications at the same time, in addition to a powerful processor, you also need RAM with a lot of capacity so that it can manage the required data in the best way in complex conditions; Otherwise, you may experience poor performance.

The effect of low RAM capacity on phone performance

When the RAM capacity of the device is low, the operating system prioritizes the applications and stores the less necessary applications in the secondary memory to make more space available for the current and running applications. In this situation, more time is spent switching between applications, and the device’s performance may slow down. To eliminate this problem, you may need to clear your cache manually or use applications developed for this purpose.

How does the phone use its RAM?

The RAM of smartphones can be considered a space for accumulating data from running programs. As we said, in the simplest case, the higher RAM capacity of the phone can run more programs in the background without slowing down the performance of the device. However, it is not easy to do this, and phones use RAM for other purposes.

RAM required by the core of the operating system

The Android operating system runs on the Linux kernel, and its memory is directly accessible when the device is powered on. This memory contains information that controls the operating system kernel, drivers, and main modules and stores the input and output data of the seed.

Some folders and files in the phone OS’s root are not accurate. They are pseudo-boot files and store information such as battery levels and processor speed. This pseudo-file information is stored in RAM for use in the operation of Android phones. 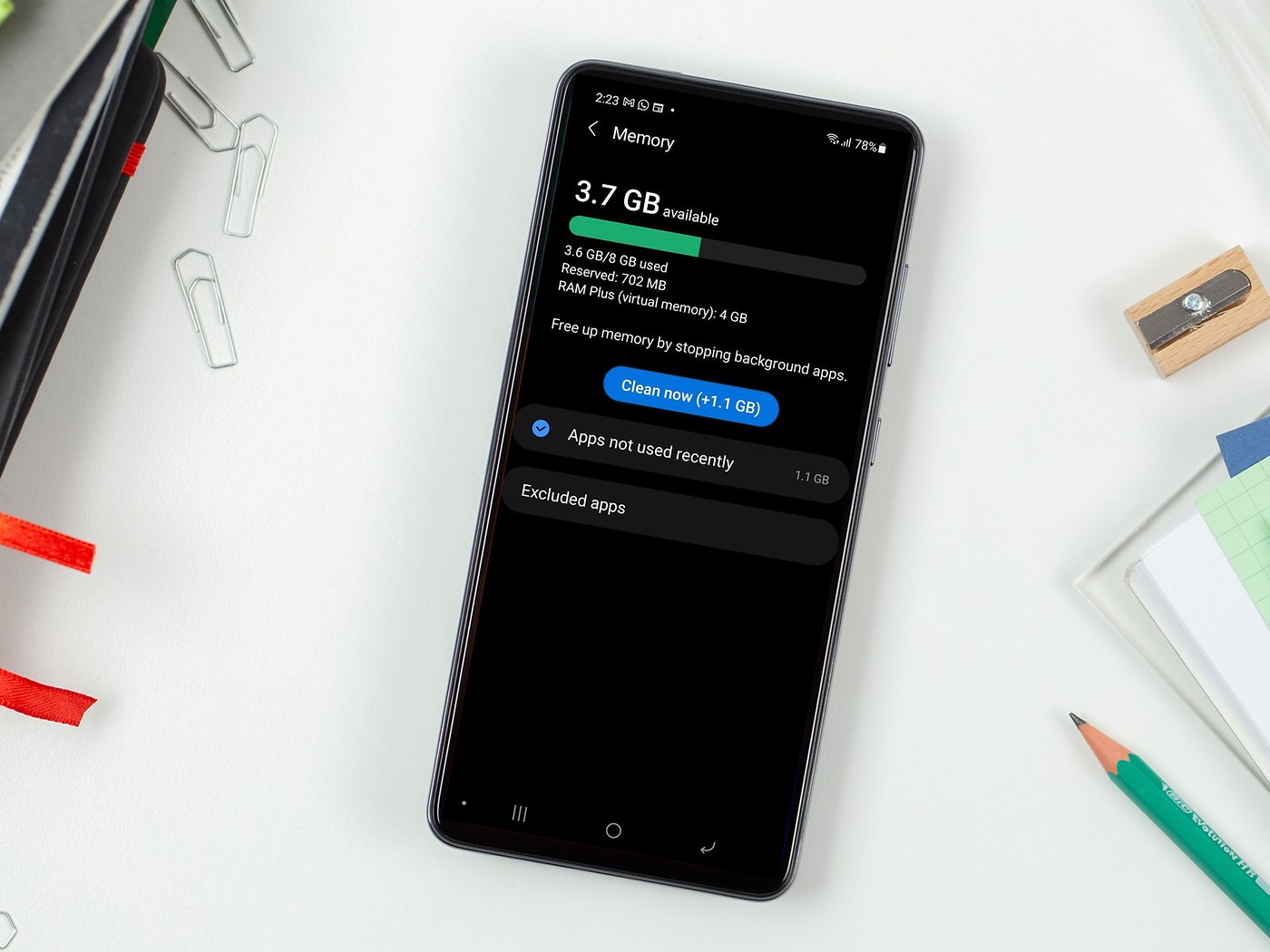 In today’s phones, integrated graphics are used that do not have independent RAM and use system RAM to store information. In addition to the processor, the phone’s GPU also needs memory. This memory is called VRAM.

By turning on the phone and running the operating system, what remains of the RAM storage space is used to run other programs. Of course, a part of the RAM is reserved through the “minfree” settings for tasks that need speed (operating system and low-level management and initial execution of programs).

The operating system developers do not define these basic software settings. Then there is always a tiny amount of free RAM left so that essential functions can run without interruption. In fact, for this reason, the RAM capacity in the settings is not the same as the amount of RAM written in the phone specifications. A portion of this amount (usually around 1GB or more) is reserved for these system settings, and the rest of the RAM is used by running programs.

Random access memory of phones is divided into two categories: Static and Dynamic. In static RAM, data is stored with the help of a six-transistor memory, mainly used as a cache memory for the processor (CPU). In contrast, dynamic RAM allows you to store each bit of data in a separate capacitor on a specific integrated circuit. This type of RAM has a volatile memory and must be constantly fed with voltage; Otherwise, the information stored on it will be lost.

What is phone ROM memory?

ROM stands for Read Only Memory. ROM memory is the permanent storage of data in the phone that cannot be changed or deleted. The ROM occupies part of the storage capacity of the phone. The phone’s operating system and system applications are often installed on the ROM.

The difference between RAM and ROM in the phone

According to what we said, smartphones have differences between read-only memory (RAM) and random access memory (RAM). 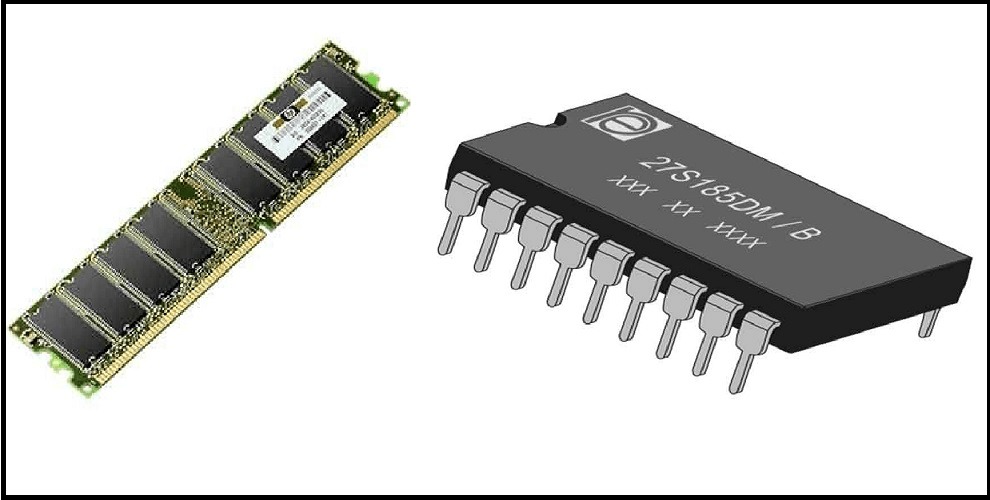 The phone’s ROM is cheaper than its RAM, and the user cannot change it. This type of memory can only be overwritten. In addition to the two items, ROM is non-volatile, unlike non-volatile RAM, and the data stored in it is not lost when the device is turned off. In the table below, you can see the differences between RAM and smartphone ROM: