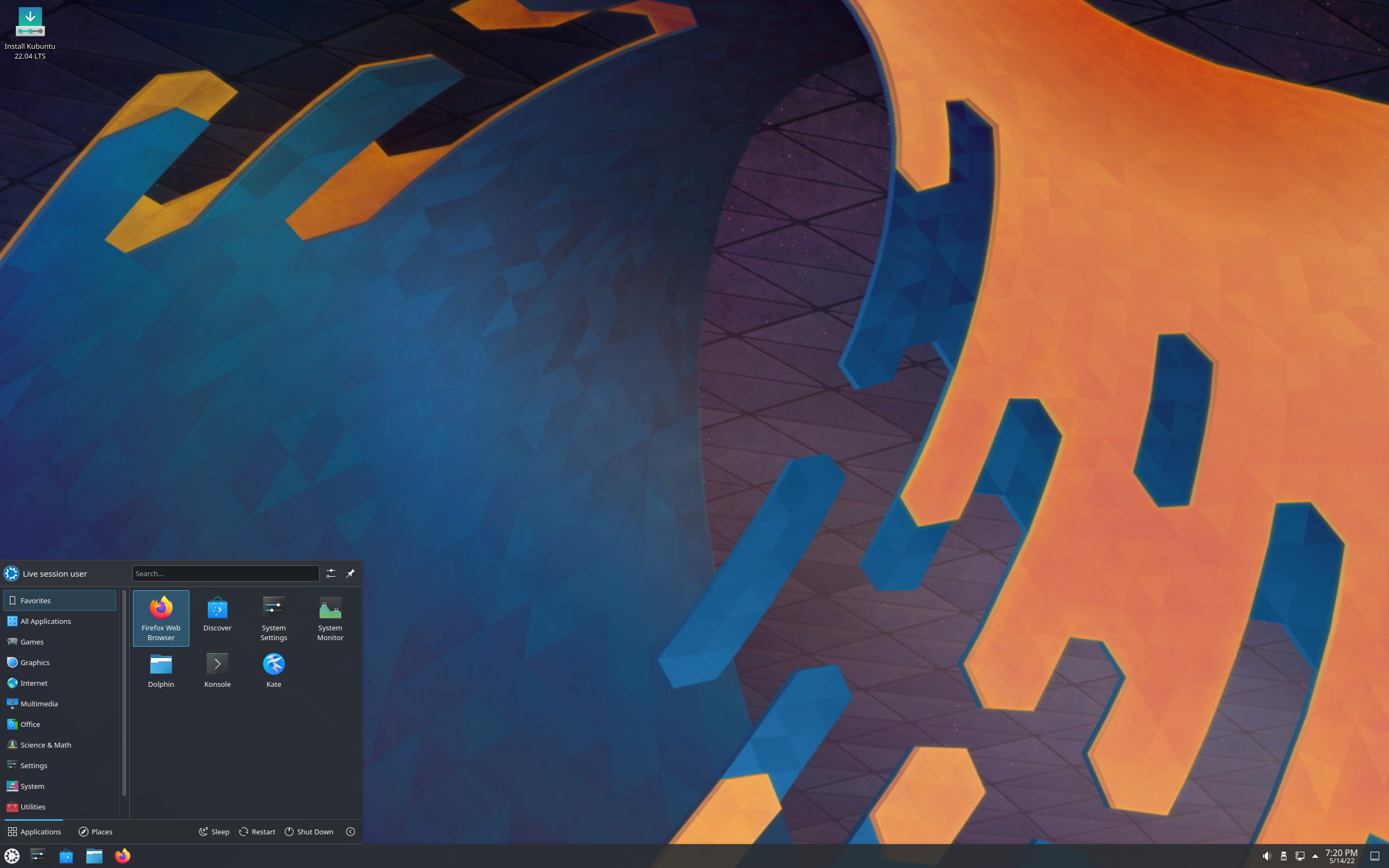 Most users of the Kubuntu operating system believe that the implementation of their daily tasks and business needs is better and easier with this operating system. We aim to cover everything you need to know about Kubuntu OS in this article and get the necessary information. Stay tuned for the rest of the article:

Kubuntu is a member of the Linux family that uses the KDE Plasma desktop. Overall, Kubuntu OS aims to be to the KDE environment what Ubuntu is to the GNOME environment: a great Linux distribution with all the great features of Ubuntu but based on KDE.

From the main programs of Kubuntu, the following can be mentioned that meet the most common needs of users:

This operating system is used for various tasks and is the best option for startups. In the following, we will talk a little more about the differences between Kubuntu and Ubuntu, but also remember that Kubuntu supports graphics that Ubuntu may not handle.

Kubuntu will always be free; you don’t need to pay extra to use its different versions. The infrastructure of this operating system has been developed so that most people can use it. Also, this operating system adheres to free and open-source software principles, and the overall goal is for people to improve and share it while being free to use.

Kubuntu and Ubuntu are both free and open source, but they differ in the user interface because Kubuntu uses KDE and Ubuntu uses GNOME. It is quite clear that Ubuntu is a great operating system, but Kubuntu OS is better in terms of user interface and performance.

A few other differences:

Although using the command line gives users much power, using a system without a user interface increases the user’s limitations. Now that we are talking about the Kubuntu operating system, we will examine the wonderful features of KDE to get to know a little more about the graphical interface of this operating system:

KDE stands for Kool Desktop Environment and attracts the user’s attention because of its power, flexibility, and fun. Among the top features of this graphical interface, the following can be mentioned:
integrity

Kubuntu’s graphical environment, or KDE, integrates well with many applications. Almost all programs that are part of the GNOME desktop also work well in KDE. Customizing the desktop’s appearance by changing the color and theme increases the attractiveness of this operating system. Fonts, widgets, window designs, etc., can be changed, and you can design your desired appearance by downloading and installing new elements.

In addition to the appearance and design, your work with KDE can also be changed. How to open (one or two clicks) files, folders, Bluetooth, and other connections can be easily adjusted, and the amount of charge consumption can also be managed. You can define specific operations for the system according to your application.

Konsole is a terminal-like application for the desktop. The console is a great example of the basic Linux philosophy: “Every program should do one job and do it well.”

Although this program is written for KDE, it can also be used on other desktops. The combination of this program with the graphical interface strengthens the management of the system.

There is a widget for almost everything that can be added to the desktop and moved anywhere. There are widgets for monitoring various aspects of system operation, weather, calculators, clocks, news feeds, messaging, etc.
Ability to use multiple desktops

It might be a bit confusing to use one desktop for multitasking. You won’t face this problem using Kubuntu OS because it can open multiple desktops with KDE. For example, you can use one desktop for normal daily tasks such as checking emails or searching the Internet and another for programming or testing scripts in virtual machines. In general, you should consider separate desktops according to your work to increase your work order and accuracy.

Also, you might be wondering how to switch between these desktops. In this way, you can do the necessary configuration, and the desktops are placed together in the shape of the dimensions of a cube, and moving between them causes the cube to rotate. Overall, you can customize how you access desktops to suit your style.

The Kubuntu operating system is a series of Linux-based distributions that has attracted the attention of many Linux fans due to its flexibility, open source, free, active, and simple user interface.

It should also be mentioned that if you need a server that does not have any restrictions on access to resources according to your application, you can enjoy the excellent performance of the Kubuntu operating system by installing the Kubuntu operating system on a Linux virtual server, as well as The processing power and excellent speed of the server will increase the quality of your work. We recommend you visit the virtual server purchase page of Ded9 Company.

Thank you for staying with us until the end of the article. We hope that reading this article was useful for you. If you have any questions or requests and need guidance, you can contact us by registering your opinion so that we can answer you as soon as possible.