What is IPS? What is the difference with LED? This is a simple guide to these two technologies. In short, it is a newer technology than lead, with a higher viewing angle and higher quality in sunlight and outdoor lighting. You must have seen that on some screens or TVs, when you look at the screen from the side, it is blurred or not seen properly, it does not have this problem, and it also has more brightness.

If you are looking to buy a monitor, you are sure to come across various acronyms that will confuse you.

You’ve often heard about names like LED, IPS, LCD, TFT, and other things. These acronyms are all about monitors or TV screen technology. 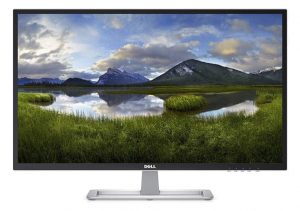 Before introducing IPS and LED, it is best to have a basic understanding of the most widely used and popular current flat-screen technology, namely LCD.

Most monitors and TVs you buy today use LCDs. LCD stands for “liquid-crystal display.” As the name implies, this technology uses liquid crystals to dim the light provided by the active backlight on all LCD monitors.

Before LCD CRT monitors dominated the market, consider them the “old box monitors.”

When CRT monitors were introduced, they had more advantages than LCD models; Like more reactivity and better performance. However, new technologies did not take long to enter the market. LCD monitors have become slimmer, lighter, better, and more modern and are now the dominant display technology for monitors. They also influenced the plasma in the TV market. IPS stands for “in-plane switching” and is one of the most widely used TFT LCD technologies today. In addition, you will encounter TN (twisted nematic) and VA (vertical alignment panels) panels.

IPS panel was created as a tool to fix common defects in other types of panels, such as poor viewing angle and limited color distribution. As a result, most IPS panels today offer a wider viewing angle than TN and VA, although it also displays the most realistic and vibrant colors among the three technologies.

But certainly, IPS panels are not perfect. They are more expensive, not as fast and responsive as TN panels, and can not provide the contrast of a VA panel.

What is an LED? Now to the LED, which is completely different. LED stands for “light-emitting diode” and is not a panel technology. As the name implies, it is a kind of backlight. All LCDs require active backlighting, and LED is the most popular backlight technology today.

About LCD screens There are two types of LEDs: edge-lit and direct-lit.

In Edge-lit LEDs, the LEDs are placed around the edges of the screen. Displays that use this technology are energy efficient, some of which are the thinnest LCDs available, which are very beautiful. However, they may not be as bright as some direct-lit LED displays, and they may also have backlight uniformity and shading problems.

In Direct-lit LEDs, the LEDs are placed on the back of the screen, resulting in better backlight uniformity and greater overall brightness. On the downside, in addition to being a bit more voluminous, they also do not have very good contrast, although it can be reduced by using local light.

Screens that use local dimming are also referred to as “full-array” displays, and while LEDs act like a direct-lit LED display, they are grouped into blocks that Can be turned on or off independently. Certain areas of the screen are darker than the rest.

That being said, IPS and LED are not comparable, but if you want to compare these displays, consider OLED.

While LCDs use active backlighting, the OLED display has no backlight. Instead, each pixel acts as its light source, turning on to display color and off to display black. OLED screens are more energy-efficient and offer great contrast. But this is not the whole story.

OLED, however, has two major problems; Image durability and price.

An image retention (burn-in) problem occurs when some pixels become dimmer over time. If an OLED displays still images for a long time (which you have probably seen while using the desktop), active pixels lose their maximum brightness much faster than less frequently used pixels. The result becomes a rugged display over time.

It is also very simple about the price. OLED production technology is not as developed and widespread as LCD, so OLEDs are significantly more expensive. The supply of OLED monitors is relatively low, and if you are a gamer or a regular computer user, there is no reason to spend much money on such a device.

OLEDs have a whole other story. As mentioned above, OLEDs have many advantages not only over IPS LCDs but also over LCDs in general. However, we think it is useless to discuss its advantages and disadvantages until it is normally available to the average consumer.

Currently, OLED monitors are mostly considered by professionals (artists, designers, photographers, etc.) who are looking for the best color accuracy and can buy these very expensive monitors.

However, if you want to buy a new monitor, the LCD is the only logical choice in 2022. If your priority is image quality over performance, IPS panels with great colors and wide viewing angles are great for gaming. It is also the best choice for professionals who need high color accuracy.