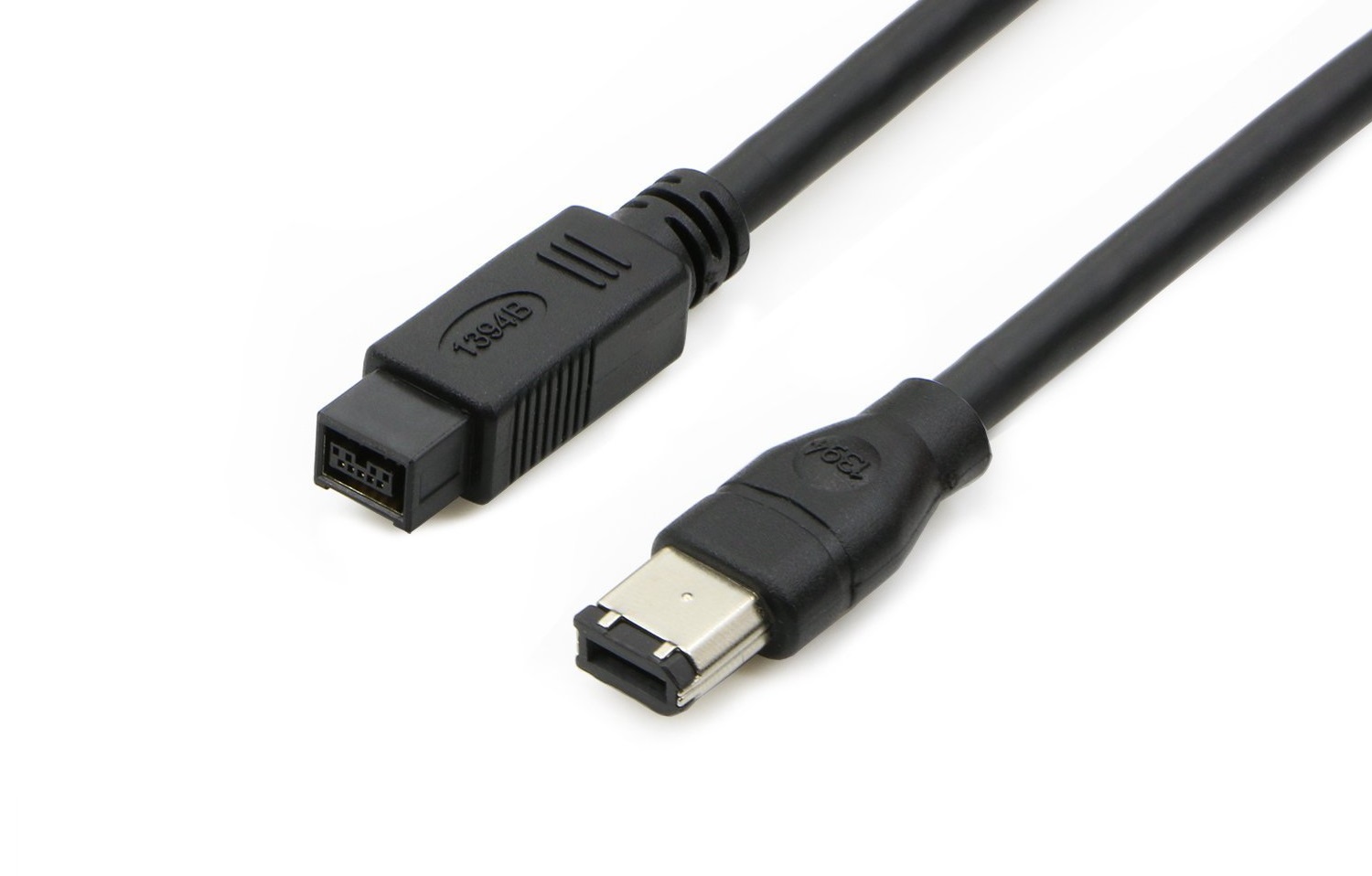 Firewire port, commonly known as IEEE 1394, is a standard connection type for various electronic devices such as digital cameras, printers and scanners, external hard drives, and other accessories. Firewire port usually refers to the cables, ports, and connectors used to connect these external devices to computers. This article is dedicated to the topic of Firewire port, and it is hoped that it will be of interest to you, dear readers.

Among the uses of the Firewire port, the following can be mentioned:

This version offers improved features that include a power-saving mode. IEEE 1394a uses a four-pin connector instead of the six-pin found in FireWire 400 because it does not include power connections. Two years later came IEEE 1394b called FireWire 800 or S800. This nine-pin version of IEEE 1394a supports transfer rates up to 800 Mbps on cables up to 100 meters in length.

The connections on FireWire 800 cables are not the same as FireWire 400, meaning the two are incompatible unless a conversion cable or dongle is used. In the late 2000s, the FireWire S1600 and S3200 were released. They supported transfer speeds of 1.572 Mbps and 3.145 Mbps, respectively. However, so few of these devices were released that they shouldn’t even be part of the FireWire development timeline.

In 2011, Apple began to replace FireWire much faster than Thunderbolt, and then in 2015, at least some of its computers used USB 3. C ports are compatible with USB 3.1.

Difference between firewire port and USB

Firewire port and USB are similar in terms of purpose. They both transfer data but are very different in terms of access and speed. You can’t support the Firewire port on almost every computer and a device like your USB. Most modern computers do not have a Firewire port because using this port is an additional cost and may not be possible on every computer. The latest USB port standard, USB 3.1, supports transfer speeds of up to 10,240 Mbps, which is much faster than the 800 Mbps that FireWire supports.

However, USB devices cannot connect, but FireWire devices can. USB devices require data processing after leaving one device and entering another device. While the USB connection is one of the most common and widely used means of connecting computers and peripherals, the Firewire port is another data transfer method. Between devices, and depending on specific needs, you may find that one or both of these connections are useful. However, converting a Firewire port to a USB is much more difficult than using an adapter.

What is a Firewire port?

A firewire port is usually used for all cables, ports, and connectors to connect these types of external devices to computers, and a standard type of connection for various types of electronic devices such as digital cameras, printers, scanners, external hard drives, and Other accessories.

What is the difference between a firewire port and a USB?

Firewire and USB ports transfer data, but they differ greatly in access and speed.

What is the difference between a firewire port and a USB?

Among the differences between the Firewire port and USB, the following can be mentioned: