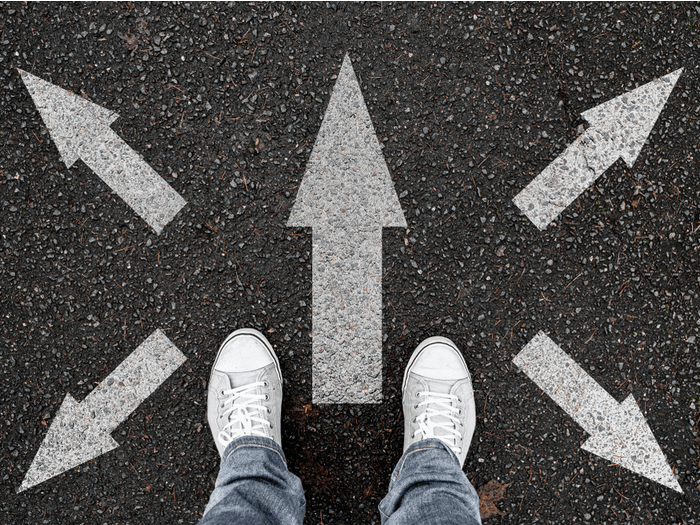 Making a decision is easy, but making a good decision requires effort and thought. This statement is the foundation of an important issue that I want to talk about.

We may not find anyone in our lifetime who does not want to make good decisions. But now and then we come across people who either admit that they have made bad decisions or that this can be deduced from the effects and results of their work; Of course, if we are not part of this group!

In the classical literature of psychology and management, decision making is considered as the ability to choose one option from among other options to achieve a certain result. So, what is clear in the decision-making is that the options already exist and the main issue is to choose the best or the most appropriate option. Therefore, the decision-making discussion arises after the problem-solving discussion, in which the various options are considered.

One of the issues that make the discussion of decision-making so important and at the same time wide-ranging is the issue of responsibility. In fact, every decision leads to results that the responsibility for these results is primarily with the decision-maker. Depending on the decision, the consequences can affect us for a lifetime.

Why is the decision difficult …

The old world was simple. The number of decisions each person had to make was very small; Especially on important issues of life such as marriage, the number of children and their education, place of residence, occupation, type of food, clothing, etc. Most of these decisions were made in advance through social rules and regulations, and the rest by senior members.

The family was taken.

While many people today have to make many of these important decisions alone and with little information and often face the consequences alone.

Let me illustrate with examples and comparisons the pressure on human beings today to make decisions. In the simple world of yesterday, a person born into a family, whether rich or poor, usually completely lost his job and the way of life of his family and did not allow himself to step out of the designated area.

He was not stressed about choosing a job and usually did not have to make a decision. Father jobs for boys and housekeeping for girls; His decision had already been made. Therefore, the pressure of career success, which was a major concern for many people in today’s society, was basically non-existent.

The marriage was performed in the same way at the discretion of the mother, father, and family, and even the place of residence was already prepared: either the father’s house or a room added to the father’s house.

So there was no news of all the pressures on marriage and housing that young people today feel, and sometimes even push them to the brink of mental and physical illness.

People usually lived in the village or town where they were born until the end of their lives, and there was no news of the phenomenon of migration and all its heavy psychological and social burdens, and it was only for a few special people who decided to live differently.

Today’s young people around the age of eighteen, having been accepted to a university in another city, face both the burden of internal migration and the distance from family, as well as the consequences of deciding on a field of study, success in education, and pursuing a career path.

All my life. Let’s not forget that first of all, passing the entrance exam barrier and choosing the right field of study and university is itself a story full of tears.

But the painful thing is that all these decisions must be made while the adolescents and young people we are discussing are not yet mature enough in terms of intellectual and emotional development and do not have enough knowledge and information to make these important decisions.

Let’s not forget that first of all, crossing the entrance exam barrier and choosing the right field of study and university is itself a story full of tears.

But the painful thing is that all these decisions have to be made while the adolescents and young people we are discussing are not yet mature enough in terms of intellectual and emotional development and do not have enough knowledge and information to make these important decisions.

Let’s not forget that first of all, crossing the entrance exam barrier and choosing the right field of study and university is itself a story full of tears. But the painful thing is that all these decisions have to be made while the adolescents and young people we are discussing are not yet mature enough in terms of intellectual and emotional development and do not have enough knowledge and information to make these important decisions.

Why is this so?

Why is there so much pressure on today’s youth? Because in today’s world, everyone is responsible for the decision they make. If you choose math as a teenager, the consequences of this decision will often stay with you for the rest of your life.

In the old world, if you were a blacksmith, you probably wouldn’t be so upset; Because your father, uncle, and grandfather were also blacksmiths, no one would judge you for not being wise.

Your life situation was probably like that of other blacksmiths in terms of success, finances, and social status. But before reaching the point of choosing a job, today’s young people have seen thousands of movies, books, websites, and social media pages that talk about successful people, entrepreneurs, Bill Gates and Ilan Musk, and our young people, who have not yet reached full intellectual maturity, feel He says that if one of these is not done, he has lost his life.

Why don’t we make a good decision …

Usually, no one hates a good decision. But the fundamental question is why people sometimes make decisions whose consequences have a devastating effect on their own lives and perhaps the lives of others. Don’t we all want success, happiness, health, and joy? So where do these bad decisions come from? Why do we do the most harm to ourselves and our loved ones with ill-considered decisions?

In fact, it is true for most people that each person is his own greatest enemy. We often express this enmity with bad decisions and worse habits.

There are many reasons why we make bad decisions. There are different answers to this question, depending on what angle you look at it from and what your thinking is.

But because of my interest in psychology, I point out here two important psychological factors in answer to the question of why we make bad decisions; While I accept that other factors, even other than the ones I mentioned above, are involved in this:

Mental illness and personality disorders are among the factors that can consciously or unconsciously influence our decision-making process. Imagine a manager with an obsessive/compulsive disorder or personality disorder who wants to make decisions about the company’s sales strategy. Such a manager can not even easily decide whether to buy a chair for his office, let alone a sales strategy that involves several other factors.

Without going into the subject of psychology, I would just like to point out that mental illness refers to situations and conditions that negatively affect a person’s thoughts, feelings, emotions, and behavior, disrupt some of his or her normal functioning, and cause personal suffering…

It may be asked how many people are mentally ill and whether it is necessary to mention it in the decision-making discussion.

In response, I must point out that mental illnesses – which affect about 22% of the general population -, along with personality disorders and cognitive biases, make up a significant portion of society as a whole.

By mental illness, I do not mean acute illnesses such as schizophrenia or psychosis. Rather, I am referring to cases in which a person, despite having a mental illness, still retains some of the functions of his or her daily life and is forced to make decisions that affect his or her own life and that of those close to him or her, whether in the family or The work environment has devastating effects.

And sleep is just a few of the mental illnesses that most sufferers are active in the social environment and can maintain part of their daily functioning while having to make various decisions in different areas.

An example is Bipolar Disorder.

This condition, also known as depression/mania, causes a person to experience many mood swings. Sometimes he suffers from severe depression in which he does not see the motivation and ability to do anything, and sometimes he experiences such joy and mania that he feels that he is capable of doing anything.

These people, especially in periods of mania, make decisions – such as investing in a business or starting a college education – and move forward to some extent, but when the period of depression is over, they are no longer excited.

There is nothing left but passion and excitement. The result of those decisions usually manifests itself in financial losses and even bankruptcy.

Obsessive-compulsive disorder is defined as the inability to make decisions and choose an option from among others. With such a problem, how can we be sure that the decision we are making is correct?